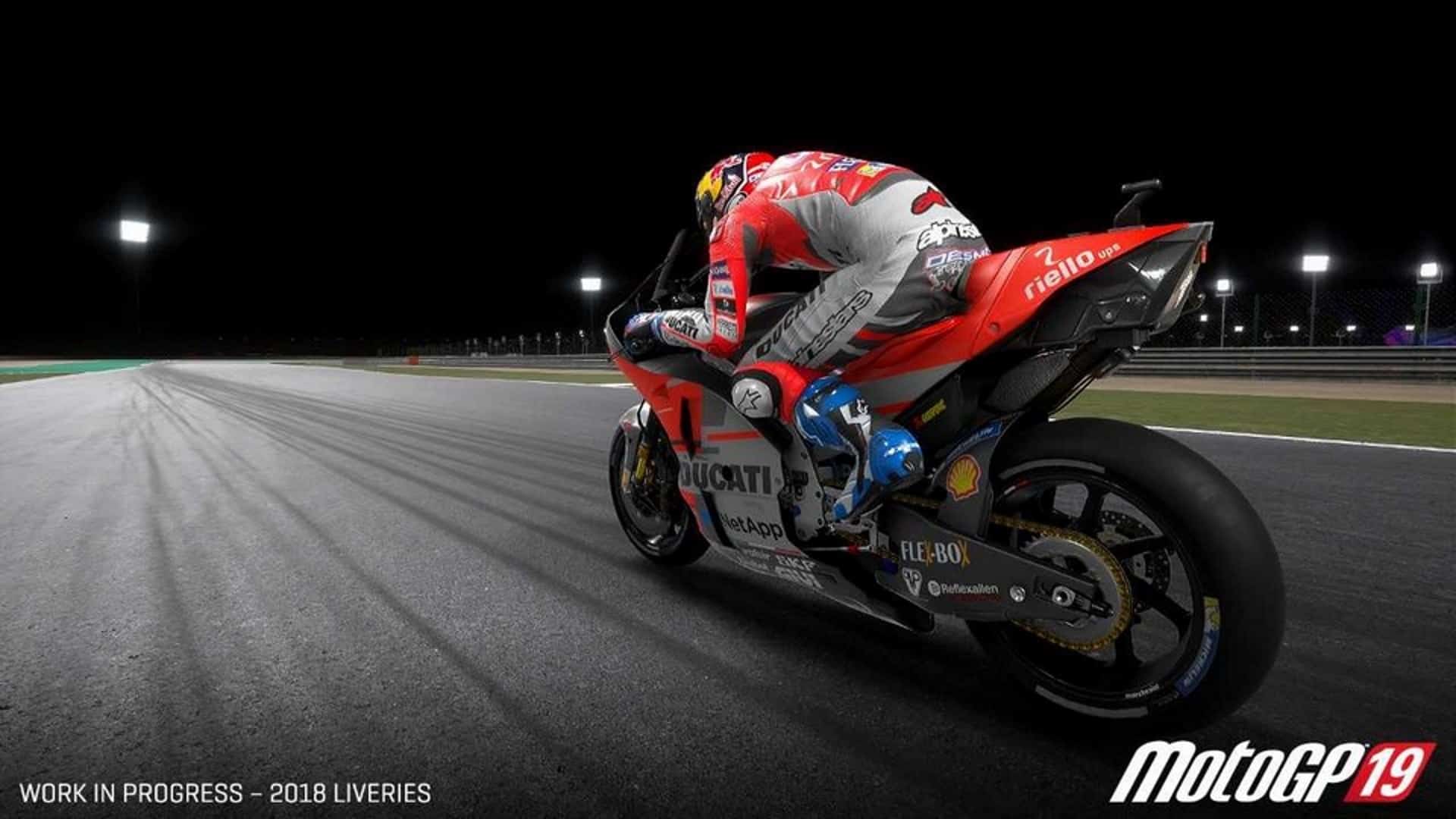 Milestone and Dorna Sports S.L. are proud to announce that MotoGP™19, the new chapter of the beloved franchise MotoGP™19, will be released on June 6th on PlayStation®4, Xbox One, Windows PC®/STEAM, launching a few weeks later on Nintendo Switch™.

MotoGP™19 celebrates Milestone and its community’s passion for bikes and racing, with unique technological innovations to create a truly realistic experience and a challenge never seen before. With MotoGP™19, players can participate in the 2019 Season, racing against MotoGP™ champions or they can take on the role of a young rider, climbing the ladders of the Red Bull MotoGP™ Rookies Cup to reach the top class.

Milestone developers listened to players feedback and have given the community what they’ve been asking for: a harder challenge to push them beyond their limits, a smoother multiplayer experience to enjoy races with friends and more single player content.

Here’s a snapshot of the main innovations introduced in MotoGP™19:

To provide players with the most challenging experience, it was necessary to introduce a new paradigm, a revolution. Milestone and Orobix – a company specialising in engineering Artificial Intelligence solutions – have worked more than 2 years on a revolutionary AI system based on Neural Networks. The result? An AI incredibly fast on the track with extremely realistic behaviors.

With new Dedicated Servers, the multiplayer experience in MotoGP™19 will be incredibly smooth and gratifying. No lag, no excuses in defeat! Together with better performance, multiplayer mode introduces a brand-new Race Director Mode, to make online challenges with friends even more compelling.

One of the most beloved game modes for MotoGP™ fans makes its return. With Historical Challenges, players will be able to take on the role of legendary riders and live out rivalries that made history in MotoGP™!

Unique style for every rider

MotoGP™19 is loaded with new tools to create a unique rider, choosing from a huge selection of the most beloved accessories and brands; with graphics editors you can design your own helmet, race numbers and lower butt patches just like the real MotoGP™ champions do.

A new class of competition

Just like in the real MotoGP™ 2019 season, this year marks the debut of the new FIM Enel MotoE™ World Cup, where zero-emissions motorbikes will take on some of the most famous circuits of the MotoGP™ Championship.

After two successful seasons, Dorna and Milestone confirm the MotoGP™ eSport Championship again for this year, where players coming from all over the world will compete to win the World Champion title.

This third edition of the MotoGP™ eSport Championship will have a new format, to make it even more spectacular and competitive; more information will be revealed later this year.

MotoGP™19, will be released on June 6th on PlayStation®4, Xbox One, Windows PC®/STEAM, launching a few weeks later for Nintendo Switch™.