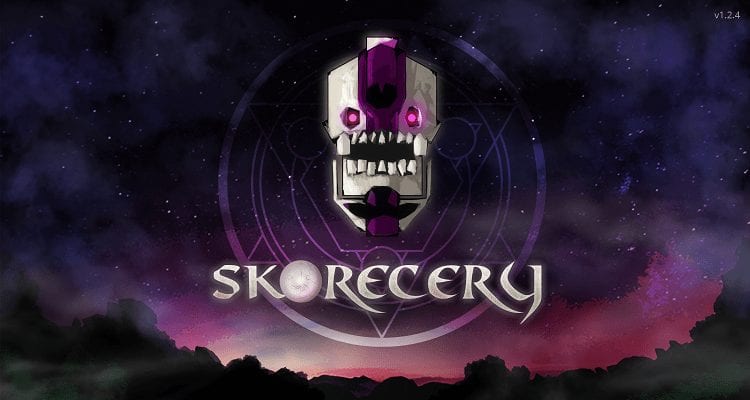 Combining the gameplay of classics like Pong and Breakout with the fast-paced chaos of Super Smash Bros., Skorecery pits 2-4 local players against each other in thrilling competition. Choose from a variety of Modes, Arenas, and sorcerers before facing off in intense skirmishes. Use wits and precise movement to gain control of the Arena’s ball and fire away at your opponent’s runes to secure the victory.

Competitors can choose from half a dozen offensive and defensive Spells that can be used to turn the tides of each match. Equip Speed to gain lightning-fast movement and skore a quick point or harness the power of Ethereal Hand to control a portal that can secure the ball even when it is out of reach. Experiment with different Spells and playstyles to learn new strategies and overcome your competition.

Sorcerers can hop straight into preset Modes or modify rules with Curses to create exciting new ways to compete. Curses can be used to modify gravity, physics of the Arena’s ball, abilities, and more, allowing for the creation of new competitive rulesets or madness-inducing matches for friendly gatherings. With simple-to-learn controls and deep strategies waiting to be discovered, Skorecery provides mystical multiplayer mayhem for both casual and competitive players.

* Accessible controls that take seconds to learn and endless hours to master
* Engaging 1v1 battles, free-for-all matches, and team skirmishes for both friendly and competitive gatherings|
* Various Modes, Arenas, and Spells to choose from
* Experimental Curses that can be used to modify physics and abilities of each match
* Advanced audio dynamics that adjust to the intensity of each skirmish

“Our goal while developing Skorecery was to make an exciting and accessible pick-up-and-play local multiplayer game. We wanted to create something that had tight controls and was intuitive to play, but also gave players the freedom to experiment and challenge themselves. With different Spells, Modes, and Curses, 2-4 players can cater their experience towards chaotic party play or punishing competitive matches.” – Eric Peterson, co-founder of GrappleHook Games

Skorecery is now available for purchase on PS4 for $9.99 USD.