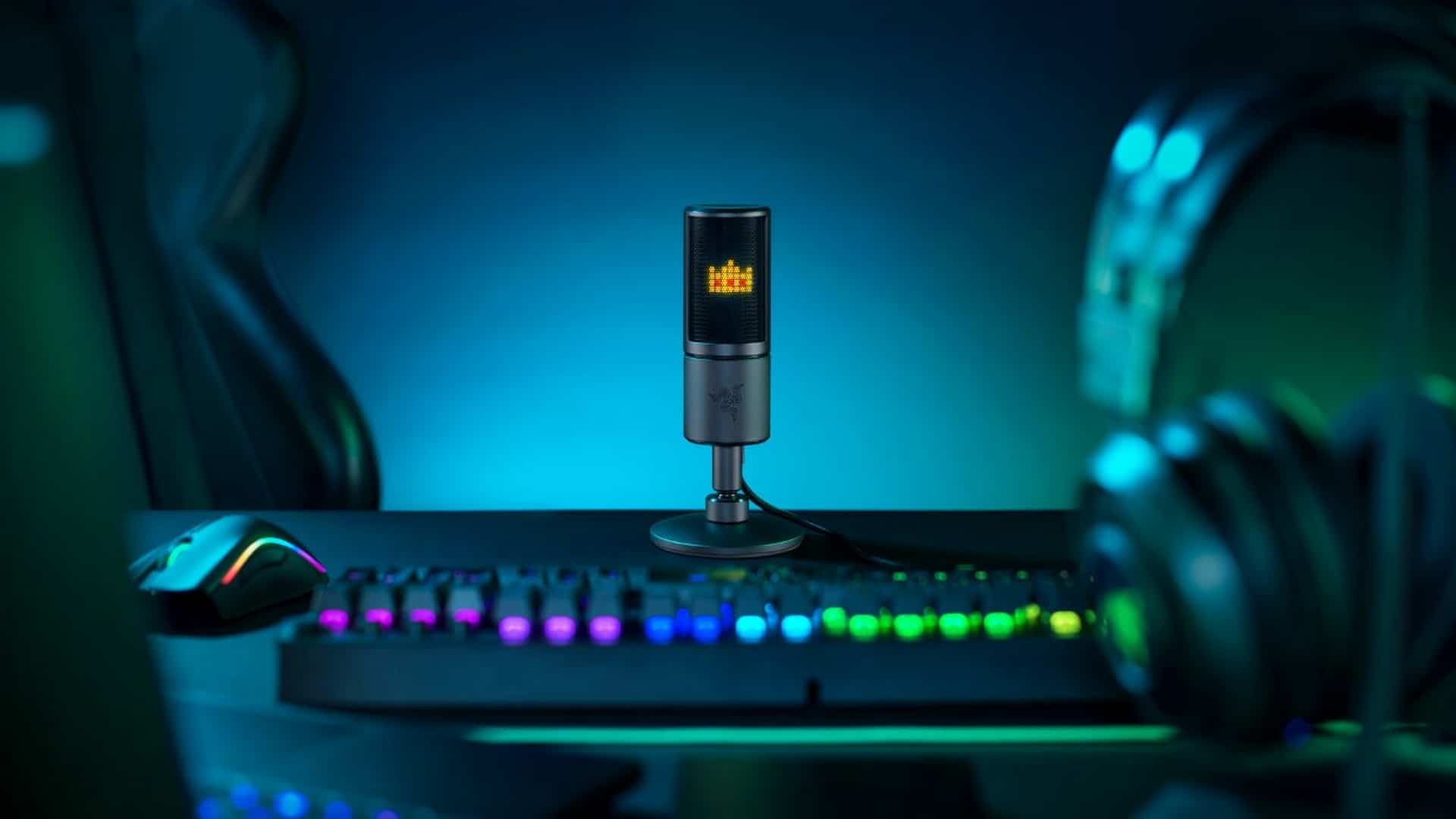 Razer™, the leading global lifestyle brand for gamers, today introduced the Seiren Emote, the world’s first professional-grade streaming microphone featuring an emoticon display. The Razer Seiren Emote synchronises the emoticons displayed on the microphone to on-stream events, allowing streamers to engage with their audience in a whole new way.

Build new ties with your community
At the heart of the Seiren Emote is the world’s first 8-bit Emoticon LED display powered by Razer’s Emote Engine. The Emote Engine synchronises emoticon responses to on-stream audience interaction like alerts, chat messages, follows, donations and more. Streamers are free to express themselves and entertain in their own unique way through hundreds of presets or customisable emoticons that they can add or design themselves.

“Up-and-coming streamers are looking for more ways to engage with their fans and grow to new heights in order to become like their idols,” says Alvin Cheung, Senior Vice President of Razer’s Peripherals Business Unit. “With the Razer Seiren Emote, we are providing them with a new creative avenue, enabling an additional layer of interaction between streamers and fans that is truly fun and engaging.” 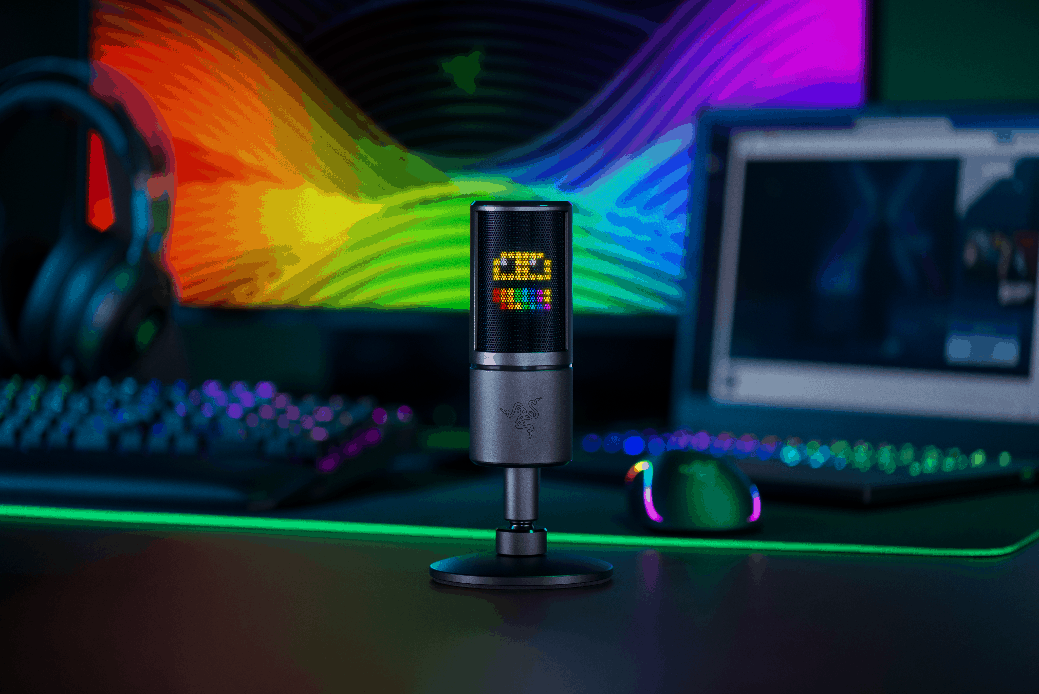 The Razer Streamer Companion App sets up the interactive emoticons on the Seiren Emote’s 8 x 8 grid display. In the app, users will find an emoticon editor, an emoticon library to save their designs, and controls to set up and manage emoticon stream triggers. Users can select which emoticon will be displayed based on what action is triggered. 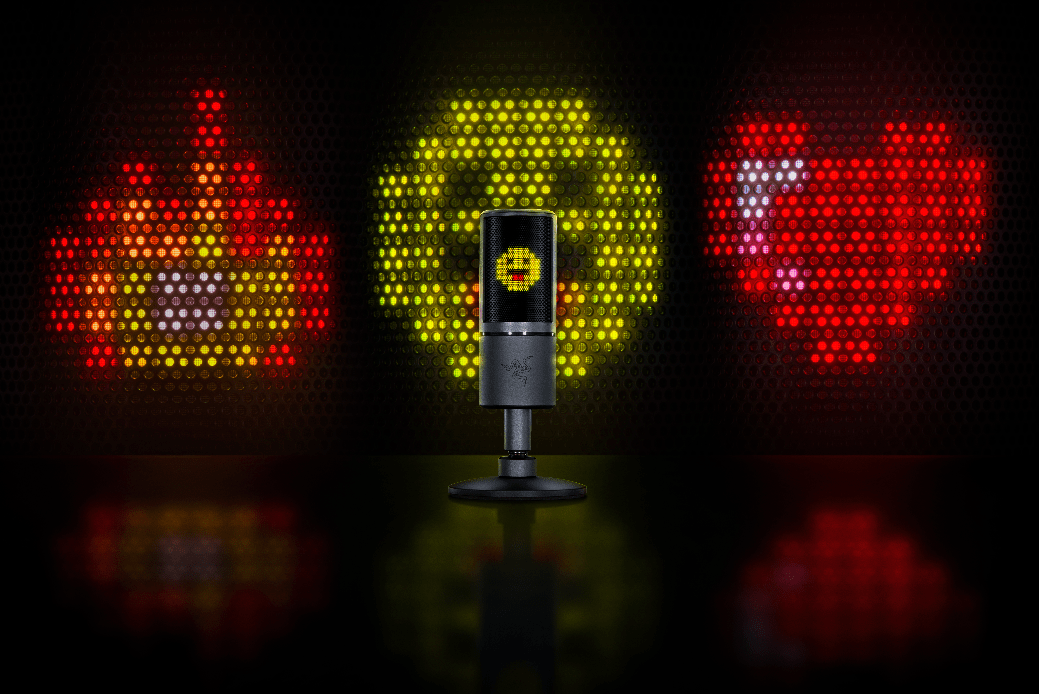 Professional grade microphone for professional grade streaming
Professional streamers need a crystal-clear microphone to entertain. The Seiren Emote utilises a hyper-cardioid pickup pattern that captures the subtle nuances in voice, while eliminating any background noise that might disrupt their streams. The hyper-cardioid pick up pattern is a tighter more focused pattern compared to the regular cardioid pattern for greater reduction in background noise.

During the heat of the moment, accidental knocks and bumps are bound to happen. To protect against unwanted noise, the Seiren Emote features a built-in shock mount.

The Seiren Emote also features an interchangeable gooseneck that extends the microphone’s height, making it flexible enough to be placed in the best position possible to display its unique emoticon display.

ABOUT THE RAZER SEIREN EMOTE