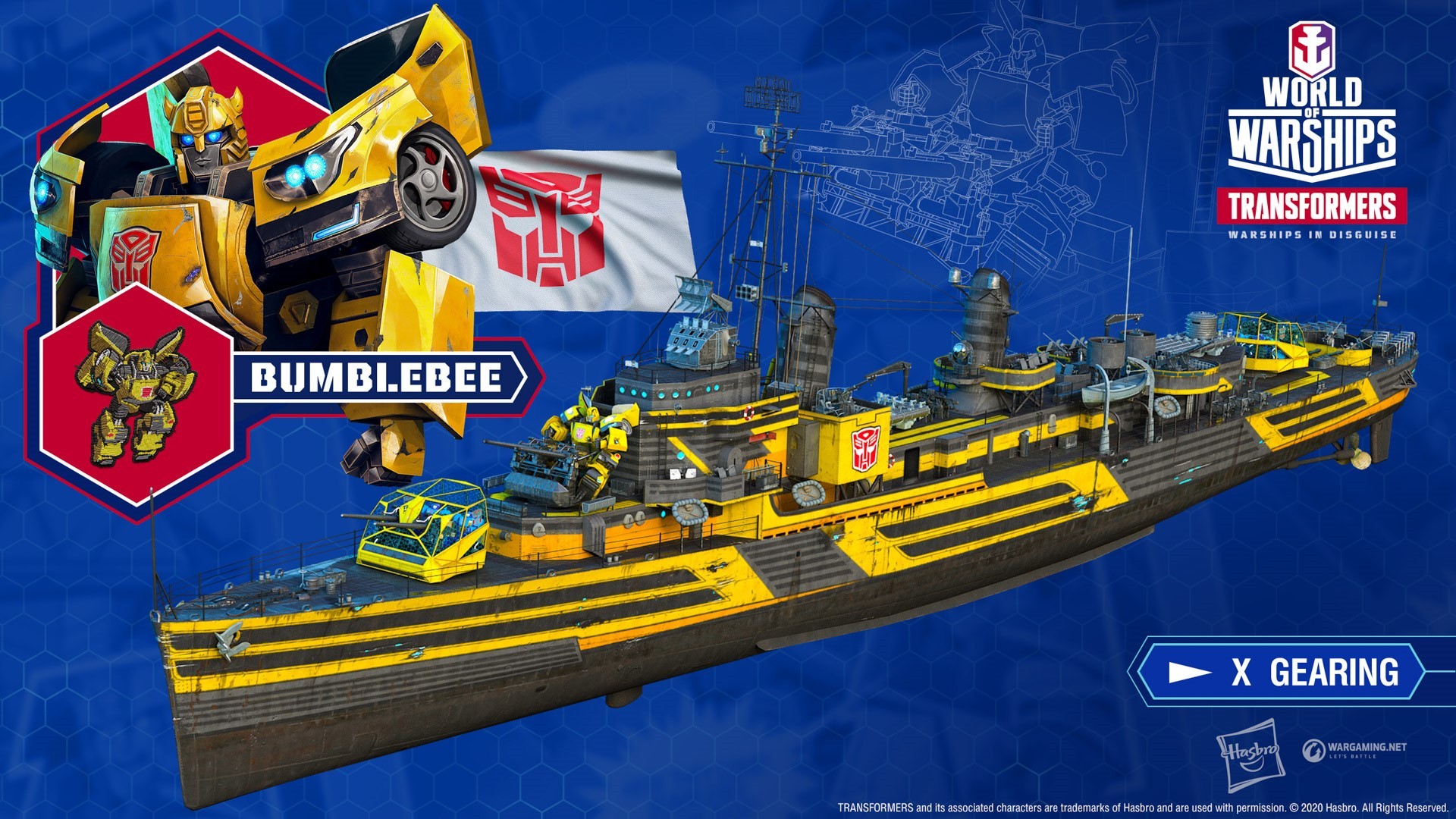 Wargaming and Hasbro, Inc. have announced today that Transformers will be coming to popular naval combat games World of Warships on PC and World of Warships: Legends on consoles for a limited time thanks to this exciting new collaboration. Autobots and Decepticons will be introduced as themed ship skins and commanders in a much-anticipated update planned for this September.

Four iconic Transformers characters will be released initially as unique ship skins and commanders with recognisable phrases and voiceovers. Optimus Prime and Bumblebee will set the stage for the Autobots, with Megatron and Rumble to be available as their eternal foes – the Decepticons.

“Generations were raised with the Transformers franchise. Starting from the 1980’s animated series all the way to the latest movies, we instantly fell in love with the robot characters that captivated our imagination. Having the chance to feature them in World of Warships was a dream come true for many of us” said Philip Molodkovets, World of Warships’ Executive Producer. “Our love for big, epic metal warriors is mutual! Therefore we paid special attention to bring Transformers characters to life in details and true scale, side by side with legendary warships.”

“We’re thrilled to bring the Transformers brand to life in World of Warships through this unique collaboration” said Mark Blecher, SVP Corporate Strategy and Business Affairs at Hasbro. “Combining the might of warships and Transformers adds a whole new dimension to combat for fans of both franchises”.

The coming Transformers collaboration with World of Warships will also bring a host of other new content, including special Transformers containers, dedicated in-game Tasks and Directives, consumable camouflages, commemorative flags and patches, and more.

About World of Warships

World of Warships is a free, historical, online combat PC game from Wargaming. With its massive fleet of most iconic war vessels, including four different ship classes and strategically designed environment, World of Warships provides the ultimate naval warfare gaming experience, suitable for everyone. Thanks to its largest collection of historically accurate ships available to play, World of Warships prides itself as a digital ship museum and a focal point for naval history enthusiasts.
New thematic content and innovative game modes are being added on a regular basis, providing a diverse and exciting gameplay to its broad player base.