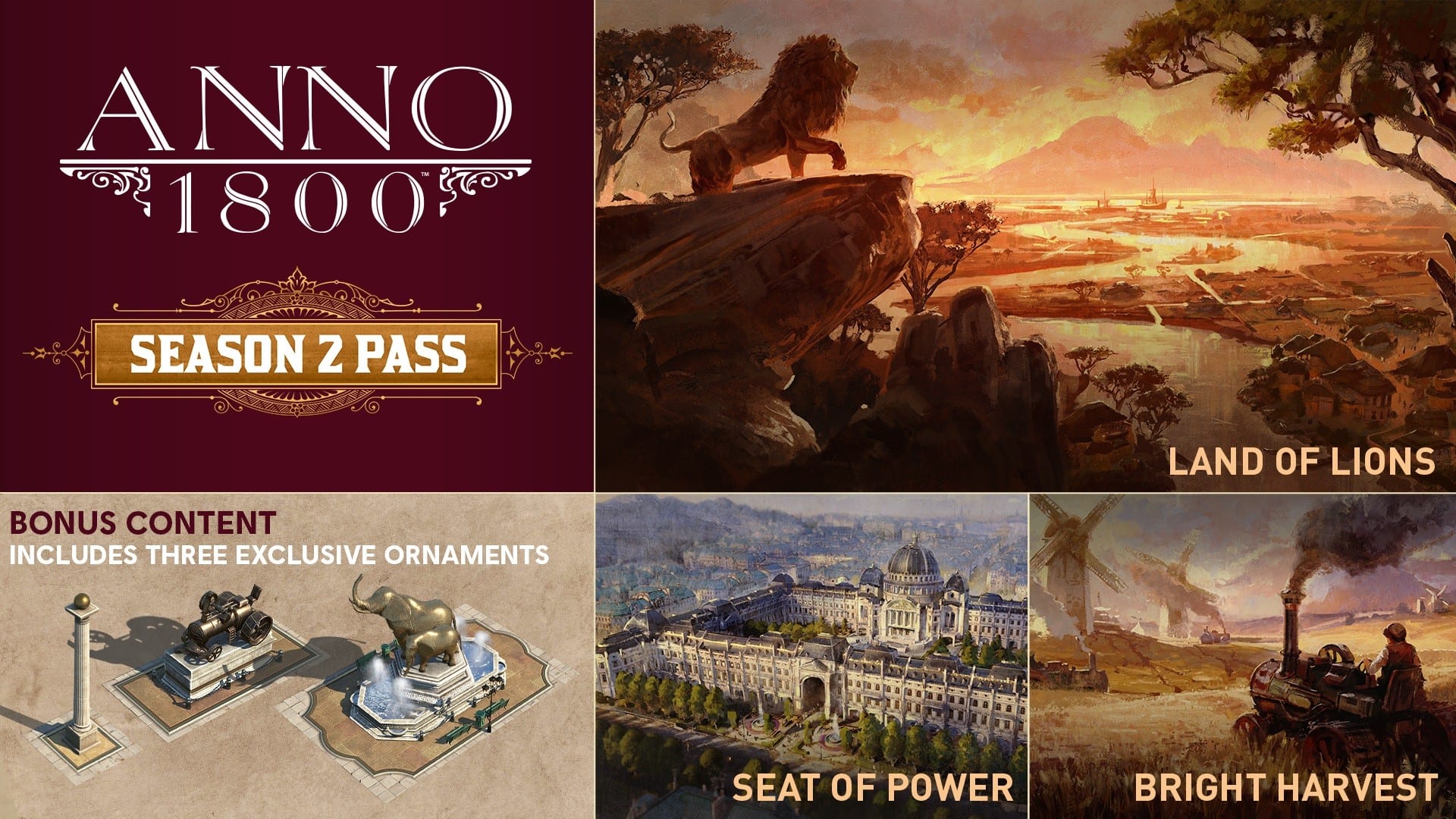 Today, Ubisoft announced that Anno 1800™, the latest installment in the successful city-building and strategic franchise, will get a Season 2 Pass including three new major DLCs to be released in 2020. The first one, Seat of Power, will launch on March 24th. In addition, Ubisoft announced the game has reached more than 1 million players* around the world.

Released on April 16th, 2019 for Windows PC, Anno 1800 was already the fastest selling Anno game at launch and was able to consistently expand to new players throughout 2019 and will continue to do so in 2020. To celebrate this milestone, all Anno 1800 players will receive a unique free ornament** today and everyone will be able to discover Anno 1800 for free from March 12 to March 16.

“Our team at Ubisoft Mainz is extremely happy about the results of Anno 1800 so far and thanks to the constant feedback by the community, we are highly motivated to bring new content to the Anno brand in 2020”, says David Wightman, Studio Manager at Ubisoft Mainz.

With the Season 2 Pass, players will have access to new adventures, challenges, and tools as they shape their very own Industrial Revolution. The Season 2 Pass includes the three following DLCs to be released throughout 2020:

For more than two years, Anno 1800 has invited players to take part in the creation and the development of the game by giving feedback through the Anno Union. So far, more than 200 blogs have been published, 18,000 comments posted and 5 community contests organized. This collaboration between players and the studio enables the development team to shape the game and add requested community features.