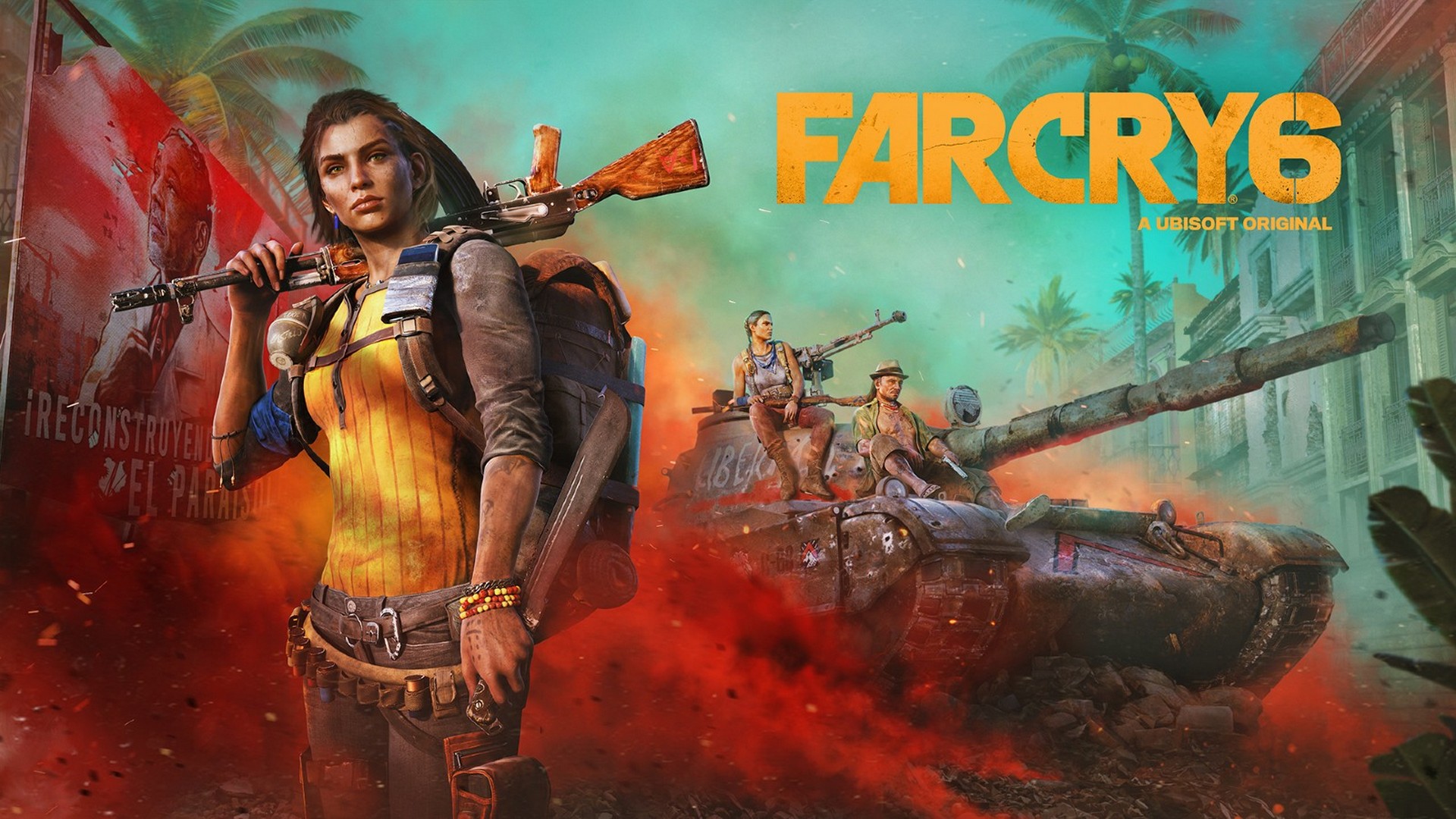 Ubisoft have unveiled the full Far Cry 6® post-launch plan. In addition to the Season Pass, which includes three DLC episodes where players will delve into the minds of legendary Far Cry villains, Far Cry 6 has revealed an extensive content roadmap to bring a steady stream of fresh content to the game following its release on October 7, 2021.

With the Season Pass, players will take control of the series’ most notorious villains: Vaas Montenegro, Pagan Min and Joseph Seed – all played by the original cast. Over the course of three DLC releases, players will embody a different villain struggling to escape the horrors of their own minds in a brand new “die and retry” experience inspired by the roguelite genre. Starting with nothing more than a pistol to defend themselves, players will need to find new weapons and unlock power-ups to become stronger and progress deeper into the depths of the villains’ psyches. Blending intense action and storytelling, each DLC will provide a unique opportunity to better understand each villain’s past, personal demons and motivations. 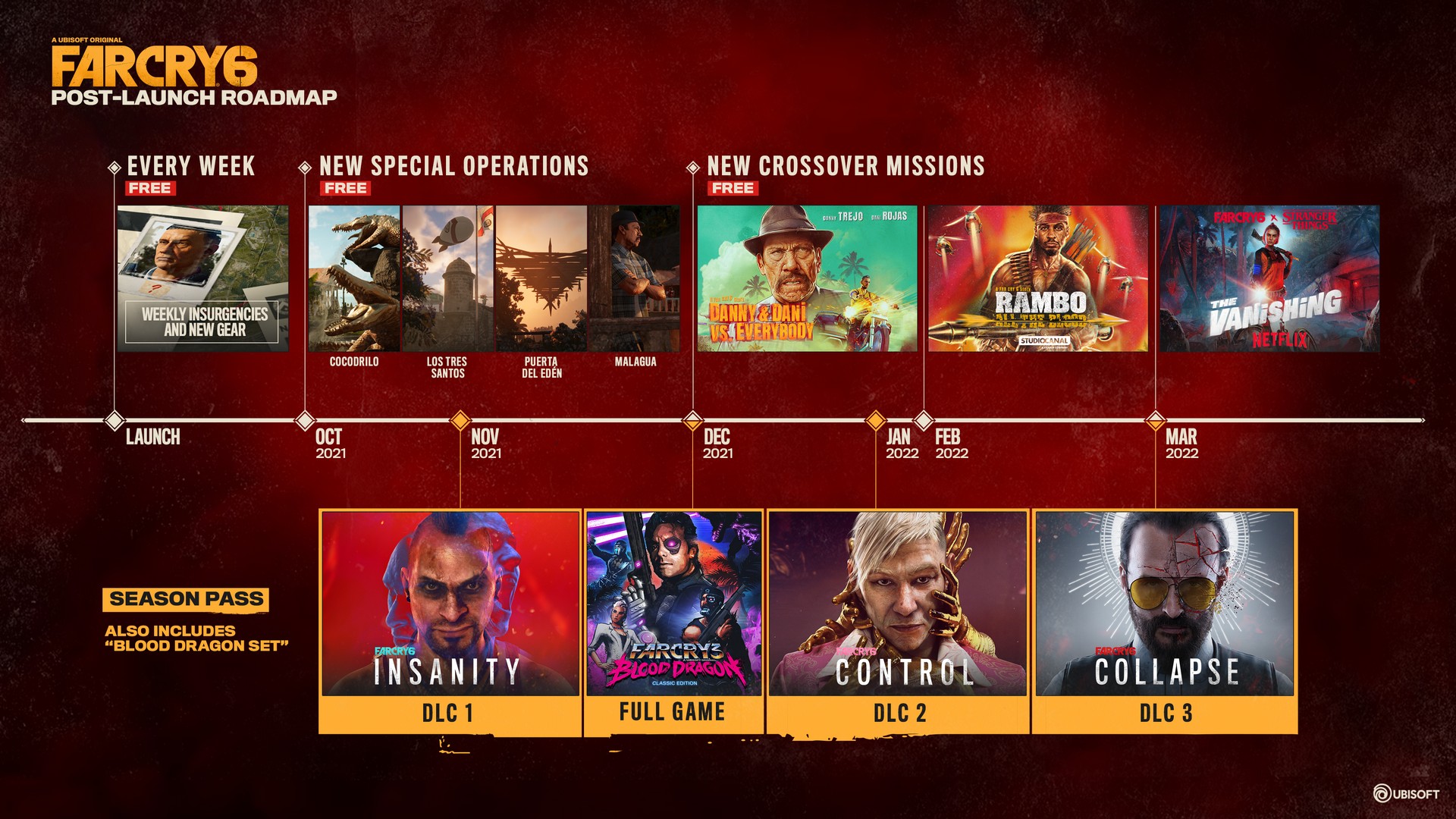 Additionally, the fight for a free Yara will continue with the addition of regular, free content, expanding on the Far Cry 6 universe after the release of the game. Playable in solo or two-player co-op, this robust mix of content will include:

There will be more to come as the Far Cry 6 development team is committed to building and improving on the core experience with new, yet to be revealed content.

Far Cry 6 will release worldwide on October 7, 2021, on Xbox Series X | S, Xbox One, PlayStation®5, PlayStation®4, Stadia, and for Windows PC on both the Epic Games Store and the Ubisoft Store, as well as on Ubisoft+***, Ubisoft’s subscription service.