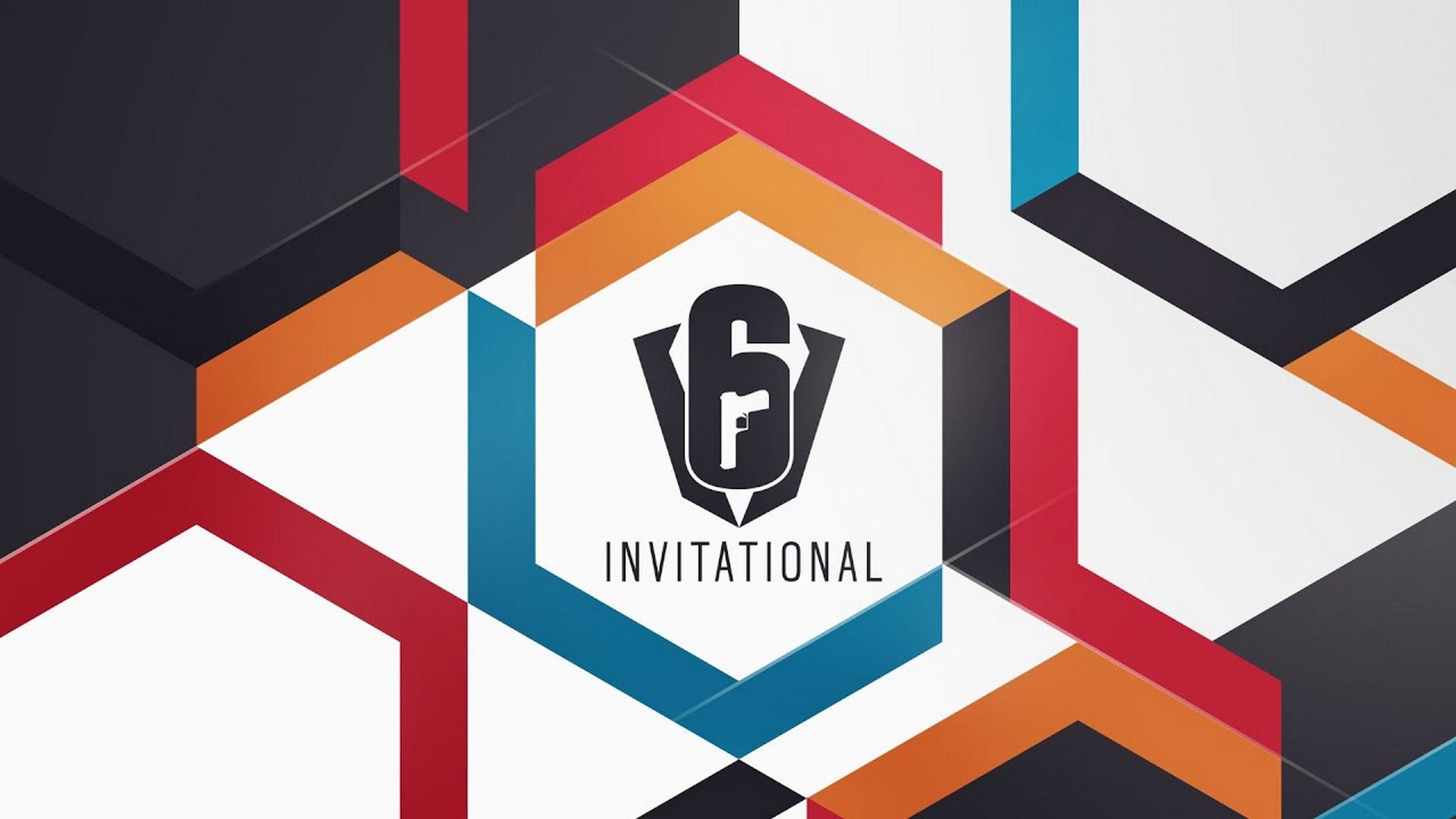 Today, Ubisoft® unveiled the key updates coming to the Tom Clancy’s Rainbow Six® Esports programs in Asia-Pacific, Europe, Latin America and North America, as well as its new plans for the Six Invitational 2021.

Recently postponed due to travel restrictions implemented by the French Government, the fans and pro teams’ most-anticipated Rainbow Six Esports competition of the year is now scheduled for May 2021. The Six Invitational 2021 will replace the May Six Major. The exact location and dates will be communicated at a later time.

To leave room for the Six Invitational 2021, the calendar for Stage 1 has been adjusted in each region.

More information on the adjustments coming to the Six Invitational 2021 schedule, including the Stage 1 specific calendar, is available: HERE

Additionally, building upon the learnings from the 2020 Season and community feedback, Ubisoft revealed the updates coming to the Rainbow Six Esports programs across all regions in 2021: 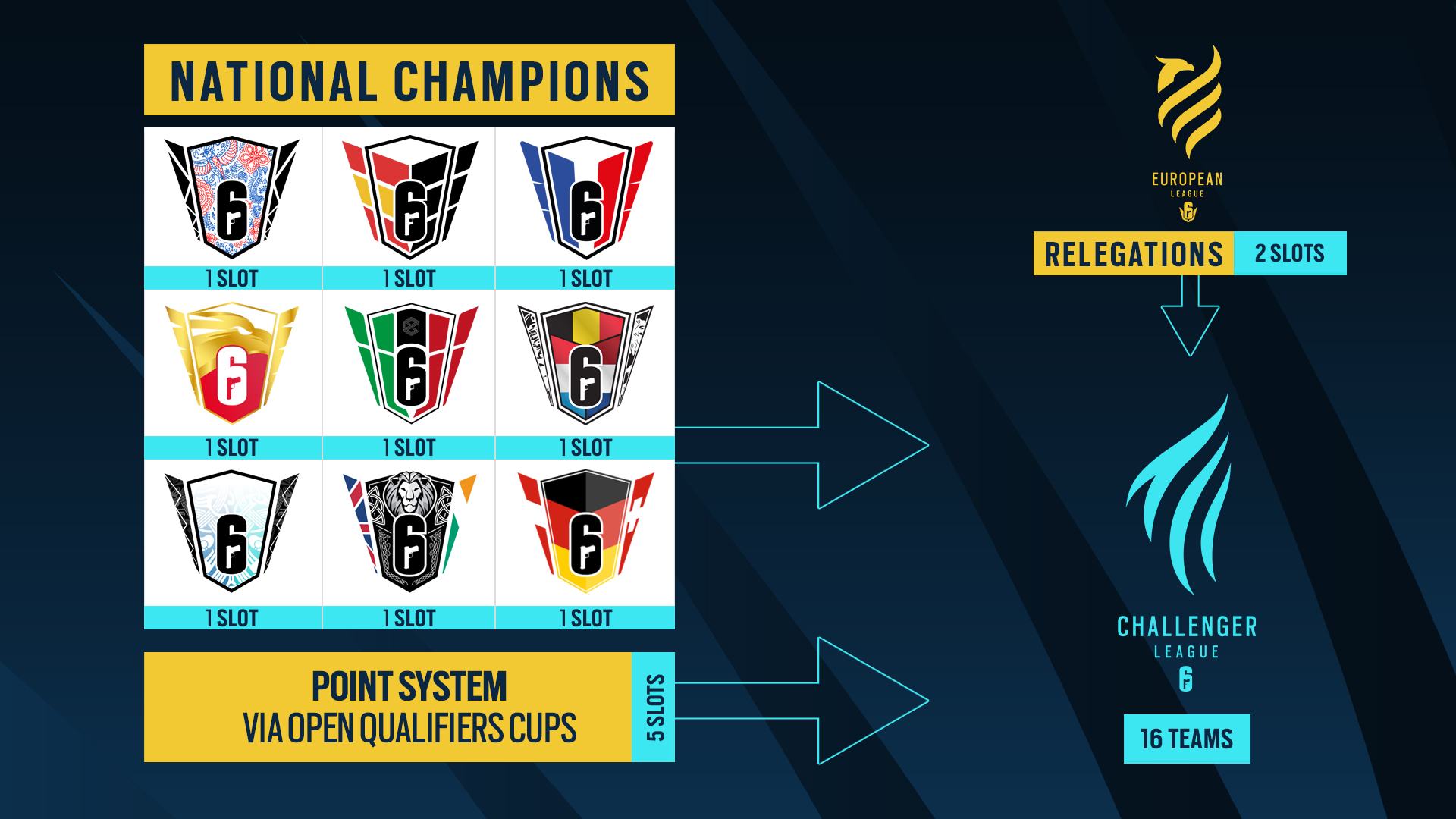 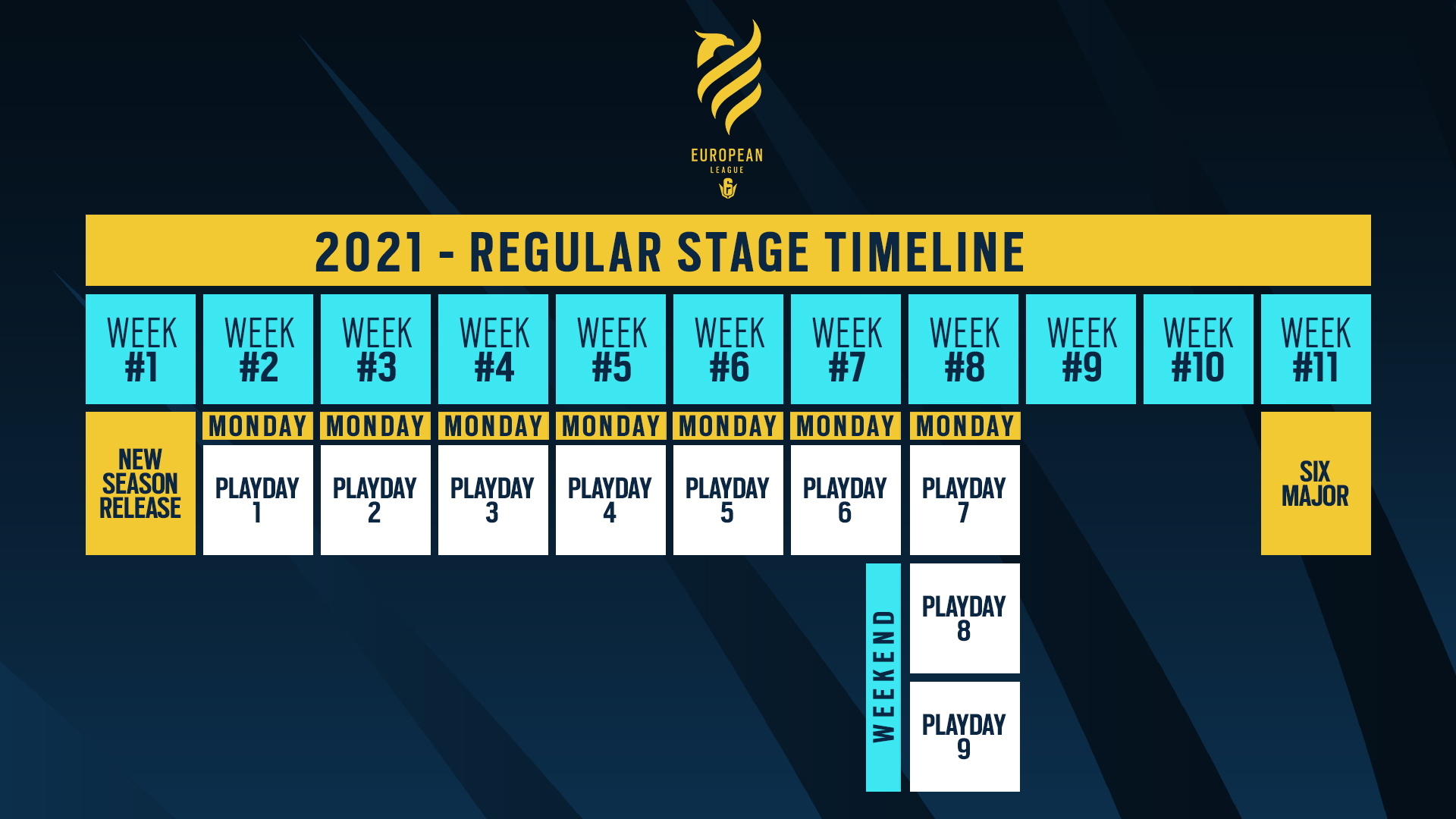 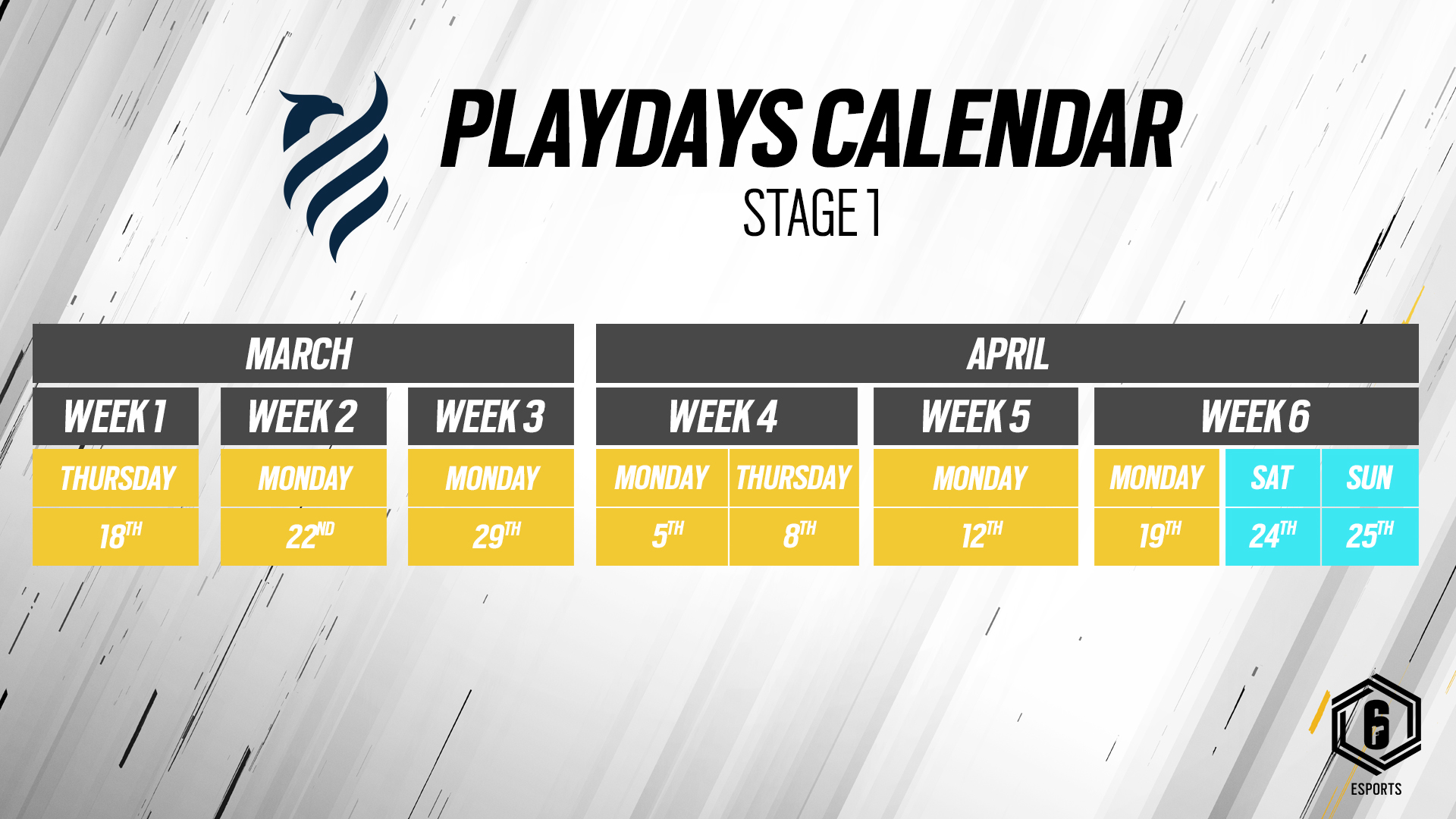 In Europe, the format of competition will remain the same: an online round robin with best-of-one matches. The 9 playdays will be spread over 7 weeks, with only one match per week for each team on Mondays, starting at 6PM CET. The last two playdays will be played on a special weekend on the 7th week.

Ubisoft is also revamping the online qualifiers for the European Challenger League, with 3 open tournaments spread until the end of summer, granting points and prize money to the participating teams. The top 5 teams across all 3 tournaments will join the 9 Group Stage National League winners, and the 2 relegated teams from the 2020 Season, making the European Challenger League a 16-team competition in 2021. The Playoffs will gather 8 teams, competing in a double elimination bracket played in best-of-3.

With the merger of the US and Canada Divisions, 10 teams will be joining the 2021 Season of the North American League. The 2021 Season will be broken down into 3 Stages and will be played offline at The Esports Arena in Las Vegas, Nevada. Our main priority is the health and wellbeing of our pro players, partners and staff, and we will be working diligently throughout the season to ensure the set up and adherence of strict sanitary measures.

In order to maintain consistency between the regions, all North American League matches will be played in a Round Robin, best–of-one format with overtime. The stages will consist of 7 weeks of play each with 1 playday per week on Wednesdays at 4pm EDT /1pm PDT. The 7th week of each stage will be a ‘Super Week’ with 3 playdays back-to-back from Tuesdays to Thursdays beginning at 4pm EDT / 1pm PDT.

Due to the ongoing COVID-19 Pandemic, the schedule may be subject to change.

With the merger of the US and Canada Challenger Leagues, the 2021 Challenger League will consist of 18 teams moving forward. The league will see 14 playdays over 7 weeks, with teams playing in a Round Robin, best–of-one format with overtime. 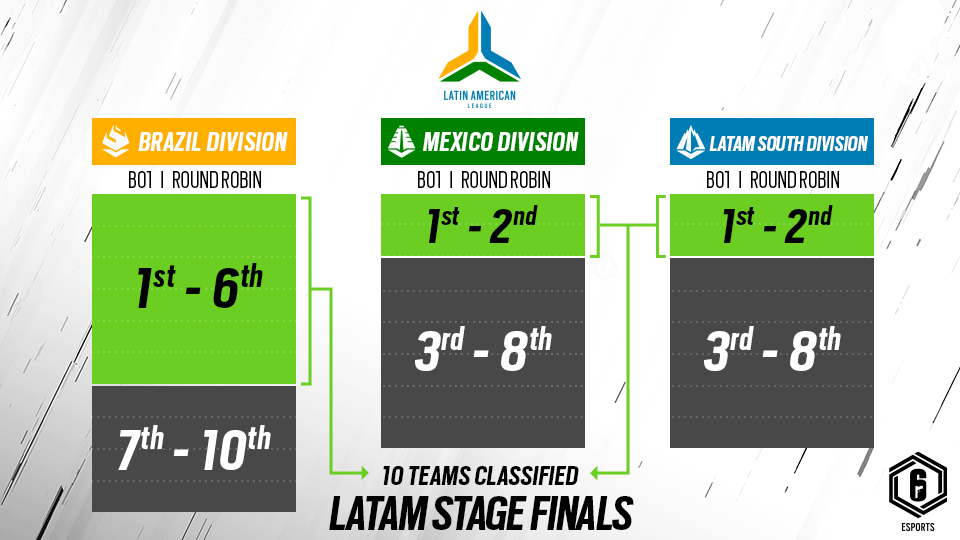 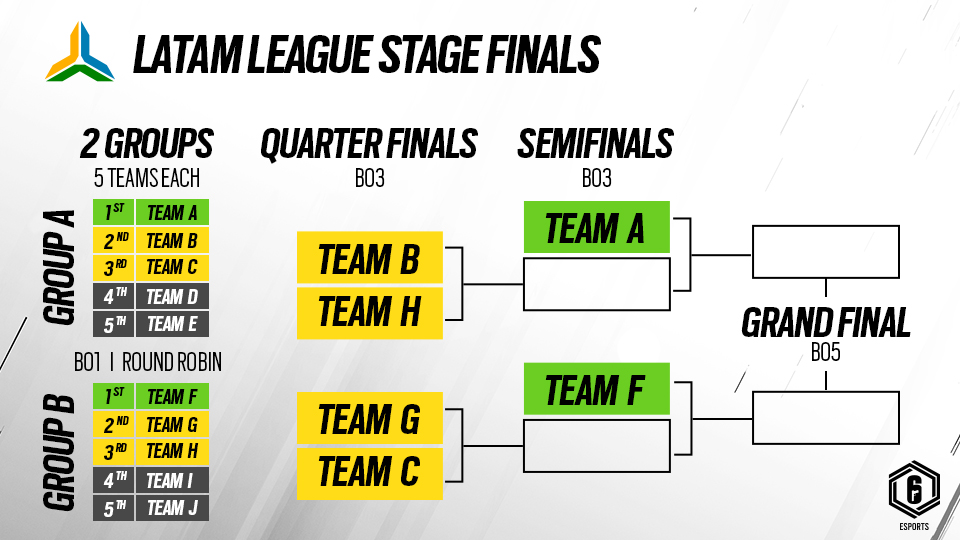 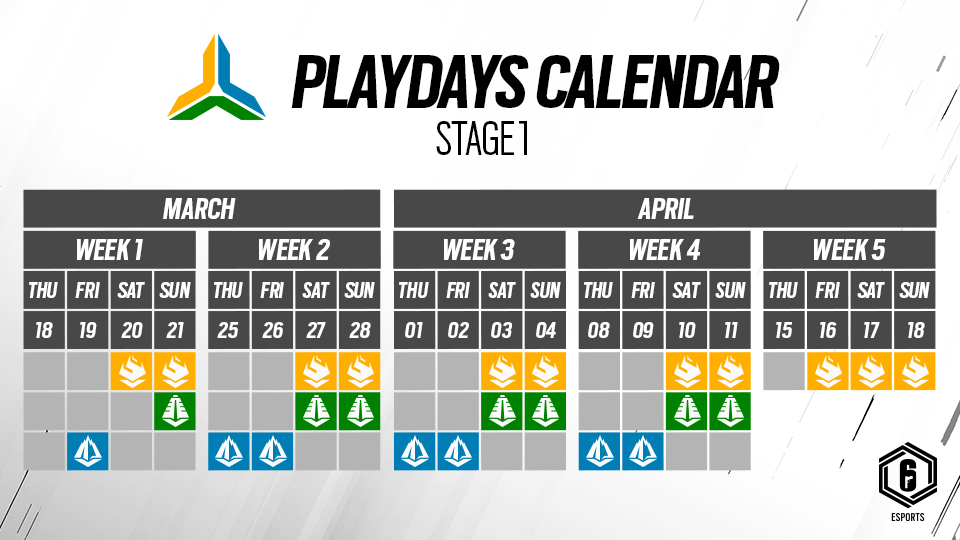 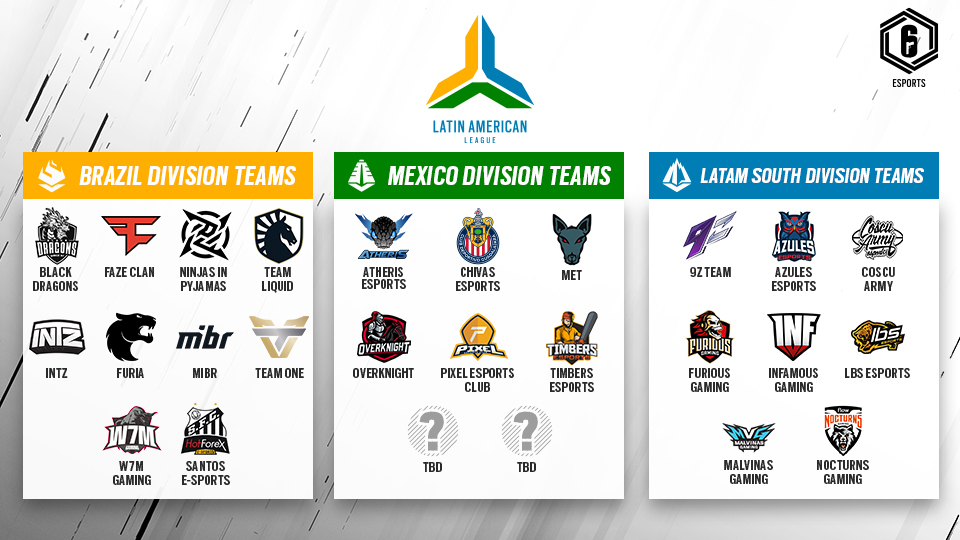 For the 2021 Season, the Latin-American League will maintain its 3-division structure – Brazil Division, Mexico Division, and the Latin America South Division – but will change its competitive format to best-of-one matches during the regular online stage.

The three divisions will be organised as follows:

Each division – Brazil, Mexico and Latin America South – will have 2 playdays per week over 4 weeks, with an additional 5th week for Brazil featuring 3 playdays, named ‘Super Week’.

At the end of each stage, the best teams from each division advance to the LATAM League Stage Finals, a tournament that will give the top 4 teams the chance to qualify for one of the most prestigious Rainbow Six Siege tournaments in the world, the Six Major. 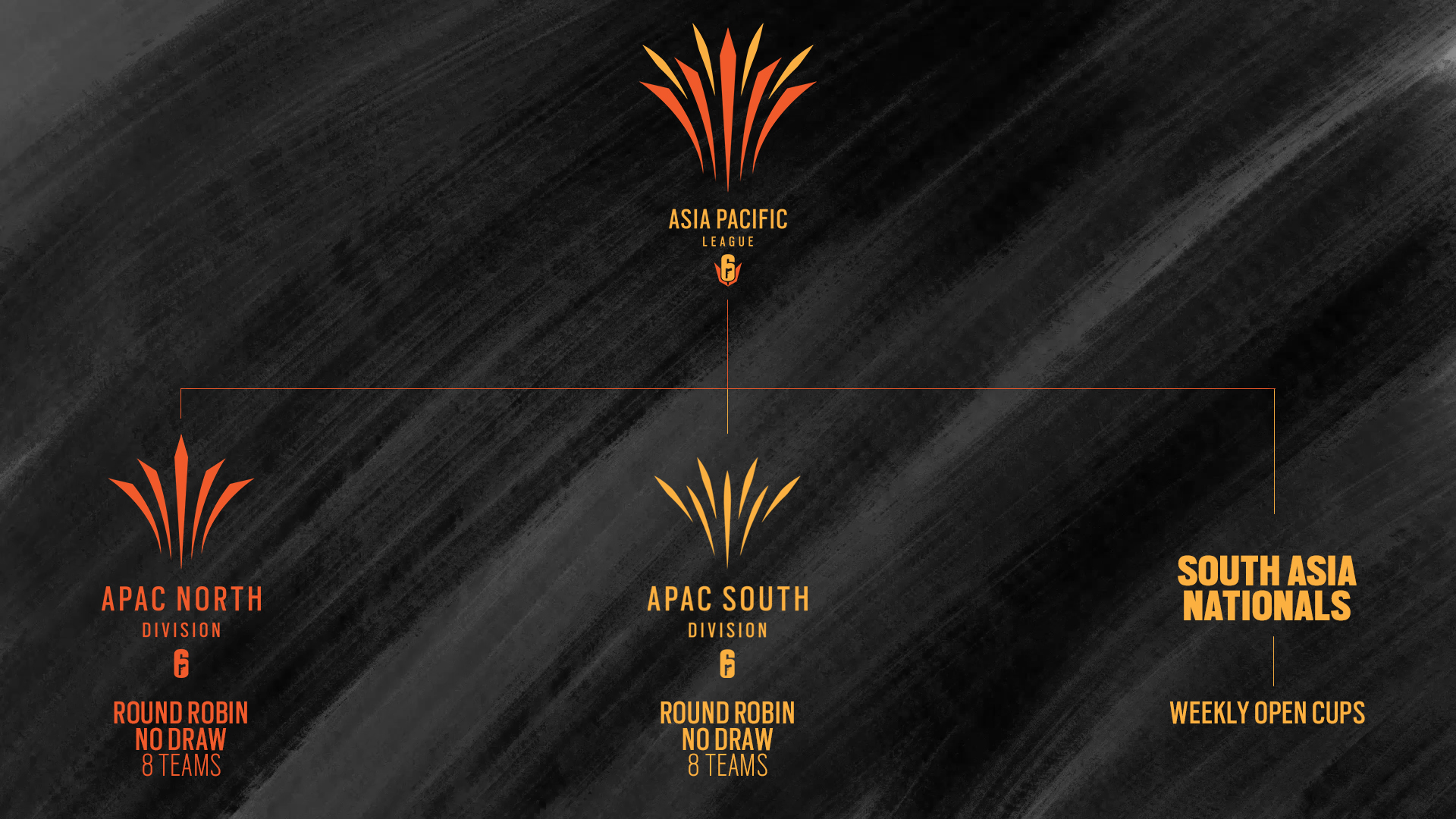 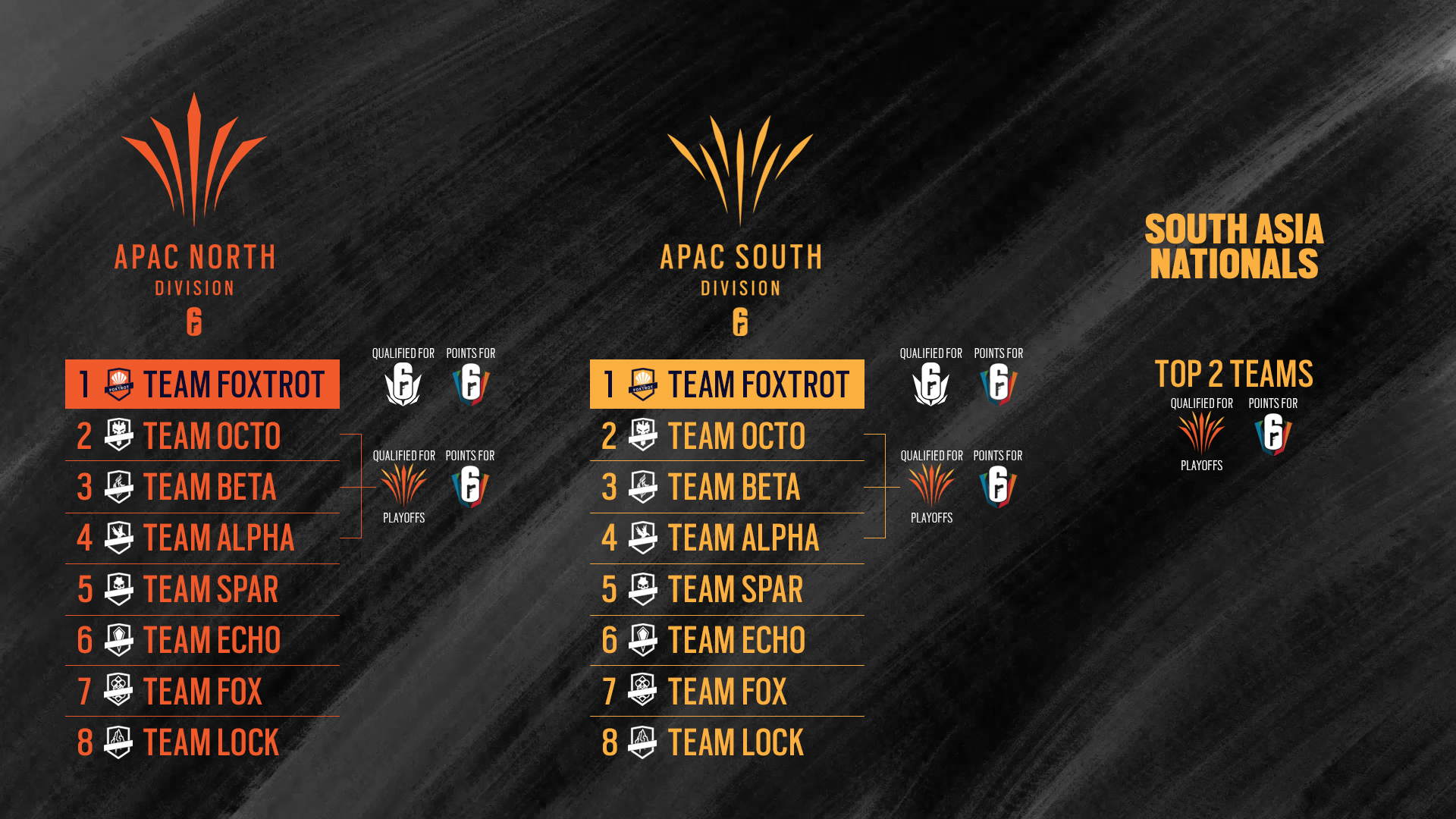 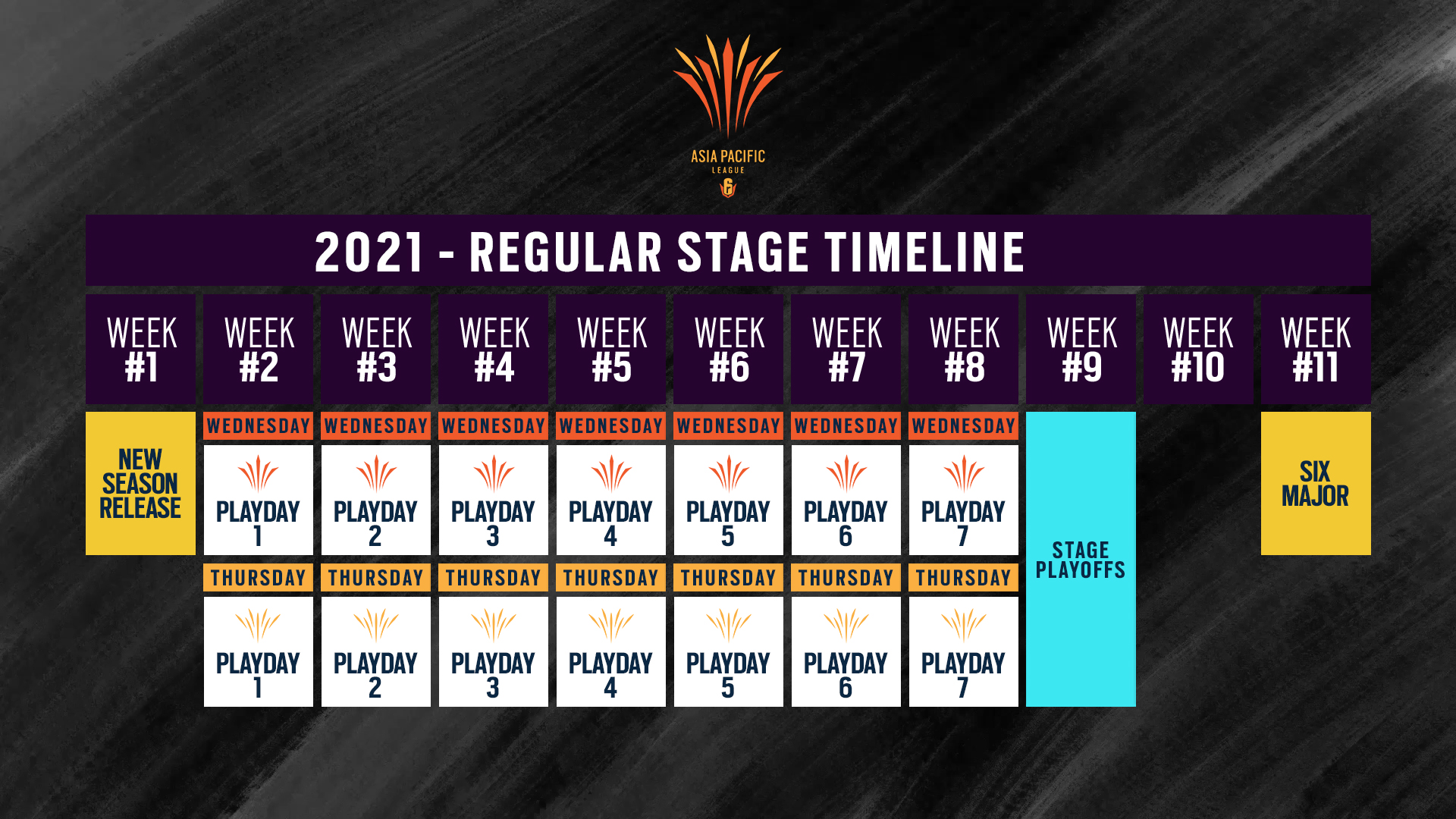 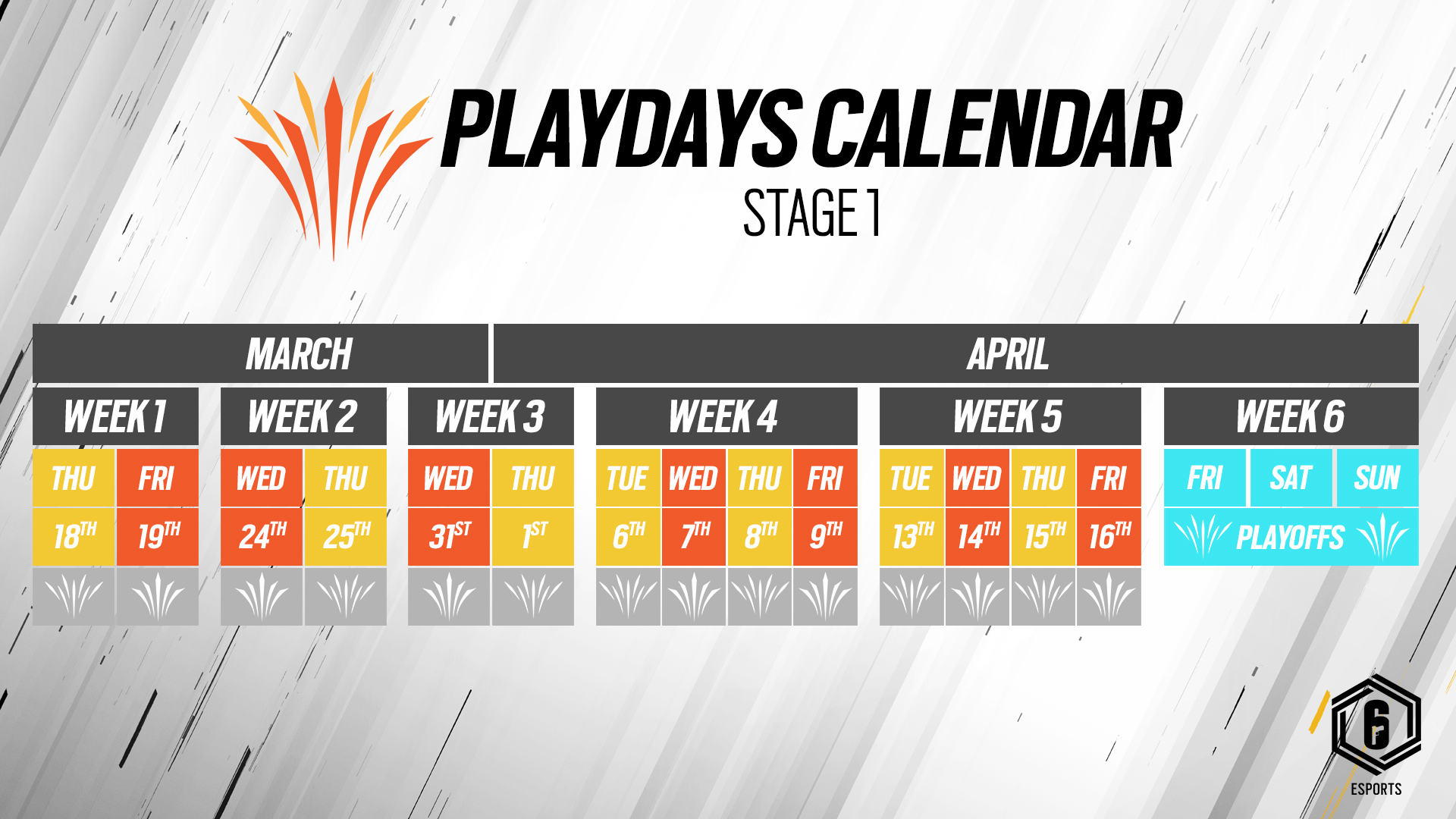 For the 2021 Season, the Asia-Pacific League will remain divided into 2 divisions, with the North Division – composed of teams located the northern part of the region including Japan, South Korea and South East Asia – and the South Division – composed of teams located the southern part of the region including South East Asia, Australia and New Zealand. Each division will consist of 8 teams and follow the same competitive format, an online round robin with best-of-one matches.

In addition, Ubisoft will continue to organise the South Asia Nationals to offer up-and-coming teams the opportunity to hone their skills and reach the international competitions.

During a stage, each division will have 1 playday per week over 7 weeks.

Ubisoft is also adjusting the R6 SHARE program in the region, with all 16 teams, from both the North and South Divisions of the Asia-Pacific League, now included.

Details on the new plans for the Six Invitational 2021, the related adjustments coming to the programs and the Stage 1 calendar, as well as the key updates coming to the Rainbow Six Esports leagues across all 4 regions, are available here.