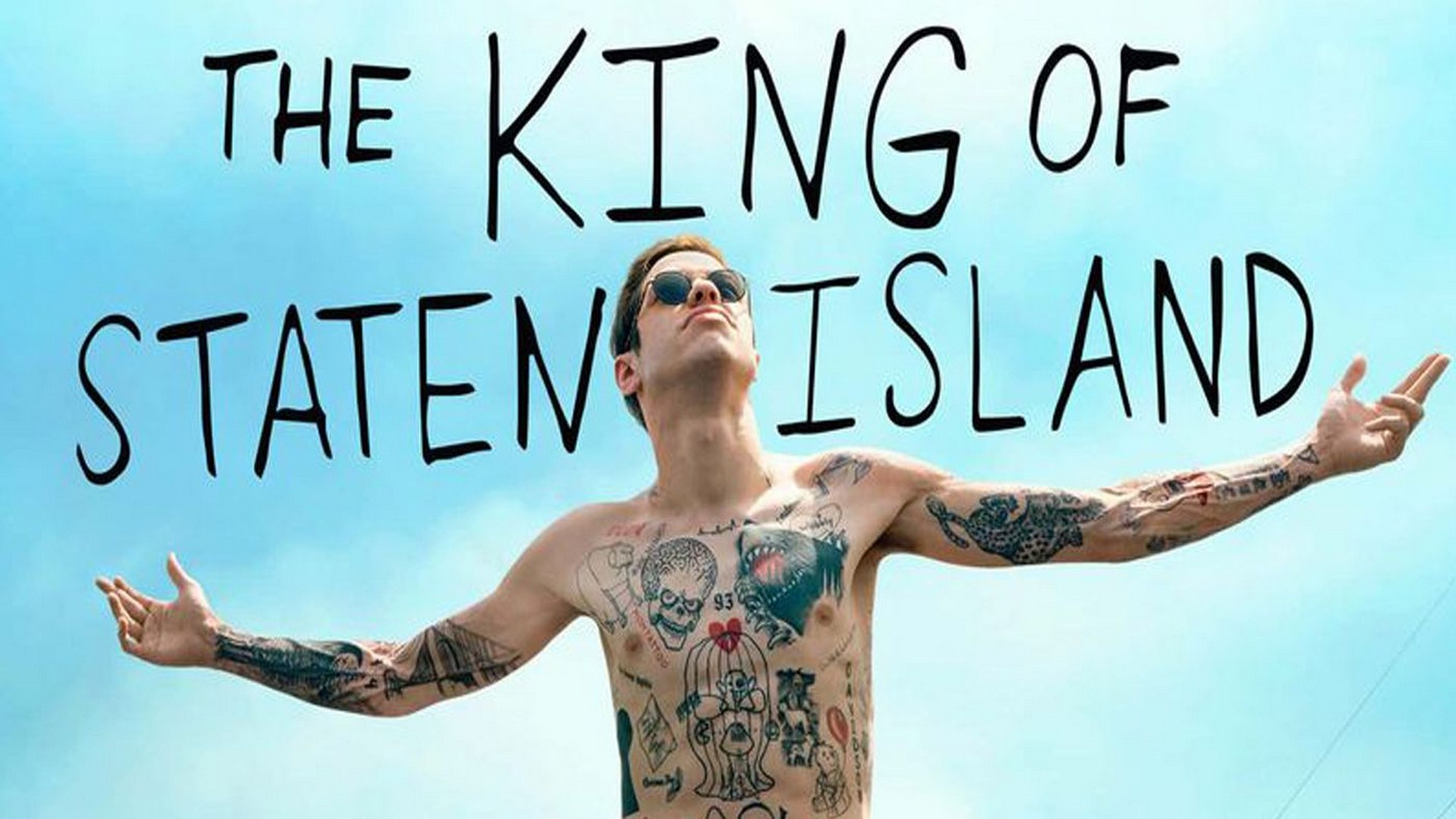 THE KING OF STATEN ISLAND

“If there were any lingering doubts that Pete Davidson has what it takes to be a terrific actor, this movie should dispel them” Variety

“It’s the world according to Pete Davidson as the ‘SNL’ star and director Judd Apatow mine details from Davidson’s real-life to create a comic knockout with an emotional punch you do not see coming.” Rolling Stone

“Davidson is who he is – and sometimes is forced to apologize for it. You won’t be sorry seeing his performance in “King of Staten Island,” a testament to the distinguished actor he could be.” USA Today

Scott (Davidson) has been a case of arrested development ever since his firefighter father died when he was seven. He’s now reached his mid-20s having achieved little, chasing a dream of becoming a tattoo artist that seems far out of reach. As his ambitious younger sister (Maude Apatow, HBO’s Euphoria) heads off to college, Scott is still living with his exhausted ER nurse mother (Oscar® winner Marisa Tomei) and spends his days smoking weed, hanging with the guys—Oscar (Ricky Velez, Master of None), Igor (Moises Arias, Five Feet Apart) and Richie (Lou Wilson, TV’s The Guest Book)—and secretly hooking up with his childhood friend Kelsey (Bel Powley, Apple TV+’s The Morning Show).

But when his mother starts dating a loudmouth firefighter named Ray (Bill Burr, Netflix’s F Is for Family), it sets off a chain of events that will force Scott to grapple with his grief and take his first tentative steps toward moving forward in life.

Based on the novel by Maria Semple

“Where’d You Go, Bernadette has to be seen, and demands to be believed, because of Cate Blanchett.” New Yorker

“Linklater seems to treat [Semple’s] tale of a blue-mood Seattleite who goes on the lam in Antarctica as literally as he can, streamlining the narrative into a sort of contained Wes Anderson whimsy.” Entertainment Weekly

From acclaimed Director Richard Linklater, and based on the New York Times best-selling novel by Maria Semple, Where’d You Go, Bernadette is a hopeful chase through the complicated world of the chic, genius, self-observer Bernadette Fox (Academy Award winner Cate Blanchett). An inspiring comedy about a loving Mom who becomes compelled to reconnect with her creative passion after years of sacrificing herself for her family. Bernadette’s leap of faith takes her on an epic adventure that jump starts her life and leads to her triumphant rediscovery.