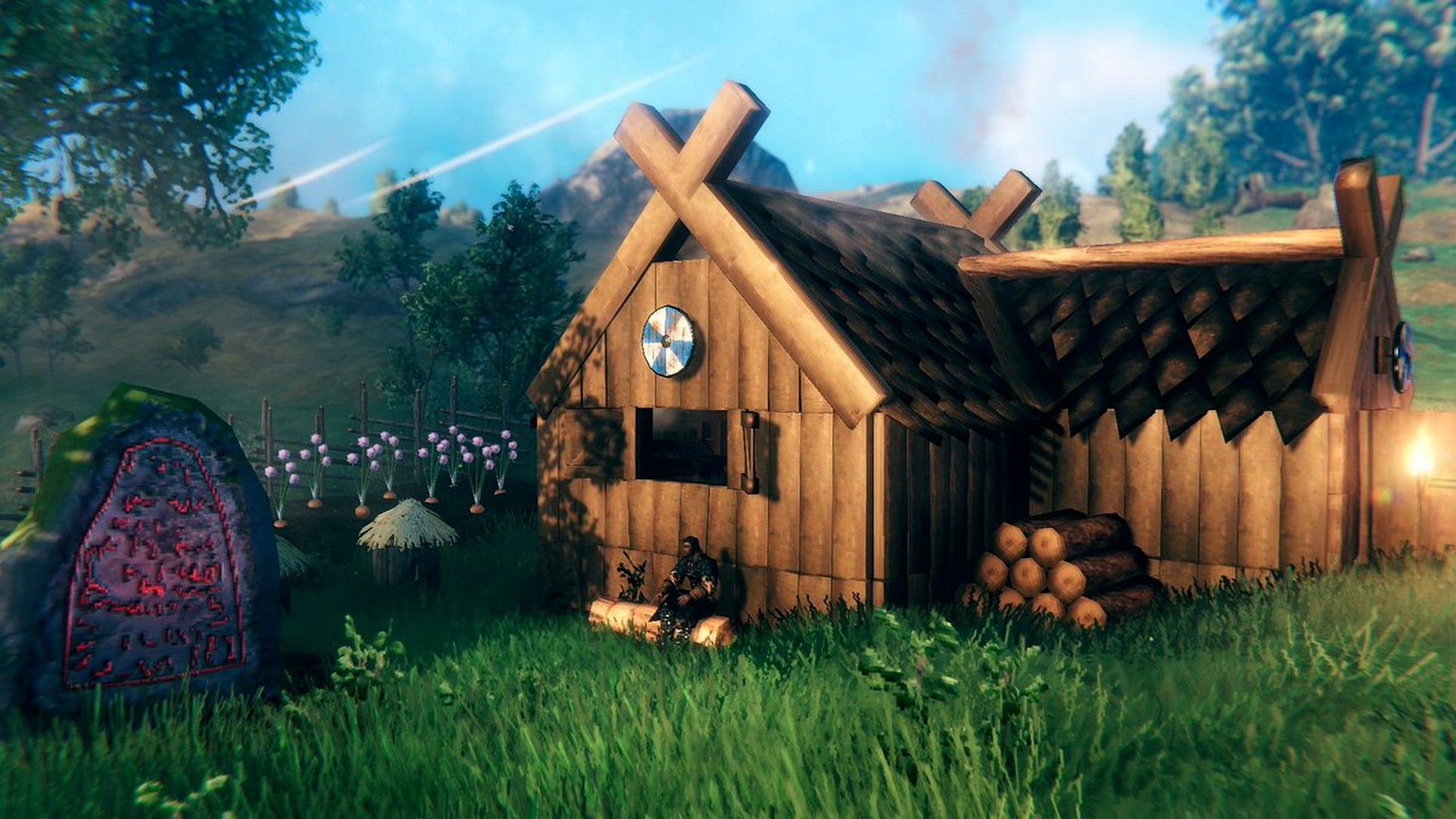 Focusing on enhancing the core base building and survival mechanics of the critically-acclaimed hardcore co-op survival game, the Hearth & Home update gives players even more tools to create the longhouse of their dreams and cook up a feast fit for an Aesir. Vikings can get a taste of the new features with a brand-new gameplay video below.

While many features introduced in Hearth & Home have already been revealed by the development team on Steam and social media, not even Odin has spied some of the new features being added with the update, including something dark and mysterious that seems to spread across the plains.

Builders and architects will surely toast the gods, as a slew of new Darkwood and stone building pieces will be available to players at launch. Whether it be Darkwood beams and poles decorated with intricate viking embellishments, a new Darkwood roof type and ornaments, or a stone throne for those who rule with an iron fist, Valheim’s building system will now offer an expanded selection of pieces to spark players’ imaginations as they build their settlements.

Requested by the community, there are also some new features for our Lox friends, while players can name their pets to their liking to strike fear in the hearts of their foes! More highly-requested features have also been added, including map sharing between players, planting of additional tree types as well as a brand-new obliterator extension that can destroy items and finally tackle Valheim’s ocean pollution!

As the name suggests, the meat of Hearth & Home content is the new cooking and building features. Brand-new cooking extensions from spice racks, butcher tables to pots and pans accompany a larder of new recipes for Vikings to sink their teeth into. Deer, wolf and boar meat, jerky and skewers have all been introduced, alongside muckshakes, onions and onion soup, while players can now cool off after a hard day of adventuring with a tasty eyescream!

The new recipes complement the reworked food system that gives players more interesting choices with an improved health and stamina system that lets them fine tune their Viking diet to suit their playstyle.

A new crystal battle axe, a bone tower shield, iron buckler and silver knife have also been added to the afterlife’s armory alongside balancing tweaks to bows and battleaxes that make different playstyles more viable and fun. Changes to shields and blocking mechanics add greater depth to combat and will make for even more epic battles for Bragi’s skalds to sing about!

Launched into Steam Early Access in February of this year, Valheim has been an instant hit as players swarmed to settle the afterlife and battle the greatest creatures of Norse mythology together. A game initially developed by just five people, Valheim sold over seven million copies in under two months and hit a peak of over 500,000 concurrent players, making it just the fifth game to do so in Steam history.

“As the first major update, we wanted Hearth & Home to truly expand the Valheim experience and make the core gameplay richer and more complex while still adding new content for players to return to and explore.” said Henrik Törnqvist, co-founder of Iron Gate. “While it’s taken a little longer than anticipated to make sure it’s the quality people have come to expect, we’ve listened to our community every step of the way and with some much-requested features added we’re glad that they can finally get their hands on it.”

“So much of the joy of Valheim is the exploration and discovery of the world and it’s a great feeling to finally be able to show what the team has been working on.

“We also want to thank the community  for their support and patience since launch. Skål!”

Valheim with its Hearth & Home update is available for AU$28.95 on Steam Early Access for PC and Linux, and is currently on a 20% sale until 20th September at 3AM AEST.