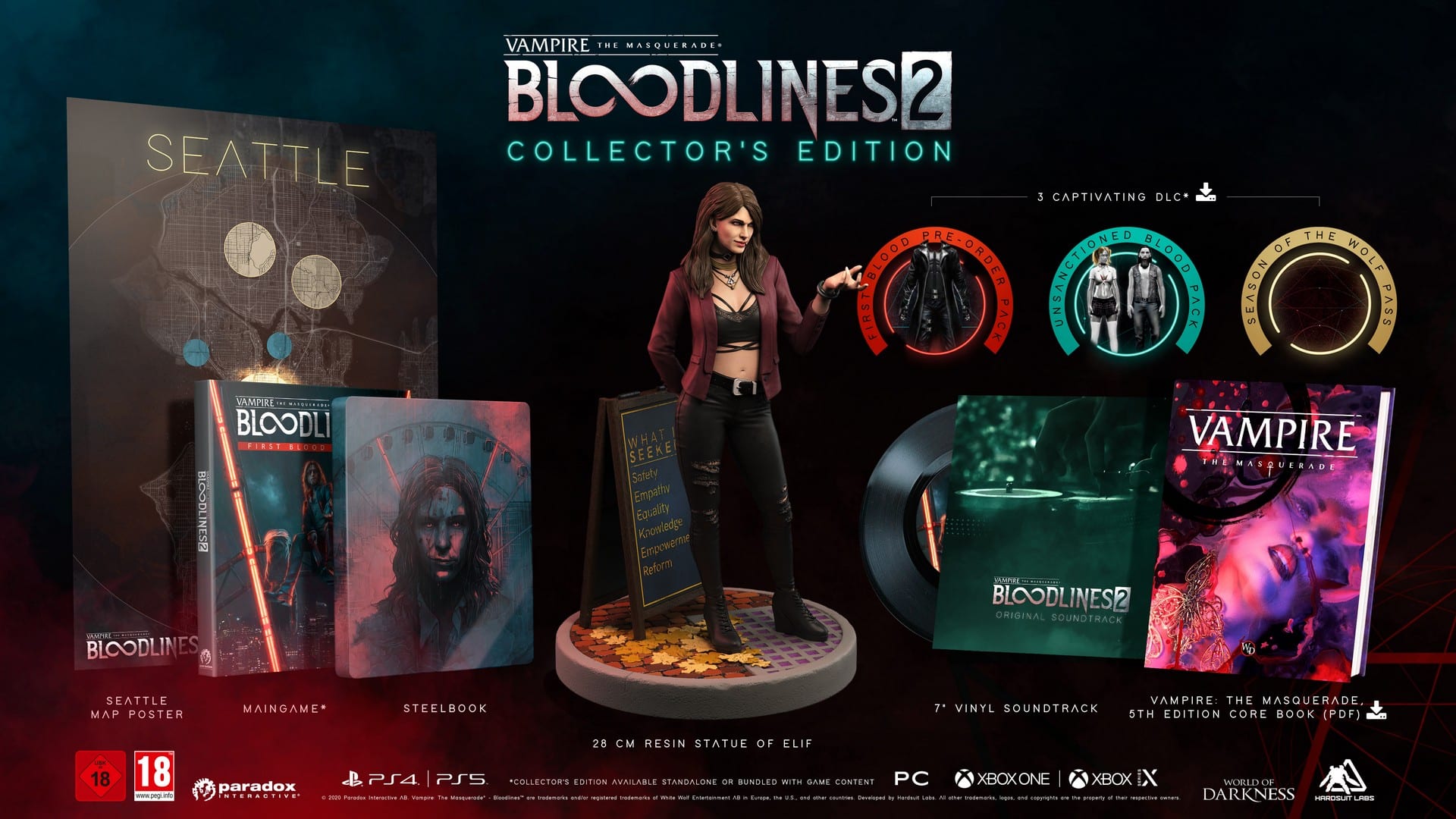 After revealing the return of Damsel during the Paradox Insider on June 6th, Koch Media and Paradox Interactive have announced a limited Collector’s Edition for the upcoming Action RPG Vampire: The Masquerade – Bloodlines 2.

This unique edition is now available via the Gaya Entertainment online store for pre-order at a suggested retail price of $169.99 USD / 169.99 €.

Strictly limited to 3000 pieces, the Collector’s Edition contains a 7” vinyl record featuring some of the iconic music players can expect when roaming the streets of Seattle at night. Additionally, a 28 cm tall detailed figurine of Elif – one of the main story characters players will encounter in their personal digital afterlife – a precise map of the game world and streets of Seattle, and a beautiful Steelbook make for an amazing package for true fans.

To allow fans an even deeper dive into the world behind Bloodlines 2 the Collector’s Edition will also feature the 5th edition of the Vampire: The Masquerade rule book as a digital bonus.

The Collector’s Edition will be available with and without the main game and DLC content to allow fans who pre-ordered any digital version access to the physical collectibles without needing to buy the game twice. The non-game collector’s edition comes at a suggested retail price of $109.99 USD / 109,99 €

Paradox Interactive also revealed that Damsel, the fan favourite Brujah from the original Bloodlines, will return in Bloodlines 2. Damsel’s original voice actress, Courtenay Taylor, is reprising her role as the iconic character.

Vampire: The Masquerade – Bloodlines 2 is a vampire RPG featuring memorable characters and deep, reactive storytelling. Set in Seattle, players will make tough moral choices that will shape the world around them.