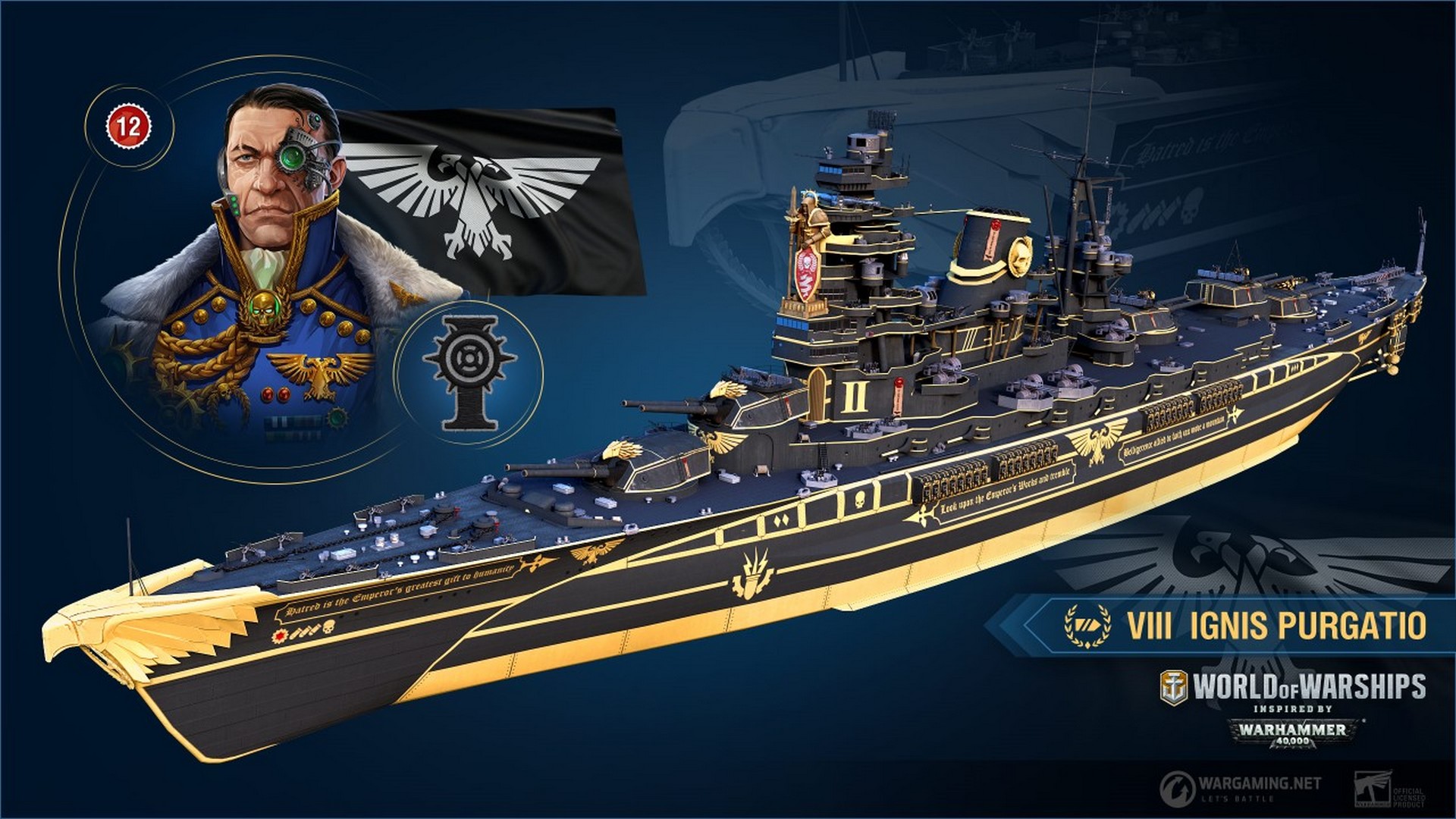 World of Warships and World of Warships: Legends today announced their first-ever simultaneous collaboration with Games Workshop that will bring the grim darkness of the far future to the popular naval combat franchise. The update will feature new content such as themed ship skins, commanders, camouflages and more; all based on the popular Warhammer 40,000 universe.

Two of the biggest factions in the Warhammer 40,000 universe, the Imperium and Chaos, will be represented through unique and dreadful ships helmed by their fearless commanders: Justinian Lyons XIII and Arthas Roqthar the Cold.

“We are very excited to collaborate with such an iconic brand that gathers an incredibly passionate audience, some of them coming from our own ranks,” said Philip Molodkovets, Executive Producer for World of Warships. “The gothic, grim atmosphere of Warhammer 40,000 provides a sharp edge to the realistic World of Warships universe, which makes this collaboration even more interesting.”

Pre-sale that includes flags and patches will start from May 27. Players who purchase the pre-sale package will subsequently get a special mission bonus, where they can earn Warhammer 40,000 containers containing themed ships, commanders and camouflages.