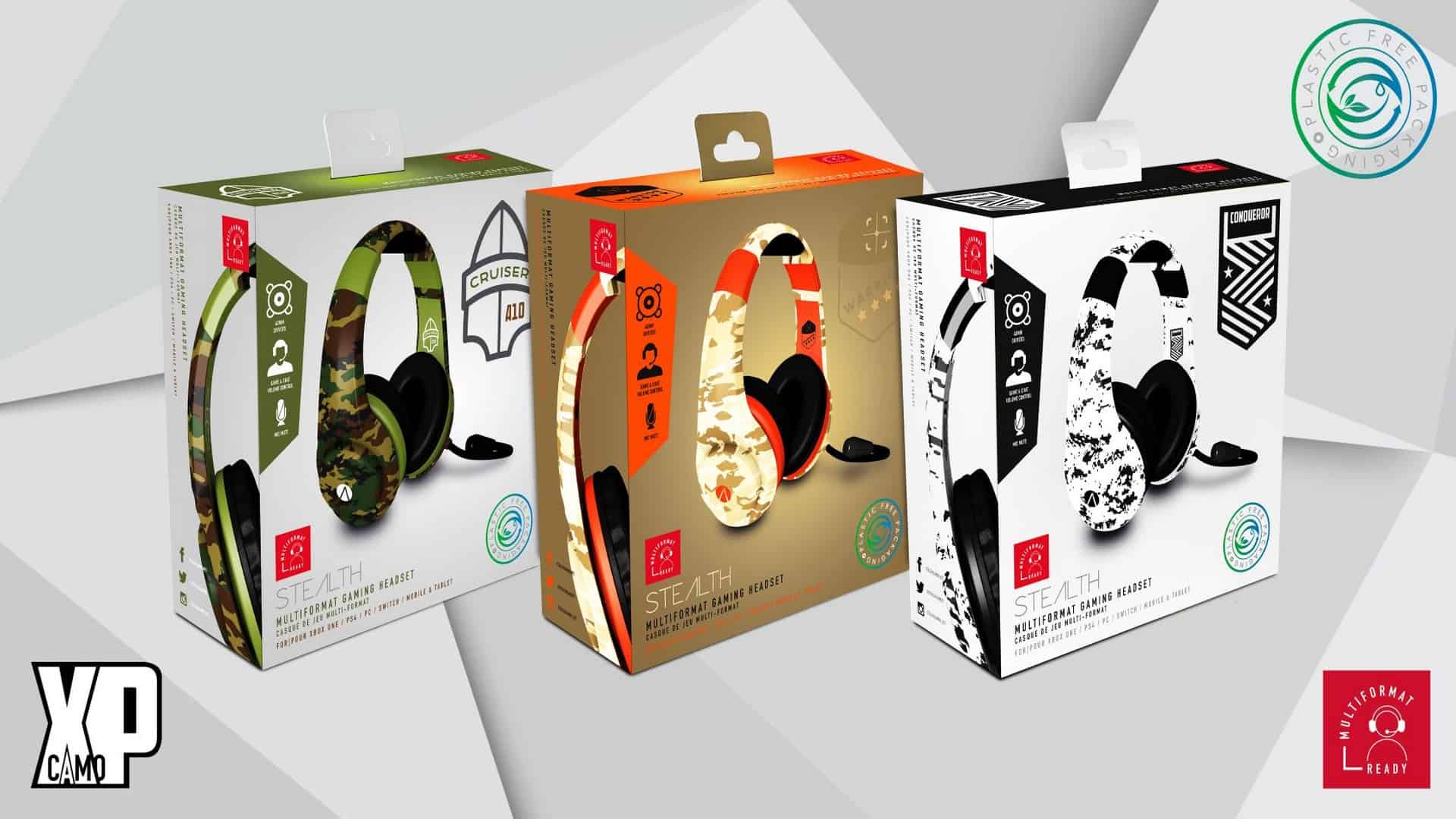 STEALTH announced today the availability of their gaming lifestyle headset range, the XP-Camo. With a choice of three distinct designs, the XP-Camo range allows gamers, streamers and audio fans to go from seat to street; with a headset equipped to deal with both in-game and real-life scenarios.

Each of these headsets feature an adjustable, padded headband coupled with flexible ear cushions to give all-round comfort. While, inside, there are 40mm speaker drivers ensuring every detail is crystal clear. The XP-Camo headsets also feature an innovative L-shaped 3.5mm jack plug; an alternative design providing better protection for the, typically weak, jack plug. Ensuring these STEALTH headsets enjoy a longer lease of life.

XP-Camo headset microphones are both flexible and removable, allowing the microphone to be positioned exactly as you would wish or removed altogether. With control over both in-game and chat volume — as well as muting the microphone — gamers will be able to tailor their audio experience during play. These headsets are a multi-format range: compatible with Xbox One, PlayStation 4, Nintendo Switch, PC, mobile and tablet.

“We’re all very proud of the XP-Camo headset range as it celebrates gaming, not only as a pastime but through its evolution into a lifestyle” commented Paul Carrington, Sales Director for STEALTH. “The purpose of these products is to offer a robust, premium-feel, entry-level option for gamers, streamers and audio fans alike. We’re gamers too though, so we look out for all the key game launches — COD’s always a big one and we hope the XP-Camo finds favour with the latest generation of virtual soldiers out there!”

The XP-Camo range from STEALTH is now available at EB Games and Big W stores nationally.

For more information on STEALTH and its selection of gaming accessories, check out www.stealthgaming.net