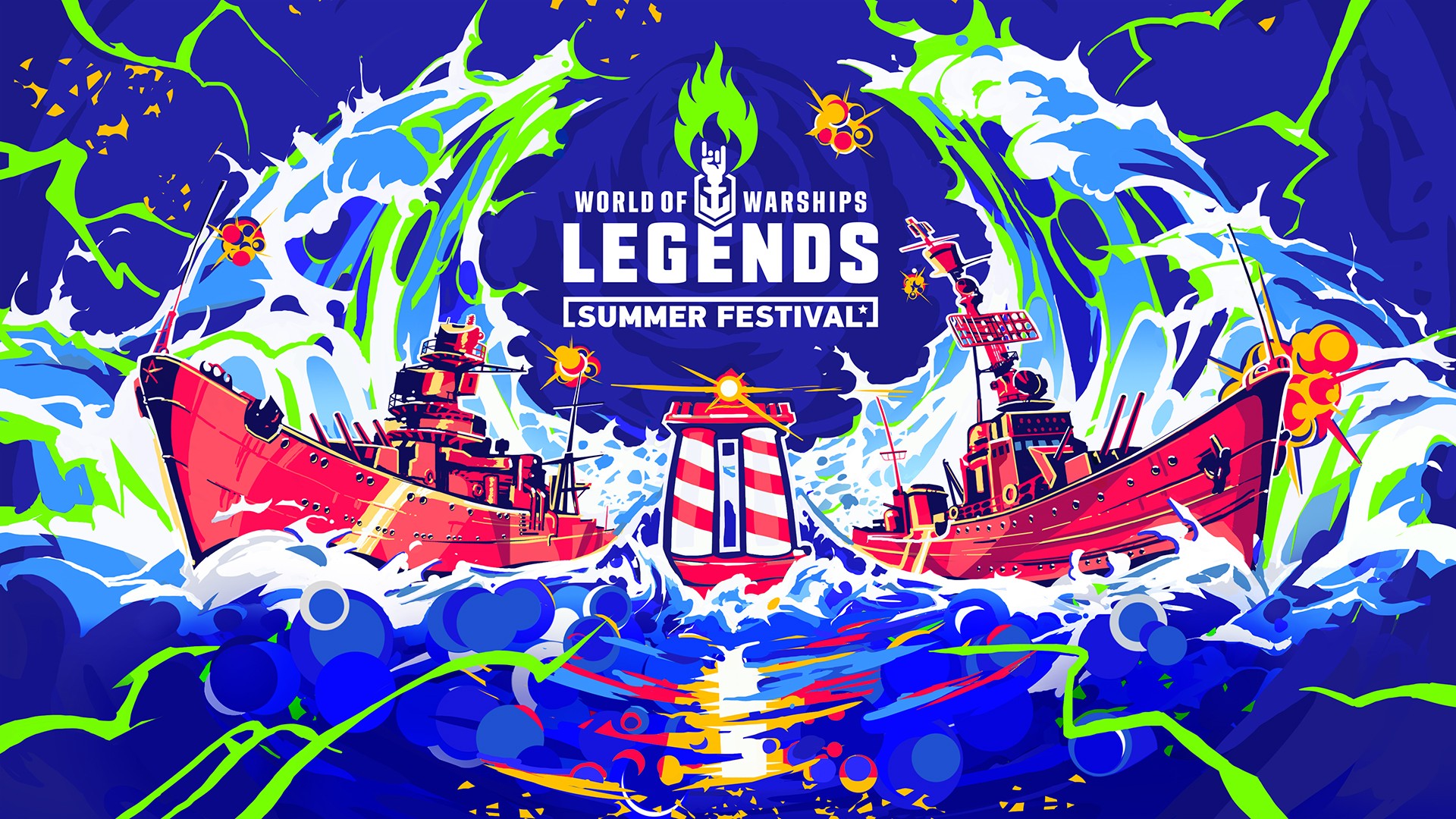 A summer festival to celebrate World of Warships’ Legends second birthday kicks off from 26 July, with a new campaign, Arpeggio of Blue Steel -Ars Nova- collaboration and a retrospective Bureau project, uniting the whole variety of activities with its flavour and bringing free in-game goods for the players as a gift. Plus, Arms Race and Tier VII ships are coming to Ranked mode as USN alternate battleships headlined by Kansas leave early access to become researchable.

One of the main attractions of the Anniversary Festival, is a fresh new campaign “Shock and Awe” and is focused on German destroyer ZF-6. 100. T milestones, which within five weeks provide the path to a flurry of rewards with the ship herself as the cherry on top, obtainable with Admiralty Backing. Coming with almost cruiser-like impressive AA suite including a consumable, ZF-6 features torpedoes faster than those of her peers with a drawback of slightly decreased range.

Arpeggio of Blue Steel -Ars Nova- goods arrive to the store with a selection of items to choose from as a surprise appearance at the Summer Festival. This collaboration brings two new Kongō-based battleships: Haruna and Kirishima, five diverse commanders and more, available through special crates.

Another festival activity, the special Birthday Bureau project, goes back to the significant landmarks of Year II, including events such as Halloween, New Year, Black Friday, and introduction of Italian ships, among others. Players will be awarded with corresponding festive crates at each project stage.

Heading to the high seas with their guns bristling are USN Battleships Nevada, Tennessee and North Carolina which leave early access to become researchable in the tech tree on the way to Tier VII Kansas. Just in time to wreak havoc on the opponents: Arms Race mechanic is coming to Ranked after being battle-tested by the latest Arena season to make the celebrations even more fun. At the same time, Tier VII ships reinforce the Ranked battles line-up for the first time ever. Additionally, historical camouflages for a handful of signature ships (such as Bismarck, Charles Martel and Lexington) become available for paint.

More good things destroyer players can look forward to this summer – Regia Marina gets two dedicated destroyer commanders: Luigi Rizzo and Giuseppe Fulgosi. The former is all about speed, including base trait that improves Engine Boost. The latter is a sneaky one: improving Smoke Generator consumable is his signature move. Capping off the Italian part of the summer is all-new Paolo Emilio, a destroyer obtainable for global XP.

Two-year anniversary celebrations are upon us, so grab your free ticket to the Summer Festival in the in-game store and turn the tide.