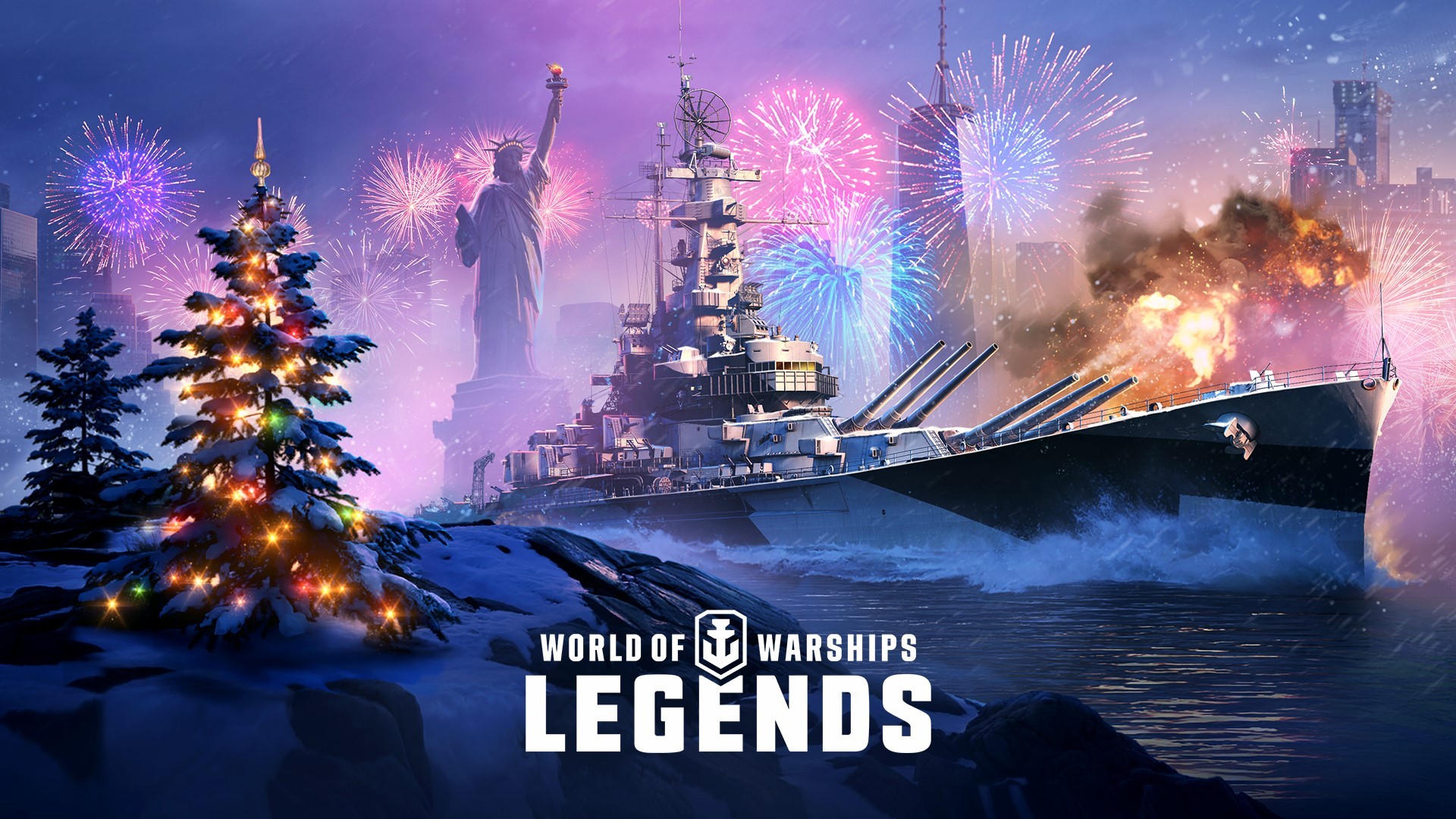 World of Warships: Legends is bringing a bunch of events and the legendary battleship Massachusetts just in time for the holidays. The December update, that lands on December 21, will bring plenty of events for the occasion: a special “icebreaker” event, a new bureau project, ranked battles, and more. Players will have lots to choose from in this update!

The highlight of the update is undoubtedly the new Big Mamie campaign. This event features the Premium Tier VII American battleship Massachusetts (affectionately known as “Big Mamie”) as the final reward. A World War II classic, the Massachusetts is one of the South Dakota-class battleships armed with nine 16-inch (406mm) guns and has excellent armour protection. In-game, she also has an effective battery of secondary guns unlike most US battleships. In real life, she is preserved as a museum ship in Fall River, MA, resting after battling her way through the entire US involvement in the Second World War without losing a man. For the first time, this campaign also features a second premium ship as a reward—the Japanese light cruiser Yahagi. Fast and well-armed for a Tier IV, Yahagi is available at milestone 40 of the campaign. The Big Mamie campaign will run for six weeks and has 120 milestones to reach over the holiday season.

Throughout the update, there’s a special event running in the background to collect unique Icebreaker Coins for even more rewards, including the Tier VII Russian battleship Lenin. Renowned for its “icebreaker armour” along the bow, this ship is tough and mounts nine 16-inch guns in a forward arrangement similar to the British battleship Nelson. Besides Lenin, there’s also some gear available plus three rental Legendary-tier ships: Conqueror, Worcester, and Gearing! You can collect Icebreaker Coins by participating in the holiday events, such as the new season of Ranked battles, fighting in or against Legendary-tier ships, opening Super Santa Containers, or by finishing Icebreaker Havoc missions after finishing the Big Mamie campaign.

World of Warships: Legends is also remembering a dramatic north Atlantic battle this December—the Battle of the North Cape. A special bureau project is available to unlock unique ice-covered arctic skins for three ships: Scharnhorst, Duke of York, and Edinburgh. Duke of York and Scharnhorst fought each other during the confrontation, and ultimately the British ship won out the harsh duel. Although she wasn’t involved in the battle, Edinburgh is available to all players and is closely related to the Belfast, another ship that fought in the battle. This project will only be available until February 1st, be sure to start on it quickly.

This update features a new season of Ranked Battles with a few rule changes. This time, players can battle in competitive 5v5 battles with a limit of one destroyer per team. This will make for an intense season with each player’s actions having a larger impact on the team’s outcome. The much-requested feature armour viewer feature is also arriving in-game. Players can now see the layout and thickness of each ship’s armor in-game to help you create builds and counter strategies to maximise the effectiveness of the ships in battle.

Brace yourselves for an event filled holiday season in World of Warships: Legends and keep turning the tide!