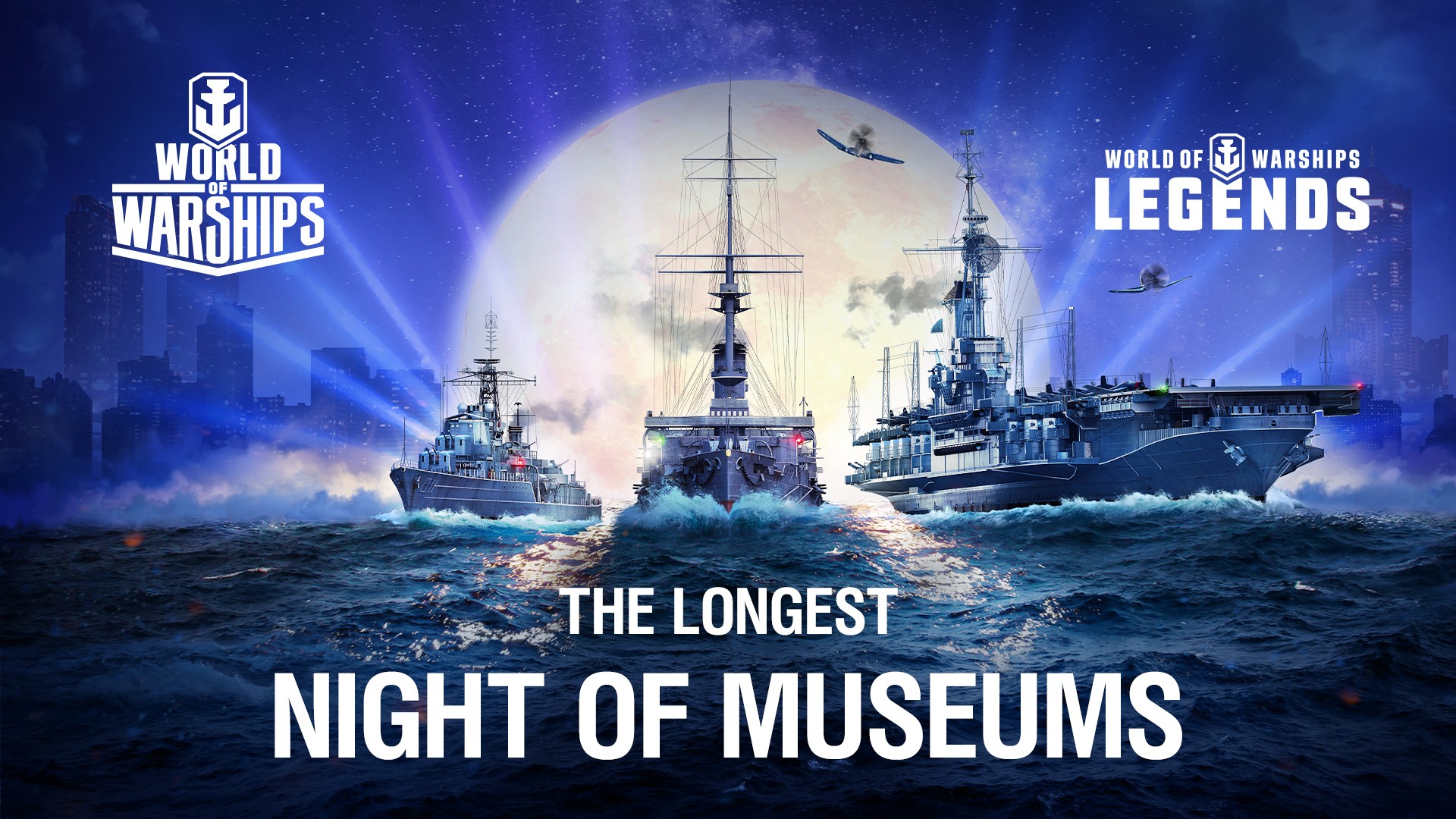 Wargaming, developer and publisher of the widely popular, free to play naval combat game World of Warships (WoWS) is pleased to reveal the Longest Night of Museums. The global showcase will feature 15 different historical and naval museums from around the globe.

Join virtual museum tours and live Q&As with the historians on International Museum Day, Tuesday 18th May 2021 with over 17 hours of content available to watch for free, starting at 18.00 AEST.

Museums and historic sites have felt the brunt of the pandemic, and with travel and tourism still largely restricted, digital activities are vital for these organisations to maintain a connection with the public and continue to bring the world’s naval heritage to life.

Longest Night of Museums brings together museums from around the world starting in Japan with Mikasa Historic Memorial Warship, traveling across to the Australian National Maritime Museum in Australia, to Taiwan, to Europe with a trip to the National Museum of the Royal Navy in the UK and Maritiman in Sweden, ending in North America with a visit to Pearl Harbor.

Peter Tattersall, Head of Learning at the Australian National Maritime Museum, says it is great to be a part of a global initiative, which celebrates the important role that maritime museums play in educating current and future generations about naval history.

“The Australian National Maritime Museum is committed to sharing the country’s maritime history and connecting stories, objects, people, and places that are part of Australia’s heritage. Through the Longest Night of Museums, we can extend from a local audience to a global audience, showcasing Australia’s unique maritime history and significant historical vessels such as the HMAS Vampire,” said Peter.

During the livestream, viewers will be able to get live and exclusive virtual tours of these iconic historic sites, with in-depth Q&As with guides and historians from the museums. In addition, viewers will be able to take part in quizzes related to the featured museums and win World of Warships prizes. Twitch drops and Twitch containers will also be available for viewers.

Wargaming also partnered with Verizon who will present their brand-new Museum of Warships AR experience for the first time, and the History Channel who will present documentary content during the stream showcasing some of the biggest naval events in history.

“Naval museums around the world keep a wealth of knowledge and important lessons from history, which were unfortunately largely inaccessible for the past year. We in Wargaming know that each museum has a unique story to tell, and we want to shed some light and bring them to our wide audience of history enthusiasts,” said Marko Valentic, Global Product PR Manager from Wargaming.

The Longest Night of Museums takes place on Tuesday 18th May from 18.00 AEST to Wednesday 19th May, 11.00 AEST. The event is completely free to watch. To watch the global tour visit: