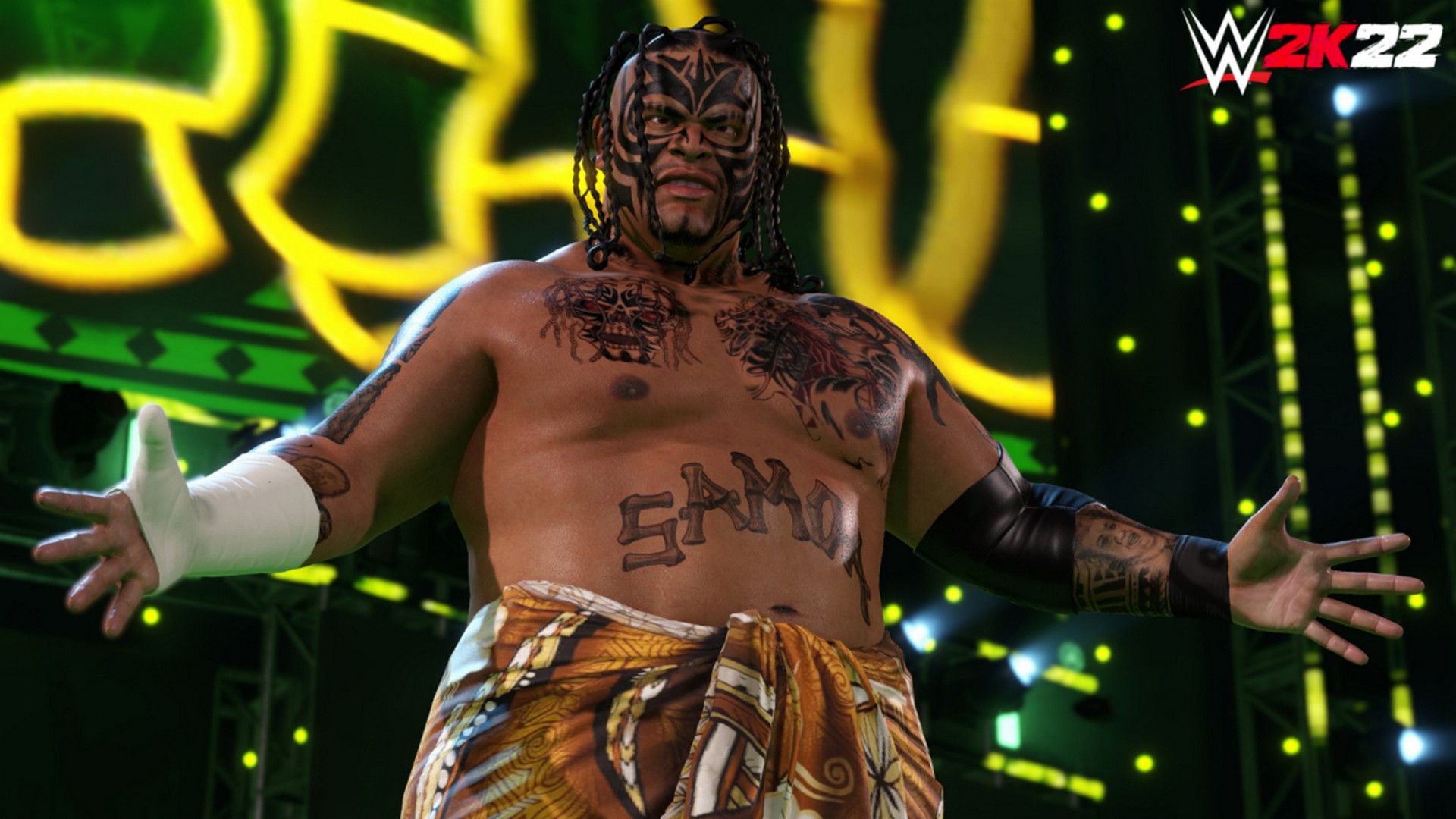 Yokozuna is a WWE Hall of Famer who held the WWE Championship twice, the WWE Tag Team Championship twice, and was also a two-time world champion in sumo wrestling. A fearsome super heavyweight competitor, Yokozuna menaced the likes of Hulk Hogan, Bret “Hit Man” Hart and The Undertaker during his WWE career with the threat of his crushing “Banzai Drop” finishing manoeuvre. His cousin Rikishi is also a WWE Hall of Famer, a former Intercontinental Champion, two-time World Tag Team Champion and WWE Tag Team Champion, known for his playful dancing, stylish appearance, and dreaded “Stinkface” attack. “The Samoan Bulldozer” Umaga – Rikishi’s brother – held the Intercontinental Championship twice and terrorized WWE Superstars with his frightening face paint and hard-hitting offense. All three are members of the famous Anoa’i family, which includes WWE Superstars Roman Reigns, Jimmy and Jey Uso, as well as WWE Legend The Rock. The 7’3” Omos is a former Raw Tag Team Champion who recently competed against Bobby Lashley in a thrilling match at WrestleMania 38, while Kacy Catanzaro continues to turn heads on NXT with her gymnastic ability and endearing personality.

In total, five DLC packs will be available in the months ahead, featuring 27 new playable characters. Post-launch content packs are available for individual purchase, while the full set of packs is included with the Season Pass, Deluxe Edition, and nWo 4-Life Digital Edition of WWE 2K22.