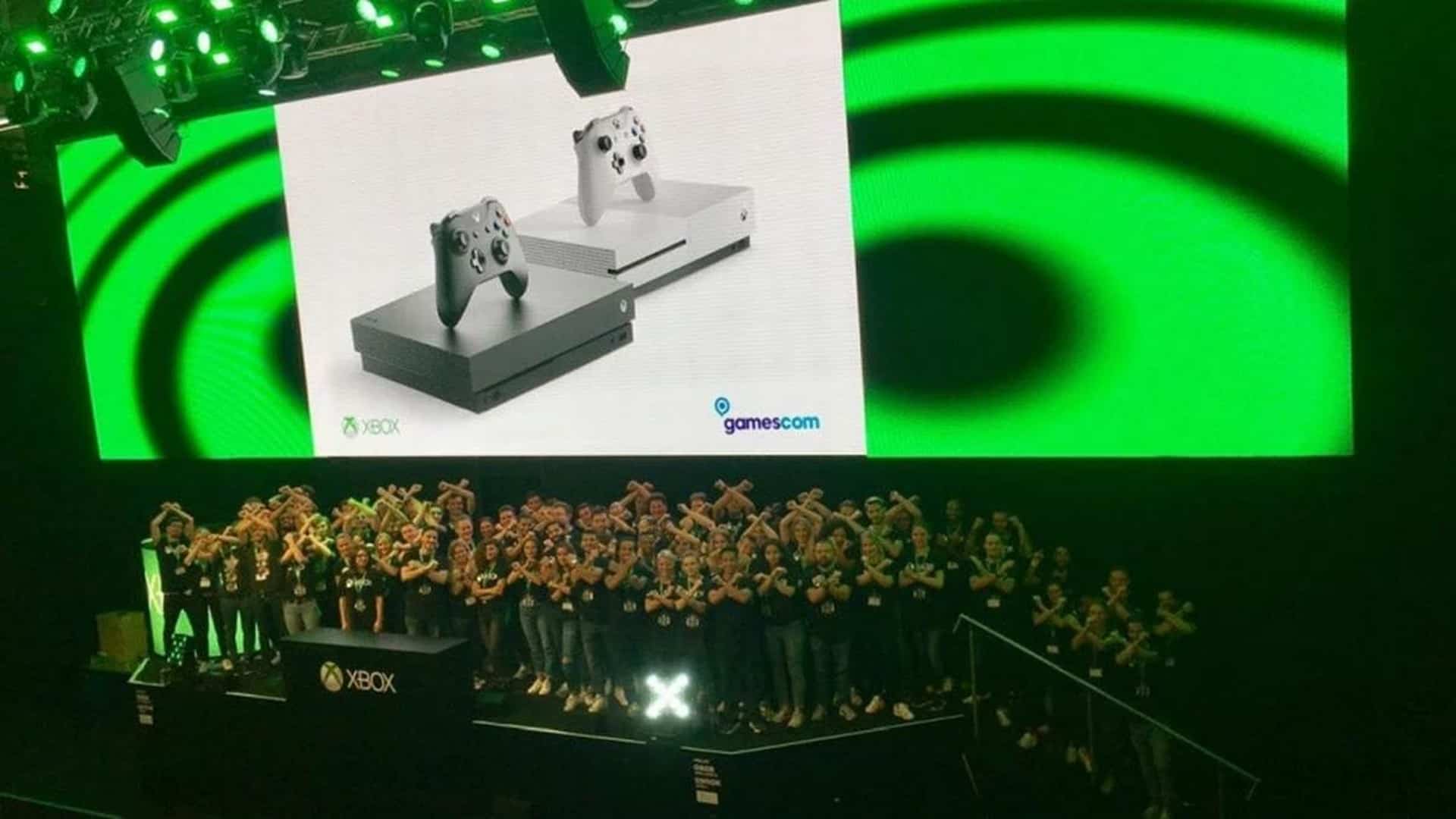 Following this year’s incredible E3 and the breathtaking reaction Xbox had from our fans, they’re excited to let you know that Xbox will be coming to gamescom 2019 in Cologne, Germany.

Xbox will be bringing a great line up of games to the event from developers around the world with almost 200 gameplay stations at their booth, including the first public hands-on of both Minecraft Dungeons, Horde Mode in Gears 5 and fans in Germany can also try Project xCloud for the first time.

Here’s a quick overview of what they’ll be getting up to at the show this year:

Inside Xbox live from Cologne

To kick off the week, Xbox will be hosting a special episode of Inside Xbox live from the Gloria Theatre in Cologne. Tune in Monday, August 19 at 5:00 p.m. CEST (8:00 a.m. PDT) for the latest news, games, accessories, and features that they can’t wait to tell you more about!

Held at the Gloria Theatre on Wednesday, August 21 to Friday, August 23, Xbox Open Doors offers fans a multiday experience during the week of gamescom. Entry to Xbox Open Doors is free and fans will be able to participate in community events, game tournaments, panel sessions and other exciting experiences. Stay tuned for more information and announcements about Xbox Open Doors.

The Xbox booth will feature nearly 200 gaming stations with a fantastic line up of titles across a variety of genres and platforms, with many of these experiences coming to Xbox Game Pass for Console and Xbox Game Pass for PC at launch. If you’re coming to the show, make sure you pay Xbox a visit – they’re in Hall 8 of the Koelnmesse (access via North entrance).

gamescom will be the first time that fans in Europe will have the chance to jump in and try out many of our newest gameplay experiences from Xbox Game Studios including Age of Empires II Definitive Edition, Battletoads, Bleeding Edge, Gears 5, Halo: The Master Chief Collection on PC, Minecraft Dungeons and more. In addition, they’ll have several highly anticipated third-party games available to play at the booth, including Borderlands 3, Doom Eternal, NBA 2K20, and Tom Clancy’s Ghost Recon: Breakpoint. Fans at gamescom will also be amongst the first in Europe to get hands-on with Project xCloud and experience the true power of cloud gaming on mobile.

Lastly, Xbox believe that gaming should be safe, inclusive, and accessible for all, and in that spirit they’re excited to announce that their booth is even more accessible to fans at the show this year. This includes Xbox Adaptive Controllers available for nearly every game on the booth, wheelchair access at every point of the booth and sign language interpreting support for all on-booth programming in both English and German.

Featuring Xbox Game Pass for PC titles such as Halo: The Master Chief Collection, Age of Empires 2: Definitive Edition and more at their Xbox booth, you can also check out the latest PC gaming hardware at their booth dedicated to gaming on Windows PC. They also have custom-built PCs from BoostBoxx by CSL, the latest gaming laptops and desktops from Acer and other partners showcasing high-quality components that deliver powerful PC gaming experiences. Fans can even try the goliath of gaming chairs, the Predator Thronos!

Returning to gamescom in partnership with Game Legends, come and visit the Xbox Official Gear Shop in the gamescom fanshop arena. Fly your gaming colors and show off your fandom for Xbox and award-winning franchises like Gears of War, Halo, and Sea of Thieves with all new apparel and collectibles including the gamescom exclusive Xbox Green Tech Sphere pin!

Show opening times are as follows: