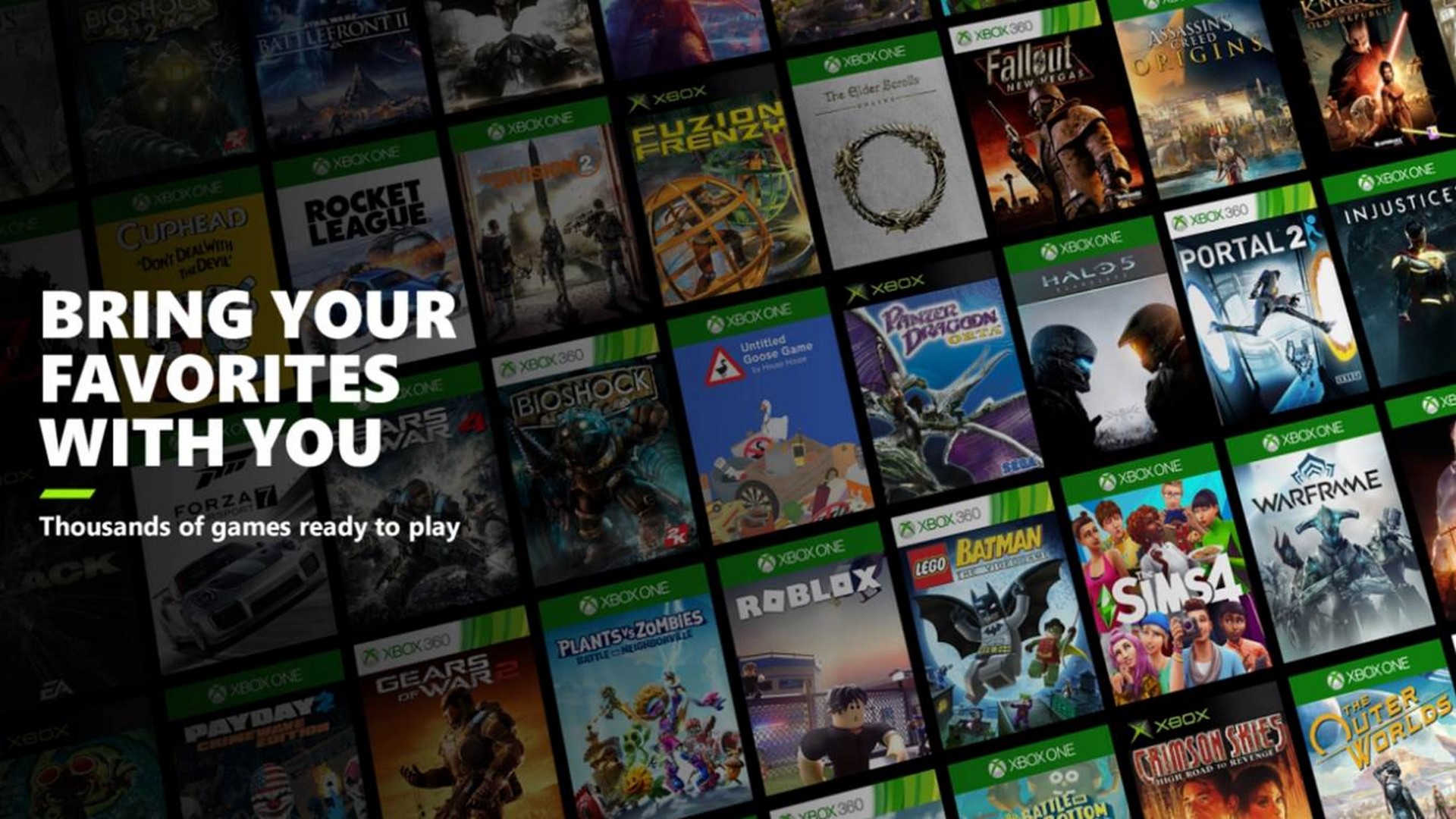 As gamers, we know how important it is to preserve and respect your gaming legacy. We believe your favourite games and franchises, your progression and achievements, your Xbox One gaming accessories and the friendships and communities you create through gaming should all move with you across generations. We also fundamentally believe that not only should you be able to play all of your games from the past without needing to purchase them again, but they should also look, feel and play better on the next generation of Xbox consoles. Preserving and improving the thousands of games you know and love, or have yet to discover, has been a core objective since the beginning of the backward compatibility program in 2015, and with years of learnings and successes – and over 500,000 hours of gameplay testing across four generations of Xbox in the last year alone getting ready for Xbox Series X and Xbox Series S – we couldn’t be more proud of the results you will be able to experience beginning November 10.

Backward compatible games run natively on the Xbox Series X and S, running with the full power of the CPU, GPU and SSD. No boost mode, no downclocking, the full power of the consoles for each and every backward compatible game. This means that all titles run at the peak performance that they were originally designed for, with significantly higher performance than their original launch platform, resulting in higher and more steady framerates and rendering at their maximum resolution and visual quality. Backward compatible titles also benefit from significant reductions in load times due to the massive leap in performance from our custom NVME SSD at the heart of the Xbox Velocity Architecture.

Auto HDR for everyone

Modern games often implement high dynamic range (HDR) to improve overall visual quality. HDR allows a game to render a much larger range of brightness values and colours. This gives an extra sense of richness and depth to the image when compared to a standard dynamic range (SDR) image. For example, the light from a flashlight looks much brighter and red flowers look much more vibrant.

However, thousands of Xbox games shipped before HDR was first introduced with Xbox One S, and even for some Xbox One games, developers simply didn’t have the development resources or time to implement HDR. With Xbox Series X and Series S we are introducing a new feature named Auto HDR. Auto HDR automatically adds HDR enhancements to games which only shipped with SDR. Auto HDR enhances the visual quality of an SDR game without changing the original artistic intent of the game. Auto HDR is implemented by the system so developers don’t have to do any work to take advantage of this feature. Also, since Auto HDR is enabled by the console’s hardware, there is absolutely no performance cost to the CPU, GPU or memory and there is no additional latency added ensuring you receive the ultimate gaming experience.

The below images show how Auto HDR can improve the visual quality without changing the overall look of the game. The HDR images are brighter and more colourful only in the naturally expected areas, while the rest of the image retains its original intent. 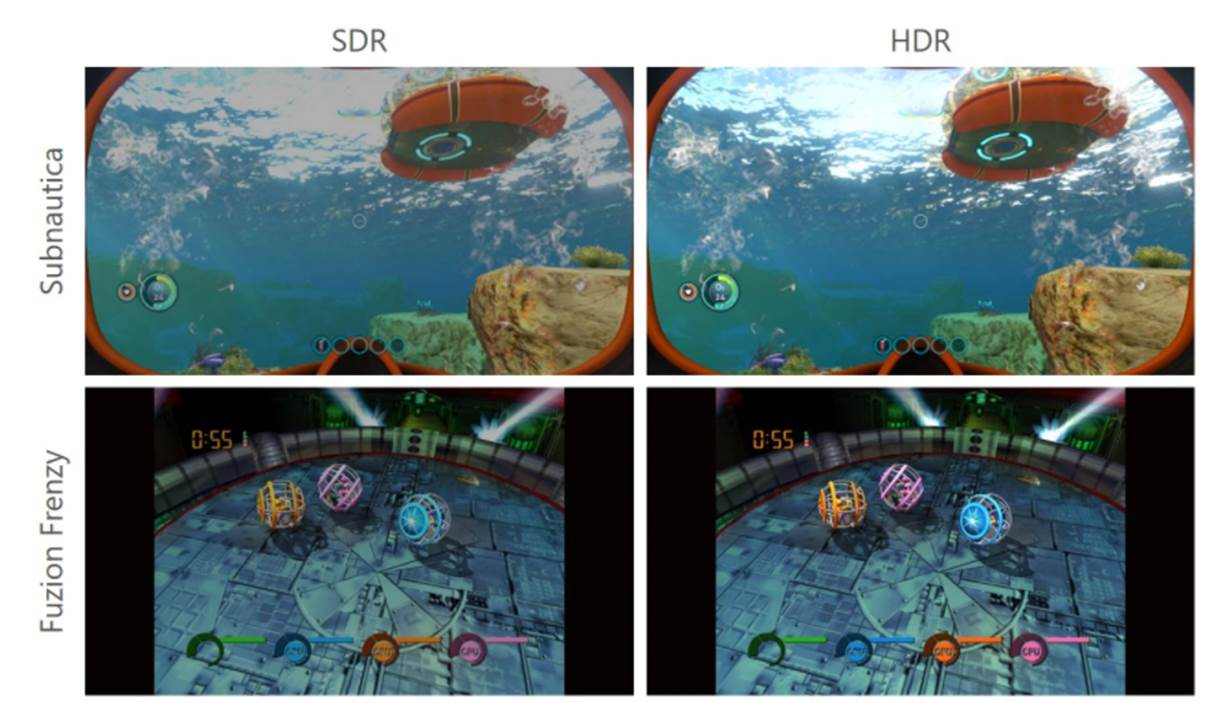 Amazing innovations for some of the classics

By the time the new Xbox consoles launch this November, the team will have spent well over 500,000 hours of gameplay across the entire backward compatibility catalogue to ensure your experience is the best possible, no matter which game is your favourite. Beyond the improvements all backward compatible games will see due to increased hardware performance, our team of backward compatibility engineers continue to innovate and push the limits of game preservation and enhancement to make your current game library look and play even better, at no additional cost and with no work from developers while still respecting the artistic intent and vision of the original creators.

Xbox Series X and Xbox Series S bring next-gen performance to your favourite games. Higher, steadier framerates make games feel smoother, resulting in more immersive gameplay. Many improvements are the result of the custom designed processor that allows compatible games to play and leverage the increased CPU, GPU and memory from the new consoles. In addition however, the backward compatibility team has developed new methods for effectively doubling the framerate on select titles. While not applicable for many titles due to the game’s original physics or animations, these new techniques the team has developed can push game engines to render more quickly for a buttery smooth experience beyond what the original game might have delivered due to the capabilities of the hardware. Fallout 4 framerate, shown below, is effectively doubled from 30fps to 60fps on Xbox Series S, delivering a new way to preserve and enjoy this legendary title.

Enhanced visuals you have to see to believe

On the Xbox One, we were able to provide a curated list of titles that were enhanced for the Xbox One X via the Heutchy method. This allowed titles from Xbox 360 that rendered at 720p and original Xbox games that ran at 360p to play at 4K on Xbox One X, well beyond the capabilities of their original platform. The Heutchy method continues to be used to bring a variety of titles to 1440p on Xbox Series S and 4K on Xbox Series X.

Delivering on our promise

The backward compatibility team has been working hard to make all the games you love and remember available to you on Xbox Series X and Series S. Playing the games will be just as easy and magical as it’s always been. Simply insert your favourite backward compatible Xbox One, Xbox 360 or original Xbox disc into your Xbox Series X, install the game, and you’ll be ready to play. Your digital library will instantly appear and ready for download on the console when you sign in. If you’ve already installed your games to an external drive, you can bring that with you to the Xbox Series X and Xbox Series S. This all happens with no additional cost to you. And, with cloud saves, you’ll jump right back in where you left off. For those of you still enjoying Xbox 360, cloud saves will soon be free to all Xbox 360 users, making transferring your favourite games to Xbox Series X and Xbox Series S even easier.

Preserving the games of our past is fundamental to our DNA at Xbox and our continued promise to you. Backward compatibility lets you experience your cherished gaming memories again and in new ways. Your favourite games retain everything the original developer intended, while experiencing enhancements and exciting new features. There’s no need to look back, because your games are ready to move forward with you to the next generation of Xbox.