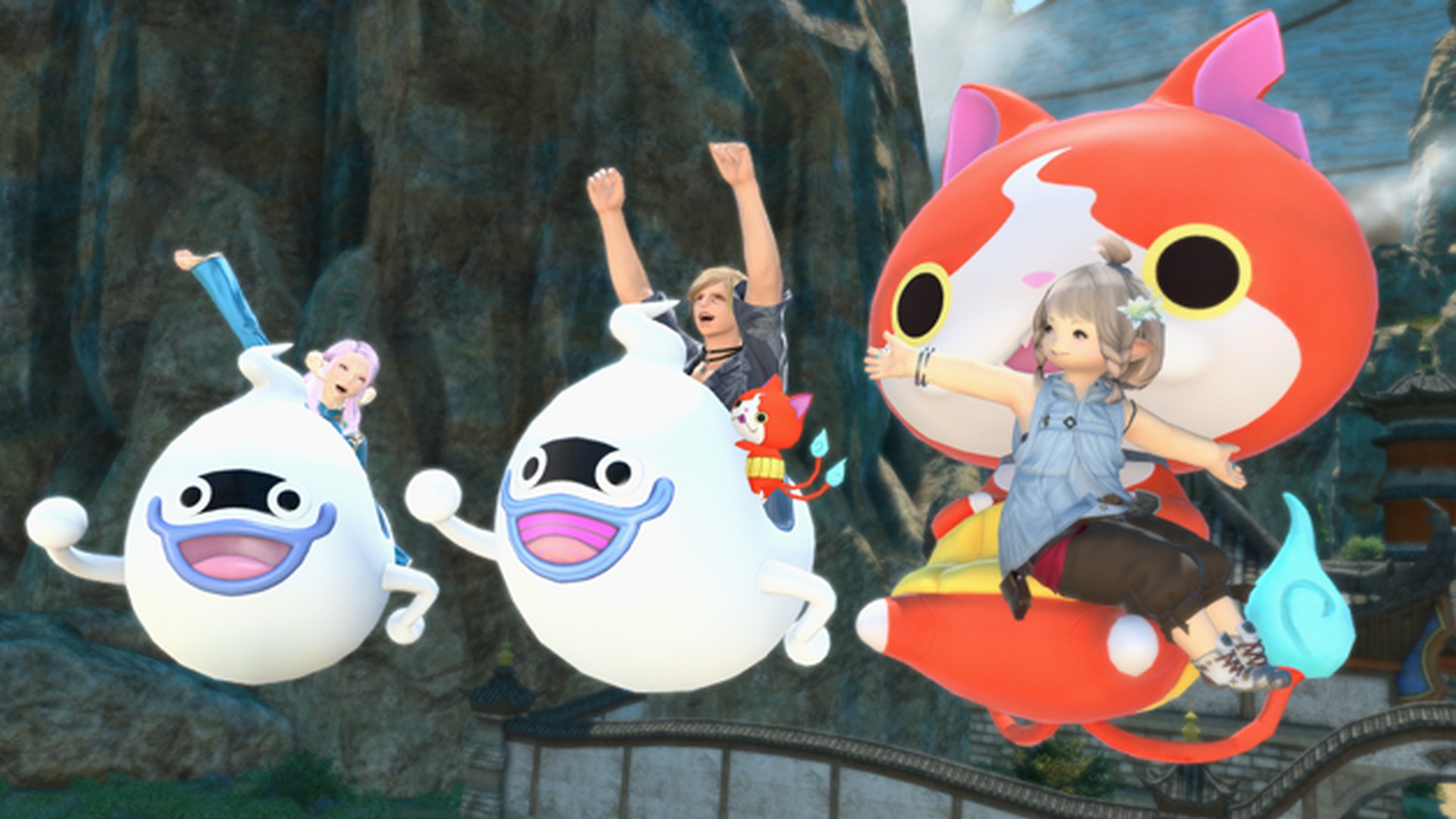 The Yo-kai Watch collaboration event, Gather One, Gather All!, returns today to FINAL FANTASY® XIV: Online and is bigger and better than ever with all new rewards for players to obtain, including new Yo-kai-themed minions, weapons, and a mount.

All players level 15 and above, including new adventurers exploring Eorzea with the recently expanded Free Trial, are eligible to participate in the event and can earn seventeen Yo-kai minions, including the fan-favourite Jibanyan and newcomer Damona. Seventeen Yo-kai weapons are also available for players to earn.

In addition to the previous event offerings, this new and improved edition of the Yo-kai Watch collaboration introduces four new Yo-kai minions and Samurai, Red Mage, Gunbreaker, and Dancer Yo-kai weapons for both new and veteran players to earn. Additionally, players who are up to the challenge of collecting the full catalogue of Yo-kai minions and weapons can earn a total of three mounts, including the new Jibanyan mount.

Full details on the Gather One, Gather All! collaboration event can be found here: https://eu.finalfantasyxiv.com/lodestone/special/2020/youkai-watch/vdnaiga67o

Additionally, the Moonfire Faire seasonal event is currently underway and will be available until August 26. Players can obtain a special Flame Dance emote by completing the event quests, along with themed equipment pieces.

Having recently announced 20 million total registered players, there’s never been a better time for newcomers to begin their adventures in the critically acclaimed FINAL FANTASY XIV Online saga. The recently expanded Free Trial now includes all content from A Realm Reborn™ and the Heavensward™ expansion (and updates through Patch 3.56), as well as an additional playable race (Au Ra), and three additional playable jobs (Dark Knight, Astrologian, and Machinist).