By Lance Karrasch on November 5, 2017 on Reviews, 6 More
close [x]
Tweet
No Comments

Wolfenstein 2: The New Colossus is set in a world where the Nazis have won WWII. Once again, you play as protagonist “BJ” Blazkowicz who is injured during a mission against the Nazi’s back in Wolfenstein: The New Order who then spends 14 years in a coma. Wolfenstein 2: The New Colossus picks up right where the previous title left off with BJ waking up hell bend to track down and kill the scientist he failed to kill during the war.

Wolfenstein: The New Colossus, unlike the first game, has environments that are a lot larger than the previous games allowing you more than one way to get around. Though, just like in the previous games, you do have the option of sneaking around taking out all the enemies instead of going in all guns blazing. Also Like in the previous games, if you track down and kill a high ranking officer, you will prevent further reinforcements being called in. In the beginning I did managed to stealthily take out a good portion of them but due to the shear size of some environments, I can tell you now, it’s definitely harder to do so and sooner or later I was forced to pull out my guns and just go to town. Now, I was OK with this, I mean this is a Wolfenstein game after all, a FPS game that has some of the best guns in any FPS game so using them is always more fun than sneaking around.

Now, while bad ass guns are nothing new to the Wolfenstein games, contraptions are. These are a set of abilities that BJ can acquire from about the halfway point of The New Colossus single player. The 3 “Contraptions” are “Stealth”, which makes your footsteps quieter allowing you to sneak through tiny spaces, “Tactical” which gives you a height boost so that you can reach higher areas for a better advantage and the last one is “Mayhem”, which gives you the ability to take down enemies by simply ramming into them.

Every weapon in The New Colossus feels great to use, and now you have weapon mods to make them feel even better. Weapon mods are another new addition to the game. This lets you attach mod kits into three unique upgrades slots for each gun. Now, while these don’t really have much of a game altering effect, their effects are powerful and you immediately feel the difference.

Besides the main story missions there are some optional things you go off and do. Killing officers mentioned earlier gets you a set of enigma codes. You can use these enigma codes to unlock extra missions. These essentially take you back to previous level locations and from here you’ll be tasked with killing high ranking Nazi officers while dealing with a slightly tougher range of enemies.

Wolfenstein II: The New Colossus is one good looking game, but it’s not all about the beauty. It’s also a pretty shocking and brutal game at the same time. The game can turn on you at any point, then before you know it you’re up against what looks like a machine you don’t think you’ll have any chance of taking down. After a few attempts and working out their patterns, you end up showing them who’s boss and taking them down. It’s the satisfaction you get after the boss fights that have you wanting more.

So is Wolfenstein II: The New Colossus worth picking up? With a fun, heart pumping campaign that will last around 10-15 hours to finish, assuming you take the time to explore environments for goodies and do the extra missions, The New Colossus will have you going back, hunting down Nazi over and over again. 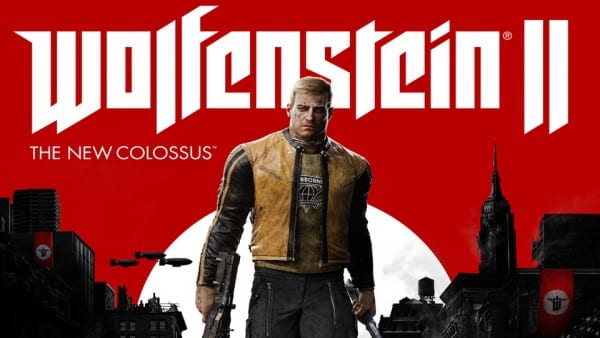 Wolfenstein II: The New Colossus is the highly anticipated sequel to the critically acclaimed, Wolfenstein: The New Order developed by the award-winning studio MachineGames.