Do you like video games? Do you like absurd humor like in animated TV shows like Archer or Bojack Horseman? Well you are going to love 3 out of 10! Developed and published by Terrible Posture Games, the creators of previous games such as ‘Tower of Guns’ and ‘Mothergunship’, this game does not miss a beat at showing off their weird brand of humor. It shines perfectly in this comedy of total absurdity.

The premise is simple, ‘3 out of 10’ is a game but also an interactive sitcom, with the game coming out in episodic form, with season 1 coming out absolutely free on the Epic Games store, consisting of 5 episodes. Let’s dive into Episode 1 “Welcome To Shovelworks”.

Like any sitcom, it brings you an array of kooky characters that work at Shovelwork Studios; considered the worst, if not the most unconventional games development studio ever conceived. As you are invited to a variety of characters, you soon realise they are all hard at work upon the release of their latest game ‘Surfing with Sharks’. Introduced to the main character, Midge, you are the team’s newest animator after the last one spontaneously combusted, tasked with doing anything but animation apparently.

There is also a cast of other fellow developers that all work at Shovelwork Studios. Noteworthy out of the development team is Viper, who looked like someone from a Wolverine comic. Pylon, is also a stand out and who is strangely obsessed with the light green colours and the Engineering team that may or may not be feasting on your interns, is definitely an interesting turn of events. 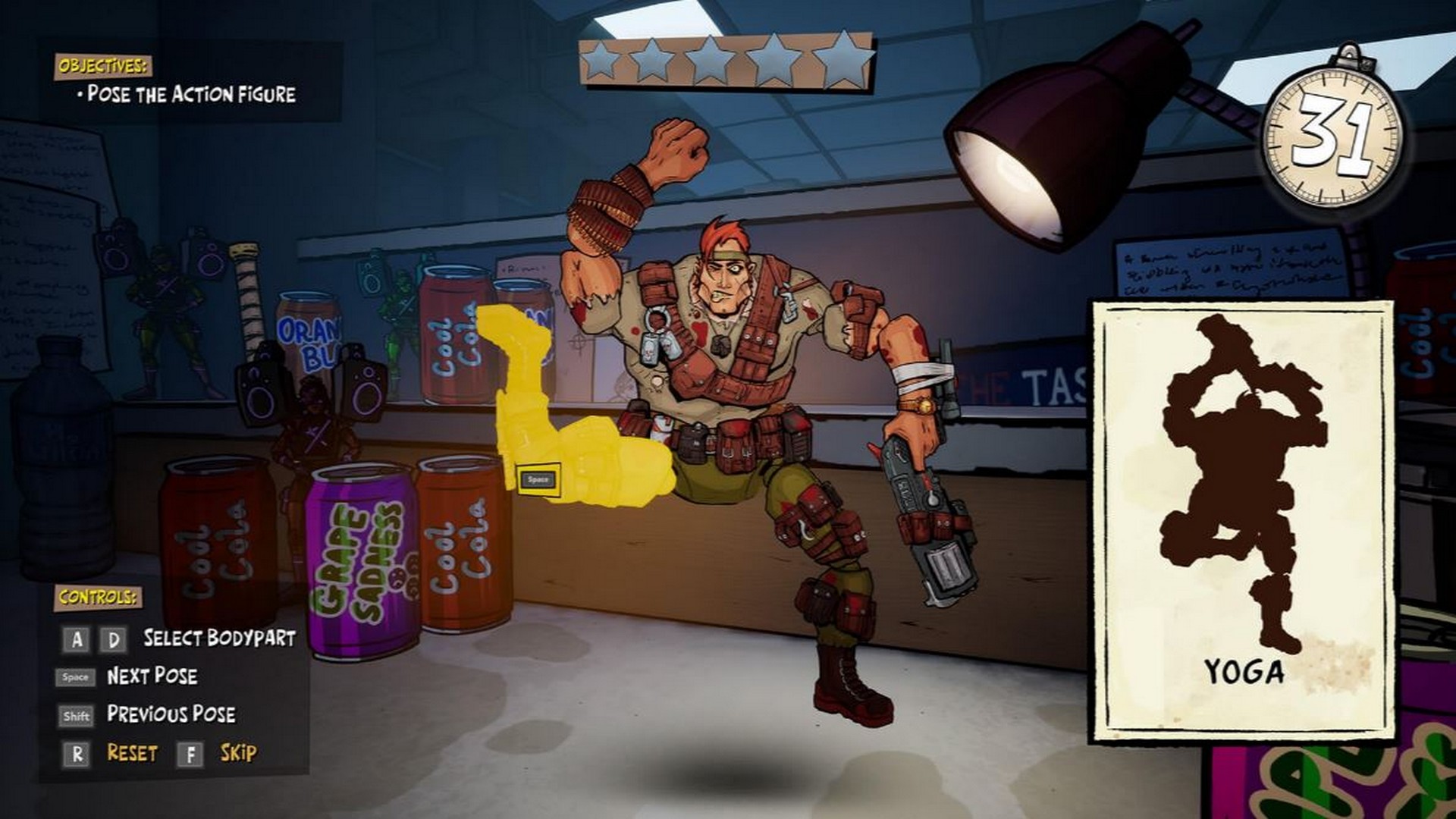 This cast of misfits are all voiced and animated with top notch detail and individuality, so much so that you instantly get hooked into the episode. The use of 2D animation with a 3D background for most of the environments, really makes the scenes pop with charisma and charm, especially with all their bright hipster attire and splashes of individual styles.

The game has very basic controls and a range of mini games to partake in. It’s easy to interact with the environments and various elements throughout, with helpful hints sprinkled through the game to help you navigate. The mini games are thankfully not an end all and restart premise, with them just being an ability to get a higher score for your overall experience. Don’t get me wrong the mini games are hella fun to break up the story but like I said it’s not the end of the world if you’re not the best at them.

‘3 out of 10’ may be an interactive game but the sitcom tv show element to it and it’s crazy characters truly makes it shine. The fun mini games that help keep the story going is an enjoyable touch that keeps it engaging but the story and setting is what truly drives 3 out of 10. It definitely makes you want to continue the journey with these oddly loveable characters. With it’s absurd humour and interesting cliffhanger of an ending, giving this game a 3 out of 10 would be ironic as it is definitely a home run. See you at Episode 2!