Another week, another review, and this time I get the chance to play 9 Monkeys of Shaolin. I like most things to do with martial arts, especially a Cinemax show called Warrior. If you haven’t seen it, I highly recommend it. Now this game takes me back to old-time Kung Fu movies, especially when it comes to the story. 9 Monkeys of Shaolin is from a Russian independent game studio, Sobaka Studio and was published by Ravenscourt and Buka Entertainment, with Teyon in Japan, and Sonkwo in China.

Set in China 1572, you play as a fisherman called Wei Cheng whose parents died at the hands of the Wokou, a collection of 5 gangs. A young boy taken in by his Grandfather and aught the trade of fishing and fighting with a staff – usual Kung Fu movie plots.

Starting my game and joining Wei’s journey, the village is attacked by the Wokou, leading to the death of Wei’s Grandfather and leaving him badly wounded by one of the Big Bads. Waking in a fortified monastery, Wei is informed that his town is destroyed and everyone is dead. It is here that our adventure starts, and we are going to take down the Wokou.

The gameplay for this side-scrolling beat ‘em up takes me back to the button smashers off old, only all that is missing is the 16bit graphics. Each section has you taking on one of the five clans for each chapter. 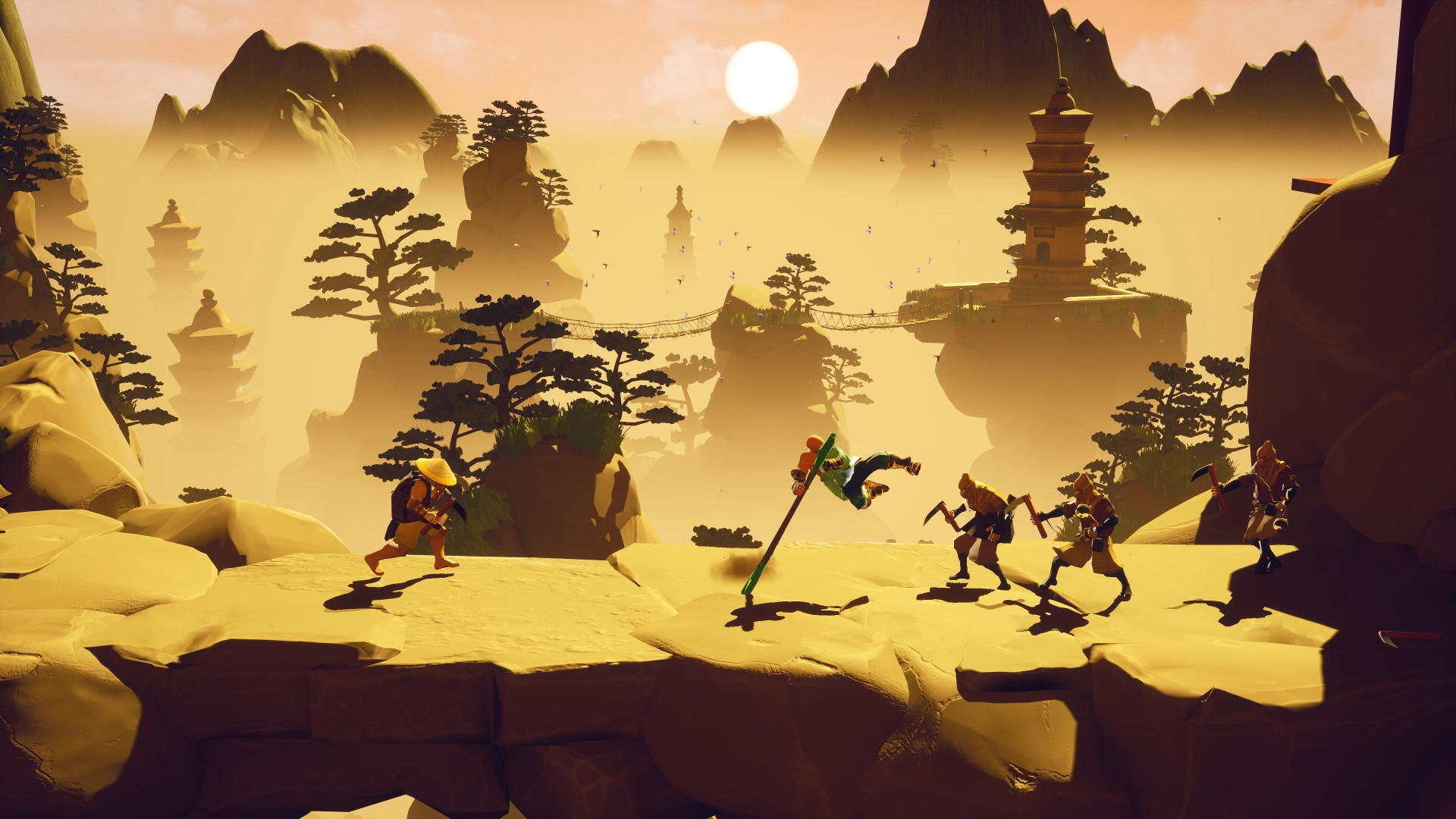 Each clan gets harder with each chapter, needing to take more damage to defeat, as every clan has the same types of enemies: Thugs, Ashigaru, Ninja, Samurai, Ghosts, and Sōhei. Each enemy type may have different weapons, and consequently, different techniques and attack versions. For example, the Ashigaru may be armed with a spear, sword, or arquebus, and in each case, they have a different combat style as well as some differences in appearance.

The art style for the visuals is an absolute joy. The burning wreckage in one area, changing to a wood mill. There are even little details like leaves on bamboo trees/plants. I don’t know if bamboo is a tree or a plant, but whatever it is, it looks amazing in the game, and the details are featured all the way down to the armour on enemy backs.

The audio is wonderful on the ears. If there is any repetition, I didn’t notice. This may have been due to focusing on combat, but what I did hear, apart from character voices, was a mini soundtrack vibing with whatever was happening on screen.

Oh baby! Another joy to this game is how it utilizes every button on the controller, as some enemies have weaknesses to certain moves. Each D-Pad direction is used to consume one of four types of teas, found by breaking boxes or barrels, they can provide health, boost attack power, or sustain unlimited Qi power for a limited amount of time. X, Y, bare kick, thrust and dodge, while A is used to dodge. The shoulder buttons are pick-up and deflect, while the trigger buttons are used for Ground Seal and Southern Elements (Magic/Specials). It all works really well over the usual spamming one or two buttons some other games seem to fall on. 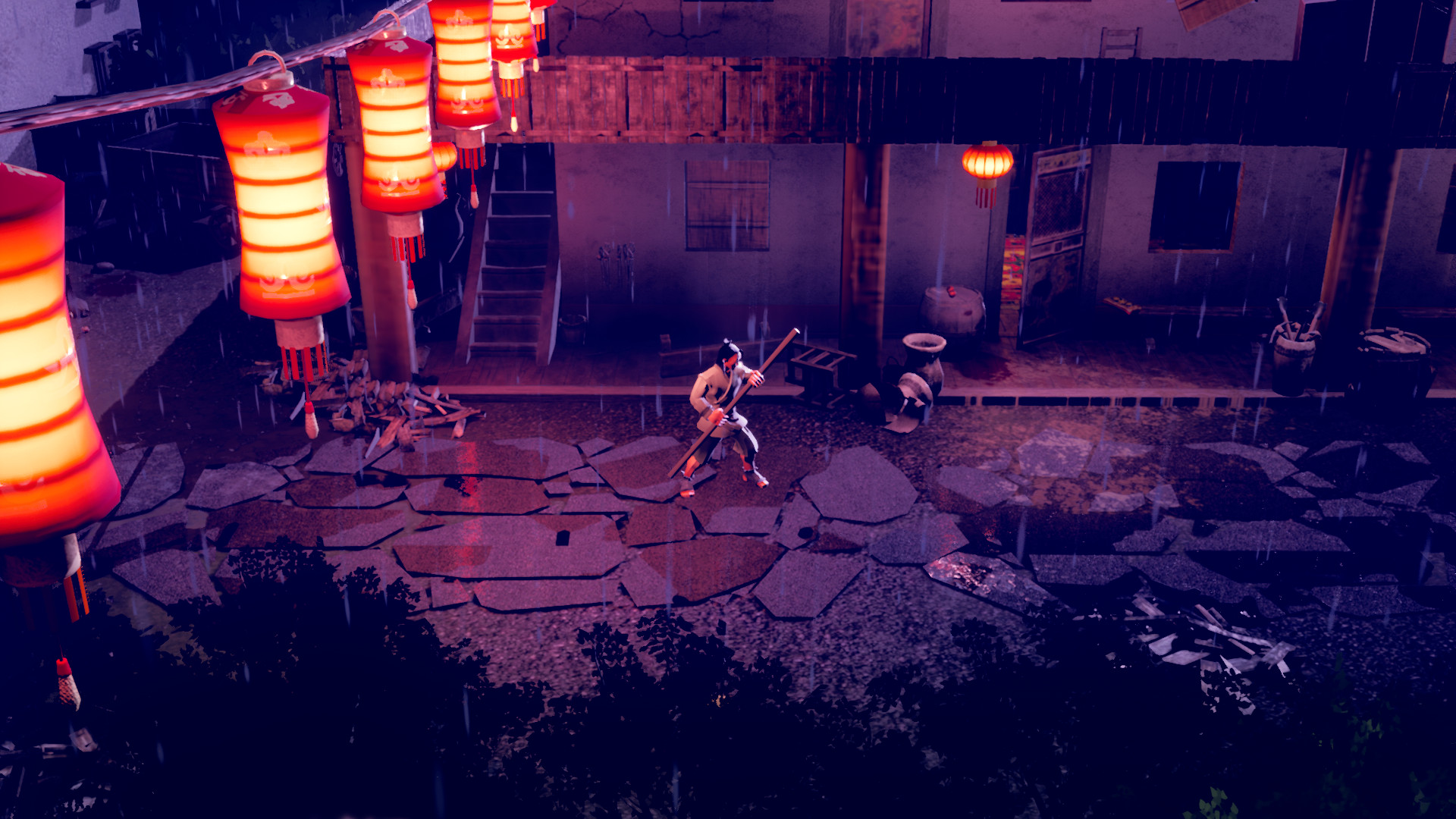 I can’t say I found much to complain about or pick at with 9 Monkeys of Shaolin. It was as challenging as it is fun, especially with each completed section of the chapter granting skill points that can be used in your skill tree, which will take a bit of time to max out. The skill tree consists of three sections (Base Stance, Acrobatic stance, and Magic Stance) that coincide with the X, Y, and B buttons, and it all had me taking the time to I pick the right skillset for my playstyle.

Co-op is nice and refreshing, be it online, or couch play with a second player who controls the youngest of monks called Daoshan. The only real issue I had was when an enemy got stuck behind one of the buildings. Since he was the last one I needed to defeat before I could move to the next section, this was annoying, but it quickly corrected himself once I moved to a part of the screen that was away from him, causing him to finally step out and attack.

I loved my time with this independent gem that generated feeling updated feelings of nostalgia. I seem to get a few games that bring up childhood memories, which is starting to make me feel old. I did get a kick out of playing this with my eldest child, as I got to explain (besides the graphics) this is what games of my generation were like and show him why they’re also the ones that took up most of my time. I’m glad I got to give this a go, but on that note, I shall leave you until my next review. Peace! 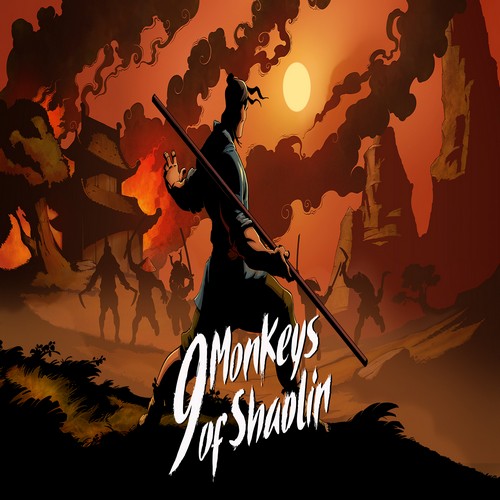 The true rebirth of iconic beat 'em up genre in vein of old-school video games! As a simple Chinese fisherman Wei Cheng you have to avenge the death of your friends and family slaughtered in a pirate raid at your peaceful village.