Well, we’ve ended one year and started another so what does that mean; new games, hardware, news and review’s. Speaking of reviews, my first one back in the swing of things and it all about jets, who doesn’t love jets? Million-dollar machines that have the power to break the sound barrier, along with the added fun of missile’s and machine guns… pew pew pew. I’m excited so lets’ call Kenny Loggins cause we’re going into the Danger Zone!!!

Here you’re put in the cockpit as Avie, a third-generation air force pilot. Without giving to much away and ruining the story, I was intrigued with how the story played out and believe it should be experienced by yourself as it does a very good job of drawing you in. As you play and complete story missions and objectives, you’re rewarded with XP points which can be put towards the aircraft skill tree. The skill tree is where you spend your XP unlocking the many aircrafts, special weapons and is also somewhere to upgrade parts and turning your aircraft into a beast of the skies. Racing through the skies, I felt like Maverick and all I was missing was Goose, hell I’d of settled for Ice-Man (if you don’t get that reference, go watch Top Gun). The graphics look amazing and flying in clouds may cause you to ice up, while flying too high will make you stall I at least thought I’d make it to the atmosphere before stalling. A bit of a buzzkill is looking at my speed and it is saying I’m doing 2,500ks yet it feels like I’m moving extremely sluggish.

Now, from my last sentence I have to say it doesn’t feel like that in multiplayer and this is where it’s at. Because I had been given an advanced copy to review, I was worried I wouldn’t be able to test this. My god I’m glad I did and faced real players instead of AI which is always going to be better. Though there only two game modes, Battle Royal; every man for himself with the first to reach 100,000 points or the timer runs out, or team with 3 other friends in 4 vs 4 Team Deathmatch. Sadly, I never had friends to test this with, though I still had an amazing team member (let’s call him maverick), leading me to victory on 1 of the 6 decent sized maps while not going out of bounds once. Like single player, you also gain experience here and as well using it to unlock or upgrade your jet for multiplayer use, there’s a lot on content to keep the diehard fans grinding for the best of the best. Here you keep track of all records, medals and assault records from campaign as well as multiplayer in this nifty little mode, while replaying cut scenes, keeping track of aircraft you obtain joined by as detailed information about each one.

The graphics are amazing, from the shine of the sun against the wings of the jet from the clouds having a fog effect flying through them to ice starting to form on the jet itself. It is incredible! Buildings are a bit hazy when you fly down close to cities, but understandable it is a game about flight. Controls are easy to master with the option of easy for players new to the franchise and advanced controls for veteran player’s taking full advantage of whatever controller your using to play. I imagine a flight stick would make it even more incredible. Gameplay is good enough to keep entertained minus the turning which just bugged me when I’m supposedly going at tremendous speeds while looking sluggish a slow onscreen that’s just me personally just nit picking. All in all, I had a great time telling myself I was maverick while humming DANGER ZONE to myself especially in multiplayer. Bandai Namco have done an amazing job with the new entry in the Ace Combat franchise. New or veteran players are sure to enjoy it. I know I’ll be jumping back into team deathmatch once its officially released and on that note, I’ll leave you to it. 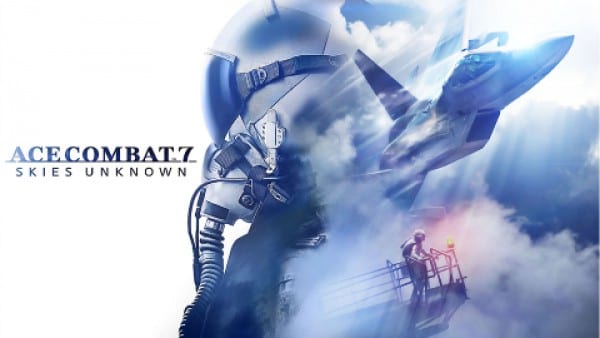 Strap yourself into the cockpit of some of the worlds most formidable fighter planes and skim through the clouds embarking on daring aerial stunts and nerve-shredding tactical dogfights.