Do you ever just stare at your game library and don’t know what to play? Don’t want to commit to 50+ hours of story just to end up forgetting it while you play a new release? Well, Alien Scumbags is a great game to play in-between. Developed and Published by Monster Finger Games, this 8-bit platformer shoot ’em up title pays homage to a lot of pop culture, varying from Halo to Tomb Raider and even Pokémon. Even Trump gets a shoutout.

Set some time within the next 80 years, Earth has been nearly destroyed by Nuclear War. A research ship called the Nostrami is our last hope, but hasn’t replied to communications in the last 48 hours. Snake, Lara (Croft) and Duke (Nukem) are off on their own little adventures, so the only hope left for humanity is Master Chef – a cake-baking space marine who strongly resembles the hero of the Halo series. Your mission is to investigate the Nostrami, seek out survivors and kill the Alien Scumbags. While you’re at it, “Let’s Make Space Great Again!”

The game runs super smooth, as to be expected from such a small 8-bit shoot ‘em up, particularly in this day and age. The tongue in cheek humour had me laughing out loud and the Easter eggs had me searching every nook and cranny to see what pop culture reference they made next. The gun play mixed with the special effects and audio was next level, and using the pump action shotgun to blow alien faces off was really satisfying. 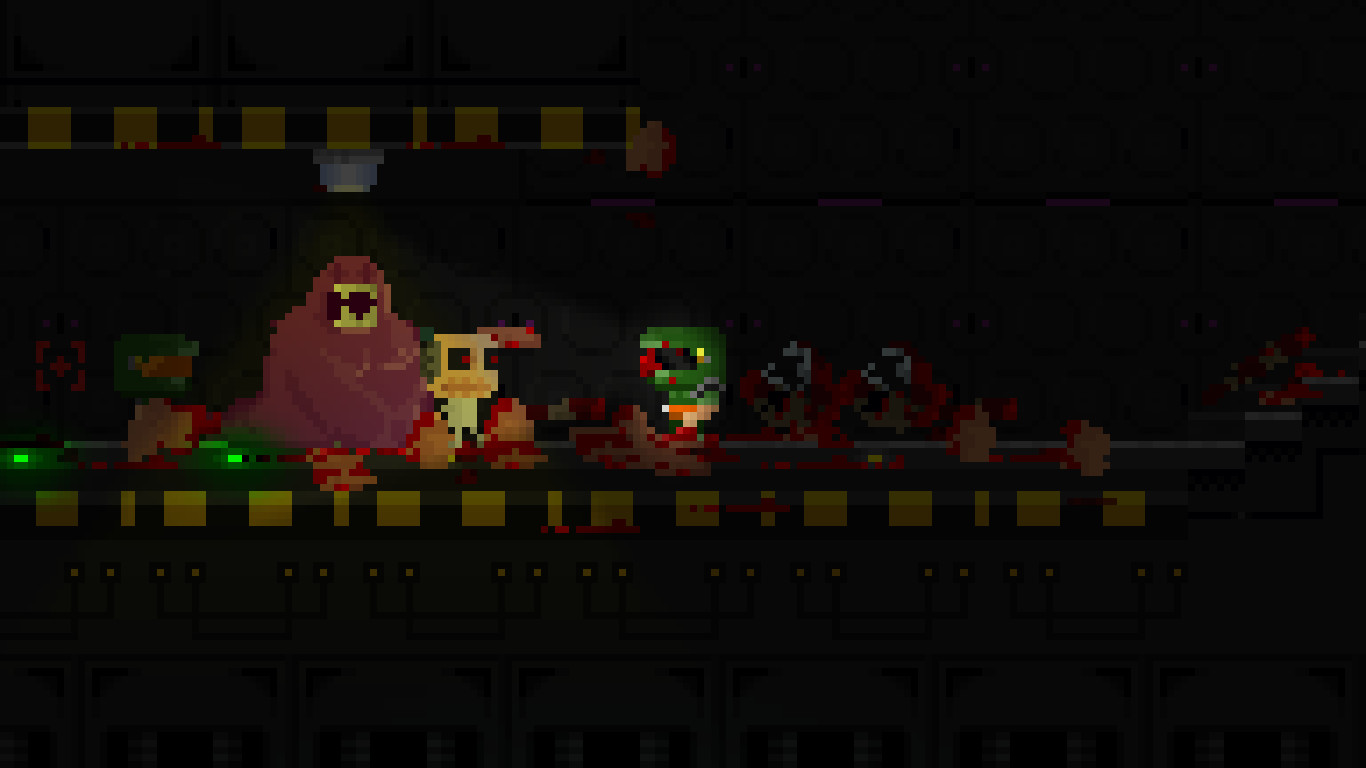 The weapons scattered through the levels vary from the trusty old pump-action shotgun to grenade launchers and laser rifles. Ammunition you collect within the level does not stack either, adding to the difficulty and making you think of when you should use which gun and where. The enemies scale in difficulty and each have their own unique abilities, while levels have strategically placed lockers you can hide in to avoid monsters and pick your battles. These come in very handy when fighting bosses.

The soundtrack is very atmospheric, helping add to the horror mood of the game. The level tracks range from dark and eerie to intense and upbeat, depending on the situation you find yourself in. Add this to the lighting effects within the game and they complement each other significantly. The enemy noises can get rather annoying after a while, especially the high pitch shrieking that some creatures make.

After listening to this for near an hour, I was well and truly over it. On the other hand, the sounds used for various guns were fantastically executed, especially when you shoot the shotgun. The deep bassy boom followed by the screen shaking, and an alien scumbags head exploding had me wanting more, but most notably, the sounds when scrolling through the menu options were amazing. 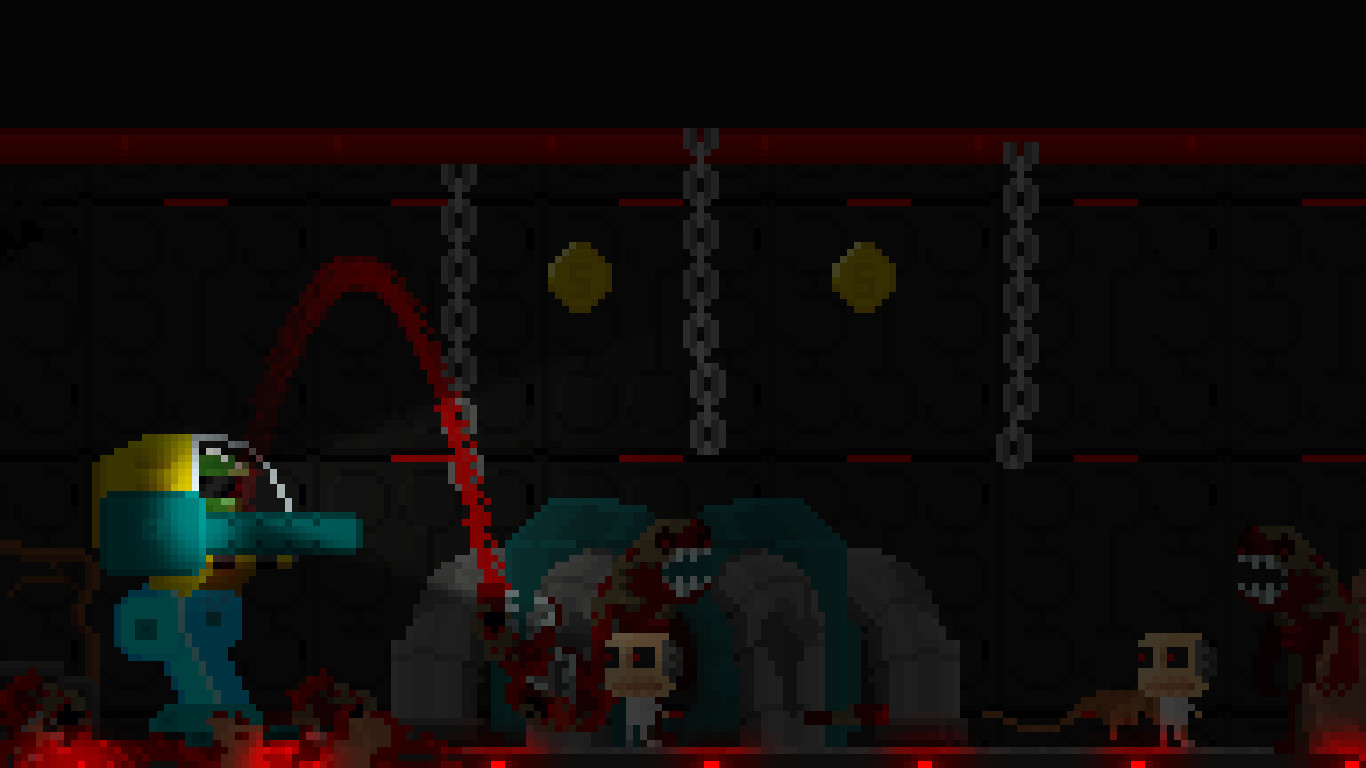 The story was extremely lacklustre, which given the massive pop culture references was a bit disappointing. You start off with a mission briefing from the general, and that’s about it. The game does have limited environmental storytelling, and as you travel through the Nostrami you come across several experimental rooms, suggesting things had an ill turn of fate upon the ship. Combine this with the blood writing on some walls and you can soon guess what happened.

There are 12 crewmate logs to unlock, with most being voiced, and the remaining text-based logs help to fill in the gaps. The only problem with the audio logs is that they were too quiet to hear over what was happening in game itself, sounding like I had a tab open and playing something in the background, often leading me to Alt + TAB out and check multiple times.

This platformer shoot ‘em up plays like many others of the genre, and although the levels feel small, they are packed with Easter eggs and collectables. Even though you start of with Master Chef, there are 12 unlockable spoof characters that each have different abilities, most notably “The Flasher” who has super speed. Combine the mindless killing of the alien scumbags, the 3 various difficulty settings, the variety of failed space experiments trying to kill you and the various weapons you find throughout the levels with the unlockable characters, the replayability of this game is super high! 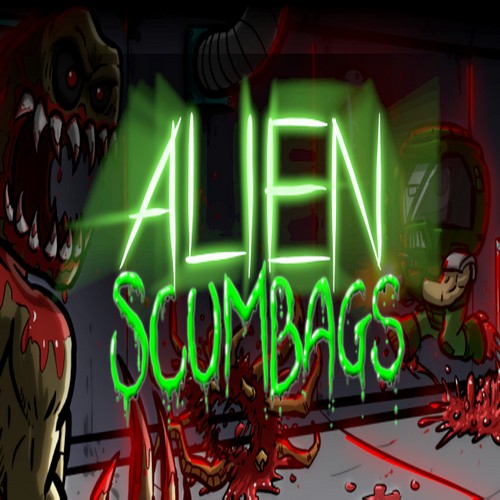 Run...Hide...KILL! The year is 20XX and the earth has been ravaged by nuclear wars, the only hope left for our planet is the research shuttle Nostrami, unfortunately the ship Nostrami has been incommunicado for 48 hours now. That's were you come in!