Alphaman, a cute 2D platformer by Heartfelt games, and is a game that will either leave you wanting more or ready to throw your controller at the wall. Heartfelt games have been around for a few years, their motto is “making games from the heart”; a very sweet affirmation that breathes the feeling they were making a game for the right person for that right feeling of nostalgia. Alphaman very much resembles Mega Man of old but with their very own spin or version of the game.

The story is a simple one, you are Alphaman, a recently built robot, who was designed to take on other robots that have been infected by a virus called Berserker, which causes a helpful robot to turn into a destructive one. Your main enemies throughout are a cleaning maid, a fire robot, an usher and a cook, certainly interesting.

Alphaman is a very cute game with very basic controls and simple graphics. You don’t get any sort of tutorial, which is OK as it doesn’t take long to figure out; jump, directionals, 2 different attacks and a sword swipe for close range and shooting for long range. The controls are easy to use and don’t require any great skill, it all just comes down to being able to time your jumps correctly. 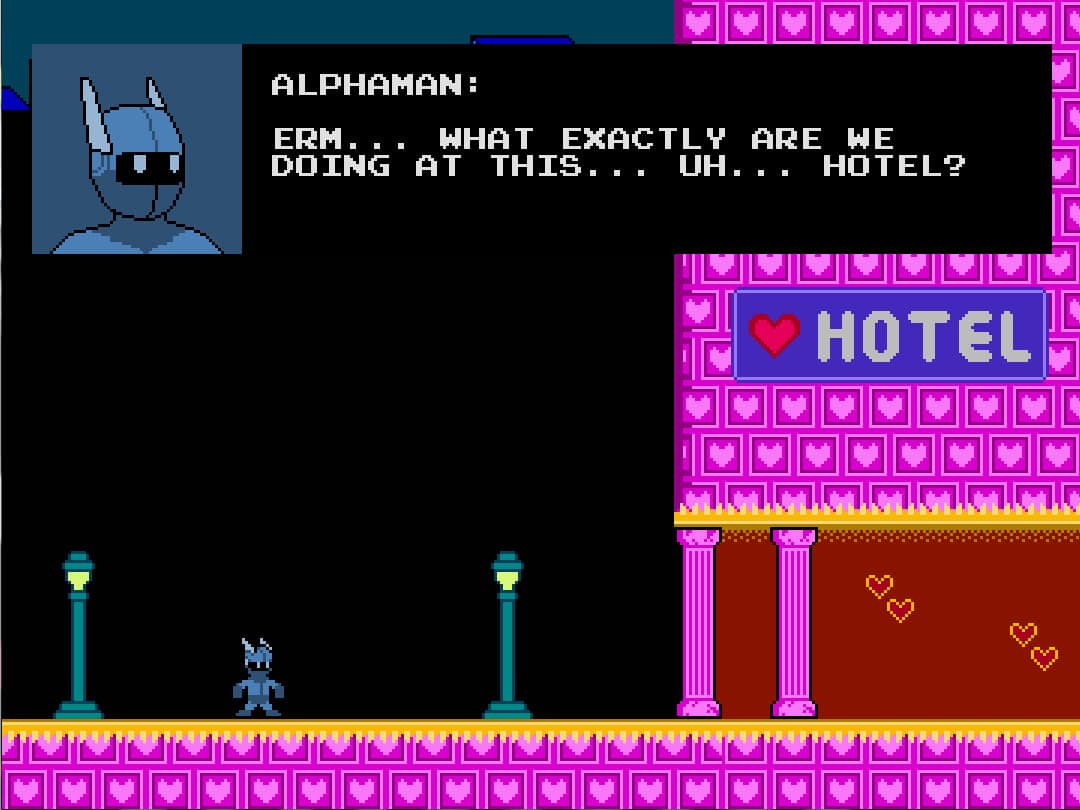 I hadn’t realised how bad at 2D platformers I was as I hadn’t played any in a very long time, but apparently, I am very bad at these games.

Being quite challenging, it would be fair to say you do need pretty good hand eye coordination in this platformer, which I must lack as it took over 50 times to jump over a somewhat simple jump. It took me a while to get back into a platform groove, despite the simple jump and shoot gameplay. While some enemies shoot at you, some just run or fly at you, this will having you thinking about which weapon will have the best effect. However, each is tricky to master, and the urge to throw my control was very real.

The levels themselves seem to be pretty short but when you do get to a boss battle, it is a small success. I say that as I imagine they relied on the fact that no one will complete the level in one go. This is in fact because if you die you either go back to the start or if you’re over halfway there is a revive there too, to pick up your struggling butt. The bosses all seem to have their own patterns and once you figure them out, they can be defeated easily enough. To be fair, after defeating an enemy you collect their weapon to utilise in the game further along. For example, defeating the maid, will in this case reward you with a broom that then makes for longer jumps, so going to levels that had near impossible jumps becomes a lot easier now. 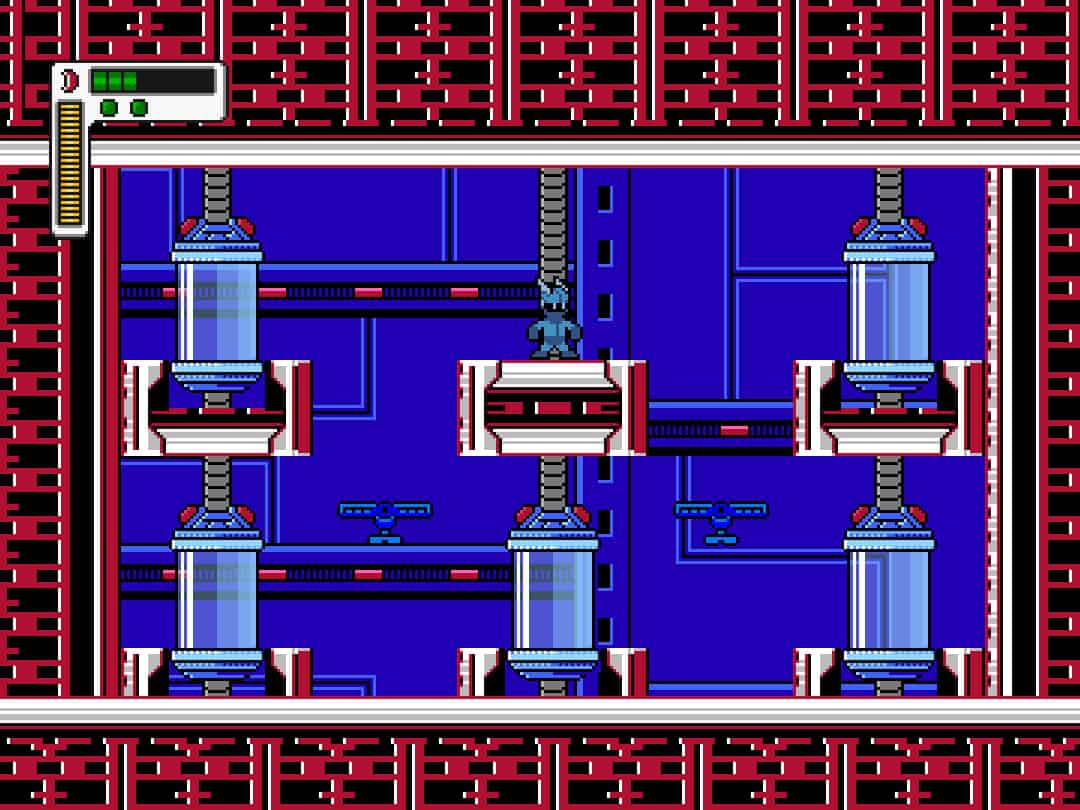 If the concept of repeating the same scenario over and over again, as you try to jump past a ridiculously hard jump doesn’t faze you, then listening to the music might. The sound track is a list of quite irritable techno noises, classic to this game style, with each level having a slightly different sound. The problem is though, when you are constantly restarting from dying and the music skips as the level restarts, you feel a tick beginning to build in your head.

Alphaman’s visuals are incredibly basic, being 2D can make it hard to do much with, but Heartfelt did well. You can clearly see what is a wall and what is a jump-able object. Each level had a different theme, with The Maid being at a hotel with environmental features like bedrooms and robotic cleaners you had to jump over. Another level was set in a graveyard and had cute coffins. Your character has pretty good detail and your enemies have different characteristics that make it easy to tell them apart.

Overall, for what the game was trying to achieve with its simple but challenging gameplay; it is a great game in design. It is a bit short but well-made, with no clear bugs or errors while I played, which is always a plus for a PC title! I will continue playing this game, if only to beat it; I will triumph over it and definitely deny my poor platforming skills. 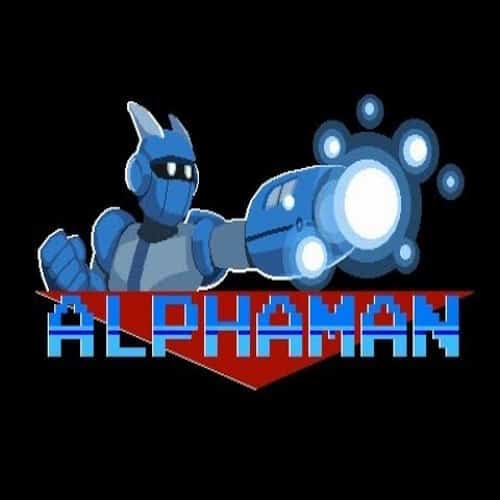 Alphaman is an action platformer made with nostalgic love from similar platformers of the past and present. Jump, shoot, and dash your way through various stages, gaining new powers and abilities along the way to stop the Red Bombers!