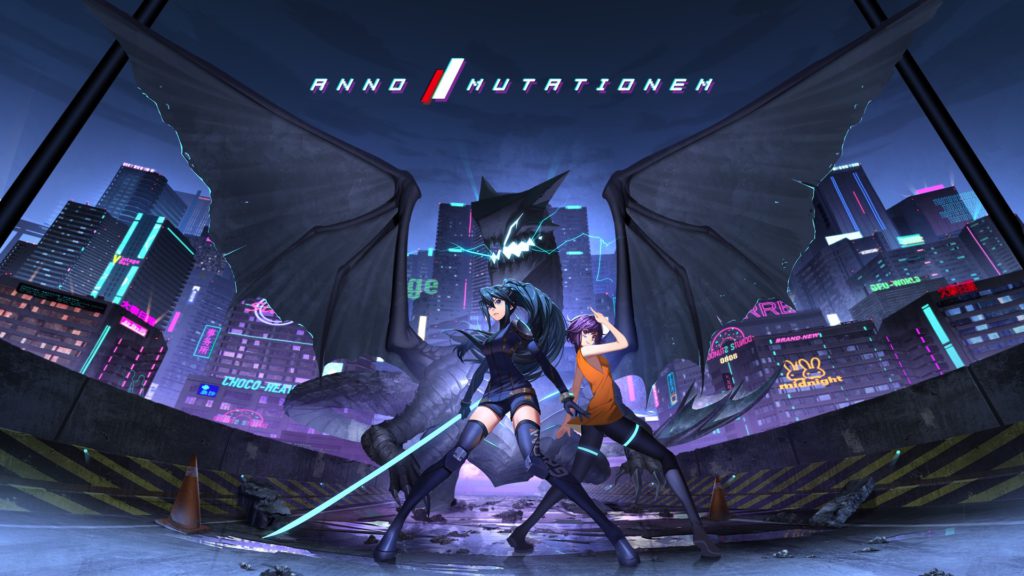 Published by Lightning Games and developed by ThinkingStars, ANNO: Mutationem is a cyberpunk-themed, action adventure RPG game that mixes 2D characters sprites with 3D environments. Already released on PlayStation 4|5 and PC earlier this year and receiving very positive feedback from players and critics, this action-packed, 2D side-scroller is now available on Nintendo Switch.

Set in a dystopian future, players take control of Ann Flores, a part-time bartender and highly-skilled combat-trained vigilante on a personal quest to find her missing brother. Players will have to explore various cities and locations to search for answers and utilise their deadly skills to take down dangerous criminals and reveal the true identity of a trending V-streamer.

ANNO: Mutationem is part RPG and part side-scrolling action platformer with occasional puzzles to solve along the way. The RPG side plays a huge part in the game to tell unveil more of the story, as players will be exploring cities in a 3D setting, chatting with various characters around town, or just listening in on conversations by reading the text above their heads. Players can also find items scattered around which can be used to replenish health, customise items, or be sold to make some extra cash. The RPG elements and exploration really gives it that open-world feel.

The story can feel like it takes up a little too much time and even though there is a good amount of well-done and entertaining voice acting during cutscenes, it’s outweighed by loads of text on the screen which can feel like it drags on. The cutscenes are the best parts of the RPG elements, as they help progress the story. The mystery detective-like story is definitely intriguing, but it does feel like it gets a little lost and confusing as players progress through the game. 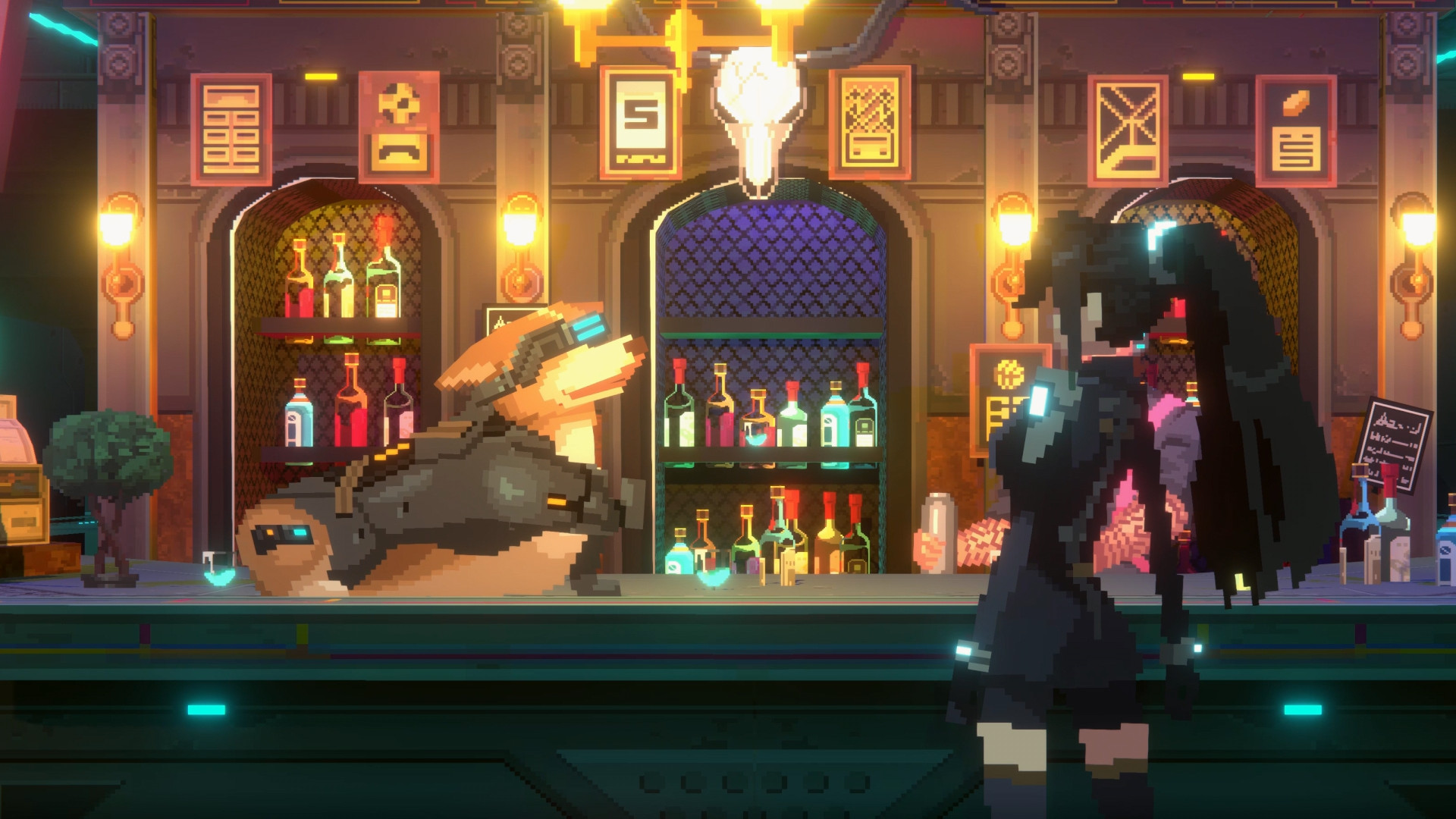 The combat sections are where the real fun begins. When the game enters combat mode, it goes from a 3D exploration setting to a 2D side-scrolling action platformer similar to classics like Strider or the Mega Man games while playing as Zero. Ann comes equipped with a plasma-like sword for fast-paced hack and slash action, a gun best used at long range especially to take down drones up too high, an even bigger sword for heavy attacks, and an energy shield to block attacks.

Ann can also throw grenades and acquire new weapons she finds on her journey or purchased from a weapons store. The enemies come in various forms from common thugs, armoured soldiers, drones, large mechs, and even beasts, becoming increasingly challenging as players get further in the game. This will encourage players to really strategise, rather than just run in and hit anything that moves.

Upgrades can also be unlocked in a skill tree, with skill points they’ve acquired for players to increase their maximum health or add various new moves to their arsenal. The new moves really add a lot to the already fun combat system and has something for almost every situation. The combat sections are fun, fast-paced, and exhilarating that will surely keep players on their toes, and are a nice contrast to the RPG side.

What really sets ANNO: Mutationem apart from other similar games is its unique art style that blends together retro-style pixelated 2D and 3D graphics. Somehow the 2D character sprites actually work incredibly well with the 3D environments. Seeing the 2D animation of all the NPCs, enemies, and especially Ann Flores moving around the 3D environments, looks like something only seen in animes. 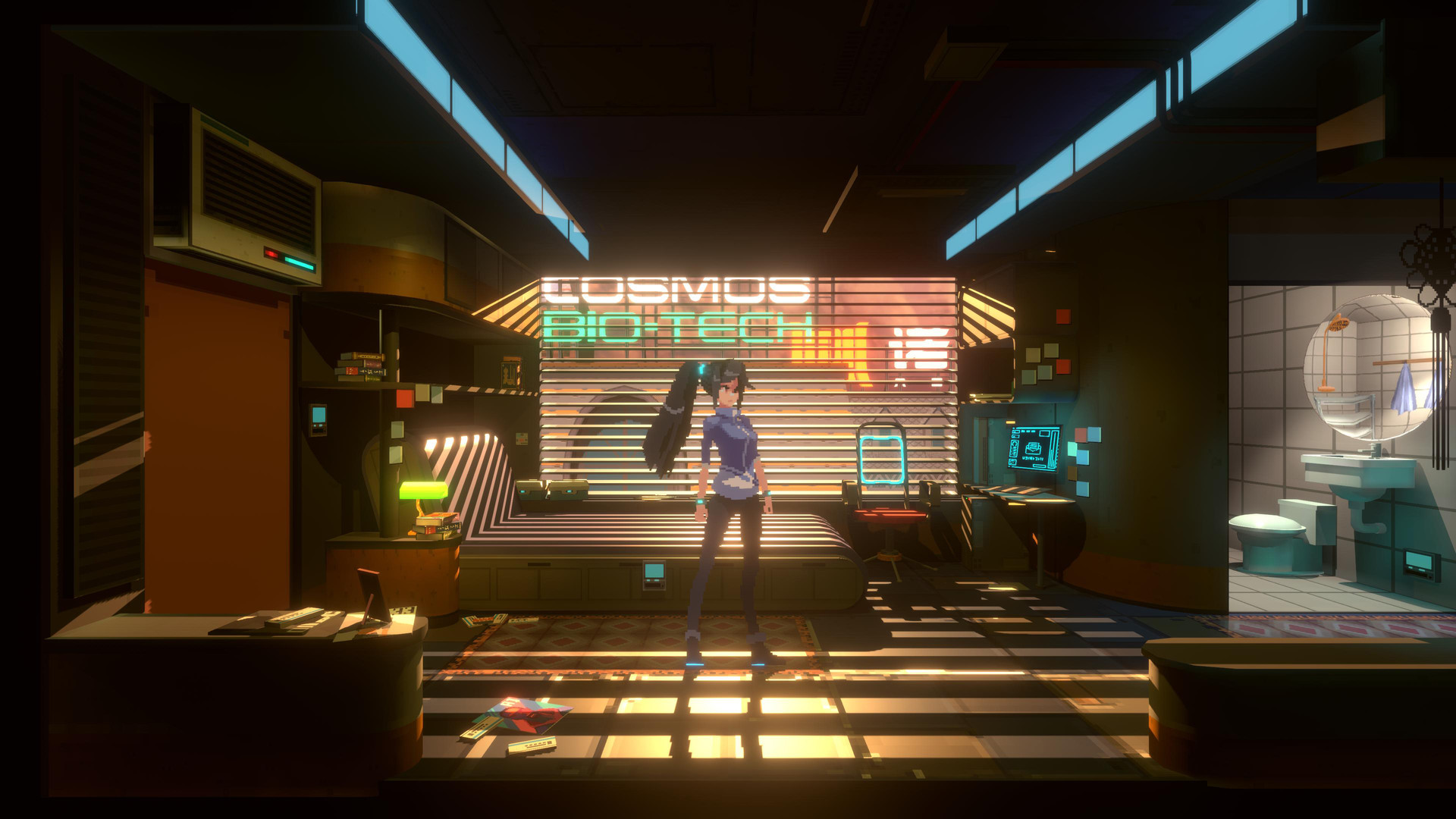 The various locations from the cities, inside buildings, and even dirty warehouses and undergrounds have so many colourful details and things to look at, that players will find themselves taking time to just enjoy the scenery. There are occasions in the combat sections where objects in the foreground can obstruct the player’s view of the action. Sometimes enemies might be standing behind crates, pillars, or debris, which can leave players open to their attacks. Thankfully this only happens occasionally and doesn’t affect the fun factor too much.

The techno music perfectly fits the game’s futuristic cyberpunk theme. Whether it’s high intensity during the combat sections, relaxing while exploring cities, or more somber during some emotional scenes, there is something for every occasion.

Unfortunately, loading screens are really slow, and this is especially noticeable when players die in-game and continue. Thankfully they can continue from their last checkpoint rather than start over from the beginning which is very helpful, it just means sitting through a long loading screen just to get back in the action, which can really take away the excitement.

ANNO: Mutationem is a solid game, definitely worth trying with a good 10 or more hours’ worth of story and action-packed gameplay. While there are a few things that could’ve been done better, the things it does do well are done incredibly well. The 2D side-scrolling action platform sections balance out the interesting, but confusing story and is more than enough to keep players engaged and help Ann Flores do whatever it takes to see things through to the end. 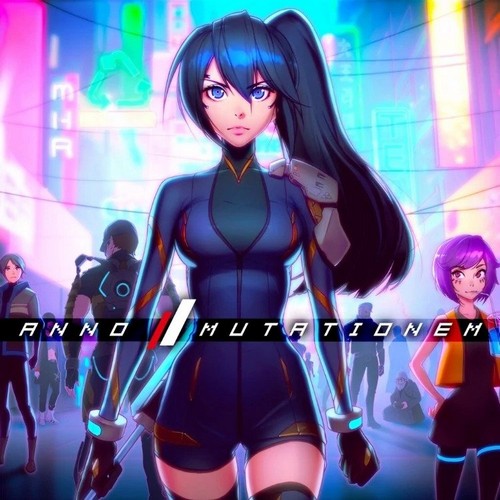 ANNO: Mutationem is an action-adventure game with RPG elements set in a cyberpunk world, featuring a unique mix of pixelated 2D & 3D graphic style with a rich, dark and bizarre plot.