By StacefaceMayhem on March 4, 2019 on Reviews, 4 More
close [x]
Tweet
No Comments

Man, games these days are generally too complicated. This is neither a bad thing nor a good thing, but I find when they are too complicated they become frustrating and it just rips the enjoyment out of it. Dropping this violent, blood-soaked romp in my lap, Ape Out by Digital Devolver (one of my favourite publishers) is just simple, dumb fun and I love it. I wouldn’t expected anything less from Devolver.

You control apes. Big, thundering apes as they fight their way to freedom from the cages of their scientific researchers. Whether it be in a lab, shipping container or even a military establishment, you must rip, bash and smash your way through the patrolled corridors that stand between you and the open world, leaving a trail of destruction and blood in your wake. The game play is almost as simple as the plot, well…almost. The core mechanics are running, grabbing and bashing. As simple as that seems, they are utilised very well and strategically to make this game one hell of a fast paced, gratifying experience. The bash ability enables you to pound both fists against glass windows, doors and even throw security into walls and each other creating explosions of bloody body parts that pile on the ground.

On the other hand, the grab means you can heave open metal doors from their frames, pick and launch limbs as projectiles and my favourite grab an unsuspecting guard, use them as a shield or weapon as their trigger-happy fingers accidentally spray their own people full of lead. The power oozing from this small gorilla on screen is surprisingly scary. While the enemies are overly interesting, each guard carries some sort of weapon, ranging from explosives to shotguns that you need to avoid in the maze of corridors you must traverse. This does however really keep you on your toes. Storming down these lanes provides you with plenty opportunities to dodge their shots or pulverise them. Your simian friend can take 3 shots before your death screen flashes up and shows how far you progressed these procedurally generated levels. Definitely a cool little feature.

The game is played over 4 chapters, with each level being progressively harder. I’m not going to lie, this game at times can be challenging. You will die. A lot. But the beauty of it is the fact it doesn’t deter you from giving up, but it makes keep trying because its all about trial and error. You learn from every single play through and death.

The artistic style is everything I hold dear in most underground games. It is humble and clean. Using a basic pallet of mainly black and warm orangey reds, it is almost reminiscent of the 60’s Mad Men era. The visuals are bold and rich, and while the environments are barren passageways, the colours do all the talking, making them atmospheric and claustrophobia inducing with the large black looming walls. The music is even better, and definitely the shining star of this game. Each level is as jazzy as the next, with each blow from your primate sending waves of loud drum and cymbals noises crashing into your ears. The tempo unquestionably drives the pace of the game and has you charging on wards to the beats of the music. It’s very motivating and that driving force towards those doors to the outside world.

Overall, Ape Out is an enthralling game despite only utilising two buttons. It is straightforward but far from basic when it comes to gameplay requiring strategy to master. Devolver Digital have done it again produced a violent but gorgeous game that will have you captivated for hours. For now, however I think ill avoid the Gorilla section of the zoo… 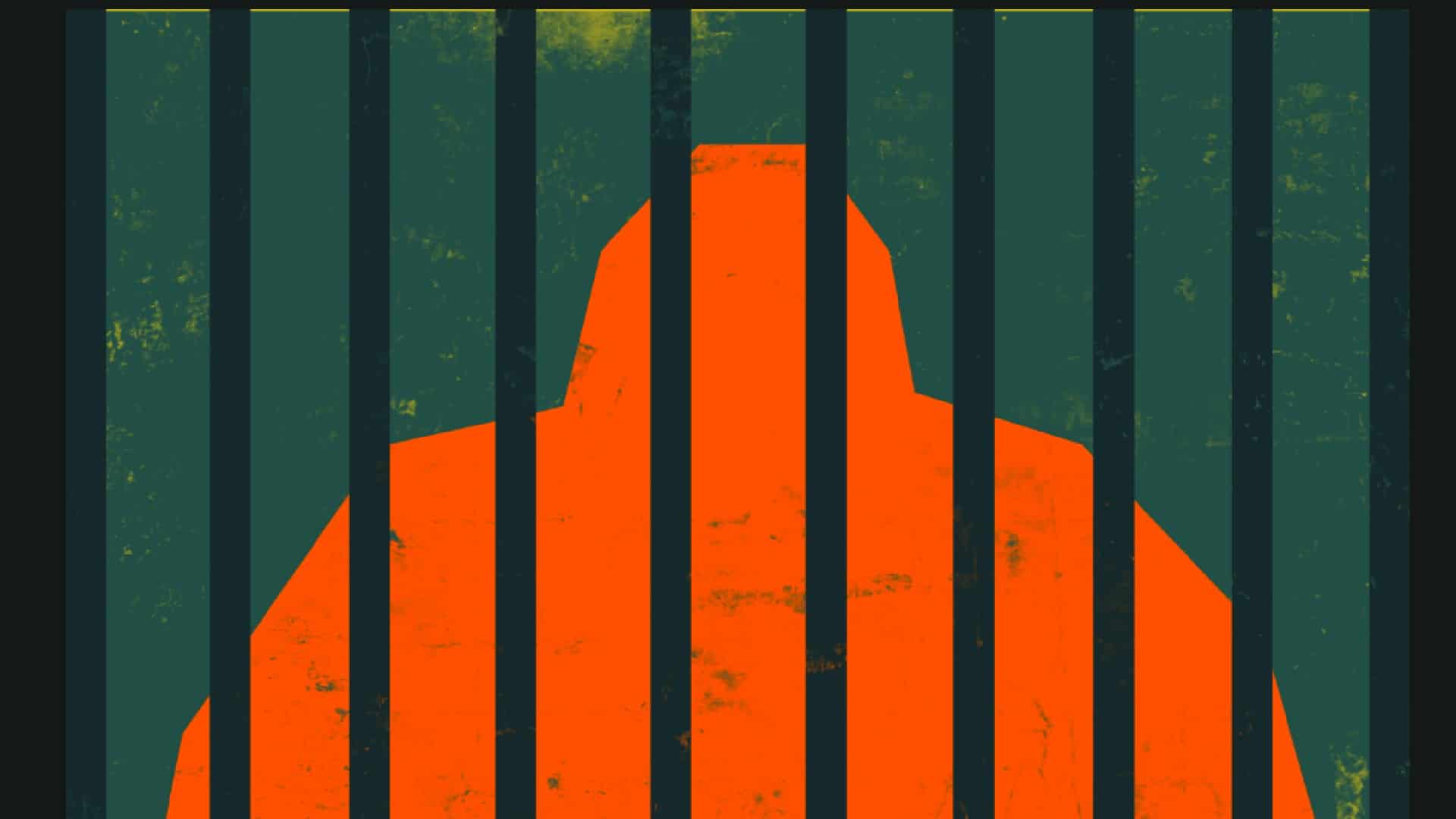 Ape Out is a wildly intense and colorfully stylized smash ‘em up about primal escape, rhythmic violence, and frenetic jazz.