By StacefaceMayhem on October 21, 2019 on Reviews, 2 More
close [x]
Tweet
No Comments

Asphalt 9: Legends developed by GamesLoft is a high octane, racing game that was released on Android, IOS and PC in 2018, but has now been newly release on the Nintendo Switch. The Switch version coming free to download, offers DLC bundles for $19.99.

I will say this openly and in the forefront., you will want to buy the DLC as it is a grindy annoyance without them. With no real back story or driving narrative, the core gameplay is centered around completing races to unlock other seasons/tournaments, cars, upgrades and earn the in-game currency of credits. Without the bundles and car packs it can be very much a chore, to unlock not only your favorite cars but ones needed specifically to complete a certain race. Sometimes, even earning these car ‘blueprints’ can be tedious if your garage isn’t even leveled up enough to unlock it.
There is a shop for micro-transactions which are not necessary, but they make it a hell of a lot easier and quicker to achieve that car you need. Here you can buy points to buy car packs with blueprints, credits and asphalt tokens, and while it is thankfully not thrown in your face, it is a mild irritation, more suited to the mobile version. I avoided the store and tackled the many challenges they offer to slog away at earning credits. 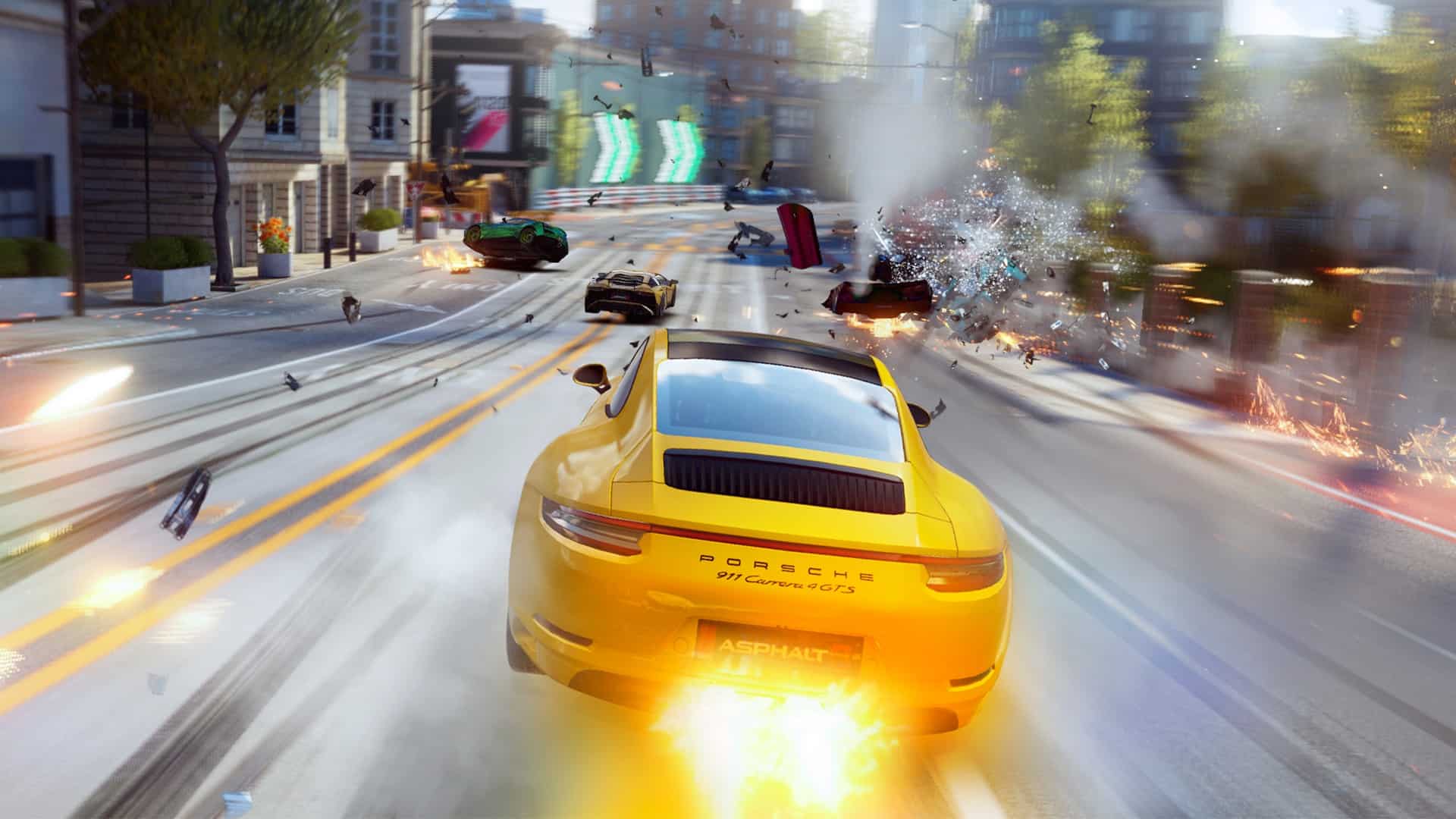 The mechanics are quite simple and effective, with you obviously steering with the sticks, but also utilising the buttons and bumpers to drift, boost and nitro shockwave boost your way to the finish lines. Races are generally split between 3 types; the Classic race, Time Attacks and Hunted, much like hot pursuit in the sense you must outrun cops without crashing, the latter, easily being the most fun of the three. Throughout the tracks there is a littering of ramps, jump pads and power ups, use to get the edge on your competitors.

Now, while you will begin in Career mode, the game does also offer Multiplayer and Events. Multiplayer can be with up to three friends on split screen with joycons but is obviously a better experience docked on a big screen than in handheld. Events are like the title, special events that give you access to certain special exclusive cars through finishing certain races.

While it actually is a fun experience racing, it is ruined by the fact the races are very short, with not much attention to detail added to the bland tracks. The environments in the background though, are quite breathtakingly cool, with San Francisco and the Himalayas being highlight locations. Also it was good to see that each car controlled noticeably differently unlike similar racing titles on the Switch, but even then pumping up the difficulty didn’t make it a challenge to wipe the floor of the competition, as you boost your way through nearly the whole track. 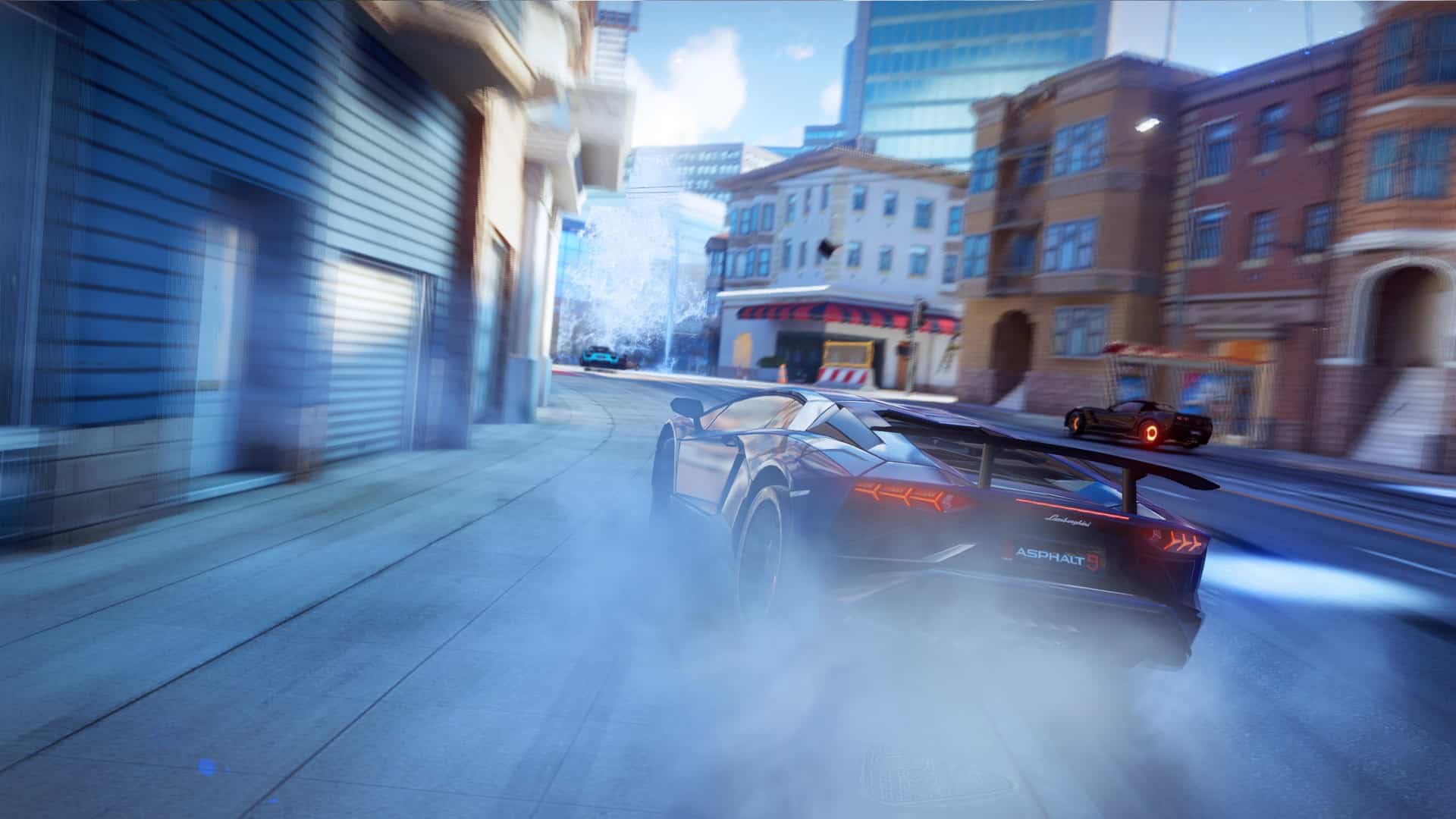 This game has an overwhelming number of features hidden within layers upon layers of a messy, quite cluttered series of menus, ranging from things such as garages, shops, clubs, upgrade areas and more. It does take a while to master where you need to go to do what for a simple racing title.

Graphically, the car designs are detailed and glossy, it is quite impressive. The cut-scenes when showcasing a newly unlocked car are quality productions too with pretty crisp visuals which is very good seeing as this can be an issue on the Nintendo Switch, in general. Complemented with a high energy soundtrack of a selection of cool and catchy songs, it definitely has you excited to start the race, that is for sure.

Sadly, it was a shock to find out that as I tried to play at my friend’s house the game will not work without an internet connection. A total bummer and deal breaker for me as I am often travelling and reviewing on the go.

Overall, Asphalt 9: Legends is a fun time, but underwhelming as a holistic experience. While it is gorgeous to look at, the actual racing, grinding for credits and upgrading is shallow and lifeless. It is hard to be innovative in racing games, but this Switch port just feels like it is more suited to the mobile gaming community with its attempts to get people to pay to progress. 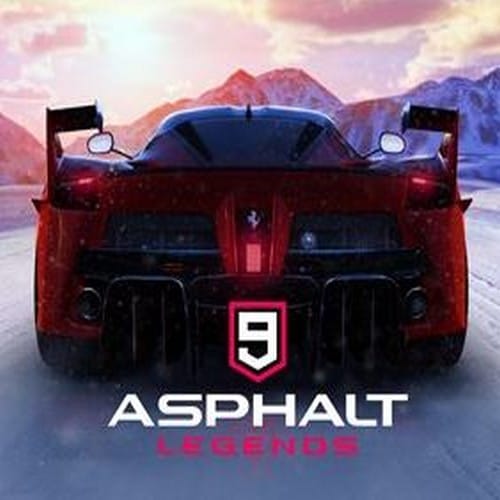