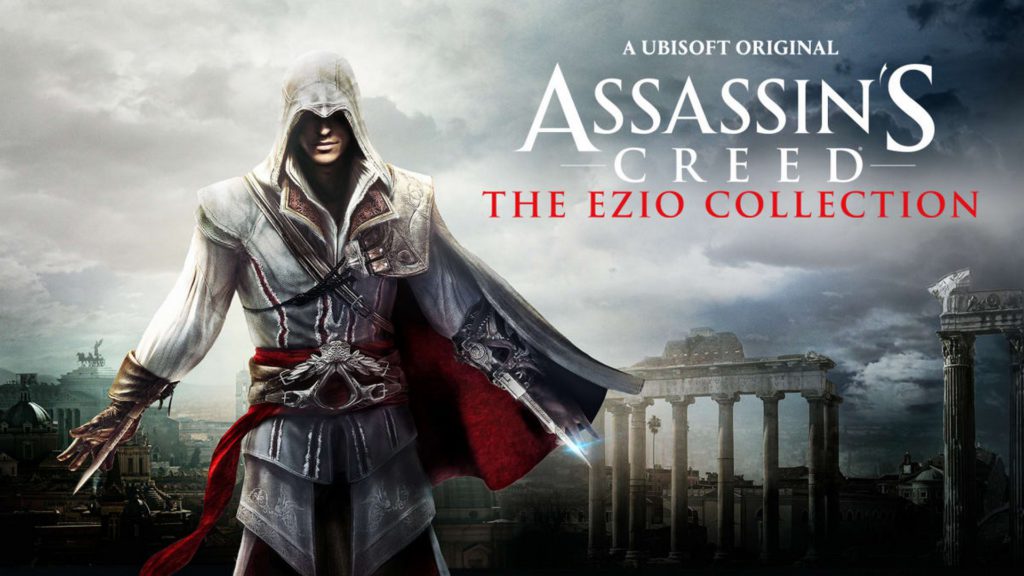 We work in the dark to serve the light. We are Assassins, and Ezio returns. Well, Ezio has been updated, we shall say, with a fresh coat of paint. Assassins Creed: The Ezio Collection has just been ported and released on the Nintendo Switch. Developed by Ubisoft Montreal and Virtuos, and Published by Ubisoft, allows you to take this “remaster” of one of the best Assassins Creed stories with you in your day-to-day life.

The Ezio Collection is jam-packed with content, featuring not only the 3 games where you play as Ezio Auditore da Firenze, but all the DLC for those games AND 4 short prequel films, the Lineage series, and Embers.

Now, AC 2 came out in 2009, Revelations came out in 2011, and Brotherhood in between, so I’m not going to go down the path of explaining the plots and lore of the games, because unless you have been living in Antarctica, I’m sure you would have picked the originals up when they were in there prime. Instead, I will touch on the features and upgrades featured in The Ezio Collection. 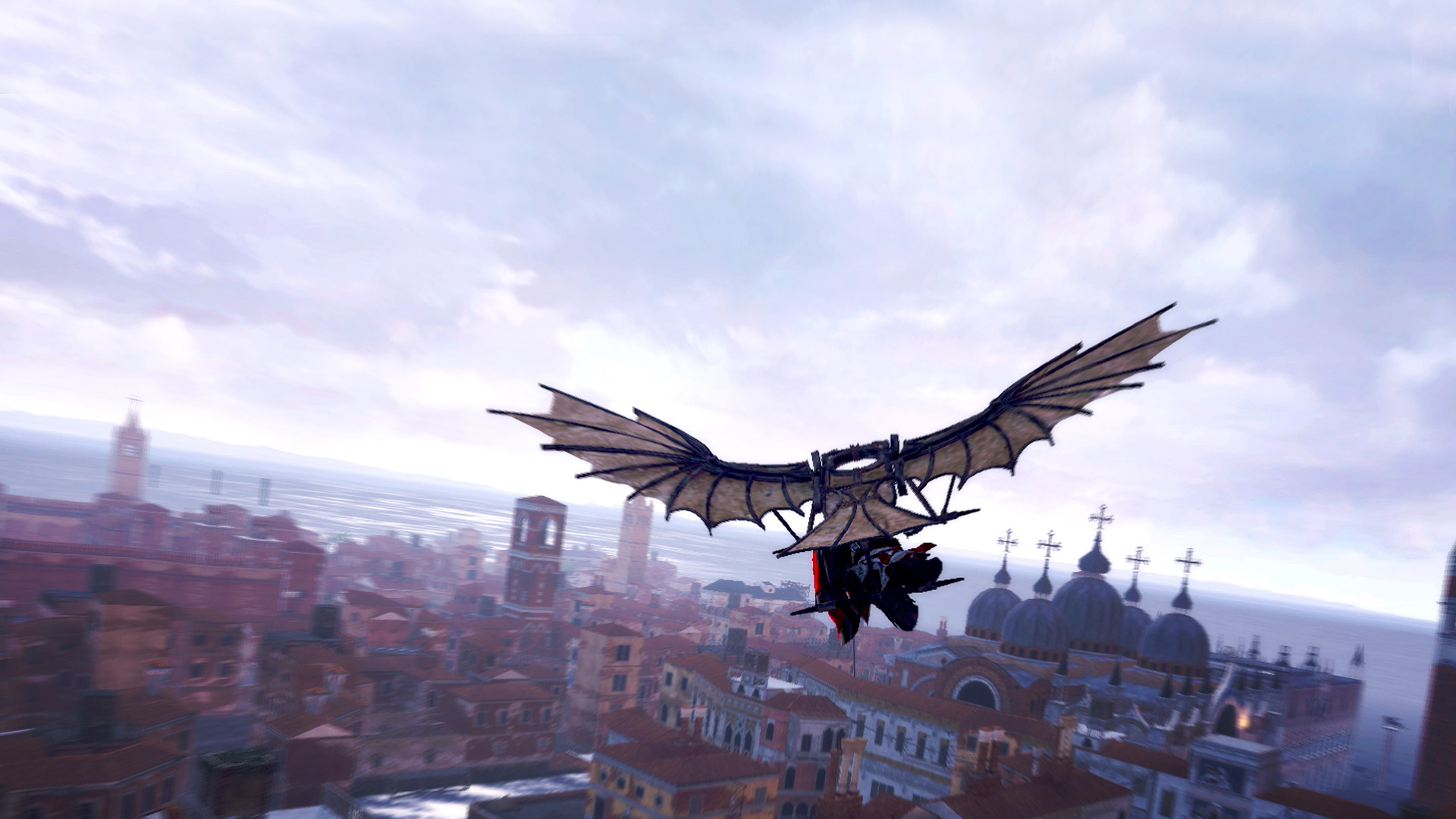 The Ezio Collection features some updated visuals, and although they mostly seemed to have consisted of lighting and saturation changes, some background NPC’s got the extreme makeover addition and unfortunately became nightmare fuel. These NPC’s were devoid of shadows and the coloration add-ons stuck out like a sore thumb. The NPC’s that had the nightmare fuel overhaul only seemed to be in cutscenes and may have been an oversight in redevelopment.

Apart from these demonic-looking Florentines, the saturation and color adaptions overhauled and fully transformed the areas in AC2, AC brotherhood, and AC revelations from the bleak little caterpillar into the vibrant butterfly they aspired to be. The audio is still comprised of the same great soundtracks featured in the originals.

To be fair, the Ezio campaigns were arguably some of the best in the Assassins Creed franchise. They were seconded only to the grandfather of the series, Altair. However, for games that were released a decade ago, they only really received a coat of paint and all content felt like it hardly had a remaster. They feature the same old clunky free-running mechanics used in the originals, and character models still felt like they were from the 360/PS3 era. In my honest opinion, a remaster should feature a complete overhaul, not just changing lighting and saturation and calling it a day, but fully utilizing the current technology available to produce the best product available, otherwise, what’s the point? 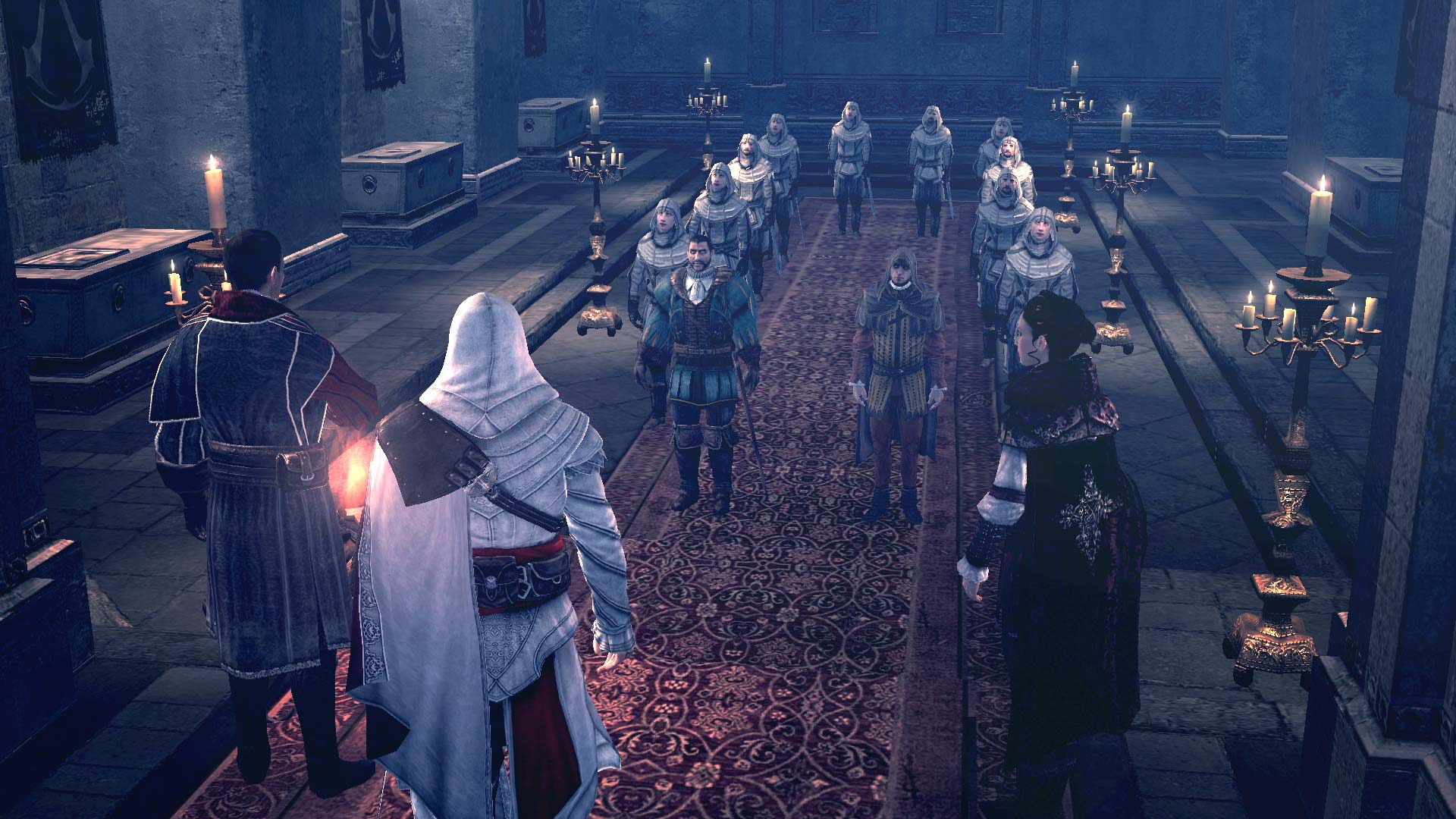 I played on the Switch and with the limited hardware with a handheld, the game fits extremely well. I did watch some side-by-side comparison videos between the console and switch versions and nothing had really changed between them. They feature the same coat of paint and features, however, the Switch version does look graphically more defined. The comparisons I’ve viewed show that cutscene characters on the Switch and background NPC’s in said cutscenes have more features that are sharper and visibly superior.

Assassins Creed: The Ezio Collection, although being a minimal remaster, is an extremely good collection, jam-packed with content featuring the games and short films. Be prepared to be entertained for days. The game graphically looks better, although some oversights had been made with background NPC models, but that is where the remaster finishes. No mechanics have been touched, so be prepared to fight against the clunky original free running. In saying this, having one of the best AC games on Switch is amazing. Being able to assassinate Templar scum on your downtime in between work or travel is a massive bonus.

Portable games have always seemed to be limited, but The Ezio Collection is pushing those limitations, especially on a console as dated as the Nintendo Switch. For any fan of the series, this game is a must. Reliving Ezio’s stories with some fresh visuals has been amazing. 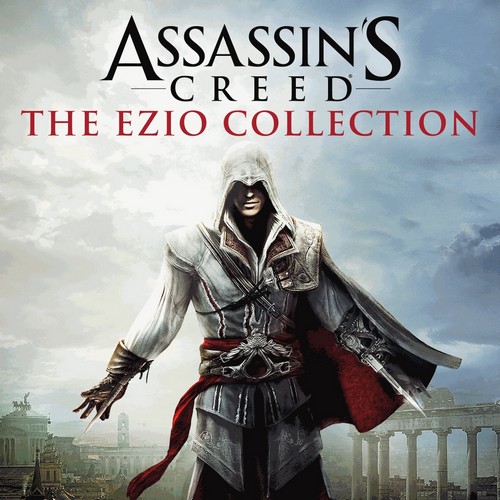