PlatinumGames are well known for their fast paced and action-packed games including the Bayonetta series, Metal Gear Rising: Revengeance, Vanquish, and NieR: Automata. Astral Chain holds its own amongst them by teaming up with director Takahisa Taura (lead designer of Nier: Automata), under the supervision of Hideki Kamiya (creator of Devil May Cry and Bayonetta) and characters designed by famous manga artist Masakazu Katsura.

Taking place in the year 2078 where humanity is on the brink of extinction, human survivors have retreated to a large city on a man-made island, called The Ark. An inter-dimensional species called Chimeras who reside in the Astral Plane, are attacking the world causing destruction, dragging civilians into the Astral Plane and spreading a red matter which corrupts all living things. Chimeras come in many forms of various shapes and sizes. The Neuron Police Task Force are called upon to fight back against the deadly threat, using their unique weaponry and their Legions. 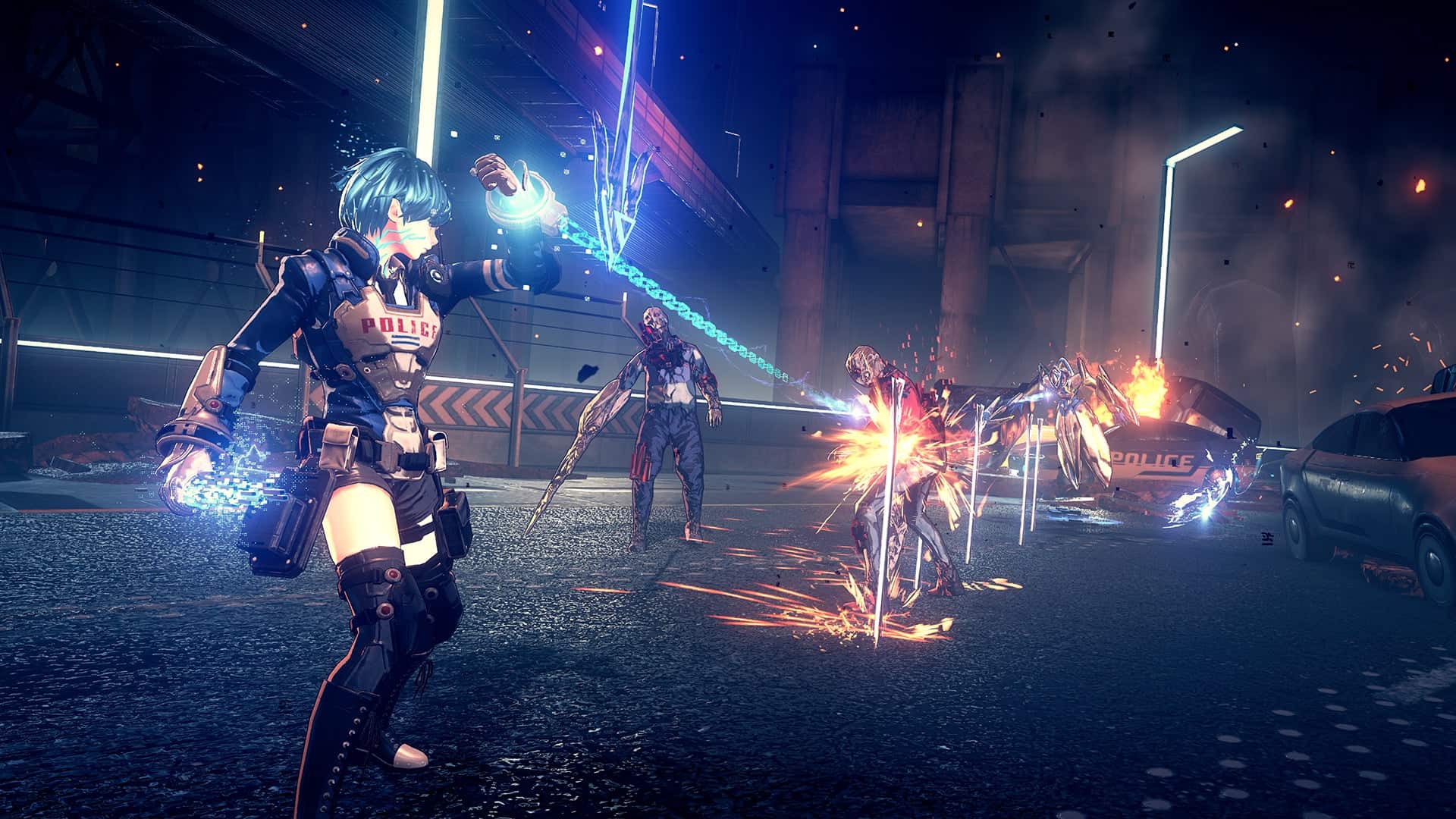 Beginning the game, players will have the choice of playing as a male or female protagonist (who are twins), with a few customisation options. These include such customisation as their hairstyles and eye colour which can be changed later, as well a name of the player’s choosing. More costume pieces can be unlocked during the game’s progress.

Akira is the twin sibling who journeys along with the player in the Task Force and will be the opposite gender from what the player chooses. Both twins are new recruits to the Neuron Police Task Force however, due to unforeseen circumstances are thrown in the deep end and must quickly adapt to the more advanced missions ahead of them. Unlike most games that begin with a tutorial, the very first mission sees the protagonist riding a motorcycle at high speeds in a tunnel battling against a mysterious threat, then fighting on foot and receiving their first Legion. This first impression sets the tone for the rest of the game, giving players a preview of the intense and action-packed missions that lie ahead. 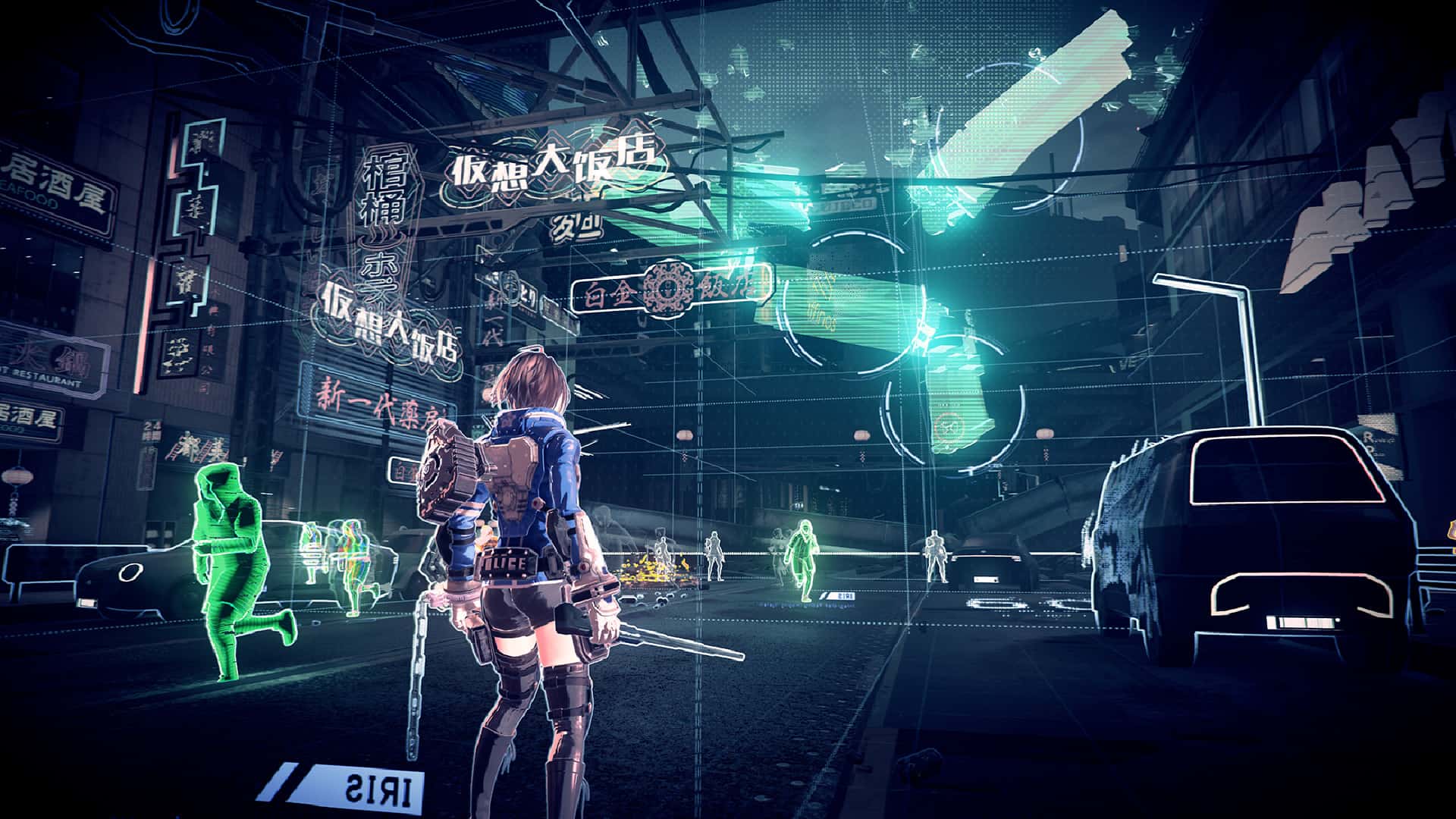 The protagonist comes equipped with a gun and baton plus grenades and more, but their most effective weapons are their Legions who are connected to them by a chain. Legions are Chimeras captured by the Task Force and trained to fight alongside them, as well as help investigate crime scenes. There are five different Legions that players will acquire as they progress through the game. Each of them have their own unique abilities to battle enemies and perform certain tasks to get past obstacles and complete the missions.

Astral Chain’s biggest attraction is the fast-paced combat. Players and their Legions can perform a wide variety of attacks depending on the enemies. Abilities such as wrapping their chain around them, which will trap them temporarily leaving them open for attacks and combos. Players can control both their character and Legions at the same time to strategically take down the Chimeras. 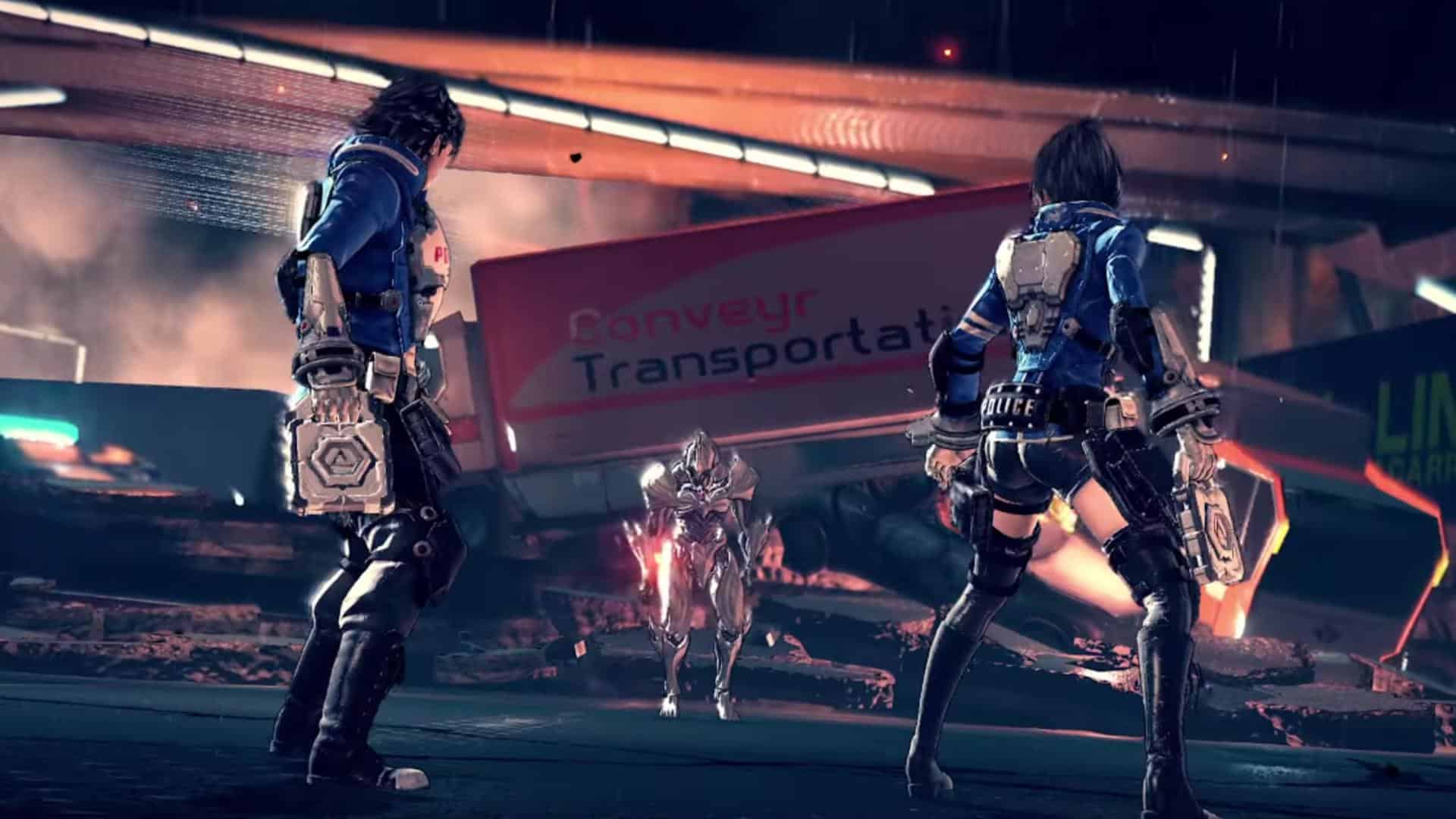 There are a wide variety of techniques to collect and learn with a tutorial mode available at HQ. This is optional but very essential to learn. This is especially true for boss fights which will surely keep players on their toes. The only downside to the gameplay is the camera angle (which is common with most action games) which sometimes makes it difficult to see what’s happening in your surroundings, especially in more chaotic fights. However, this doesn’t seem to feel like a hindrance while playing for the most part.

Another big feature is the game’s soundtrack. Astral Chain’s soundtrack is composed by Satoshi Igarashi who is best known for his work on NieR: Automata, Xenoblade Chronicles 2 and Bayonetta 2. His original tracks in this game fit perfectly to the mood and flow throughout the game. Orchestral music for dramatic scenes, electronic music for more relaxed settings and heavy rock for the intense action gameplay, which really compliments the spectacular looking fights on screen.

The entire game uses the in-game graphics, making the most of its detailed cel-shaded anime art style in a busy futuristic city full of tall buildings with unique architecture all lit up by neon lights and holographic signs. This gives everything a very lively atmosphere even when the city is under attack and left in ruins. 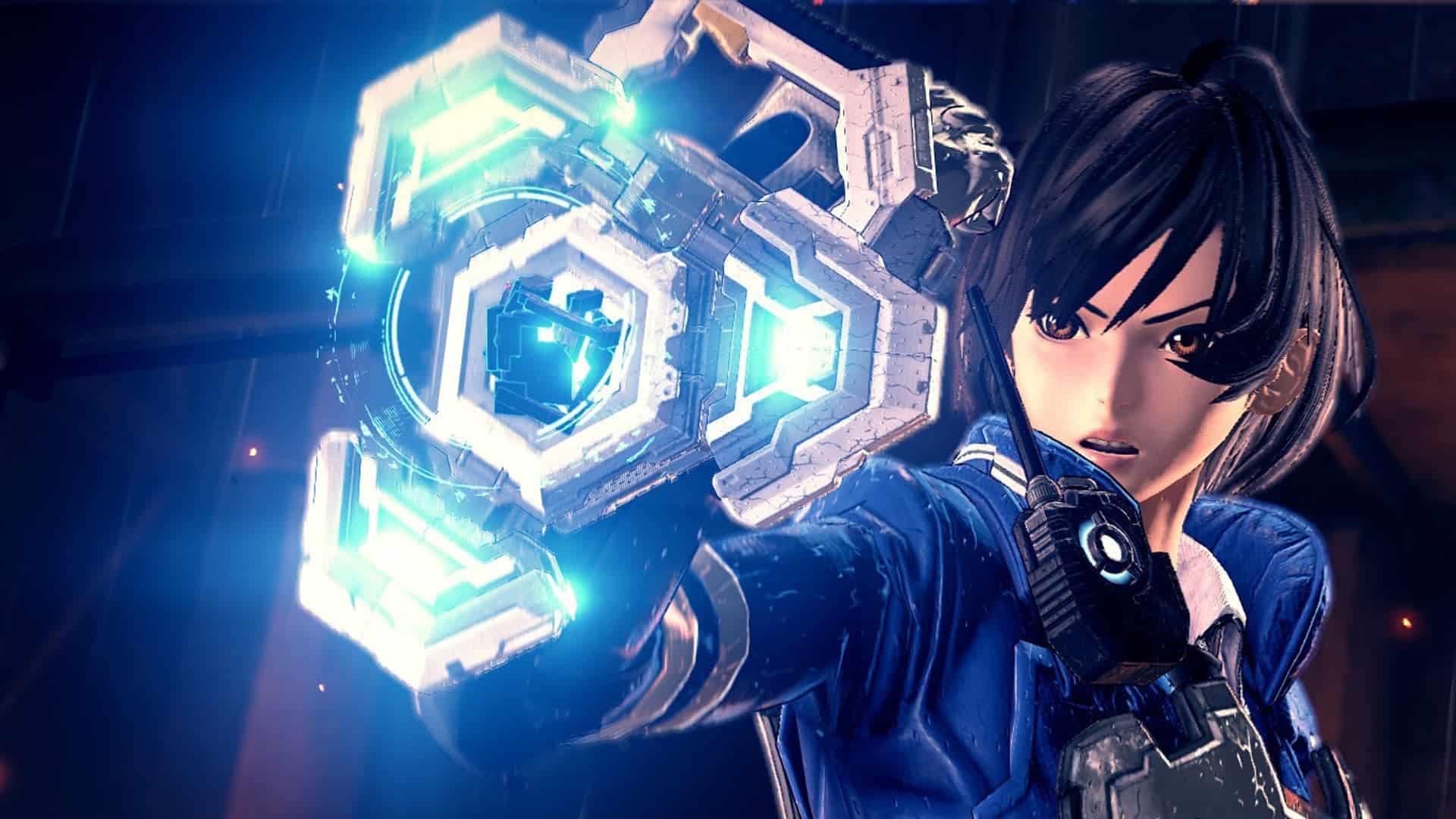 Moving between docked and handheld mode doesn’t seem to degrade the graphical performance either. It looks just as good either way. The voice acting is on point giving many of the characters you interact with, their own distinct personalities. The only part where the presentation falls short is on the protagonist and Akira’s faces during the cut-scenes. As good looking as they are, they seem to be stuck with the one facial expression and it is painfully obvious during the cut-scenes.

Multiplayer is available, but I fear that it is not really what most of us would be hoping for. One player controls the protagonist, whilst the other controls the Legion. This can be confusing both players. While it is nice to have this option, playing solo is more fun and reliable. Hopefully proper multiplayer will be included in a possible sequel.

After completing each mission (known as Files), the Ultimate PT difficulty setting will be available for you to really test your skills improve your score. You can also try to find certain items and unlockables you may have missed the first time around. This offers a lot of replayability and allows players to relive the best moments of the game.

The spectacular fights in a city full of neon lights truly make Astral Chain one of the most fun and best-looking games exclusive to Nintendo Switch. 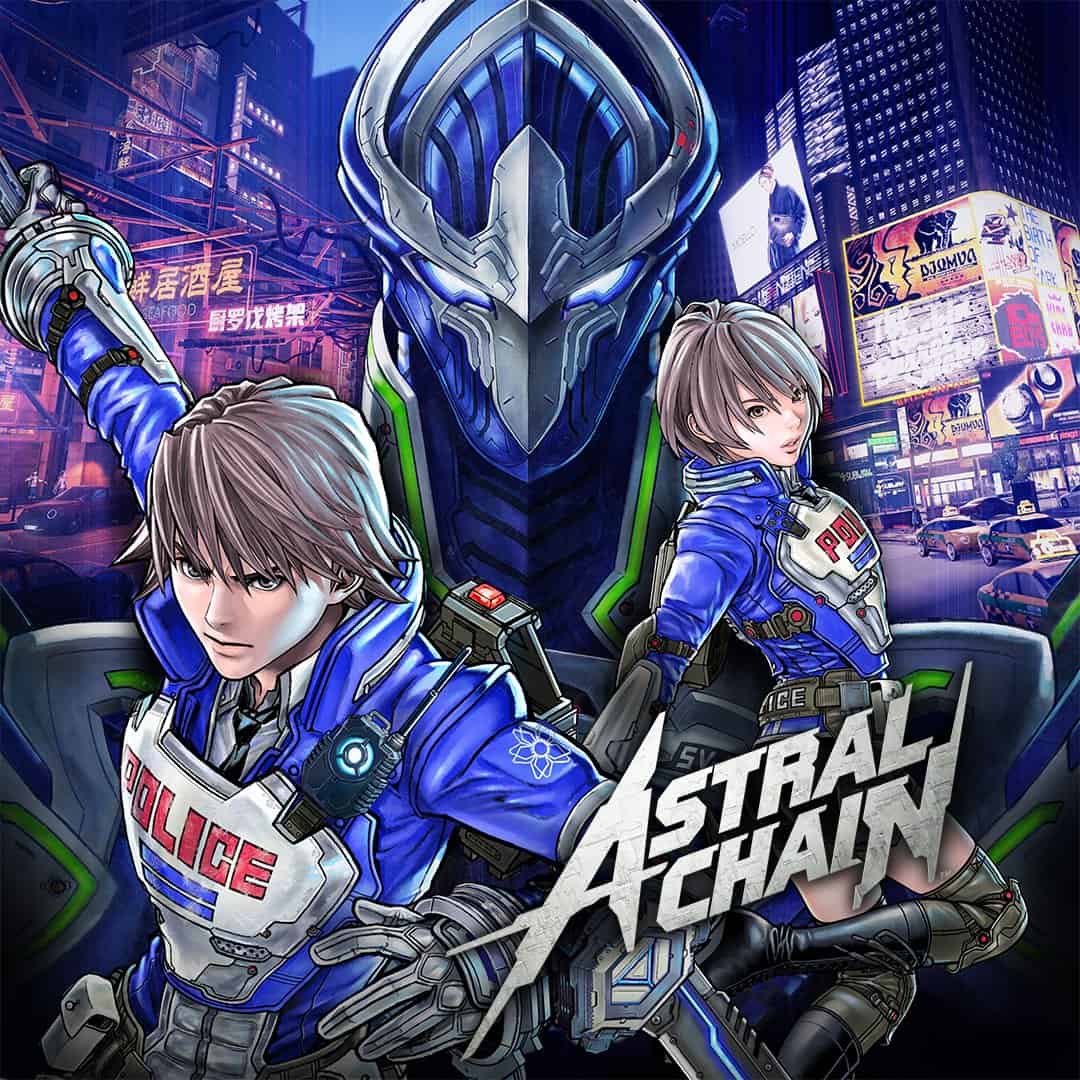 Published by: Nintendo
Developed by: PlatiumGames

As part of a police special task force, it’s up to you to fight against mysterious, alien-like creatures who have invaded the world. In the Ark, a multi-cultural city in the near future, disaster strikes when gates to another dimension suddenly appear! Dangerous creatures begin to emerge, attacking the people and polluting the land, and normal police forces are unable to compete with them. To stand up against these threats, a brand new, special police unit known as Neuron is formed.