I feel strange saying this, but 2020 has been a great year for RPG games. From Wasteland 3, right through to now with the release of Baldur’s Gate 3, the latest in the series of the most classic of RPG games of all time. Going back to the world of Baldur’s Gate brings back fond memories of the Sword Coast and my journey during the Bhaalspawn Saga. Now with a new adventure awaiting me, Baldur’s Gate 3 has a lot to live up to, especially for long-time fans of the series. Just to note, Baldur’s Gate 3 is in early access.

The story is simple enough, with you and several others captured and taken aboard a Mind Flayer’s ship, waiting to be implanted with a Mind Flayer parasite that will eventually turn you and your fellow companions into Mind Flayers. After escaping from the flying ship, you must venture forth on a journey to remove the fowl parasite before it is too late.

Joining you on your quest are a variety of compelling characters such as Gale, a human Wizard with many tales of magic and wine, or Lae’zel, a Githyanki warrior, hell-bent on destroying any and all Mind Flayers. Each companion has their own unique story for you to unravel, and to hear them, you must gain their trust over time. 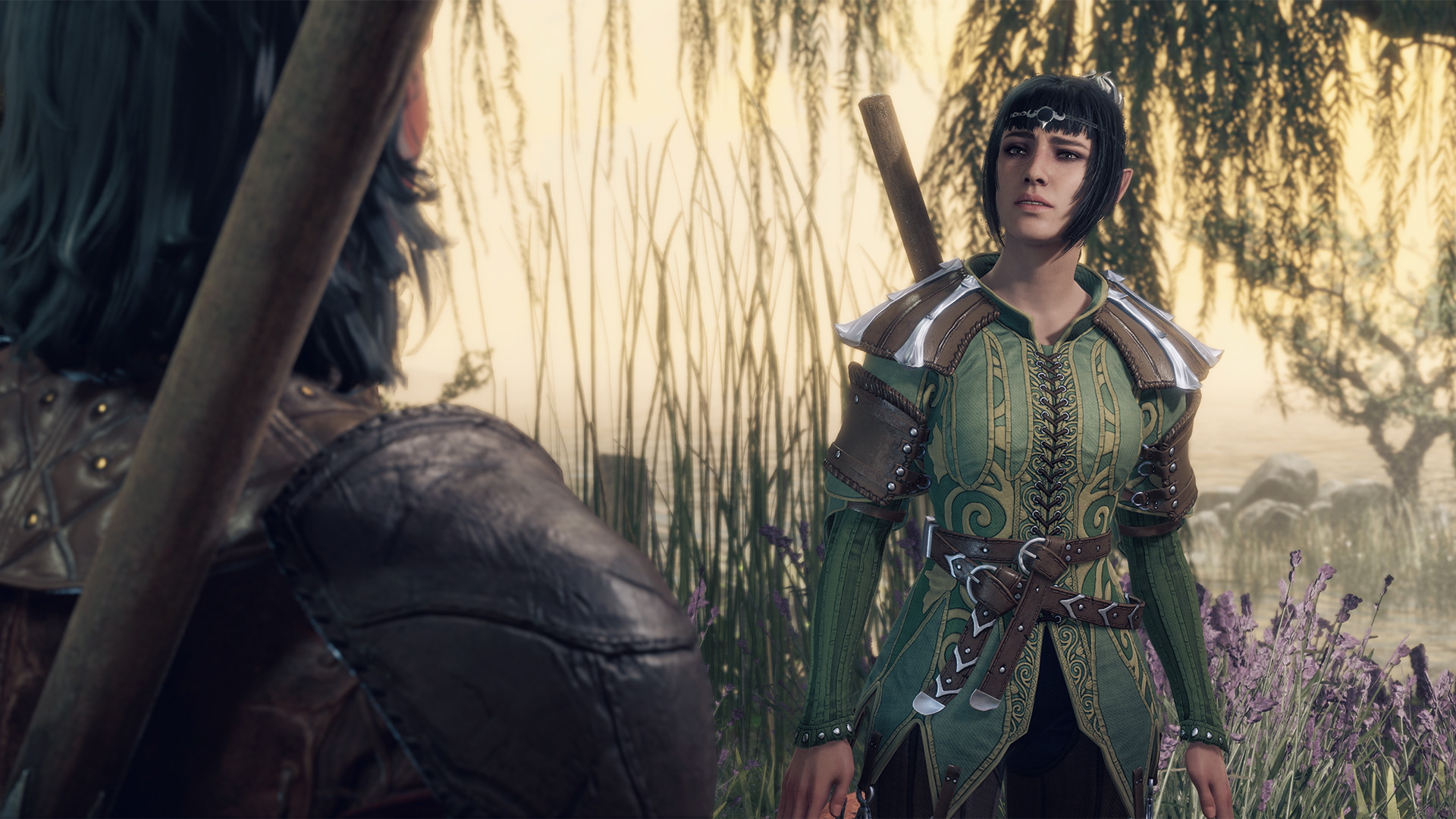 Developers Larian Studios have taken the reins for Baldur’s Gate 3, jumping over with their experience working on the Divinity series as they bring a fresh take on the franchise. Baldur’s Gate 3 uses of 5th edition D&D as the foundation, compared to the original’s use of D&D Advanced 2nd edition. Players will notice a few key differences in gameplay from the originals, like the party size being reduced to 4 rather than the original party size of 6, and the use of a turned based combat system rather than the real-time combat mechanic used in the originals.

Combat has been broken up into either an action or movement phase during the battle, and specific spells can only be cast once per day. This may be off-putting to some veterans at first, but the core of the games still holds true with what makes the Baldur’s Gate franchise a great experience. As mentioned earlier, the game is currently in early access, and a few bugs have shown up during my play through, such as the game freezing during combat or dead NPCs glitching through the walls. With this in mind, Larian Studios have been quick to release hotfix’s that have resolved a few of the issues I have encountered.

Issues aside, chapter 1 still offers more than 20hrs of gameplay to experience, and is just a taste of what it has to offer before the full release. I do wonder how many chapters will be in the entire game, as the originals had about eight chapters with various DLC added later on, so I can see myself sinking countless hours into this early access even before scratching the surface of what is to come. 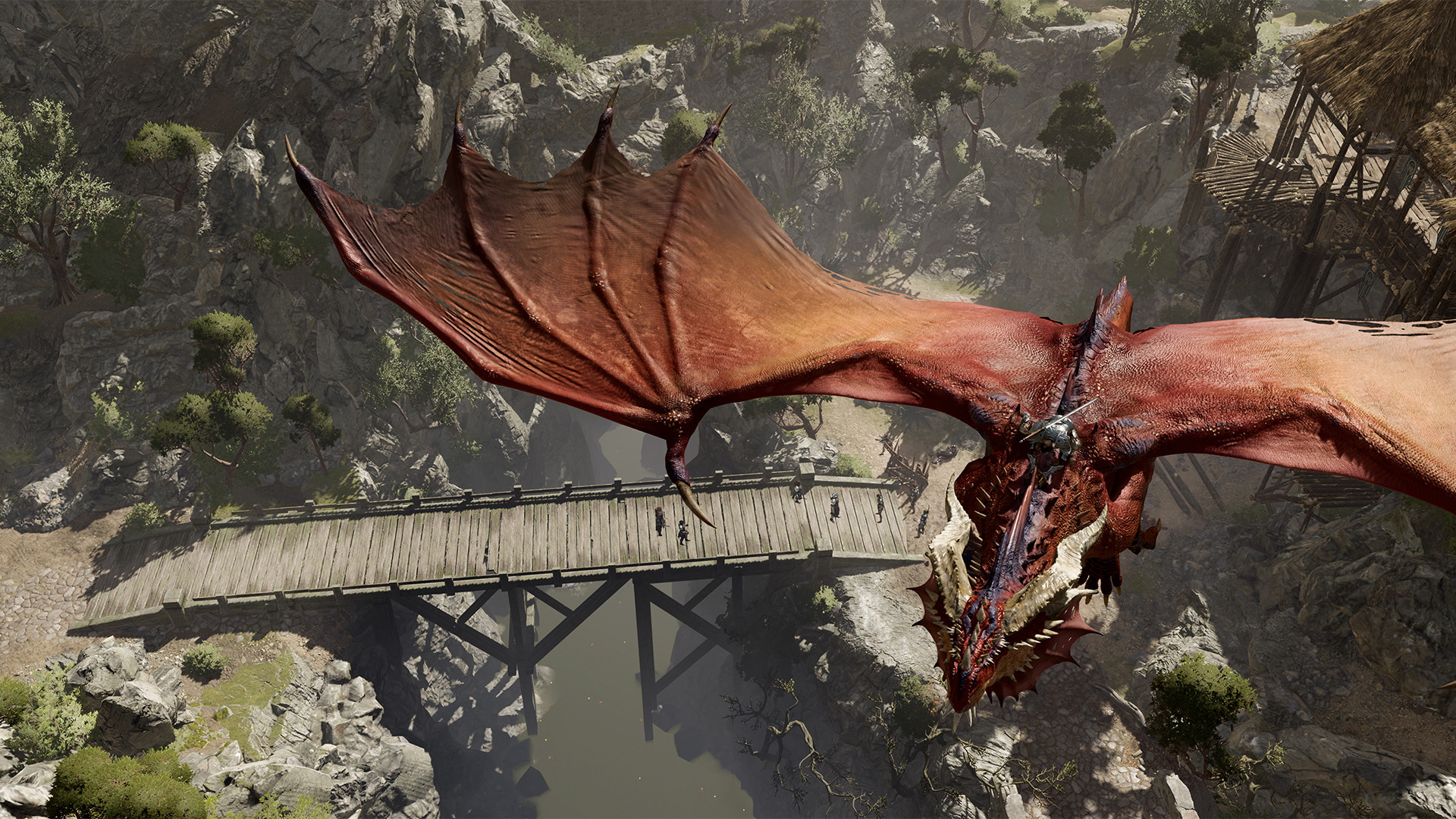 The world’s environments had me blown away, especially during the cutscenes and while in the prologue area aboard the Mind Flayers ship. With Githyanki riding a red dragon and attacking the ship, the world environment details the devastation that has taken place since the prequels. It isn’t just the world environment that look stunning though, the game’s characters are amazingly detailed and this is exemplified during the game’s character generator, with a tremendous amount of beautifully detailed options with which to create your character. Players will choose from six classes and nine different races or sub-races in order to create their dream D&D character. So if you want the classic magic-wielding Halfling wizard, or a maybe you’d prefer a Half-Elf warrior, the choice is yours.

With the character creation being this detailed, not just in looks but in building a D&D character, you’d think the best part of this would understandably be multiplayer right? Having your friends fight at your side is like the ultimate D&D fantasy, where the dungeon master is the game itself. Sadly I didn’t have any friends available to fulfil this fantasy, but playing solo is still an enjoyable experience.

Overall Baldur’s Gate 3 early access still holds up in true Baldur’s Gate fashion, with the core elements present and the colossal character creation options, along with magnificent set pieces that start any quest off in the right direction. The game may have a few occasional bugs, but the development team is working hard fixing any issues that arise, especially with recent hotfixes. Small obstacles like this are expected with any massive endeavour, and the legacy left by the two previous games is a lot to uphold. The developers behind Baldur’s Gate 3 have a long road ahead for themselves, but we can already appreciate the amazing strides taken to get it where it is. Living up to the expectations created by the prequels is a massive undertaking, and one fans of the series have been long waiting for. 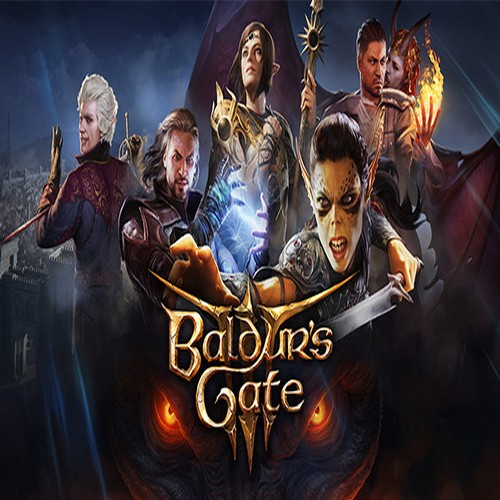 Gather your party, and return to the Forgotten Realms in a tale of fellowship and betrayal, sacrifice and survival, and the lure of absolute power.