Beginning the game, players will customize their own avatar that will appear on-screen during the mini-games. It seems a bit odd that a Nintendo game didn’t use the Miis instead, but the avatars are still a fun feature and more customisation options can be unlocked throughout the game. The real fun is of course the mini-games.

There are twenty different mini-games amongst five different categories which are Think, Analyze, Compute, Identify and Memorize. The mini-games have a lot of variety that will put players’ knowledge, skills, and reflexes to the test. The game can be played in either docked mode with a controller or handheld mode using the touchscreen, but playing in handheld is highly recommended so the game can match your reflexes more accurately. 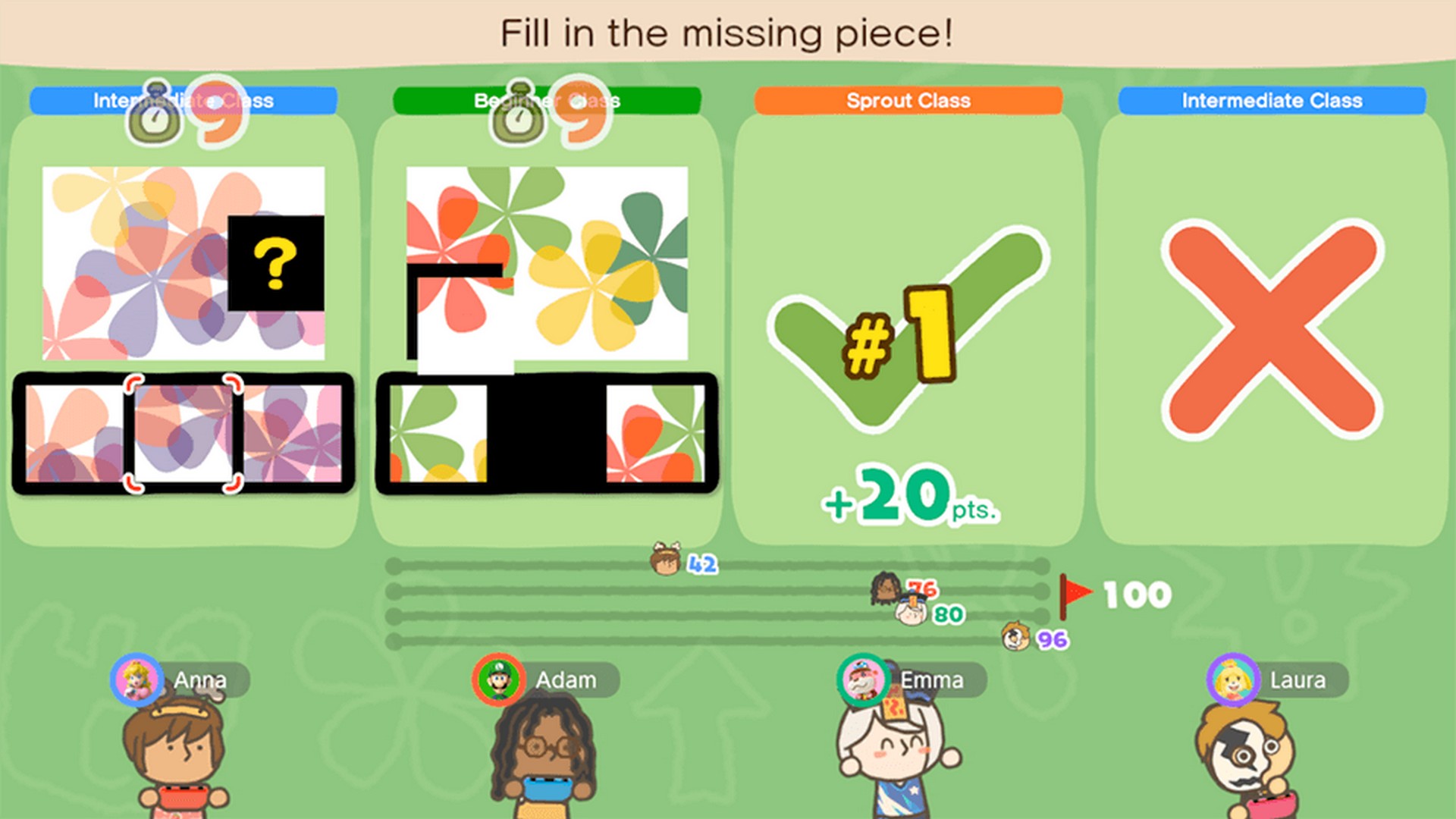 Each mini-game has 60 seconds for players to get the highest score possible by completing math equations, identifying images, memorizing, and more. They can all be played individually in Practice mode for anyone wanting to sharpen their skills at a particular game.

Test mode will pick a random game from each of the five categories and players will have to play them all. In the end, you will receive a total score and a graph will display which categories they need to improve on. Super Practice mode is the same as Practice mode, but with an increased difficulty from the start of the game and can be unlocked by getting gold medals in every mini-game.

Ghost Clash mode will put you up against players from around the world to test your skill against theirs. Unfortunately, this isn’t a competitive online mode, since it’s actually a replay of that player’s last time playing that mini-game, but still, a fun experience seeing how you compare to them. Thankfully, there is a local multiplayer mode for up to four players, which is great for parties. 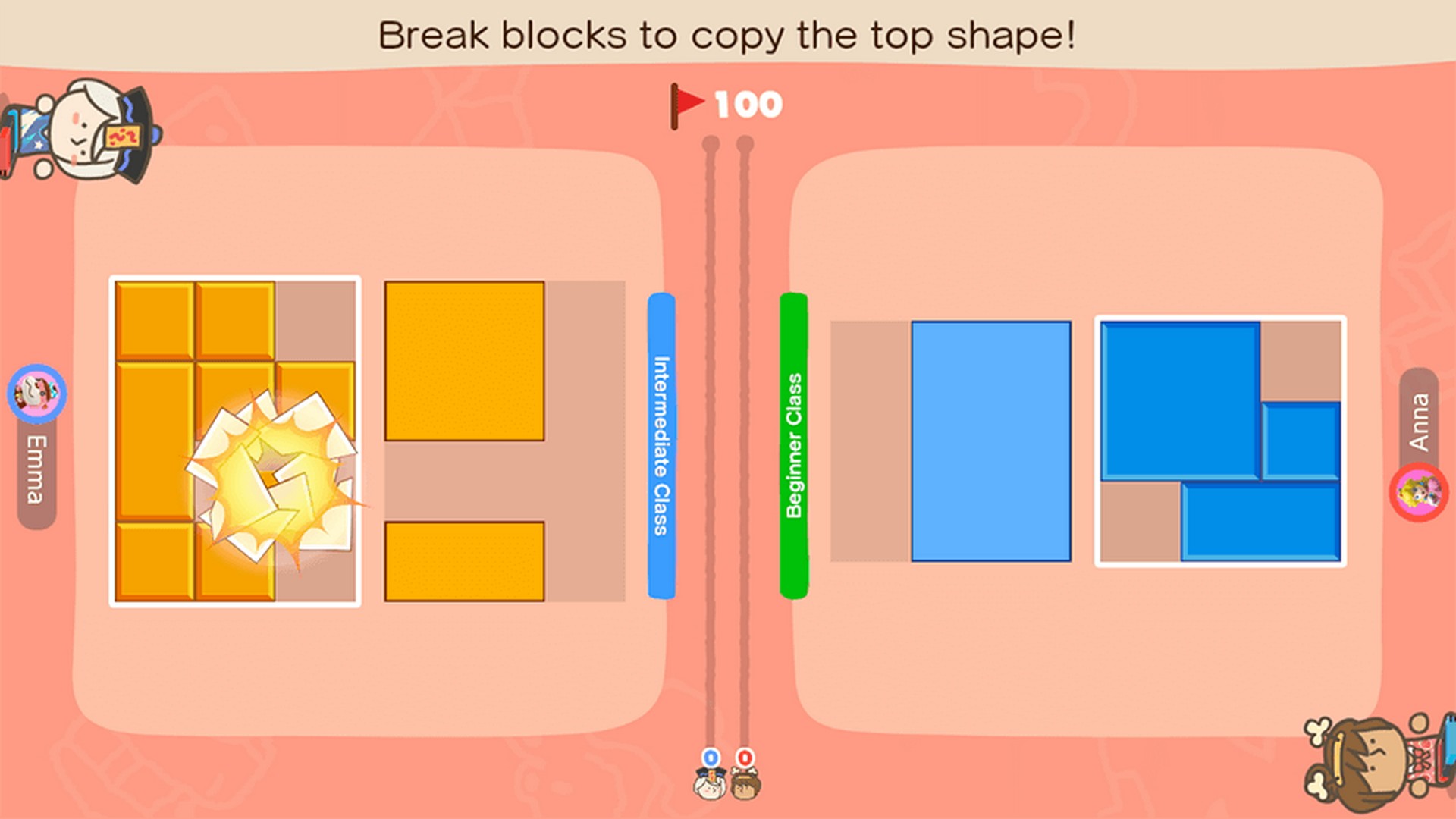 Whether the game accurately measures someone’s intelligence is a bit subjective. One mini-game in particular, Fast Focus is a challenge where a photo is slowly revealed either from the image slowly un-blurring, slowly zooming out, or slowly being built up in tiny squares and players have to choose from four options of what the image is.

Because of the slow reveal, it really eats up a lot of time with only 60 seconds on the clock. It’s still one of the more fun mini-games, just a little unfair it measures your brain score without giving you a proper chance to think quickly like every other game.

Even with its very minor faults, ‘Big Brain Academy: Brain vs. Brain’ is still a fantastic set of addictive and fun mini-games that will really keep players on their toes. By displaying how each player’s score with each category, it really helps them see what areas they need to improve on and keep them coming back for more to achieve the highest score possible. Being smart really is fun! 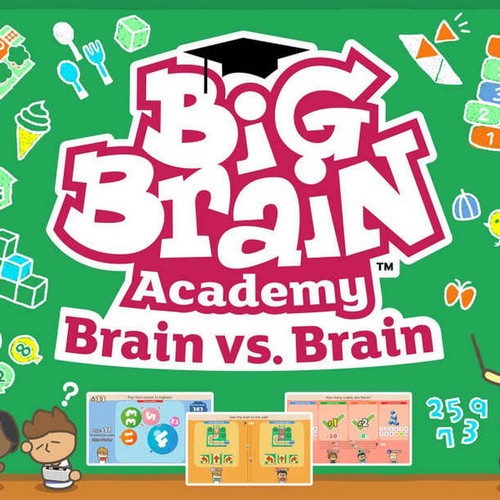 Flex your brain alone, with friends, or the whole world! Stretch your grey matter to clear away the cobwebs!