Blacksad: Under The Skin

Blacksad – Under The Skin is a game developed by Pendulo Studio, YS Interactive and published by Microids. As we look further into the developers and publisher, it seems as though crime thrillers are this groups bread and butter, and this game is no exception.

A classic “Who done it?” Blacksad is a crime thriller game with a twist. The player and other characters around are all walking, talking animals. Your character is a cat, a world war two veteran named John Blacksad. Now a detective living in New York during the 1950’s, your skills as a detective are put to the test when a local coach is found hanging from a rope above the boxing ring in his gym. His star pupil, headlining an upcoming fight has vanished, and you are hired by the late gym owner’s daughter to find the missing athlete.

The gameplay is pretty simple, spending most of your time walking around various locations, all while looking for clues, talking with people or interrogating suspects. If you find enough clues you can put them together within a mind map sequence, the clues laid out in written form and allowing you to select the ones that match. Any decision made has an effect on where the story leads. As simple as the gameplay may be, I found the character hard to manoeuvre, seeming to get stuck when there was no reason. 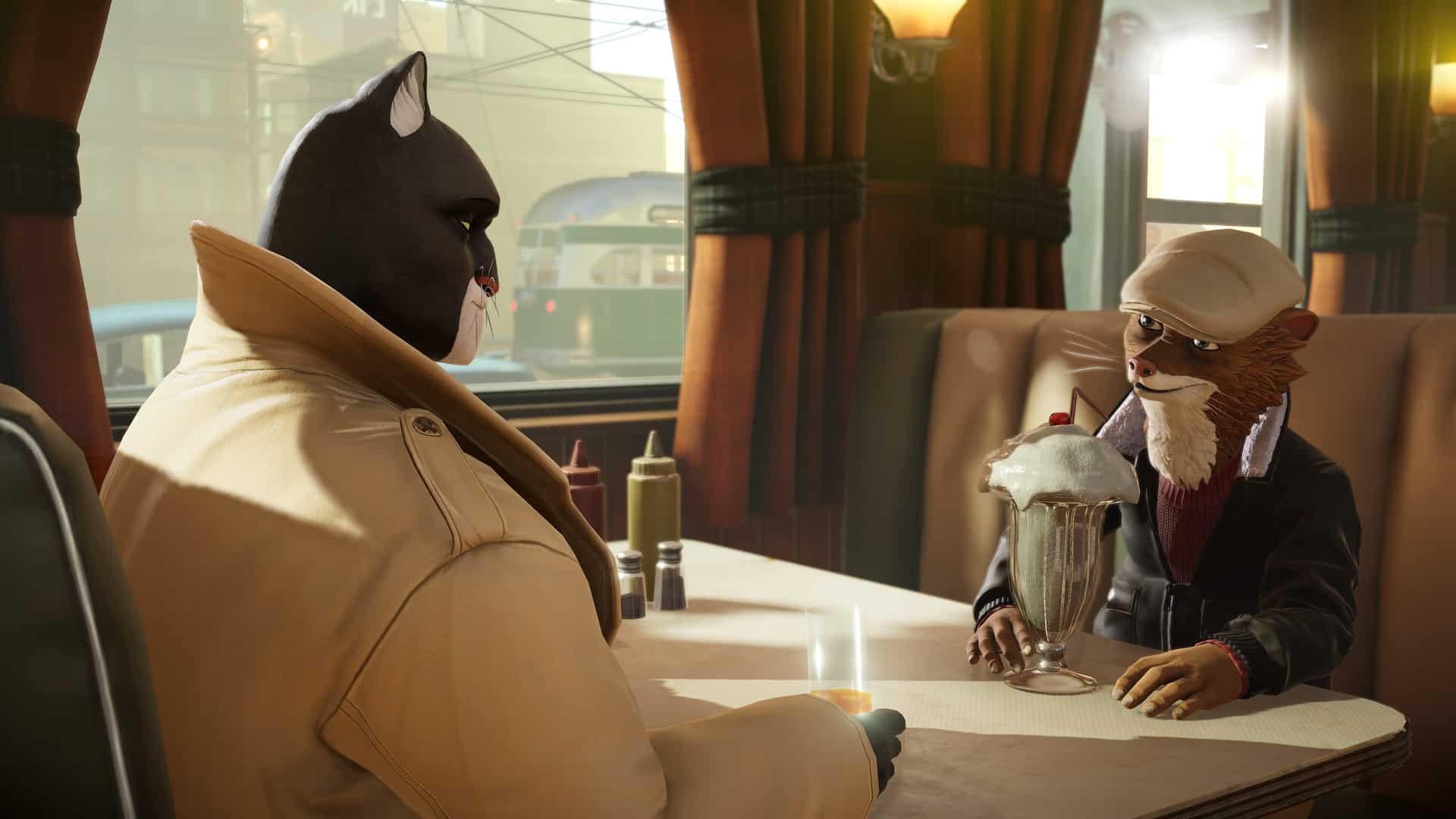 Annoyingly, I sometimes had to quit and go back into the game to fix the glitch. Aside from wandering around pressing “A” when a clue popped up, Blacksad also has timed events, whether it was a fight sequence and your timed response allowed for you to get the upper hand, or during an interrogation, where you had to follow through with your questions in a timely manner. Luckily, if timed events aren’t your thing, the game simply allows you to keep trying until you manage to dodge that incoming blow.

Following along with the animal theme, Blacksad also makes use of a fun little mini-game that allows you to use your feline senses during an interrogation, sniffing out the lies and watching keenly for small changes in facial expressions. Unfortunately, you can only casually stroll around, and while this can make sense when you’re actively looking for clues, it becomes very slow and tiresome when you’ve completed an area and want to move on.

When it comes to music, BlackSad has an amazing variety that you can enjoy. Looking for clues? Have some jazz! Interrogating a prime suspect? Jazz! Found yourself in a creepy alleyway? JAZZ! Now in all honesty, I don’t mind Jazz. Given the year the game is set in, it actually makes sense. The problem I have is that it is nothing but Jazz, even of different kinds, it’s still just jazz. This brings me to my next issue; a glitch that caused my sounds to drop out completely, not once, not twice, but multiple times. It mostly happened during dialogue scenes, and if it wasn’t for subtitles, I would have had no idea what that character was supposed to have told me. The voice acting the developers used was a bit of a mixed bag. The actors themselves lending themselves well to their characters, but being let down a little by editing, with some conversations feeling staggered and out of place. 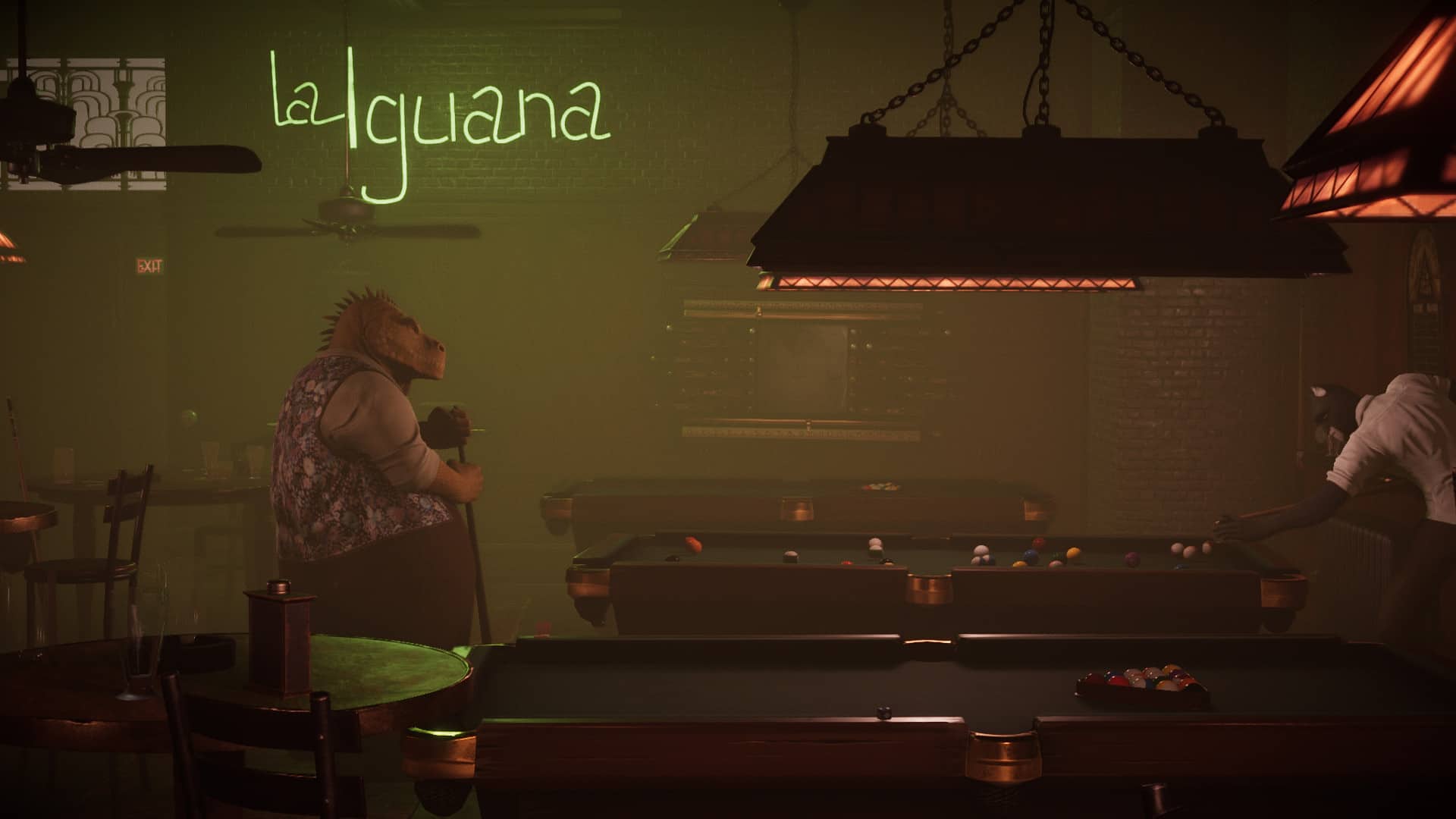 For the most part, the graphics are pretty good, with all the characters easily recognizable as the animal they were meant to be. It is difficult to describe the world you play in with some of the themes not making sense. It felt as if the writer of the game had humans in mind when they wrote the script, but then a designer decided to mix things up and have the characters played out as animals instead. The city feels a little like L.A. Noir, but the animals lend a cartoony feel. Animations were generally nice and smooth, but unfortunately let down by a lack of facial expressions or issues caused by areas of the game failing to render correctly or the game losing all colour completely.

There was even an instance where a female character’s skirt seemed to gain a life of its own; losing its mapping, bending unnaturally and causing her to bare her undergarments to everyone around her – I’m just glad they had the foresight to give characters underwear. The story drew me in more than I expected it would, and I spent about 10 hours playing the game just to find out “Who done it?” While the game did keep me captivated for my play-through, the frustrating controls and slow game play left me feeling like there is no need to go back, even with the chance at different endings.

Aside from the obvious graphical issues and problems with dialogue, I also feel there are a few things the game could have done without. The main being a racial slur written on a locker that made no sense at all, given that the characters are animals of varying colours. While this was meant to be a clue, there is no need to include such a thing in any game; I don’t know what statement the game was making, but it missed the mark and left me feeling a little angry that they chose to have it to the game when it didn’t add anything.

Blacksad: Under The Skin 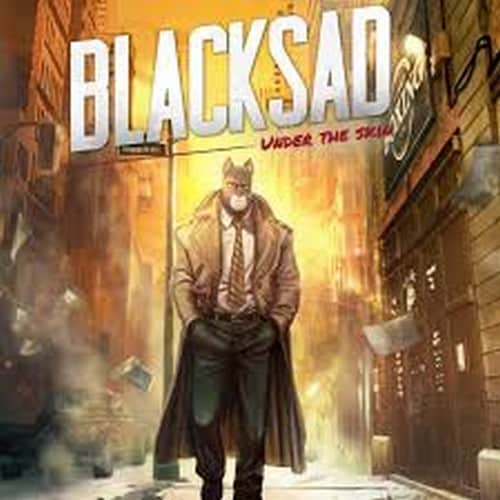 LACKSAD: Under the Skin - A dark corruption scandal in the heart of the New York City's underworld for charismatic detective John Blacksad!