Bookbound Brigade, a game by developed by Digital Tales USA and published by Intragames, is not a new genre but a new take on the classic Metroid and ‘Castlevania’ of old. The new term is a mixture; Metroidvania. Bookbound Brigade is a beautiful, 2D side scroller full of imaginative worlds and adorable characters, just like the latter expression.

Bookbound Brigade tells the story of classic heroes both fictional and non, and starring the likes of Dorothy from the Wizard of OZ, King Arthur of Camelot, Dracula, Robin Hood, Cassandra from Greek mythology, Sun Wukong from Journey to the west, Queen Victoria and even Nicola Tesla. Your heroes have been brought together as ‘B.O.B’, the book of books, which has been removed from its place of power in a magical library. Your mission is to work together gathering pages as you journey to find out who stole the book and return it to it’s place back in the library.

Each character, including your heroes, have forgotten who they are due to the ‘B.O.B’ being missing. The characters are all pretty funny and endearing, with the game chucking historical and relevant jokes at each making me chuckle. These characters either offer advice or a new move to help you pass an area. They also give you quests to complete such as finding an item sacred to them; the artist Leonardo particularly wanted the ‘Mona Lisa’, for example. 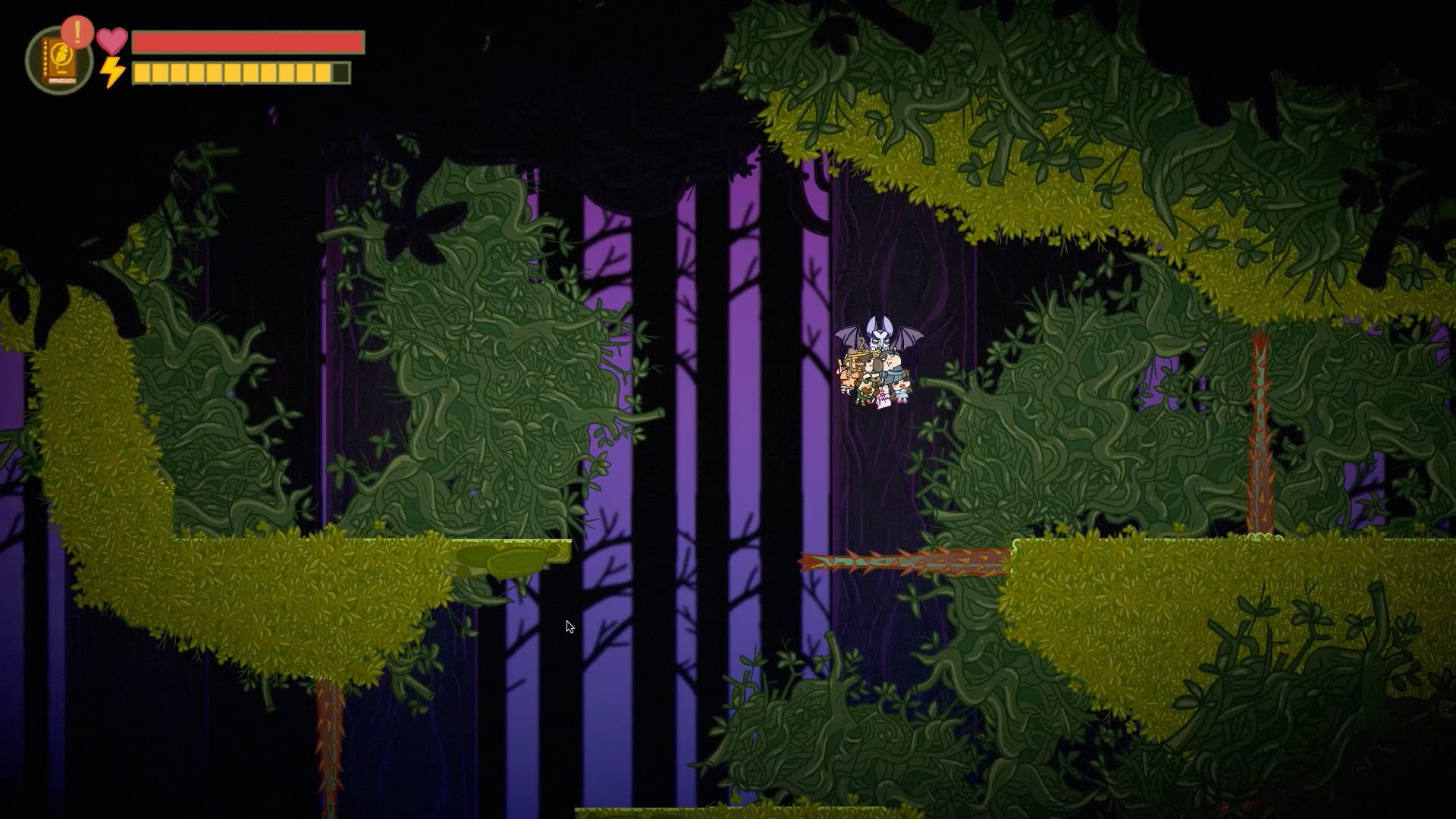 Bookbound Brigade is a 2D scroller with very challenging obstacles from disintegrating platforms, timed flame traps to lightning bolts. The enemies range from little orcs with swords to those creepy flying monkeys from the Wizard of Oz. Your brigade unlocks different attacks that can be used via changing formations but I found just brawling with all 8 characters swinging their swords worked for me as well. Some enemies throw projectiles like arrows and bombs; the bombs explode and leave a green gas that inflict depleting health if you stay in it and arrows stick to your characters heads for a second or two, which was a great effect.

I played this game on the Switch with the controller which was super easy to begin with. Your narrator helps you out with a tutorial on how to control your brigade – You don’t just pick one character to use, you use everyone in a party, basically it’s a Hero Ball. Your controls start off with just basic jump, attack and walk but as the game progresses you acquire skills and powers that adjust the way you play. For example, King Arthur has a special strike attack but your characters must be standing in a straight formation not your normal ball. You can also have your characters standing on each other’s shoulders making a ladder of sorts. This mechanic was super cool but also frustratingly challenging sometimes since you may need to have the brigade form the upright formation to get past one obstacle but also be darn quick to change that back to normal to get past the next. Classic scroller challenge. 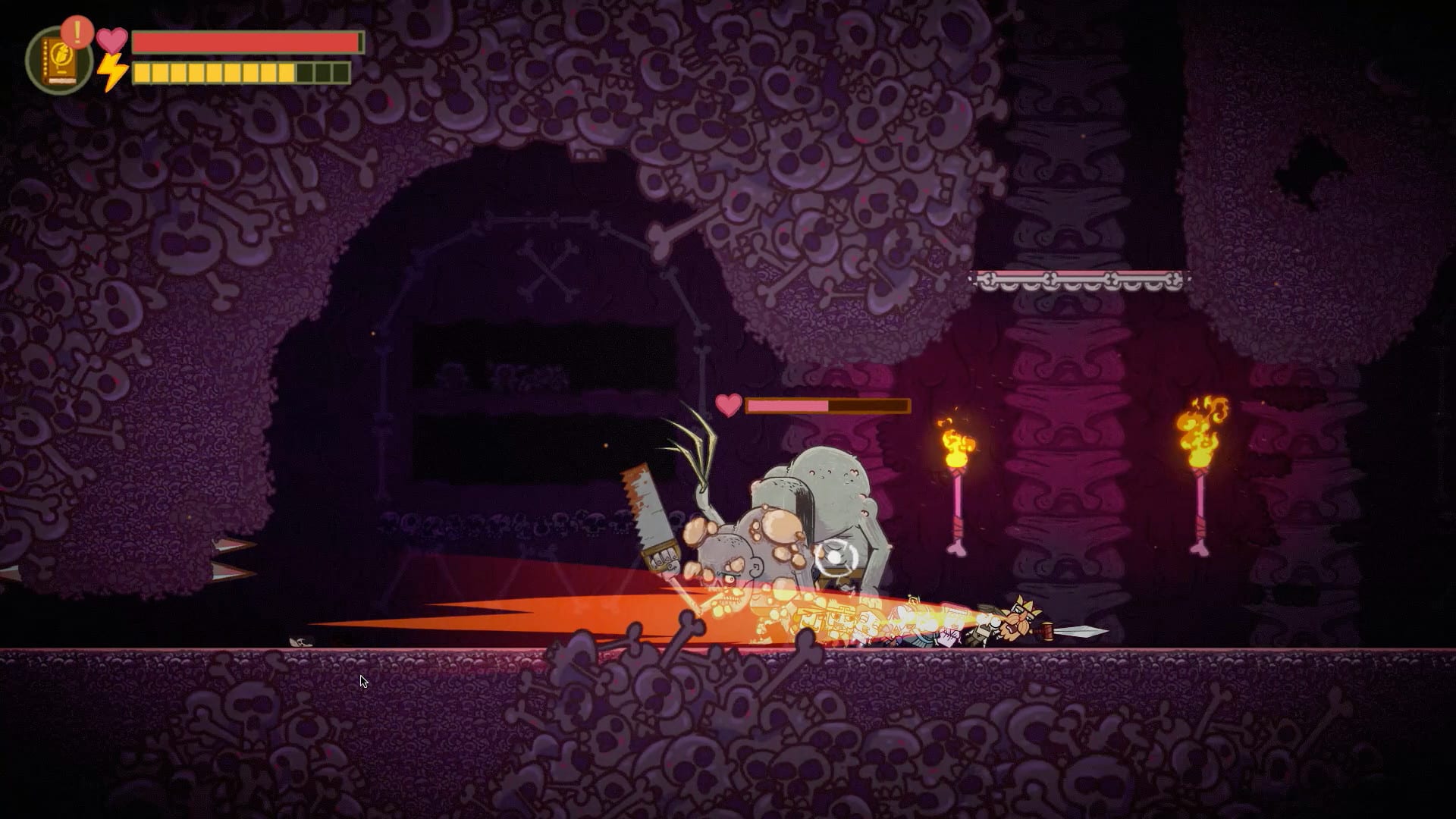 You navigate the worlds through book portals that take you to some beautiful landscapes. From a lush green forest, ancient civilizations, abandoned castles and your home world, the environments themselves are a massive library. What I loved about the landscapes asides from how detailed they were, was the fact that the background was littered with charismatic silhouettes too such as mine carts with ropes and pulleys; bushes and shrubbery while you walked through the forests. At times, I fell down a few holes since the silhouettes covered the scene so well, which was a little annoying but a very cool effect in general.

Your characters are well detailed for the design, Dracula has his classic fangs and dark cloak, Robin Hood his green clothes. Considering how the characters are utilised the cartoonish replication of their counterparts are amazing. The characters do not speak but make gibberish noises instead much like a Sims character, they do cry out when you die however, which happened a lot to me and was a little heart-breaking, Poor Dorothy seemed to be the loudest, sorry lovely. 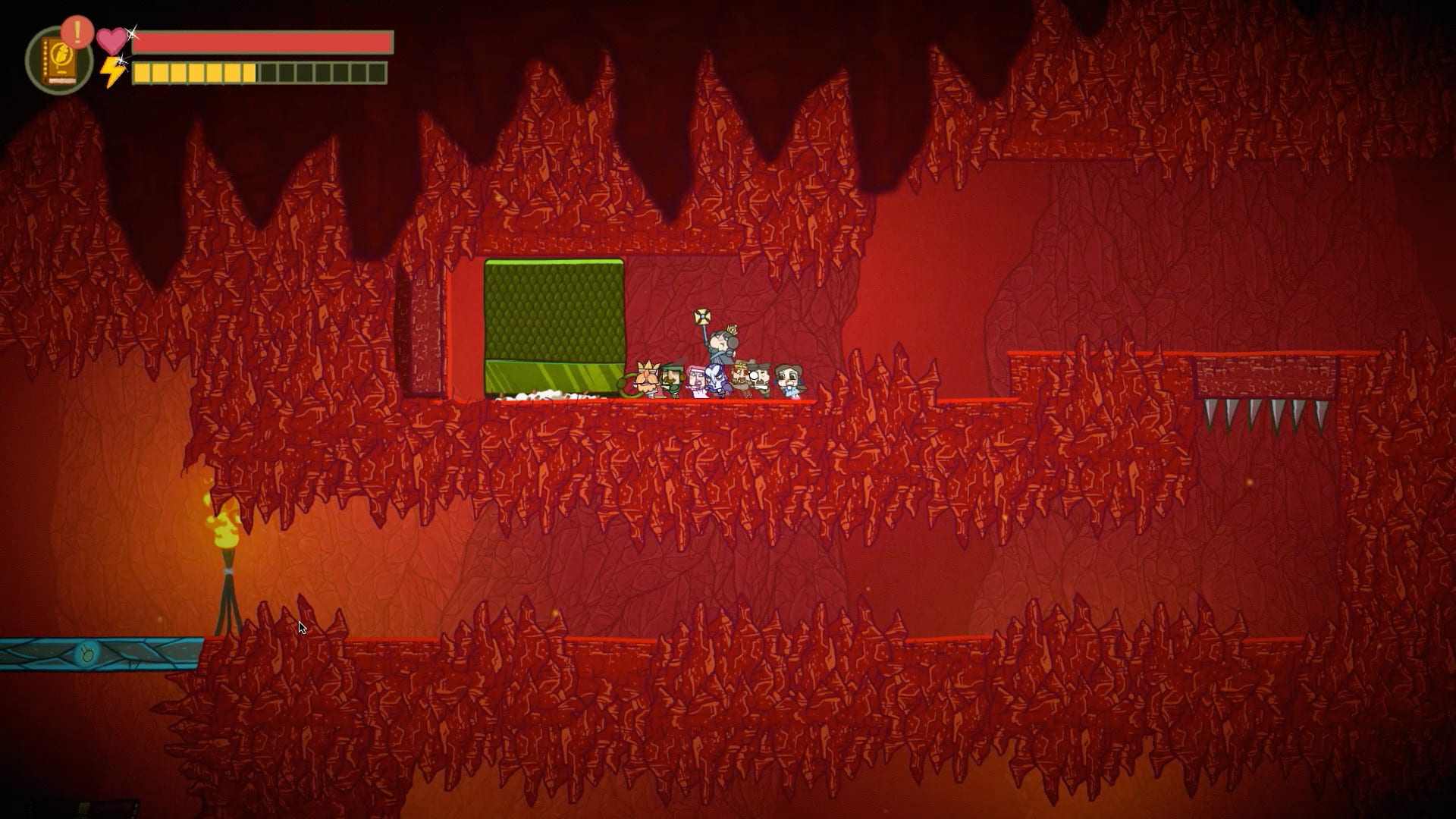 The music was on point too, your characters make noises as they step, swords swing with a ting and characters also make fearful woah noises if you’re on the edge of a platform. As I have said each world is themed and the music happily changes depending on where you are as a reflective of your location.

Although a design classic to the Metroidvania genre, the map was incredibly frustrating. I spent longer then I’d care to admit trying to escape the sewers as I didn’t have the relevant power to progress but still couldn’t get out due to the map taking me in bloody circle. A door didn’t indicate specifically where it would go either so I was forever entering a room to see where on the map I’d ended up.

Overall, I enjoyed this game thoroughly. It was charmingly cute and oozing with humour and while it was frustrating as hell at times it is one of those 2D scroller games anyone would enjoy if they are a fan of the genre and the classics. Bookbound Brigade is now one of those new classics. 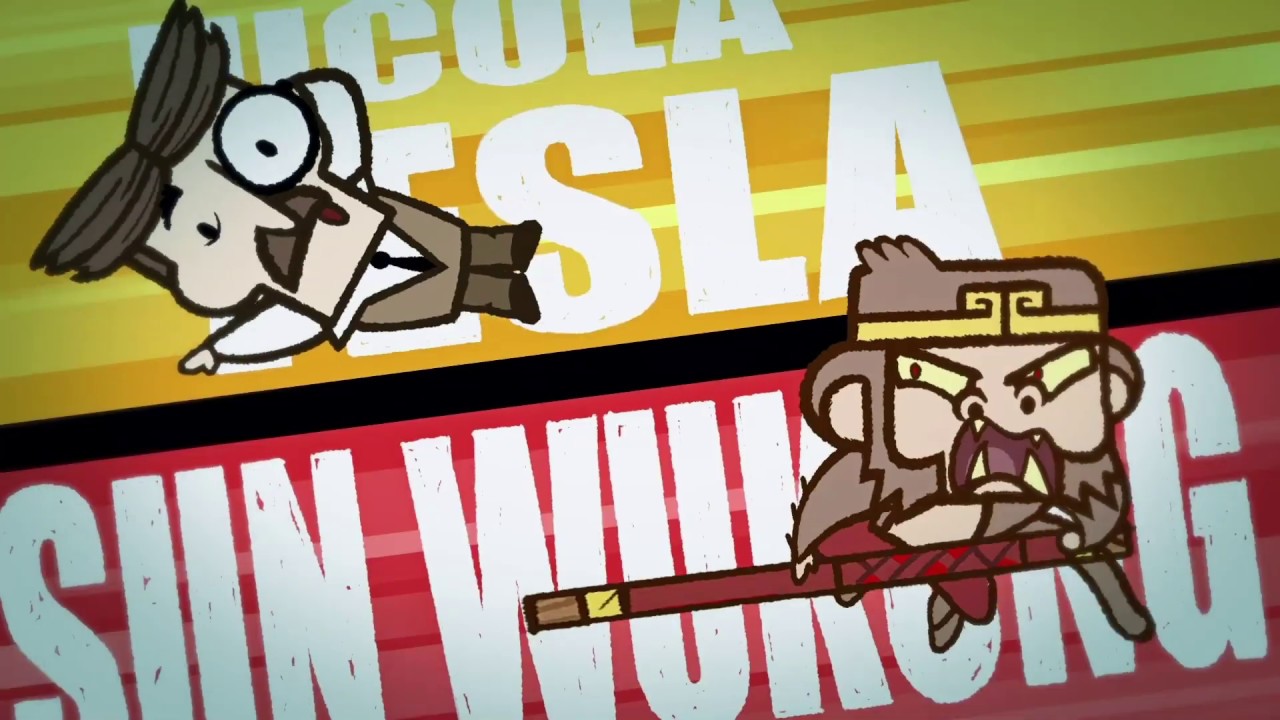 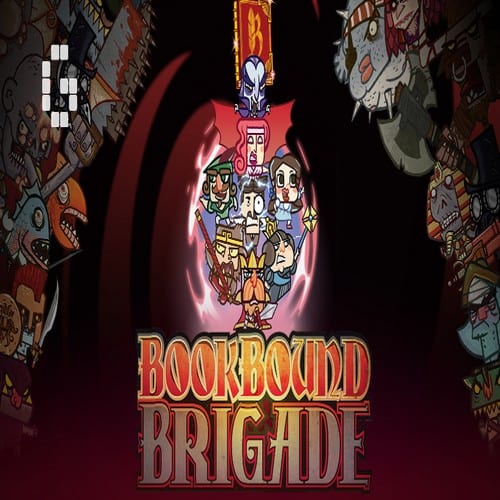 Bookbound Brigade is about beating the hell out of historical and literary characters you studied in school by leading a dream team of real and fictional heroes through a 2D side-scrolling platform-adventure.