This action packed, arena brawler set in the Victorian era, will have you jumping, punching and twirling your mustache in amazement as you battle against a variety of foes. You will encounter everything; from ominous plague doctors, burly boxers to even a innocent-looking damsel that carries around a mysterious suitcase that holds more than just undergarments. This exciting game was brought to you by developers and publishers, Ategig, the Australian based company we fortunately chatted with when attending PAX AUS in 2019, as a part of PAX Rising.

This multiplayer, PVP brawler is set in a fictional city called Brimstone. With its chaotic backdrop of Victorian era motifs, this setting also hints at some H. P. Lovecraft inspiration. Each map that you choose to take battle in will sure to give you a taste of that setting, especially since certain maps have changing backdrops and interactive environments that are sure to keep you on your toes. My personal favorite was the ‘Courtyard’ with its dynamic environments and interactive elements such as moving cranes and explosive barrels. Among the several maps to choose from, you have a choice of 12 unique characters to take your pick from; all with their own special attacks and abilities, you will be sure to have a favorite in no time. 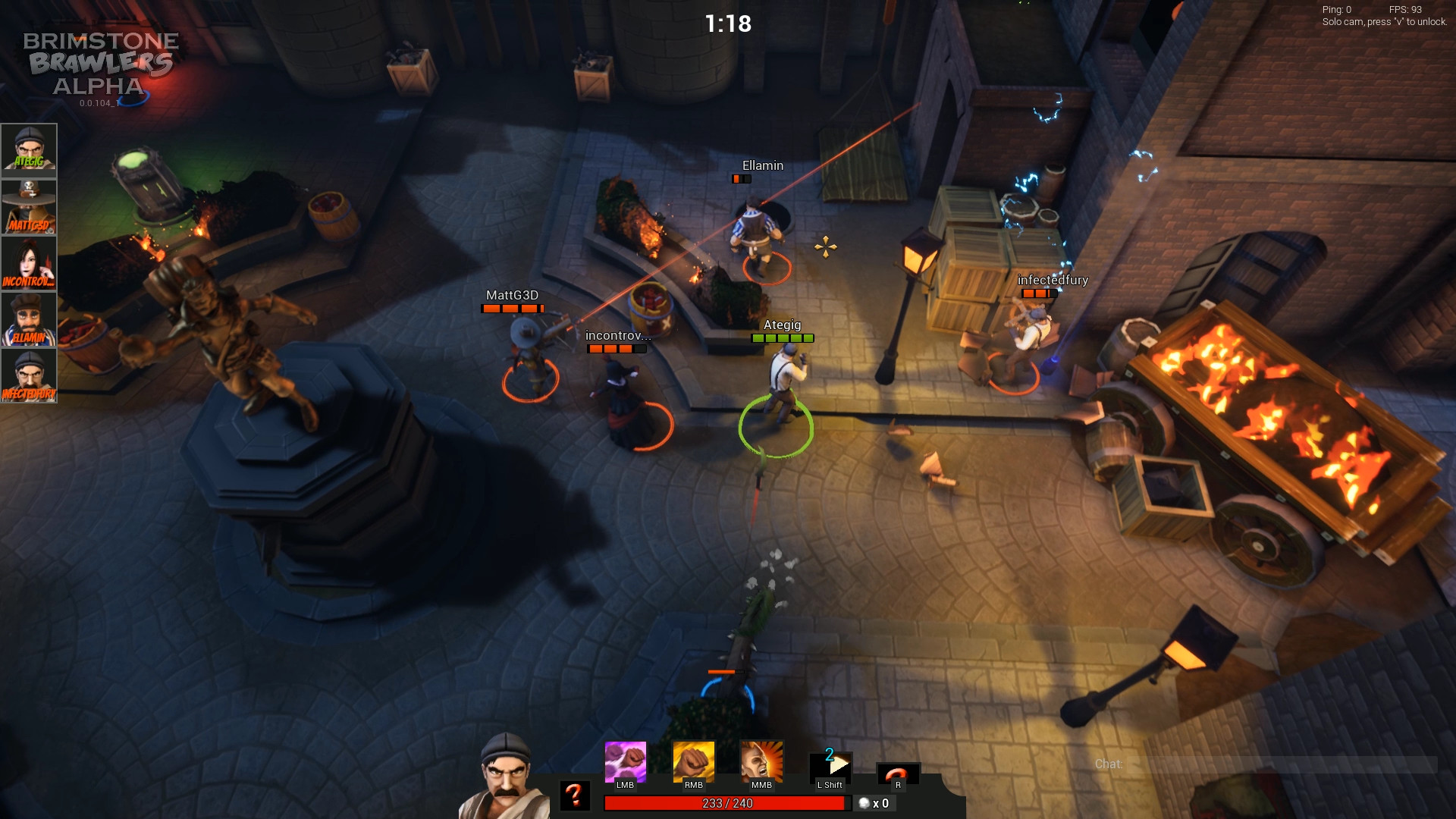 As for the controls, the game is optimised for keyboard and mouse but can also be used with a controller. Either one is easy to use, with no issues, so you can sit back and dive forth into battle. The game also offers a variety of game modes, such as Deathmatch, Team Deathmatch and an interesting one called Bamball; a soccer-like game that pits team against team, where you use your different abilities to win the match. Besides that, I also like the option to host online games and only invite steam friends or open it up for others to join. With this option, I could see myself streaming the game and having viewers join for some no holds bar Deathmatch goodness..

Also, the graphics are on point, from the maps all the way to the character models. No stone was left unturned in the creation of detail in each character’s design. As I said before, my favorite character The Traveller has a simple but elegant design while others like the Witch Hunter and Plague Doctor really shine in their charismatic details. Not to say that the maps don’t have their own personality either, from the rooftops to the station, all have minute details and interesting backdrops. One of the things that does keep the game upbeat and going is definitely the soundtrack with its gothic and dark melodies setting the tone, all thanks to Andy Gillion (solo artist, songwriter and lead guitarist of Mors Principium Est).

I think one of the biggest highlights to me is the roadmap for the game,as they plan to implement solo and co-op content, including quest and dialogue for characters. Along with one thing that is missing but not necessary with the simple controls, is a tutorial. They also plan to have more maps, music tracks and even dedicated servers.

Overall, Brimstone Brawlers is perfect for a party game, to play with friends online, or even on a couch. I do look hopeful to the game’s future roadmap, when it adds quests and dedicated servers, as the current stage of the game is great for now as a fun romp with friends but has huge potential down the track with its future content. 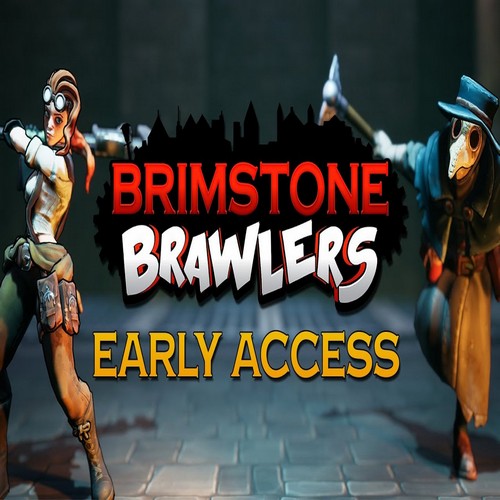 Brimstone Brawlers is a fun, couch multiplayer brawler, filled peculiar characters brawling each other in hazardous 3D arenas, all set within the Lovecraft inspired fantasy Victorian-era city of Brimstone.