By StacefaceMayhem on November 1, 2019 on Reviews, 6 More
close [x]
Tweet
No Comments

Call of bloody Duty is back, and as usual it is an experience of pure love and pure pain for me. Now, while Black Ops 4 felt like a good placeholder, this game is what the real C.O.D players have been waiting for. Back are the excited call outs, back are the camping tent pitchers, back are the rage inducing, spawn trapping shotgunners and more excitedly back are some of the things we missed in a good Call Of Duty title.

Upon boot up, that reminiscent, hair raising score of music composed by Sarah Schachner, reverberates in the menu, and you just know it’s time to rain down bullets on your enemies. Coming with a Campaign, Multiplayer and Co-Op, Modern Warfare is definitely not shy in delivering long lasting content.

I’m not going into gameplay too much since Call of Duty is a long lived, loved franchise that everyone knows, but essentially it is a shooter based on war, with a range of weapons and tacticals at your disposal. Playing through online multiplayer, campaign and other various modes will rank up your character as a whole, your guns this time round to a whopping level 70 and unlock attachments and perks to better your journey along the way. It’s basically pull the trigger, and pew pew. 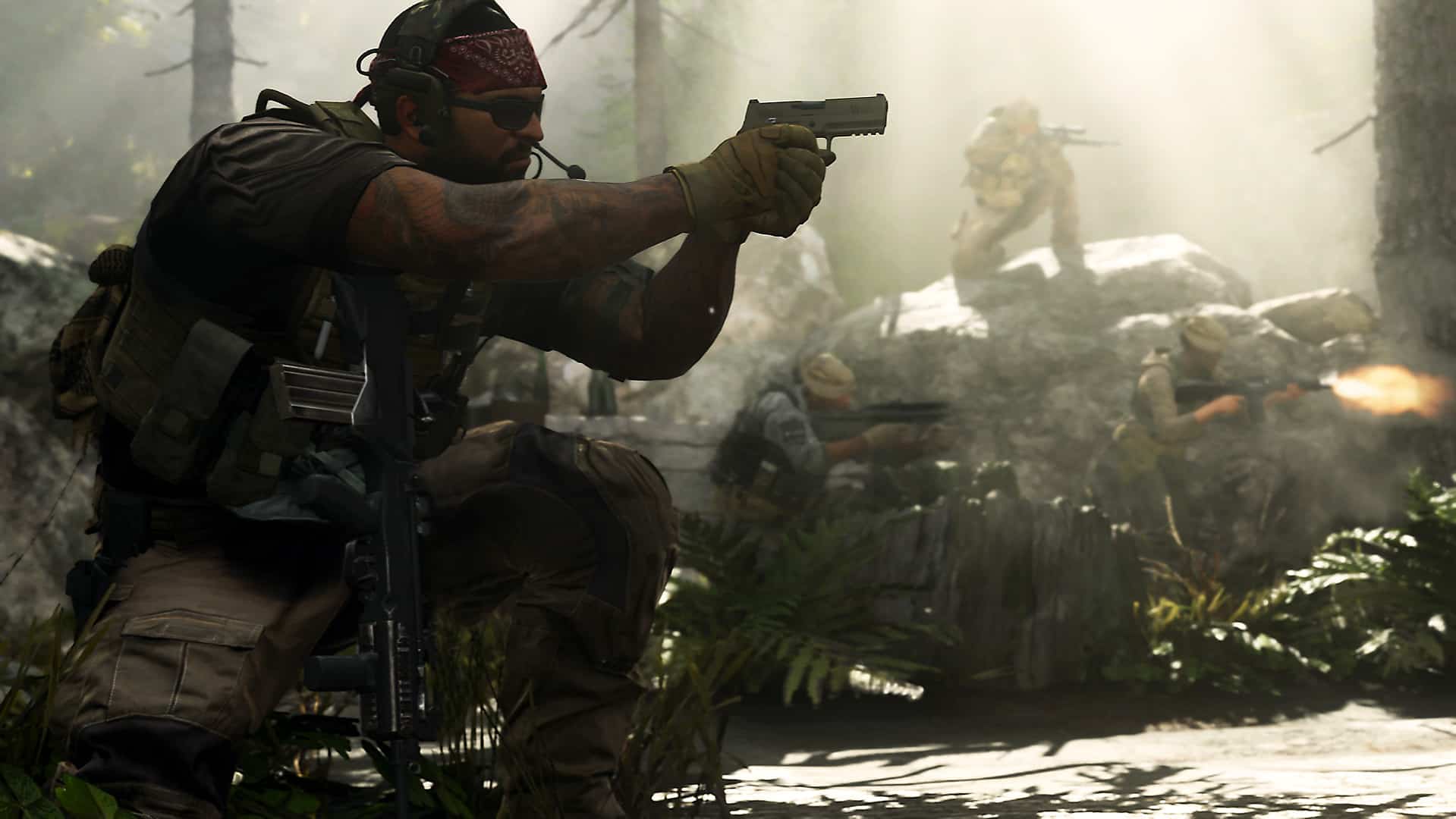 Campaign
Diving straight into the campaign I found it to be a refreshed but nostalgic blast from the past. It is everything we have missed in a campaign in Call Of Duty, packed with raw emotion and moral decision making, it was good to feel human in this franchise again. Playing as a number of diverse and charismatic characters, through a range of 14 unique missions, you must gunfight your way through terrorist cells and stop the use of deadly chemical weapons against the world. It was a typical war story, but with so much more depth and development this time round, with next level voice acting of the highest degree. I won’t spoil it too much, it really is one campaign to experience yourself. Also, Captain Price, what more can I say.

Multiplayer
Now, Multiplayer is my bread and butter, when it comes to Call of Duty and in Modern Warfare it is no different. Jam packed with a variety of modes there is gun slinging fun to be had for all sorts of flavors. The modes are immense with classics reappearing such as Team Deathmatch, Domination, Headquarters and Search and Destroy but also new modes such as Cyber Attack and 20 player TDM and Dom. The night vision mode is particularly interesting, but very headache provoking, not the mode for a chronic migraine sufferer, like myself, but a solid idea nonetheless.

Gunfight is by far my favorite new addition to the roster, being an intense but fast 2 v 2 verses match requiring a lot of communication and quick responsive decisions. Easily the most fun I’ve had with my friends in a shooter in a long time, you are given game selected guns and tacticals to duke it out against 2 other opponents.

Ground War is also back with massive maps with drivable vehicles, while these are cool inclusions, it will never be comparative to Battlefield’s comprehensive travel and gun play niche. 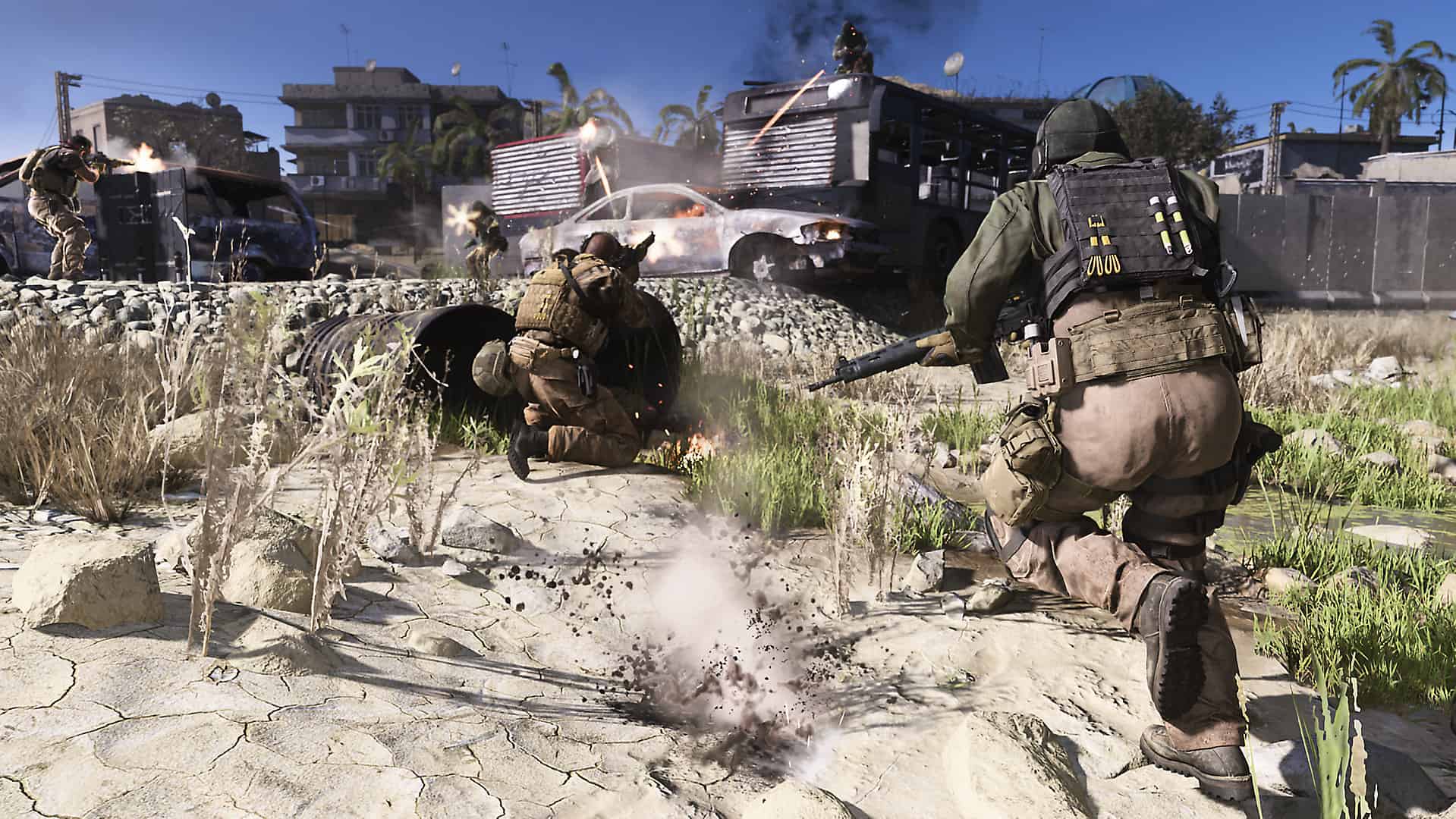 Co-Op
Co-op or Special Ops is a range of three unique cooperative play styles for up to 4 people in a strike team. Firstly, we have operations. Operations are scenarios to complete around the huge city of Verdansk. Where you need to tackle objectives your own style whether it be stealth or with guns blazing.

The Missions Mode is the real challenge though and they are certainly a mission to achieve. Being quite difficult even with a squad communicating, these scenarios are built to challenge even the most seasoned Duty players.

Survival mode, exclusive to PS4 at the moment, is CS:GO/Heist like affair of surviving waves of terrorist enemies, then managing your funds to replenish yourself for the next rounds. It feels just like zombies but without zombies, but a lot less fun without all the challenges the illustrious C.O.D mode offers and spiking in difficulty at sporadic times. To be honest, as an Xbox user, PlayStation users can keep this, it’s nothing to brag about.

Visually, the game is stunning, especially in the campaign. Each cut-scene is so cinematic that you can feel the sweat run down their face, see dirt in each pore and almost smell the rain in the streets. The in-game graphics also shine and keep up well without frame drops even with the fast paced nature of it all. The light also is very dynamic, bouncing off objects and casting shadows throughout, adding to the immersion and chill inducing moments. 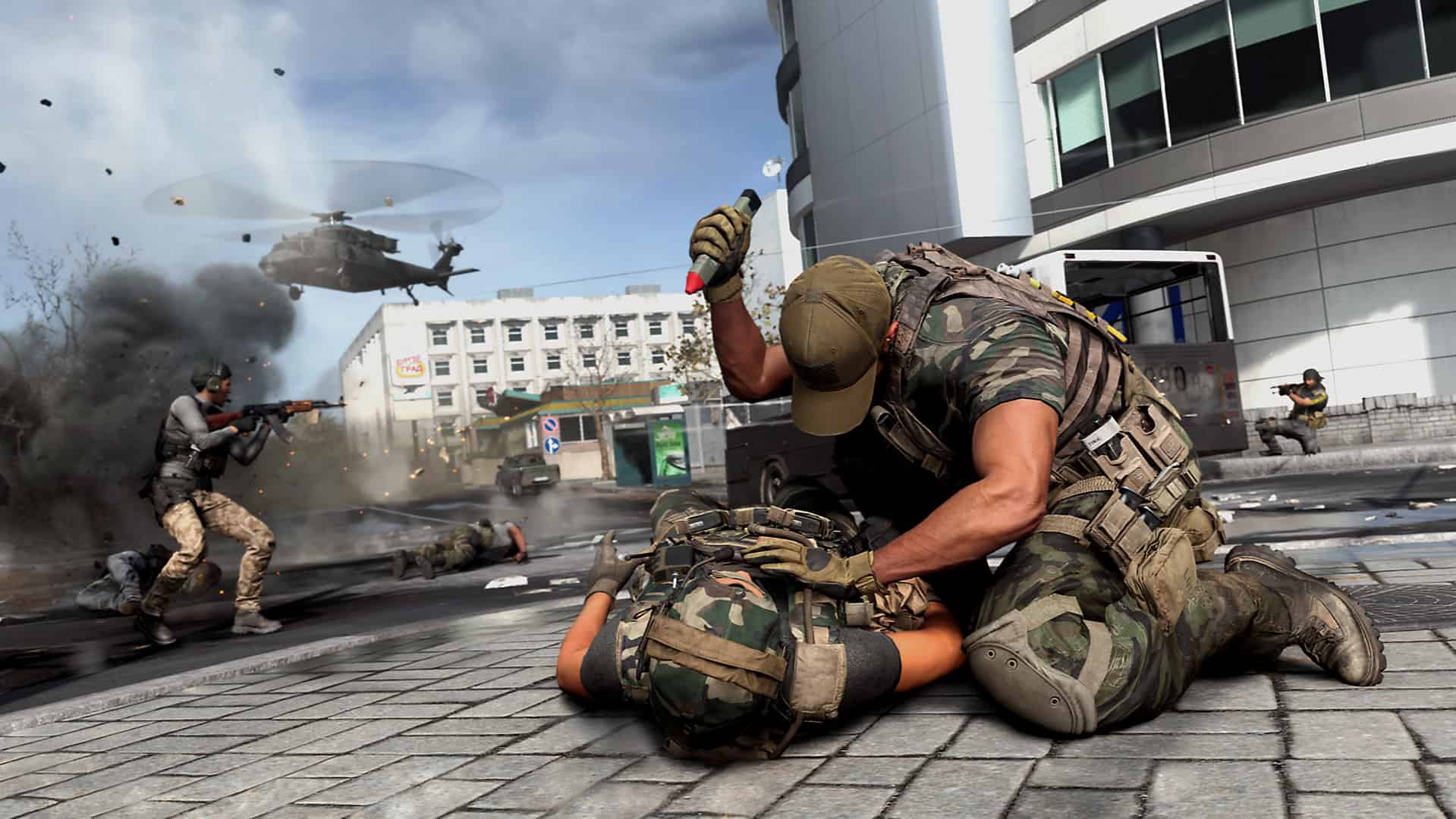 Now, I do however have some gripes with it still. While it is awesome to have the boots back on the ground still, and it does feel like the COD gods of old like Modern Warfare 2 which makes me smile, but it does still have underlying issues. The maps are very large, with too many windows and rooms; almost excessively too many to camp and people just hide in with snipers. It just breeds the mentality to sit like a potato in a corner. Not very fun, and even less skillful.

Touching on more technical issues, while the game ran very smoothly in the campaign and even in multiplayer, it was a hell of a slog to download and was even known to crash to a hard reset on the Xbox after strenuous sessions. This is something I personally experienced as well as many of my friends, and it is annoying in the heat of a battle trying to get back into the same match. Joining friends can also be a nightmare, often saying they are joinable when they are in fact in a full server.

Overall issues aside, Call Of Duty: Modern Warfare is a powerful return to the franchise, bringing back the campaign we know and love from the past, but making it fresh and relatable, showcasing the true horrors war through dynamic storytelling. Multiplayer is frustrating as ever still, but offers a wide selection of modes to hide amongst and hone those skills. This is one C.O.D. that has the potential to be a great with a few patches, and certainly has me drawn back in like a moth to a flame.

** Score will be amended to a 4/5 when the crashing Xboxes is patched out.** 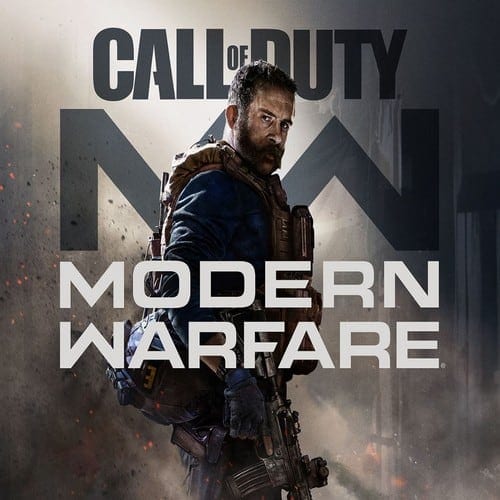 The all-new title, published by Activision and developed by Infinity Ward, engulfs players in a modern-day conflict, where split-second decisions could affect the global balance of power.