‘Carrion’ is a PC game developed by the Phobia game studio and if that doesn’t tell you everything you need to know, then players are in for a surprise. Carrion is derived from the Latin ‘Caro’ word for ‘Meat’, and refers to flesh that is decaying.

Story
Carrion sees the player take control of a “The Thing” type monster that has been securely constrained in an underground lab, or, so it may seem. First thing players do is bust free from containment and start to explore the underground base. Gameplay mainly consists of slipping through cracks, opening doors and eating humans. As players progress military personnel are introduced who pose a much greater threat than regular humans.

As the game travels through, the monster is able to ‘relive’ flashbacks where players instead take control of a mysterious scientist as they arrive at the subterranean base the game is set in. This is great in setting up a bigger story to the player without ever needing dialogue or cutscenes, granted the scientist controls with WASD and space bar, but the change in controls is justified as the gameplay is very different in these flashback sequences. 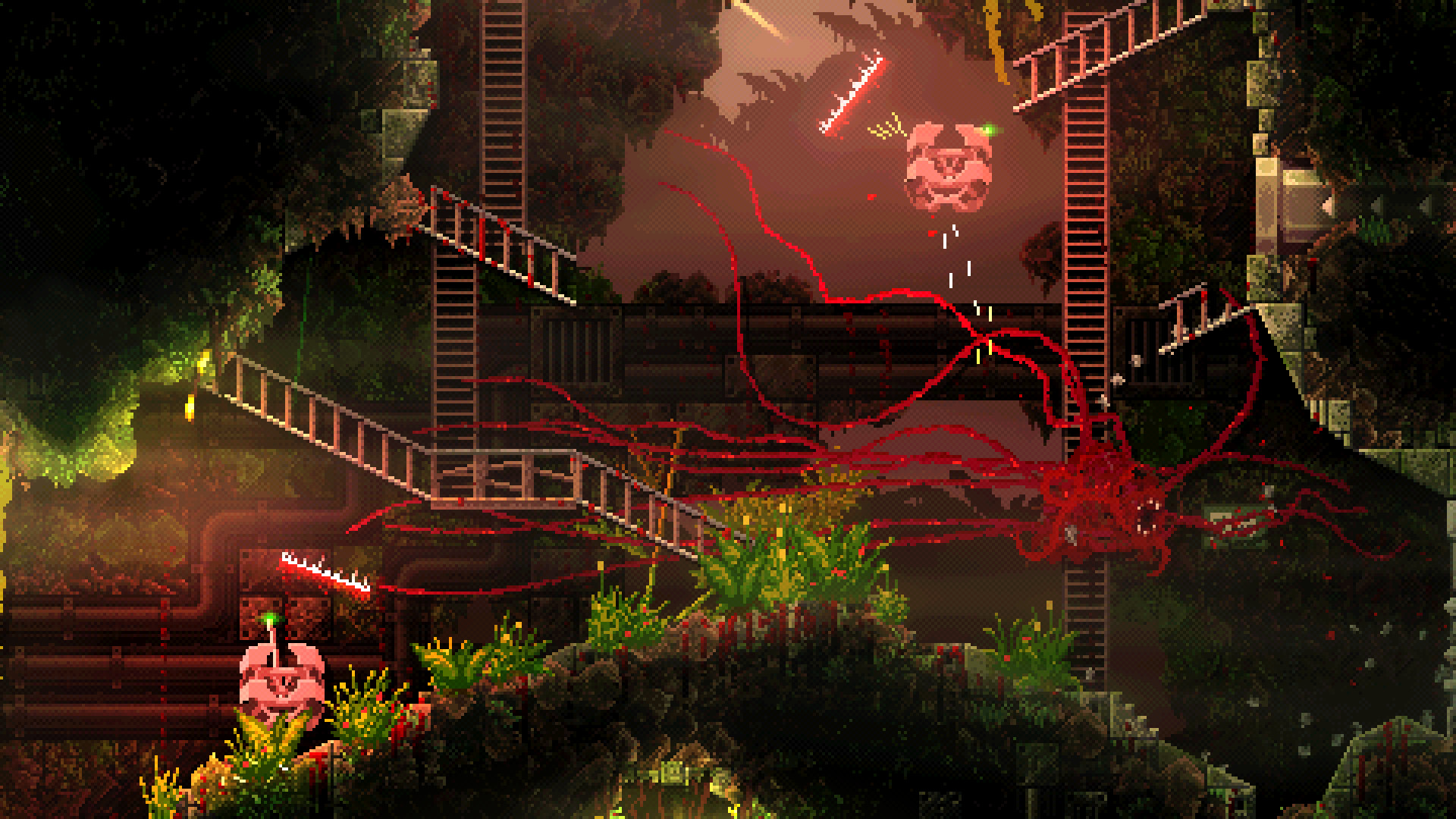 Gameplay
The gameplay of ‘Carrion’ is simple and fun. The monster is controlled by left click, which causes it to shoot out tendrils allowing it to crawl around the floor, walls and ceilings of the environment. Right click is used to snare humans and eat them, which not only refills health, but also increases the monster’s size. Right click is also used to open doors and pull barricades away from blocking paths. Throughout the game, players can bust open more containment cases and infuse Carrion with DNA which allows it to perform more actions such as shooting web, or busting through wooden walls.

This presents an interesting gameplay shift. Once players gain the web ability, they are able to pull levers through tiny cracks, or shoot and incapacitate otherwise dangerous humans.
This at first is a very welcome update, but soon after they gain the ability to ram, which replaces the web shoot and upgrades the monster’s overall size. This means if players wish to retain max health and the ability to ram through wooden blockades, they must downsize the monster to regain the ability to shoot web.

This is done so by depositing a “biomass” into pools of water, thus controlling the size and abilities the monster has access to. While simple, this is a fun way to add another layer of complexity to a situation that may not be solvable at max capacity. 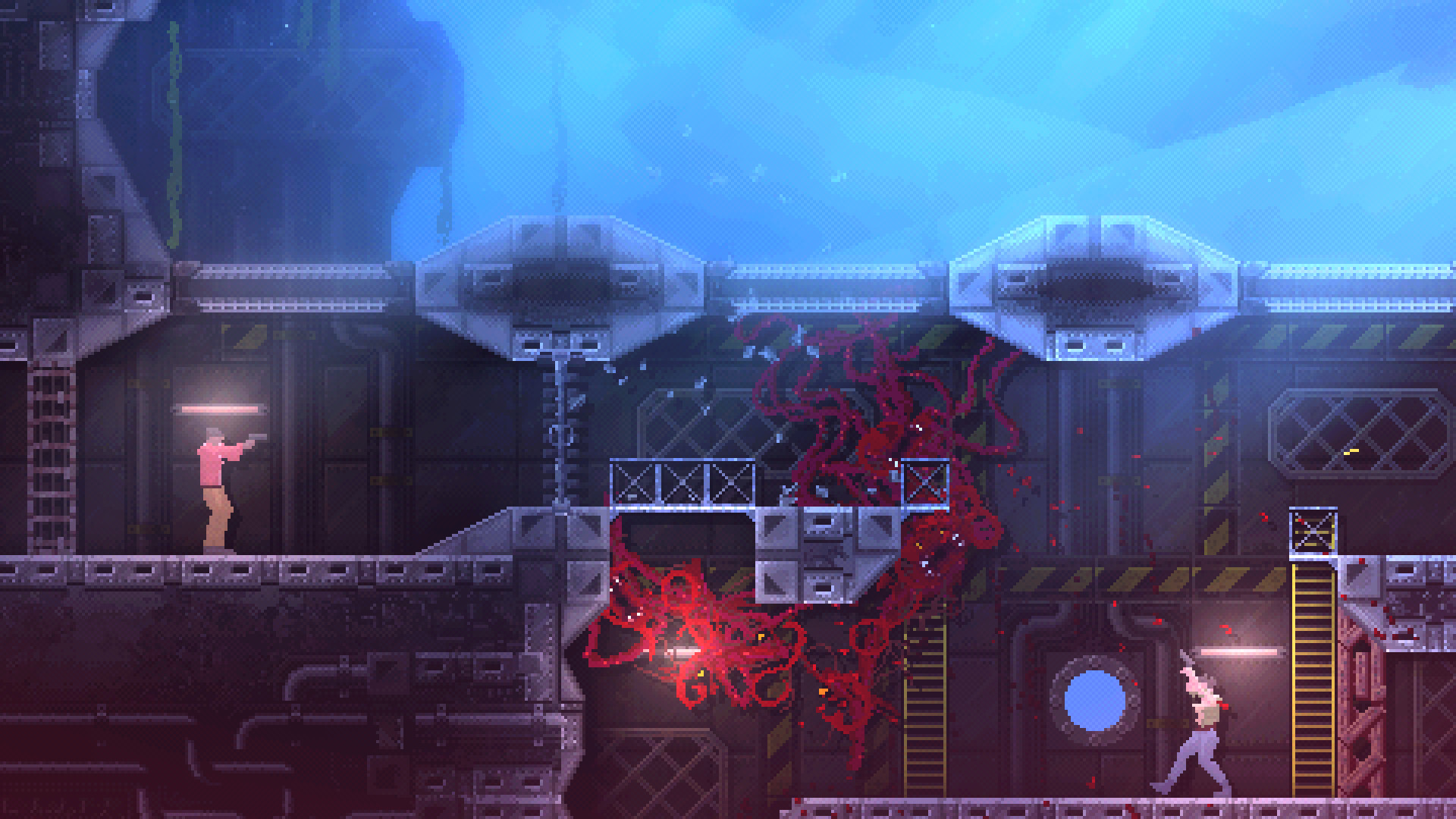 Artstyle and sound
Carrion is a stunning game to behold. It uses pixel art sprites to great effect to create highly detailed and smooth animation. Every stage is lovingly detailed down to the pixel, and Carrion itself is quite the masterpiece. As an amorphous blob of horror, it grows more lumps, eyes, teeth and tentacles, all the while leaving a trail of blood in its wake. Each asset is attached to a central piece, and can move around, squash and stretch without the quality of each piece suffering.

The entire environment feels fully believable, as there are a huge amount of things that the monster can interact with by simply brushing past it. Bushes, grass, weeds and chains are amongst many things that shake and give off little sounds as players brush past them.
There is an unbelievable amount of polish overall, but the sound effects really stand out. Every motion has such a crisp distinct sound associated with it, players will get chills simply listening to the disgusting dripping squelches as the monster talks the halls of the underground labyrinth.

Conclusion
The game is described as “a reverse horror game” and this description is incredibly fitting, however, despite the player controlling the monster, the world is still eerie, and the sheer perfection that is the sound design might still be enough to unnerve most players. Overall, Carrion is a fun experience I’m sure horror fans and casual fans alike will enjoy, if for no other reason than how much fun it is to traverse the environment as the monster. 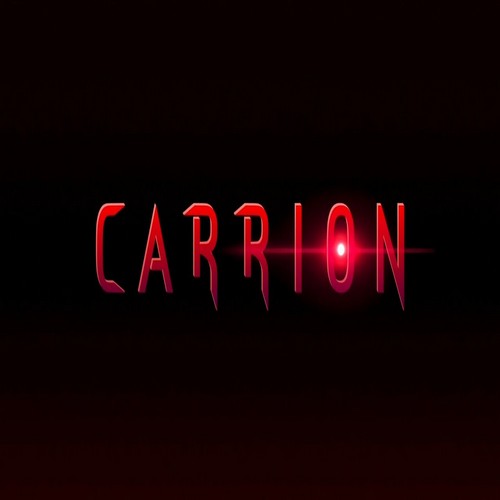 CARRION is a reverse horror game in which you assume the role of an amorphous creature of unknown origins, stalking and consuming those that imprisoned you.