By MKAU Gaming on November 20, 2017 on Reviews
close [x]
Tweet
No Comments

Here’s a game about evolution, well not really… Sure it’s about cavemen and aliens but it’s just a crazy side scrolling platformer full of fun!

Caveman Warriors is strictly local play only, supporting up to 4 players. Being a 4 player game, there is 4 different characters to play as. The first being Jack, his colour is green and he’s big and muscled to the max, his weapon is a stone blade on a stick and can run through rock walls and even throw his weapon. Than we have Liliana, everything about her is pink, she’s equipped with a spear that she can throw as well as using her spear to get to higher ground. The third character to play as is Moe, he’s blue and his weapons can only be thrown, from throwing tusks to musical monkey, he’s got your back. Our last character to go over is Brienne, she’s one tough looking cookie. She isn’t to be messed with, having a huge meat on bone weapon that’ll pumble anyone in her way. Whilst playing, changing characters is doable at anytime and is done so with either left or right bumpers.

There are factors to be aware of, first being you’ll start a chapter with 3 lives, and for each fire pit save point you reach, any lives lost will replenish. Health and stamina are also key things to monitor, health can be lost when hit by enemies, but killing them of breaking certain objects will drop items that’ll give you health. Your stamina on the other hand will drop if you run or hit something enough times and become tired and not moving is the only way to replenish the stamina back up to full. This isn’t an easy game to beat. It looks like it’s user friendly but frustration will pour at times. The fact that once you are out of lives, you need to restart from the very start of the chapter. As mentioned before, upon starting a chapter you’ll be given 3 lives, if you still have lives left when you are attacked and “die” you’ll respawn either at the last save point or sometimes you’ll respawn where you died and appear on top of a UFO. While savepoints are there, you can forget about trying to save the game and coming back to it later as the game doesn’t allow that and you’ll need to complete each chapter in one sitting.

There are some things in the game that I wasn’t happy about. The fact that once you start to walk you cannot walk back from where you came from, this mostly only affects you when dino birds are flying around because you’ll have about one second to decide to jump, duck or be hit by it. Now whacking or throwing to kill an enemy is the easiest way to kill something, but jumping on them is also another way to kill them. Playing any chapter isn’t an option. You must start from the first and the next will unlock as you complete them, so mastering each level of the game is required otherwise the following chapters will be locked and unplayable.

What can I say, this game is full of nothing but bright colours spanning across all chapters you’ll be running through as well as the characters you’ll be playing as. You’ll play chapters above ground as well as underground. The HUD shows health, stamina, lives and lighting cans to collect. The cans to collect are almost in the hardest to reach of places, so don’t think collecting all 48 will be a walk in the park. The tunes along with the music you’ll hear throughout the game are fast sounding. AI in all chapters will make there own sounds and as do your playable characters. Side scrolling games use mostly the left stick for movement along with attack and jump buttons, this is how Caveman Warriors controls are too. Both bumpers will go through all four characters, which can be done anytime whilst playing, unless when playing with others who are already that character. On Xbox One, A is jump, B is super jump. Y is for doing actions, X is for attacks and triggers for doing attacks. These two are also used for car controls and car attacks.

I’m huge fan of side scrolling games, and of late there has being a lot come out across PS4 and Xbox One and Steam, but this one is very tricky to master and is all about good timing, good memory and most of all sheer luck sometimes. It’s a game worth the time for side scrolling fans, but be warned you’ll be challenged a great deal at times, from average enemies to very large enemies. 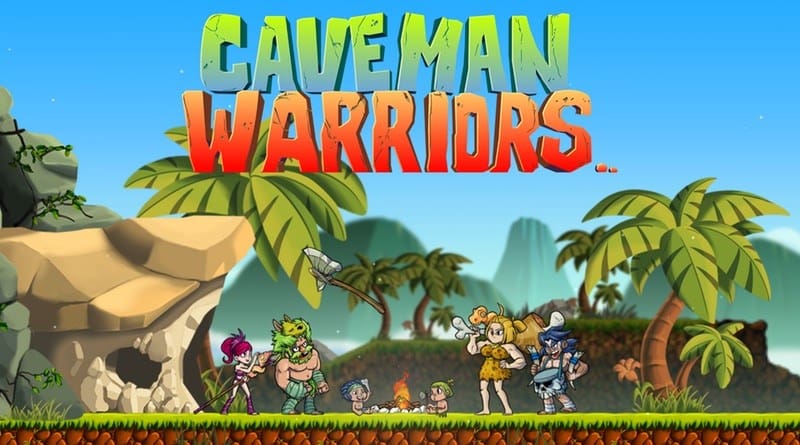