I’ve played a few turn based strategy games in my lifetime, most notably a few from the Total War series. My favourite part of this series was controlling the armies; setting them up, moving them into position and then commanding waves of troops as I crush the enemy underfoot. I always knew about Sid Meier’s Civilization, but never really had a chance to play it. Needless to say, I was pretty excited when given the opportunity to review the recently released Civilization VI on Xbox One, coupled with two of the earlier expansions.

Unlike many other games of the genre, Civilization VI doesn’t really have a definitive story line. It doesn’t matter which country you select, as the only goal you have is to grow and develop your nation. Your story is created while in game, with you choosing how to play and how to build your empire. The two DLC’s I was supplied with don’t really change this either, however they do provide a few new ways to play. The base game has you building your civilization, searching for resources and ultimately becoming the world’s greatest power, either through military force, exploration, or through diplomacy. 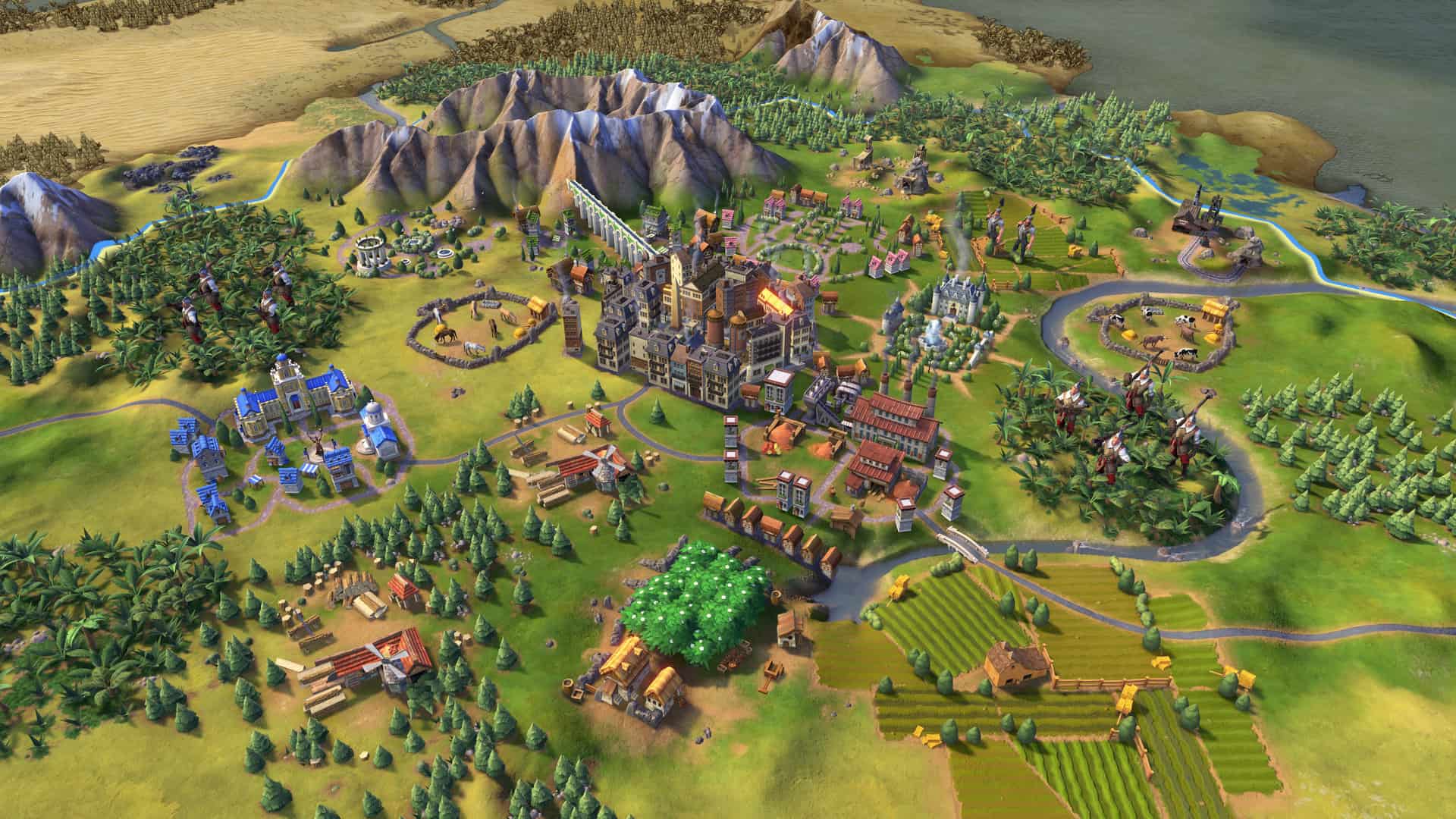 The Rise and Fall DLC was the first to be released on PC and the first of the two given to me. Rise and Fall introduces a loyalty system to the players’ cities, with players needing to ensure the happiness of their people, or else face the potential consequence of their cities becoming independent powers in their own rights. It also meant that particularly loyal cities could benefit from a happy workforce, potentially speeding up the amount of time certain projects might take.

The second DLC I was given was the Gathering Storm, which introduces natural disasters, such as tornadoes and erupting volcanoes. This added a whole new level of detail and realism to the game, as you could be content with how things are currently going, before suddenly the ice caps melt away and destroy the cities you have on the coast. While I had only played with the DLC active, I can say that I feel these were a much needed change, as they add a certain randomness to the game itself. I have been told that prior to these expansions, the game was somewhat predictable with how things would occur, as after a period of time you would come to know what to expect based on your chosen leaders and the ones immediately near you. 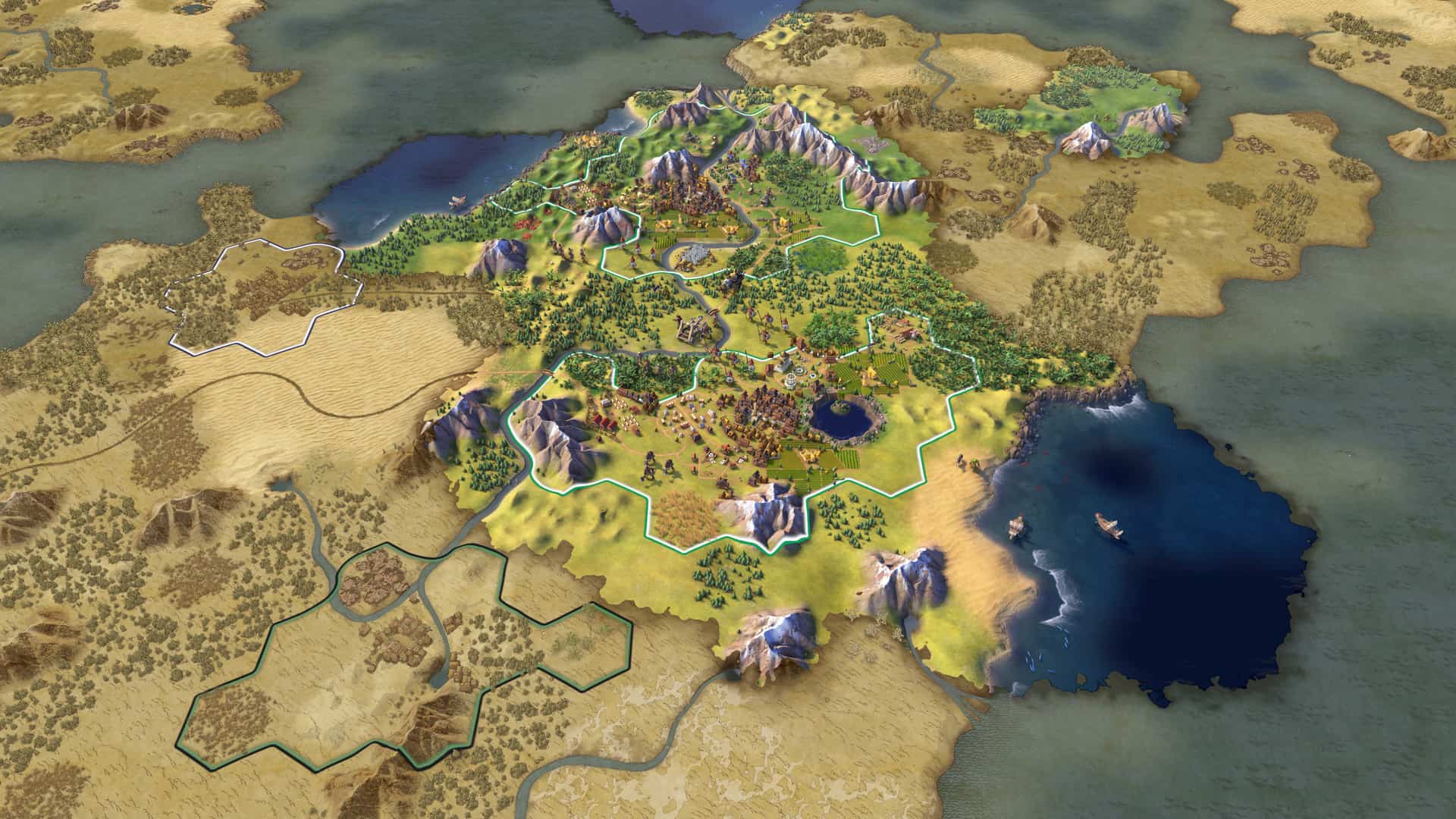 One thing I did notice while playing is that on Xbox, there seems to be very little in the way of a tutorial, even with the game asking if I had ever played before. I was expecting to see little tips as I highlighted things I could select or research, but this wasn’t the case. Even starting the game, I found I had issues with the difficulties as they have interesting names for the various levels. I could guess that “Warlord” was a particularly high difficulty, but what was Prince? Easy? Normal? I couldn’t tell you, because it didn’t even indicate in the slightest.

While the graphics are a little on the simpler side of things, the game itself still looks beautiful, with the playable world being beautifully created. You can easily make out what is a capital city, or where a farm has been built, even though they are quite simple in design. Even the characters you can control are quite simply built with very minimal animation to them. My only real disappointment when it comes to graphics however, was the inability to control the armies as the battles take place. I really enjoyed watching over giant armies as I commanded them to battle and I feel like this could have been a good addition. 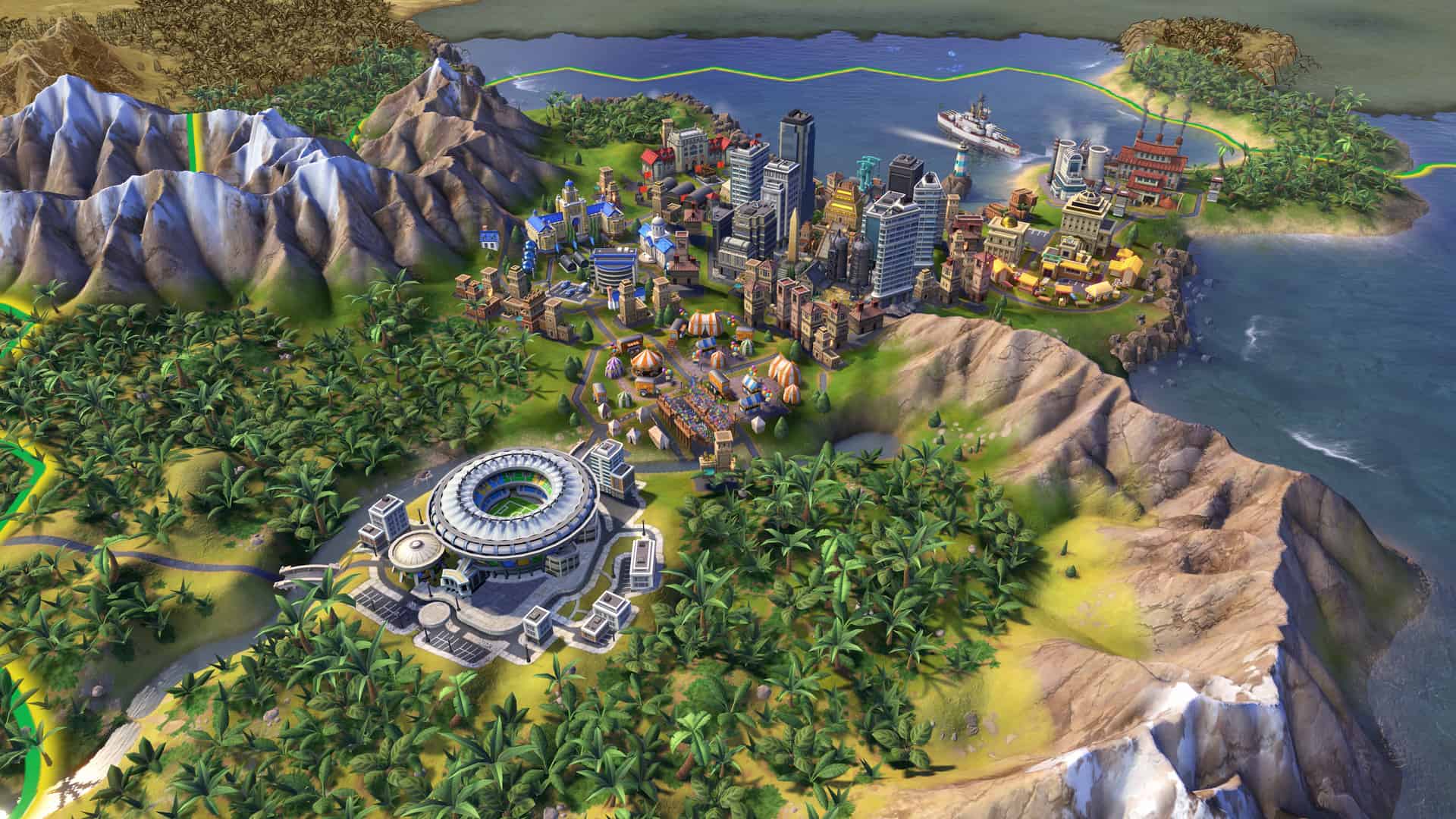 I played as Australia for my first game, trying to be all patriotic and whatnot, and I noticed that in game music tied in to what was showing on the map at the time. Prior to meeting my first civilization, music that sounded stereo-typically Australian was playing, complete with didgeridoos. When I met the New Zealanders for the first time, something that sounded a lot like the Haka started playing, and music swapped and changed as the game progressed as I met more cultures. There were more surprises as I found out that Sean Bean was the guy behind the voice overs when you accomplish certain things in your game, and once I realised this, I couldn’t help but picture Boromir.

Civilization VI is certainly a game that is an acquired taste. It isn’t quite what I was expecting, given what I have played in the past, but I can easily see why so many people enjoy the game. Firaxis have developed a deeply involved game that requires a very strategic mind. Sure, there are a few things that I wish would change, such as being told what all the icons on the screen mean, but overall it wasn’t a bad experience at all. With how detailed the game can be, with how much can happen at any given time, it does however puts quite a bit of pressure on your console, and the load times I encountered were almost unbearable. If you’re interested in this style of game, I’d probably encourage you to buy it on PC instead, but if console is your only option, this will certainly scratch that itch. 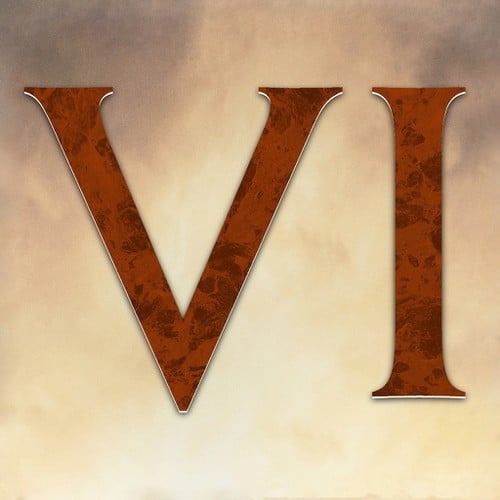 Civilization VI offers new ways to interact with your world, expand your empire across the map, advance your culture, and compete against history’s greatest leaders to build a civilization that will stand the test of time. Play as one of 20 historical leaders including Roosevelt (America) and Victoria (England)