For as long as I care to remember, people have questioned what would happen to the Earth if humans were to suddenly die out or vanish. The general consensus is that life for all intents and purposes would go on, animals would thrive, but not all that much would change.

What if it did though? What if life carried on, but evolved to the point where insects developed technology that rivalled or even surpassed our own? Enter Clid the Snail, developed by Weird Beluga Studio and published by Koch Media.

Set many years after the fall of the Giants, we follow Clid as he is exiled from the Snail Citadel and ventures into the open world, where he encounters other like-minded creatures as he battles his way through the slug plague and a variety of other insane enemies, such as what appears to be a maniacal porcupine, cackling madly as he burns down an innocent city. Players will need to be creative with the environment, their weapons, and even their own bodies as they navigate through various combat situations or work to solve puzzles blocking their path. 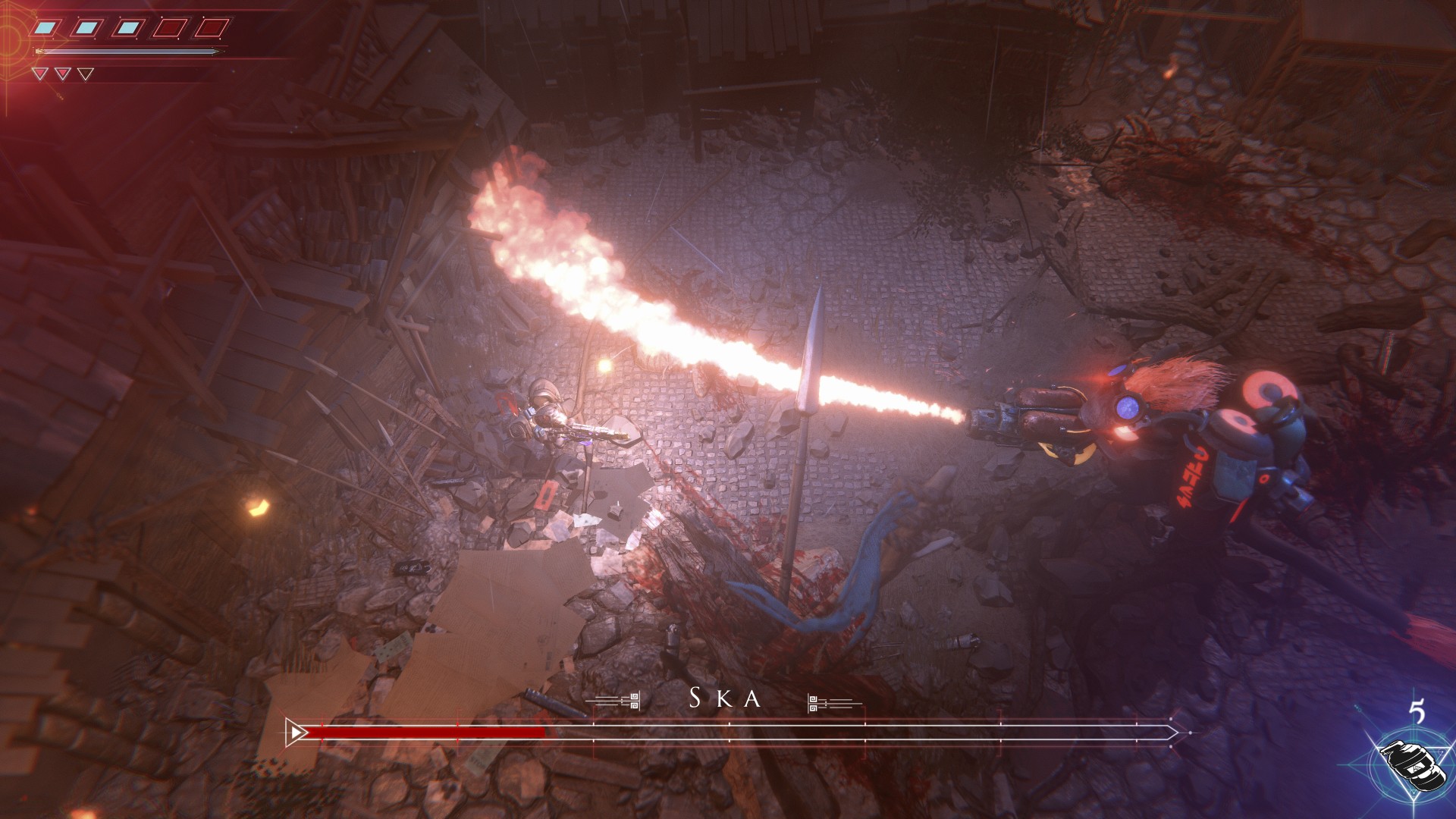 Now, I’m not normally a fan of twin-stick shooters, and I’ll admit I was a little apprehensive of this one, but after a couple of hours playing as the grumpy bipedal Gastropod, I am slowly changing my mind. In saying that, I would most certainly suggest playing this one with a controller of some description, as mouse and keyboard, while perfectly serviceable, don’t offer particularly fluid controls when your camera is locked in a singular position and you have to traverse diagonally. Where mouse and keyboard do seem to excel, however, is during combat, as I found the setup to be a little more accurate at popping off enemies.

It isn’t all about guns and explosions though, as is common for most twin-stick shooters, as Clid the Snail focuses very heavily on character development and the overall story behind the events taking place, as well as offering glimpses into the past as your companion, a chatty firefly name Belu, draws your attention to the surroundings and the mysteries they hold.

Exploring the beautiful world, you’ll start to encounter things that change your perspective on the world around you. Items such as forks being used to prop up old wooden buildings, or icy-pole sticks used as a makeshift bridge to connect one landmass to another. They help to bring your perspective back down to ground level and realise that you are indeed just a snail. Albeit a snail with a very impressive arsenal of high-tech weapons that heavily contrast the more medieval-style buildings. 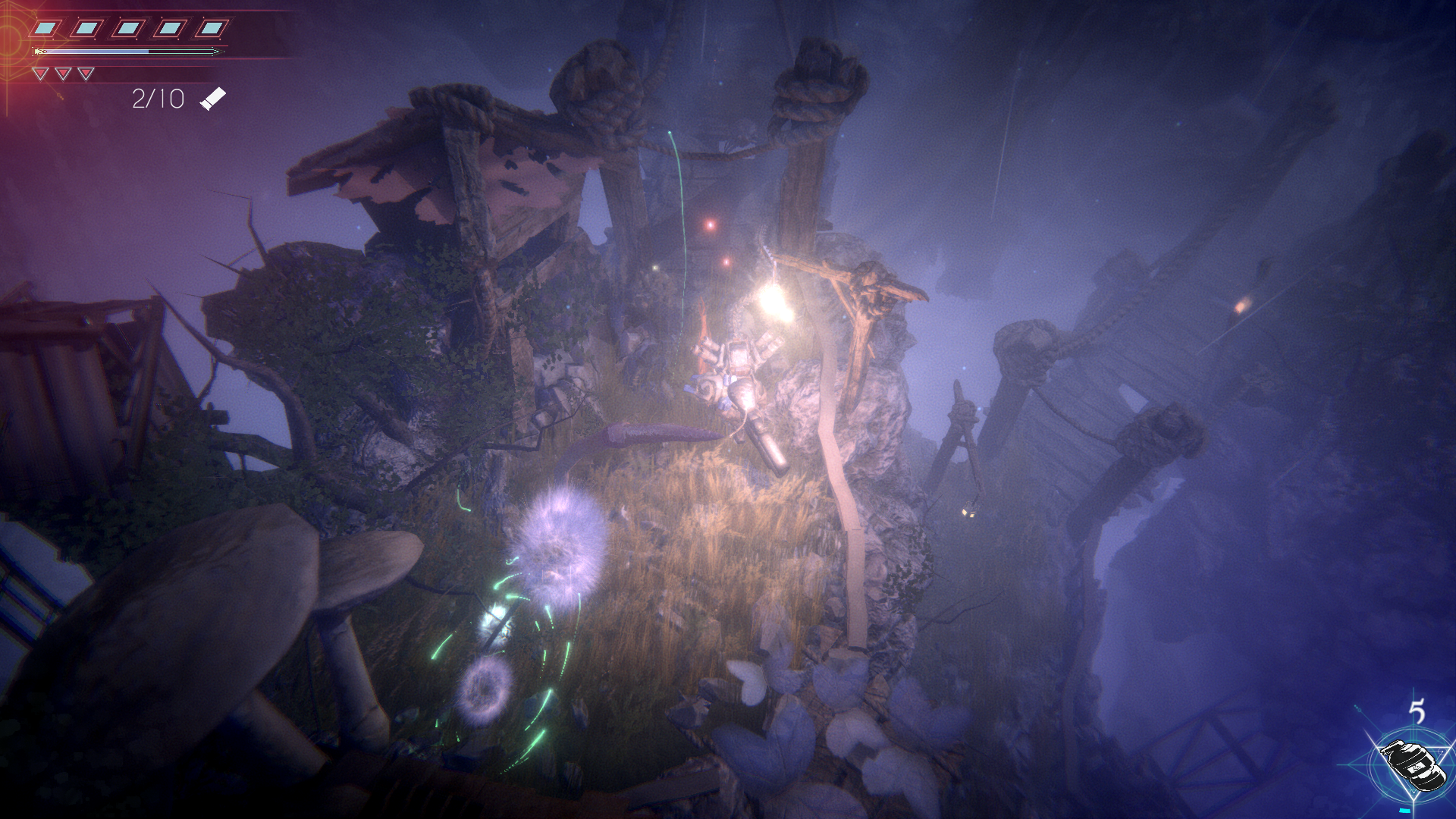 Another shift from the twin-stick standard is the amount of detail used in the environments and character models. Clid the Snail doesn’t use the typically low-resolution worlds that most of us associate the genre with. Instead, the worlds are meticulously detailed, right down to the woodgrain present on the pop sticks that litter the environment, or the cracks in the human skulls half-buried in the ground. It also features a beautifully haunting soundtrack that perfectly emphasises your despair at being outcast from your home and changes to something a little more intense as you blast your way through your enemies.

While we initially played this early preview build on PC, PlayStation owners will be very excited to hear that, once again, they will initially hold the exclusive rights to this game when it is released in Winter 2021, and given that we’re currently in August, they won’t have much longer to wait.

PC on the other hand will have to wait a little longer for this one, as it is expected to drop in the final quarter of the year. Clid the Snail could re-invent the twin-stick genre with its beautiful environments, powerful storytelling, and its hauntingly romantic soundtrack, and those of you who have a PlayStation 4 will be the first to experience it in its entirety very soon. 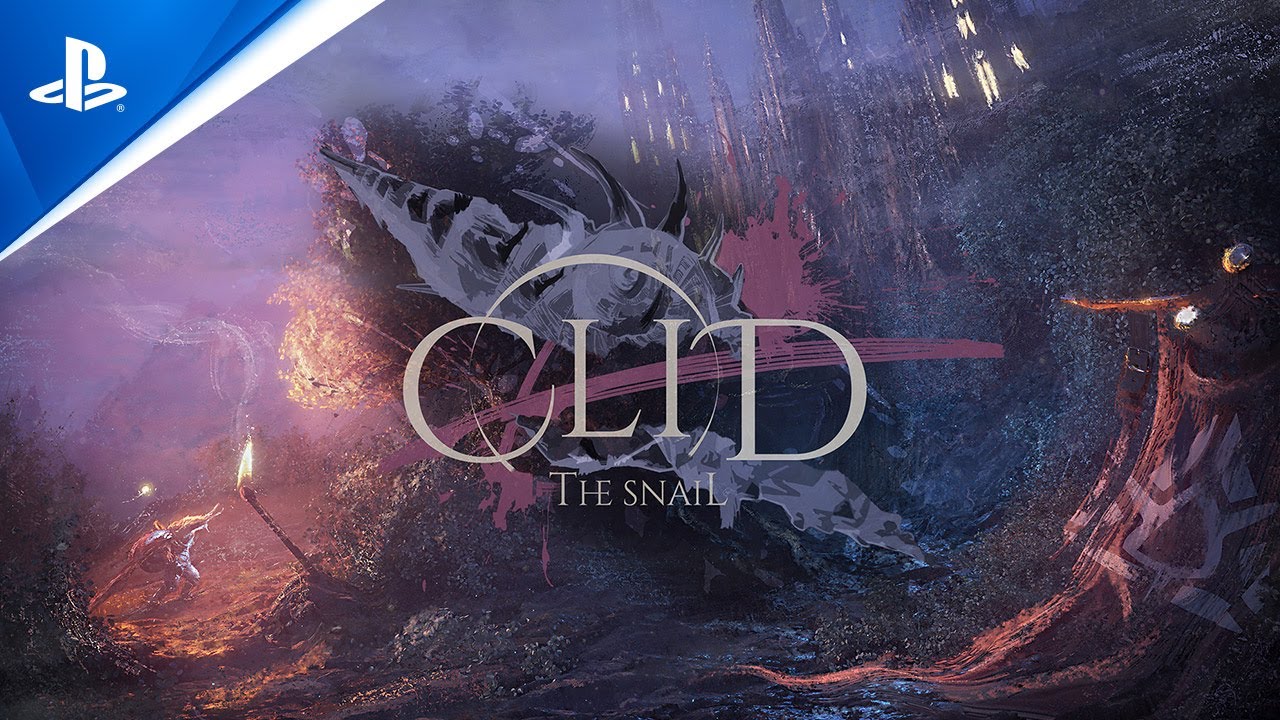 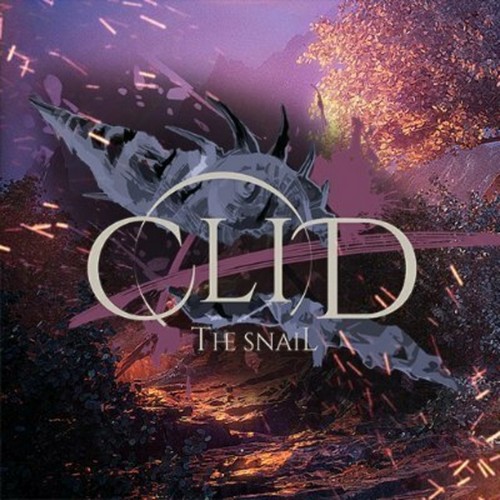 Clid the Snail is a dark fable about a grumpy humanoid snail armed to the radula. Players will take control of the exiled snail and join forces with a peculiar gang of outcasts to get rid of the slug plague that is ravaging their world.