Back in May, I was fortunate enough to be given access to the Close Beta for Code Vein. Unfortunately, I didn’t get to play as much as I would have liked due to other work commitments, and I didn’t really progress as far as I probably should have, but what I did get from the game absolutely blew me away. Alas, I had completely forgotten about it and had my eyes focused on other things, most notably the fact that a good chunk of the team are headed south soon, so it was a pleasant surprise when Code Vein popped into my discord inbox. Had there been many changes since I played back in May? I guess it’s time for round two.

Building your own character, Code Vein has you playing as a Revenant – a human corpse brought back to life after being made host to a parasite. With careful manipulation and monitoring, the corpse eventually rises with new abilities that seem super human… and a thirst for human blood. Brought back to life with the intent of fighting off the unnatural forces that nearly destroyed our world, you must keep your thirst at bay by seeking out the ever diminishing Bloodsprings; a plant that creates beads of pure human blood when exposed to the player’s own. The alternative? The parasite takes complete control, mutating you beyond recognition as you plunge head first into a frenzy of blood. 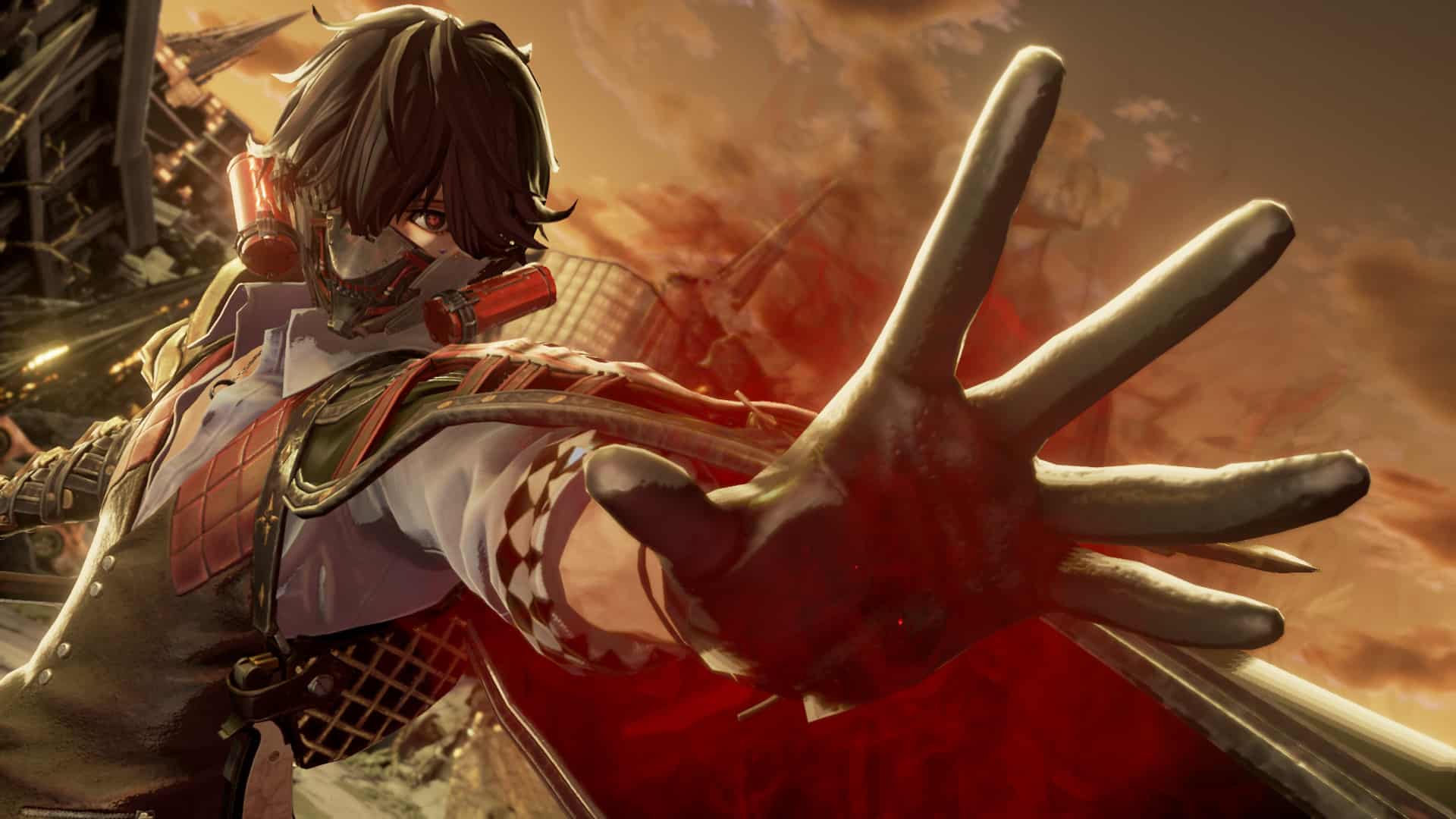 Seemingly inspired by the likes of Dark Souls, Code Vein feels like one of those standard hack and slash games that so many people seem to enjoy. Giant axes that no normal human could wield swing in wide effortless arcs, while small cutlass land a flurry of blows fast enough you could mistake it for a tattoo gun. Combat and movement is very fluid, but forces the player to focus heavily on their stamina as you take on harder opponents; dodging, ducking, swinging and stabbing the enemies until only you remain. Throw in an ability to effortlessly switch your character’s play-style from combat, to ranged, to caster, and you have yourself a very unique game.

Just like Dark Souls, hard hitting bosses stud the map, forcing you to adopt a very defensive play. The first boss alone had me rolling around the battlefield, dodging blows from his gargantuan hammer as my NPC ally slashed viciously with his sword and blasted him from distance with huge fireballs. The controls are nice and easy to handle, but require an amount of finesse with a whole lot of timing to ensure you land that perfect strike; after all, stamina is precious and your ichor is limited. Blowing it all will swiftly have you lying in a pool of your own blood. 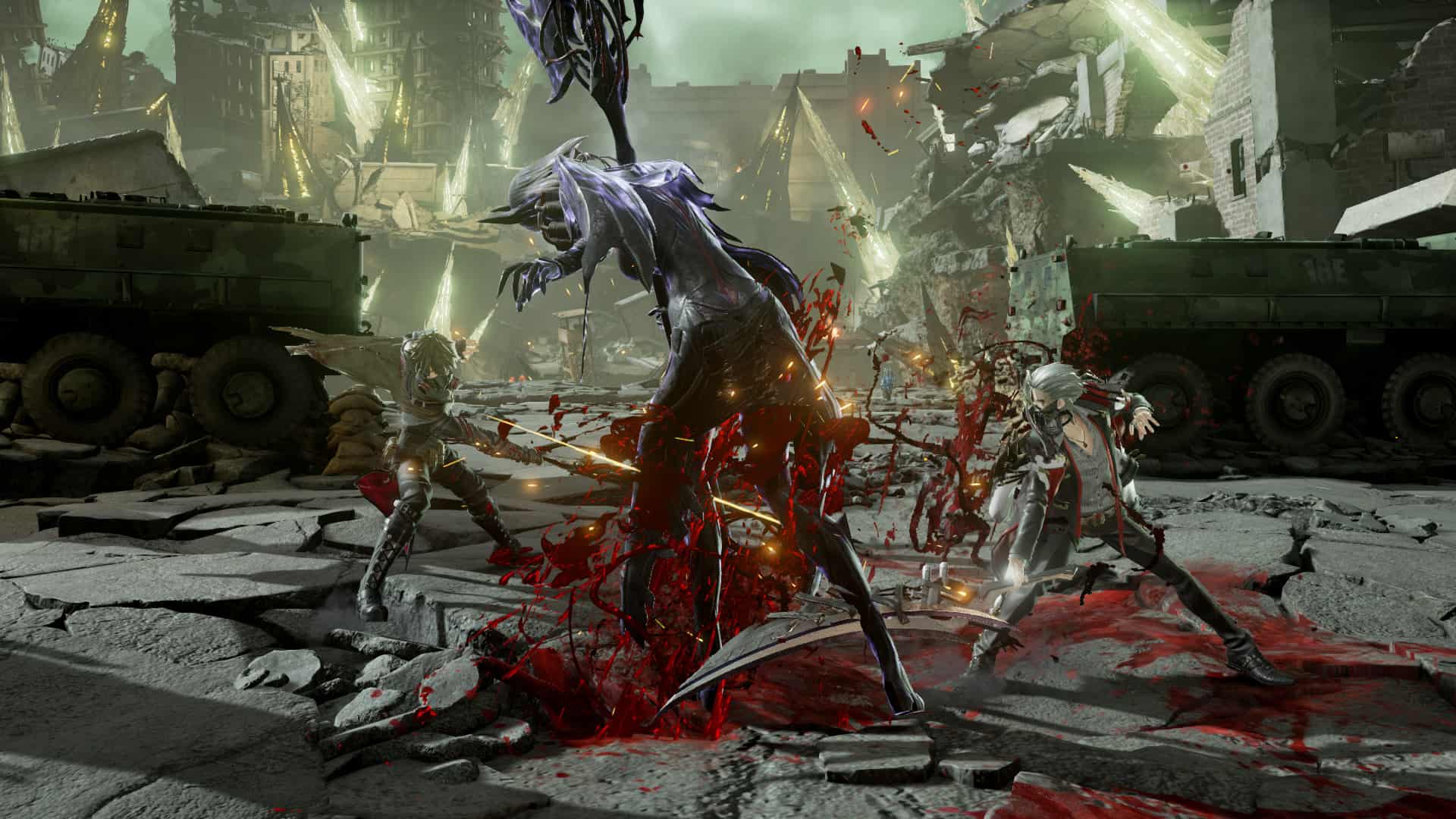 Developed by Shift and Bandai Namco, the art in Code Vein draws inspiration from nearly every corner of the globe. Characters would fit right in to your favorite anime with their flowing hair and sharp facial features, reminiscent of Vampire Knight or Trinity Blood. Vehicles are big and loud, monstrous muscle cars you’d likely see hammering the streets in America, while chunky motorbikes blitz through the ruins. My personal favorite is the architecture, with many of the buildings drawing inspiration from Europe. Gothic style building surrounded by broken stained glass; gorgeous arches supporting a ceiling that could easily be a third or fourth floor and decorated with beautifully carved wooden furniture, grand pianos and grandfather clocks that stand twice your height. I could go on, but you really need to experience it for yourself.

One thing that took me by surprise was the audio. Music for the most part is quite romantic, with orchestral scores during cut-scenes and most of your combat experiences. Then there is the jukebox located at home base. This brightly colored machine stands in stark contrast with the Gothic ruins it is situated, belting out rock anthems when you turn it on. Enemies grunt and groan like monsters while each character has their own unique voice, with males having deep masculine voices you’d come to expect from most anime, and females sounding sweet and innocent. 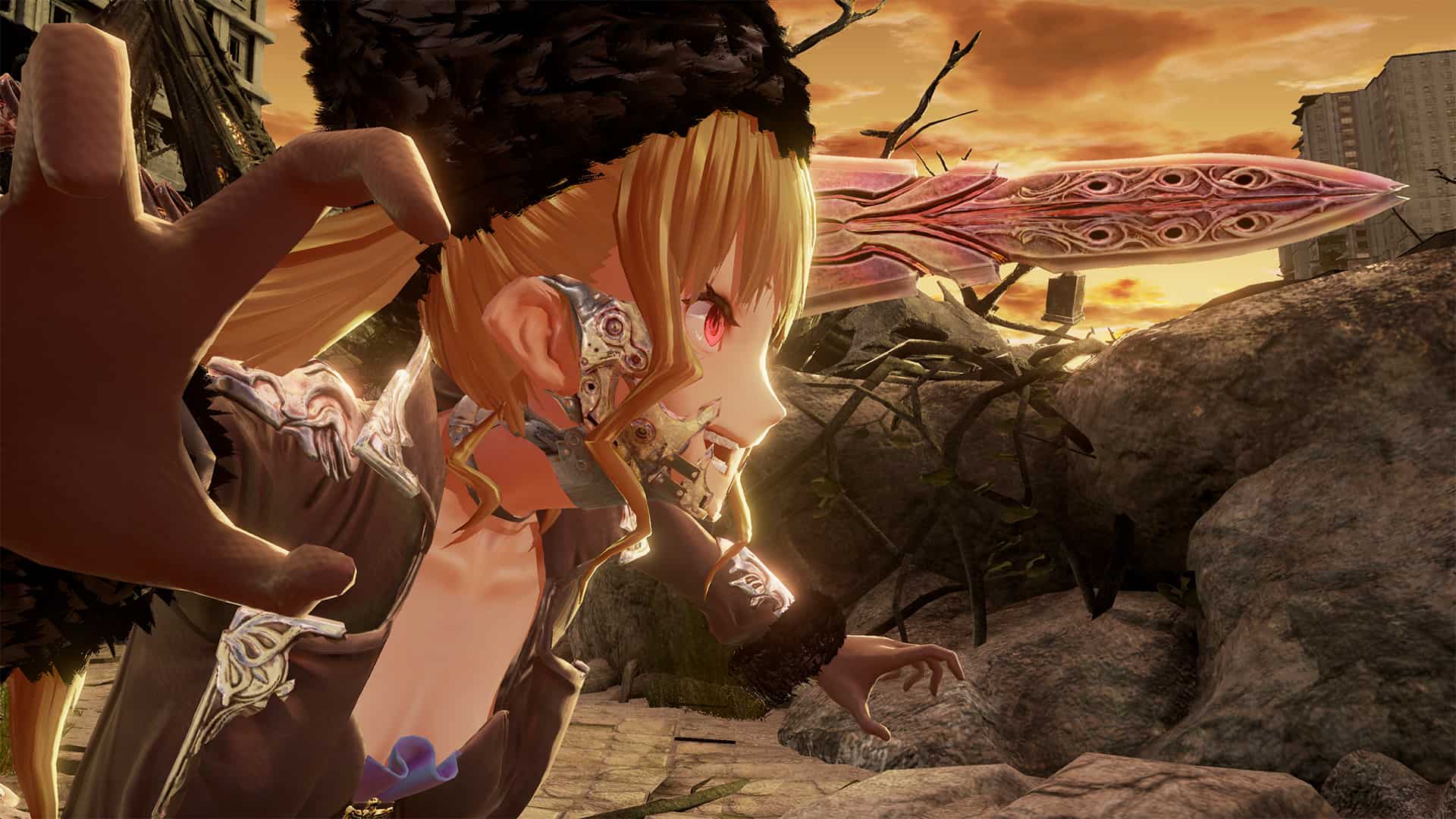 My surprise comes in the form of my own character. Given you have a choice of voices when you first create yourself, I am yet to hear my character say anything as during cut-scenes he stands there, staring at whoever is addressing him while nodding, shaking his head or shrugging. It was a little off putting.

While I’m normally not the type to enjoy hack and slash games, the more involved RPG aspects of Code Vein have captured my attention. Beautiful art styles and immersive environments, passionate musical scores and a compelling story, Code Vein has it all. It’s not too often I find myself wanting to continue with a game once it’s been reviewed as we’re generally on to the next almost immediately, but I think I’ll stick with this one. Swift and Bandai Namco – You have my Kudos. 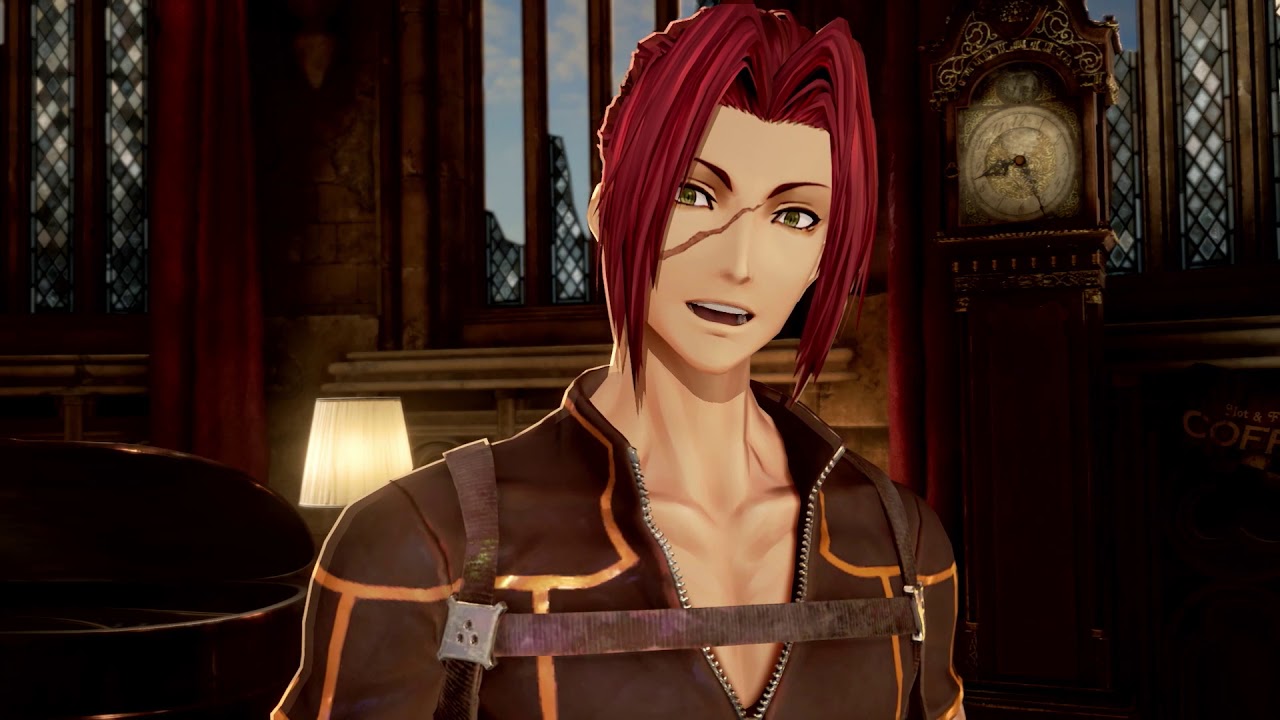 Code Vein is an upcoming action role-playing video game developed and published by Bandai Namco Entertainment for PlayStation 4, Xbox One and Microsoft Windows. It is set in a post-apocalyptic dystopian setting with vampire themes, including "gifts" from the consumption of blood, and other supernatural abilities.