People who feel isolated or lonely will quite often turn to creative media for an outlet, a way to express themselves. Whether it be drawing, painting, music, writing or something else, we all have our own way of coping. For me, it was creative writing and painting toy soldiers. Unfortunately, as happens when you’re a bit younger and being artistic isn’t the cool thing to do, I was mocked by the kids my age. While watching the opening sequence to Concrete Genie, by Pixelopus, I felt that familiar stab of hatred as our main character’s sketchbook was torn apart and cast to the winds.

Announced by Sony back in 2017, Concrete Genie follows Ash as he attempts to bring color back to his hometown of Denska. Ash fondly remembers how full of life this old town was before it fell into disrepair, all but abandoned by its former inhabitants. 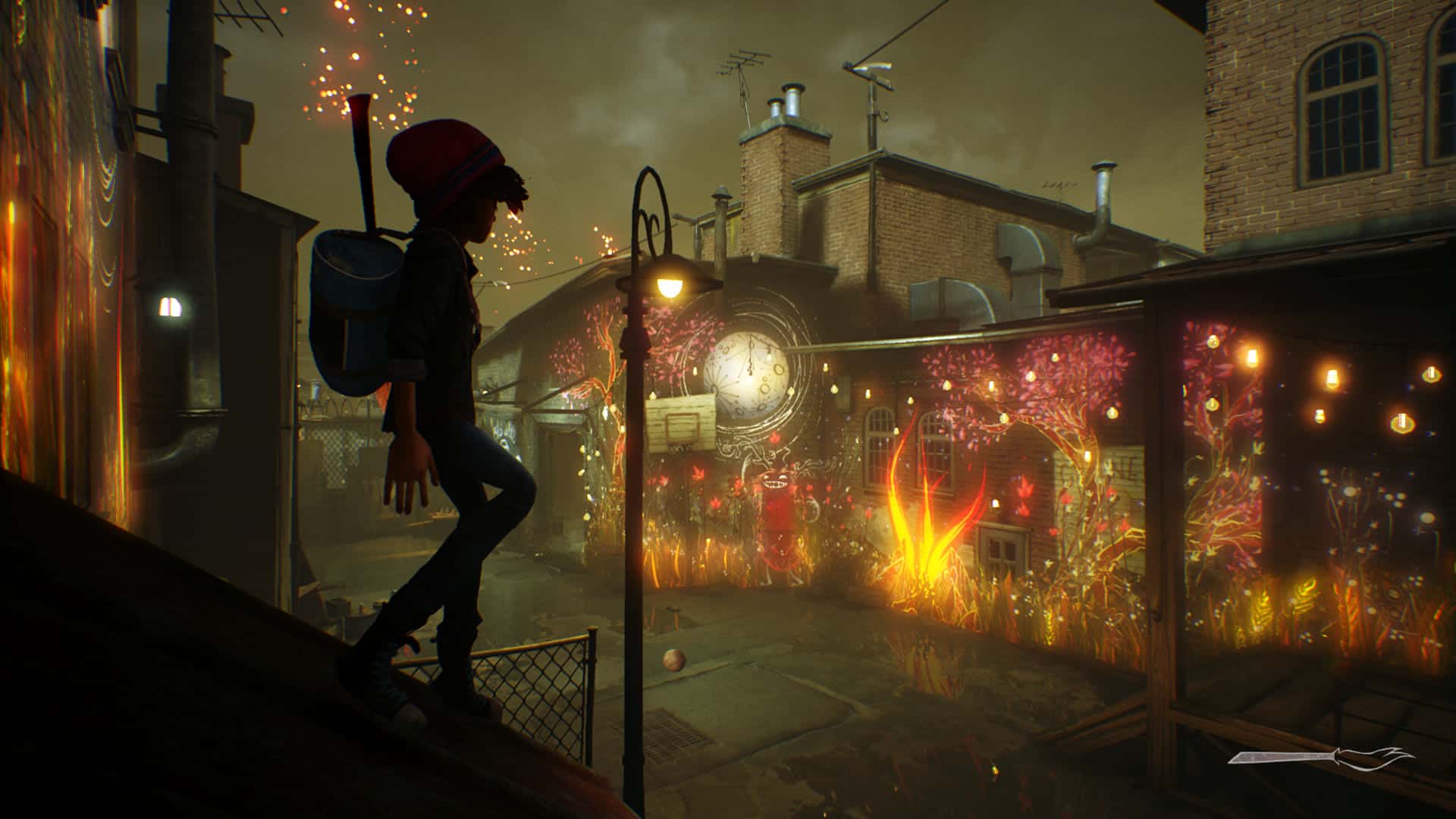 After having his sketchbook torn apart, Ash is shoved into a tram and sent to a disused lighthouse where some of his pages have managed to come to rest. Proceeding to try and catch one of the pages, a world of color and imagination comes to life as his art comes to life. With the assistance of a seemingly magical paintbrush, Ash needs to bring color and life back to Denska.

Describing the control style of Concrete Genie is a little difficult. The bulk of the game has you using the motion function on your controller, as you scroll through different brushes before waving the controller to create your masterpiece. Moving between surfaces works in a similar way to games like Spyro, as you run around the world jumping over obstacles, or climbing walls in a similar way to Assassin’s Creed to escape your land-bound bullies.

The story mode of Concrete Genie switches from a very simple to a somewhat cumbersome control style with a simple press of a button. Painting in this manner was not particularly easy to do and would be much more suited to using PlayStation’s Motion controllers. 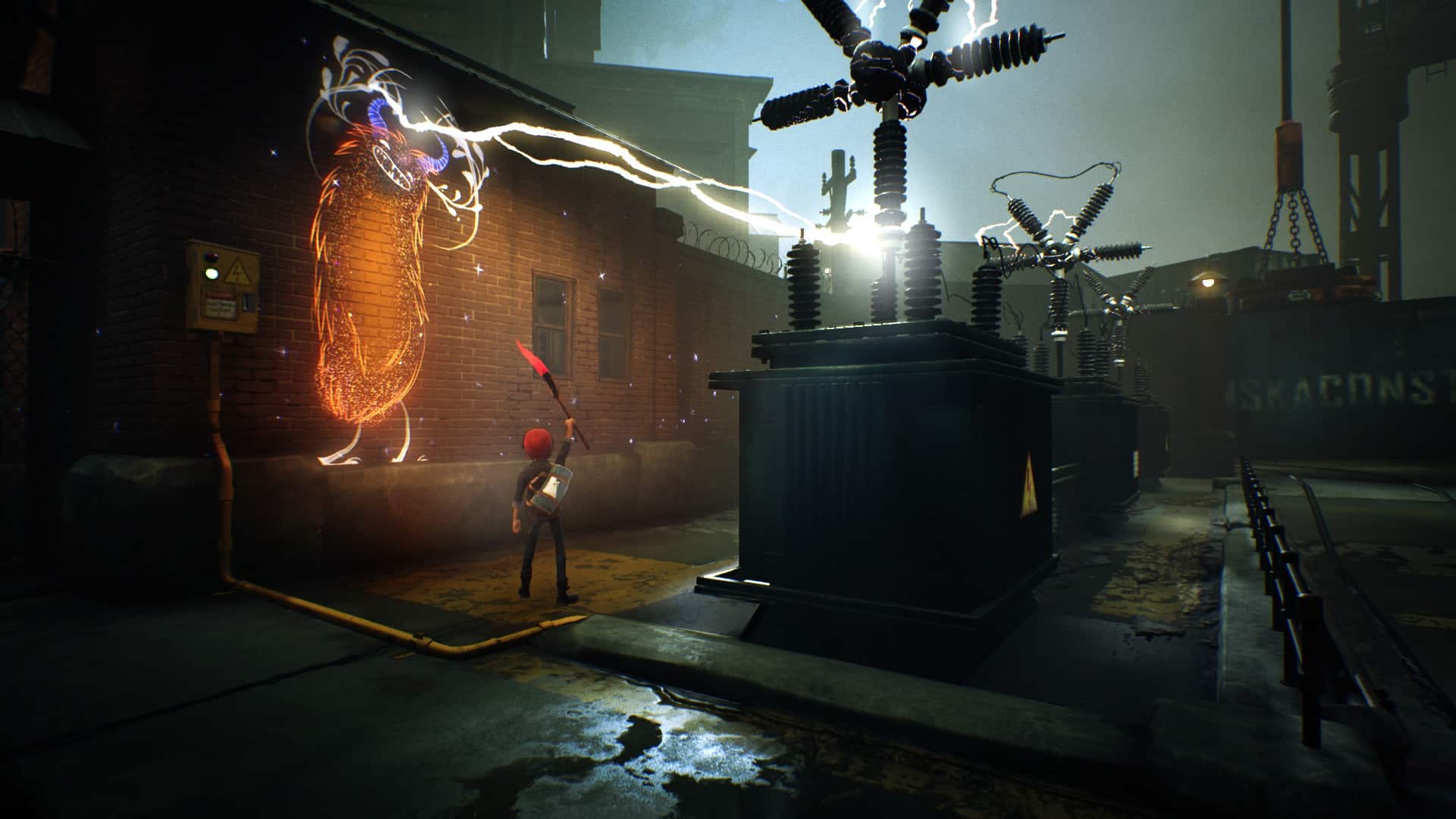 On that note, Concrete Genie does support a VR system, but not for the story mode. Aptly named the VR Experience, you will require a full VR kit, complete with camera and two motion controllers. Featuring two modes, VR Experience will start you off with a blank slate where you are free to let your artistic side loose.

Guided by Splotch, you’ll need to complete a couple of small objectives before you gain access VR Free Paint Mode, where you are teleported into your own masterpiece and given free rein to explore and paint to your heart’s content, your creations brought to life in a beautifully colored world. Painting in this way was so much better than using the standard controller, but unfortunately only accounts for a small portion of the game that doesn’t contribute to the story.

Every wall in your small town can be painted on, and players will be given complete control over how they complete their story, with no two worlds looking the same. Concrete Genie gains its name from the living art players create in Denska. Living creatures painted on the walls of town that the player will need to look after like virtual pets as they bring color back to the world. 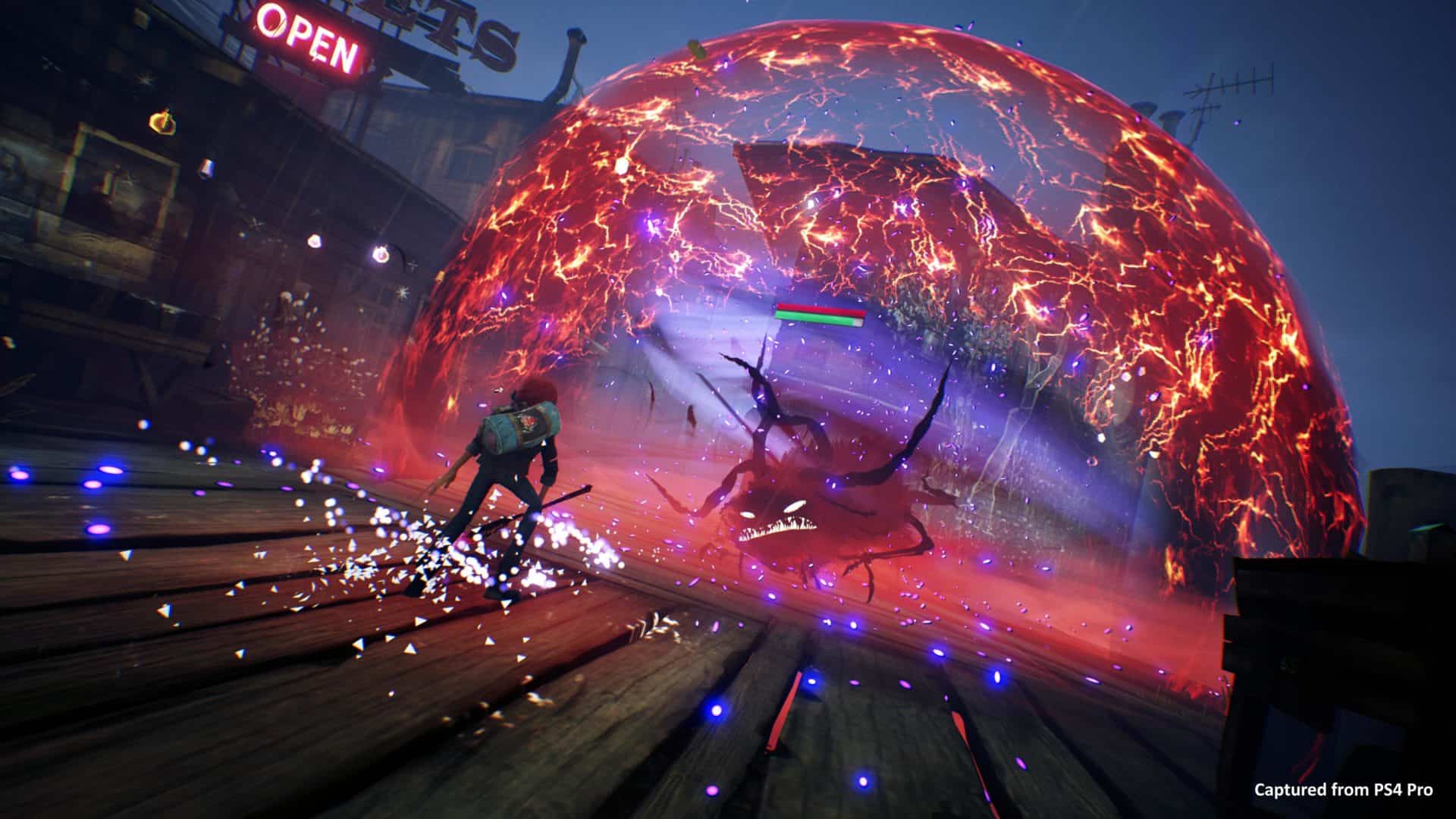 Players will need to unlock new brushes to make sure they can properly care for their genie. As you run through the dark and colorless world, pages from Ash’s sketchbook will flit around begging for you to collect them. Some pages will unlock purely decorative items, while others will unlock things required to care for your genie, who in turn will help you spread more color.

While it isn’t a particularly exciting game, Concrete Genie allows you to truly express yourself. Everything from your Genie to the walls of your town can be created the way you want them. Your art comes to life in spectacular ways as your Genie interacts with various things you’ve painted and helps guide you in your artistic endeavors.

As beautiful as it is, Concrete Genie is a very niche game. With a somewhat cumbersome controller set up it isn’t the easiest to master. It’d take quite a bit of time and dedication to perfect your skills, but you must run before you can walk. It is just a shame that the VR system isn’t implemented into the entirety of the game. 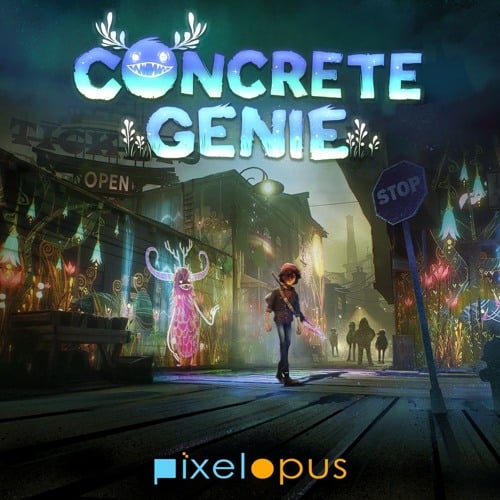 Concrete Genie is an action-adventure title about a boy called Ash who discovers he can bring his paintings to life and sets off on an epic quest to rescue his town from darkness.