By SmuglinRaisins on October 9, 2020 on Reviews, 5 More
close [x]
Tweet
No Comments

It’s all in the title for this one! Welcome to the next chapter of the legendary Crash Bandicoot series – Crash Bandicoot 4: It’s About Time, and can I just say, it’s about time we got this! It’s the latest in a long series and a return to the platformer we all know and love. Developed by Toys For Bob and published by Activision, Crash bandicoot 4: It’s About Time is a triumphant return for the series.

The story starts out with, you guessed it, Neo Cortex and Dr N. Tropy escaping from their space prison, thus creating a rift and bringing them back to the Bandicoot Universe with the one thing on their mind being the total control over every dimension. Once again our trusty heroes Crash and Coco are charged with bringing them down and stopping their reign of terror. Your journey begins on N. Sanity Island, and this is where you will learn the basics of the game. The mechanics are still as simple as they have always been and you will pick them up in no time.

Jumping on, belly flopping on and spinning at crates will reveal the goodness inside, Wumpa fruit. Wumpa fruit are common throughout all Crash Bandicoot games and this is no different. Collecting 100 grants Crash an extra life and collecting them all in each level gets you clear gems. Clear gems are awarded for a variety of different tasks completed in a level, whether it be collecting Wumpas or destroying all of the crates, finishing it with fewer than 3 lives lost, or finding the hidden gem in each level. The clear gems gained through the dimensions unlock some sweet outfits that you can deck out Crash and Coco with. Speaking of outfits, with the digital copy of the game you will get the ‘totally tubular’ skins for Crash and Coco. 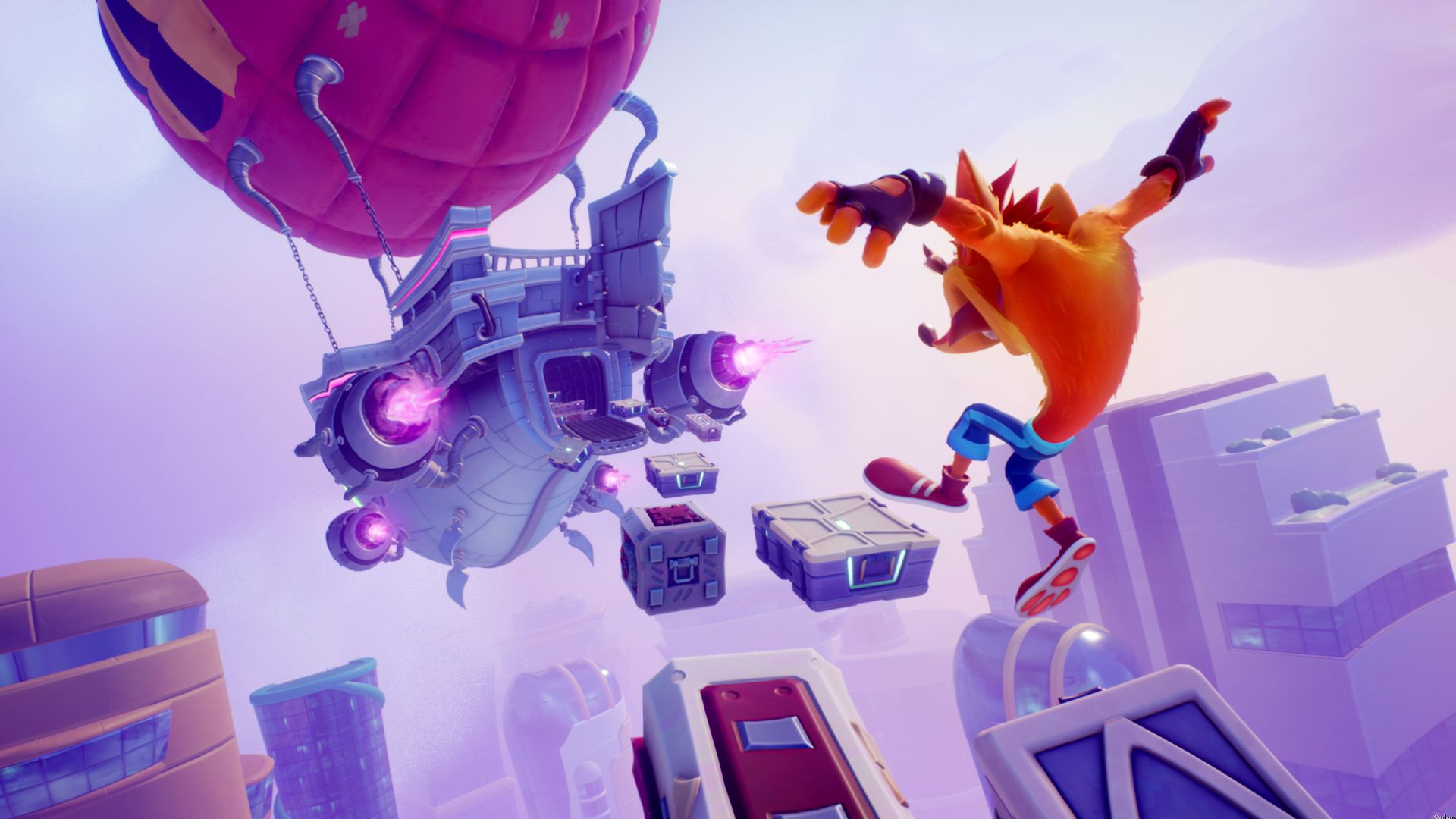 Crash Bandicoot 4: It’s About Time has an array of dimensions and inside each one the levels vary from the last. I’ll give you a quick rundown of the new and interesting features of the latest title. Throughout the game you’ll uncover and need the help of the 4 quantum masks. They will give you different powers to conquer levels and make the game far more interesting. These abilities include: Slow time, phasing objects, ultra-spin, and gravity control. They aren’t hidden powers, but as you progress you’ll come across them in pretty straight forward ways.

There’s also 5 playable characters at different points through the game. Obviously there is Crash and Coco, but then we have Tawna, Dingodile and Neo Cortex. Tawna has a grappling hook that will allow you to reach platforms that are just out of reach for anyone else. Dingodile possesses the vacuum skill, giving him the ability to suck up TNT crates and launch them at enemies blocking his path. Neo Cortex uses the all too familiar ray gun to turn enemies into platforms, allowing you to complete the levels with far more ease. The introduction of these new playable characters gives a great new feel to a crisply made game and keeps it fresh for those locked in to 100% completion, as well as those just wanting a change.

On other changes, the game gives you 2 options for play; retro and modern. Modern gives you infinite lives, so for those of us that just want to be able to finish the game without having to restart levels, this is the go to for you. Retro gives you a set amount of lives like Crash of old, and once they’re up it’s time to start the level over. 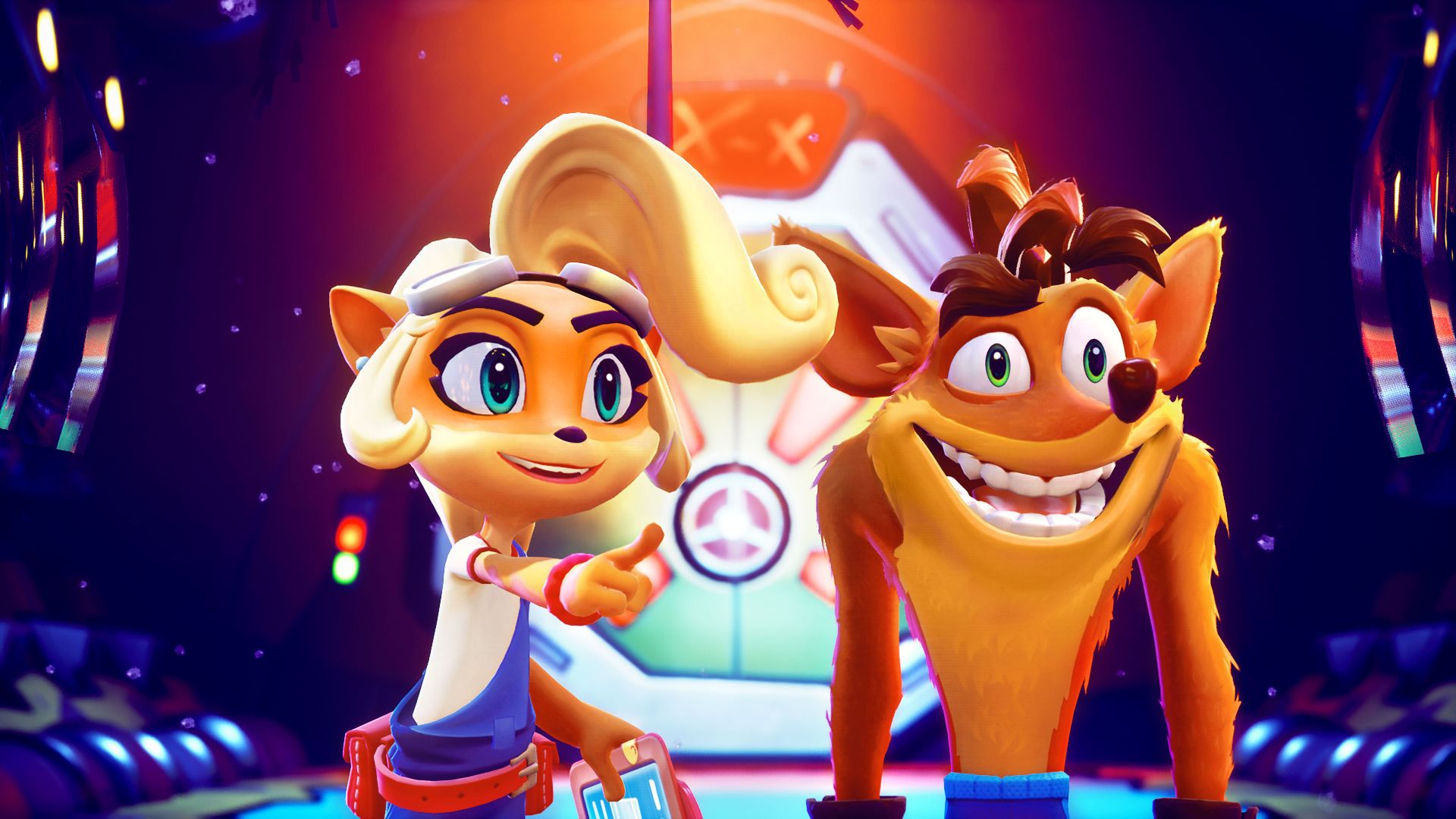 The level designs are so full to the brim with things going on that you might miss the details if you’re focused solely on making that annoying jump, but when you can take a breather and admire it, the amount of detail that’s gone into each level is astounding. Every aspect feels like it’s been meticulously put together. Levels are individually unique, even inside the dimension you’re currently in. The colours burst out of the screen just like Crash’s attitude and the enemies are how enemies should be.

Scary to look at and easy to kill. Everything just flows and meshes so well with each other that playing levels over and over you’re always bound to find something new you haven’t seen before. That’s the beauty in such a well put together game. The music used for this title accentuates what you see on your screen, with the upbeat map music just making you want to jig, or the music playing when you’re being chased down a path begs you to run faster, and I think that they’ve truly hit the mark with it.

In all, Toys For Bob have done a spectacular job at bringing what was an amazing childhood game of mine into the new ages of games with Crash Bandicoot 4: It’s About Time. Not many platformers will pull you in quite like this. There’s very little, if anything, I can find to fault this game and that’s a testament to them. An epically put together game for newcomers and people wanting that nostalgic touch, Crash Bandicoot 4: It’s About Time is right up your alley. 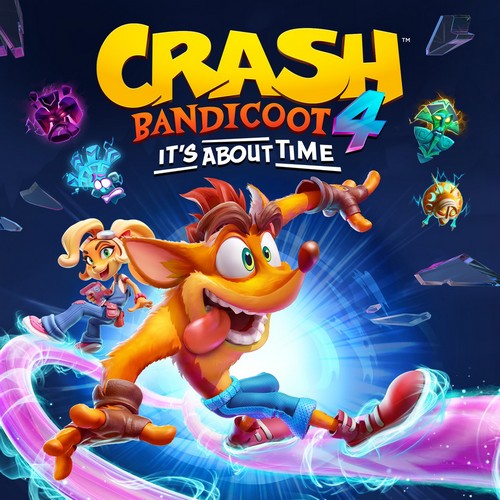 Published by: Activision Publishing
Developed by: Toys For Bob

Crash fourward into a brand-wumping new adventure with your favourite marsupials. Play Crash Bandicoot™ 4: It’s About Time and save the day with Crash and Coco in the next chapter of the Crash Bandicoot™ series. Unlock new abilities, explore new worlds, fight ridonkulous bosses and more.