In my entire gaming history, I never thought I would have to explain to someone else how to manipulate time with a talking frog. Now I have piqued your interest, let me tell you more about the new age JRPG that has captivated my heart. Cris Tails, published by Modus Games, was developed by Dreams Uncorparated and Sync through several years of hard work and determination. It was designed as a love letter to the juggernauts of the genre such as Final Fantasy and Chrono Trigger, but with a more modern touch.

One of the most difficult elements to tackle in storytelling in any form is time travel or manipulation. The problem is that it can raise so many loopholes or questions that can derail the entire storyline. I applaud Cris Tales for establishing a stern set of rules to follow, both in combat and in real-world situations. Our protagonist, Crisbell, is imbued with the power to look into the past and future with the help of her companion Matias, the talking frog I mentioned earlier. After your home of Narim is attacked, your first taste of controlling time helps you survive the onslaught and sets you on your journey to take down the Time Empress.

It was a spectacle to see all three phases of existence being displayed in real-time with the past, present, and future being segmented on screen. Being able to render three timelines simultaneously without any frame rate drops or substantial loads times is commendable, to say the least. While walking around town you can see the past on the left and the future on the right. The more work you put into completing side quests and helping the locals, the more you can influence the future and see immediate results. The world-building is one of the strongest elements of Cris Tales and a substantial component to what kept me invested. 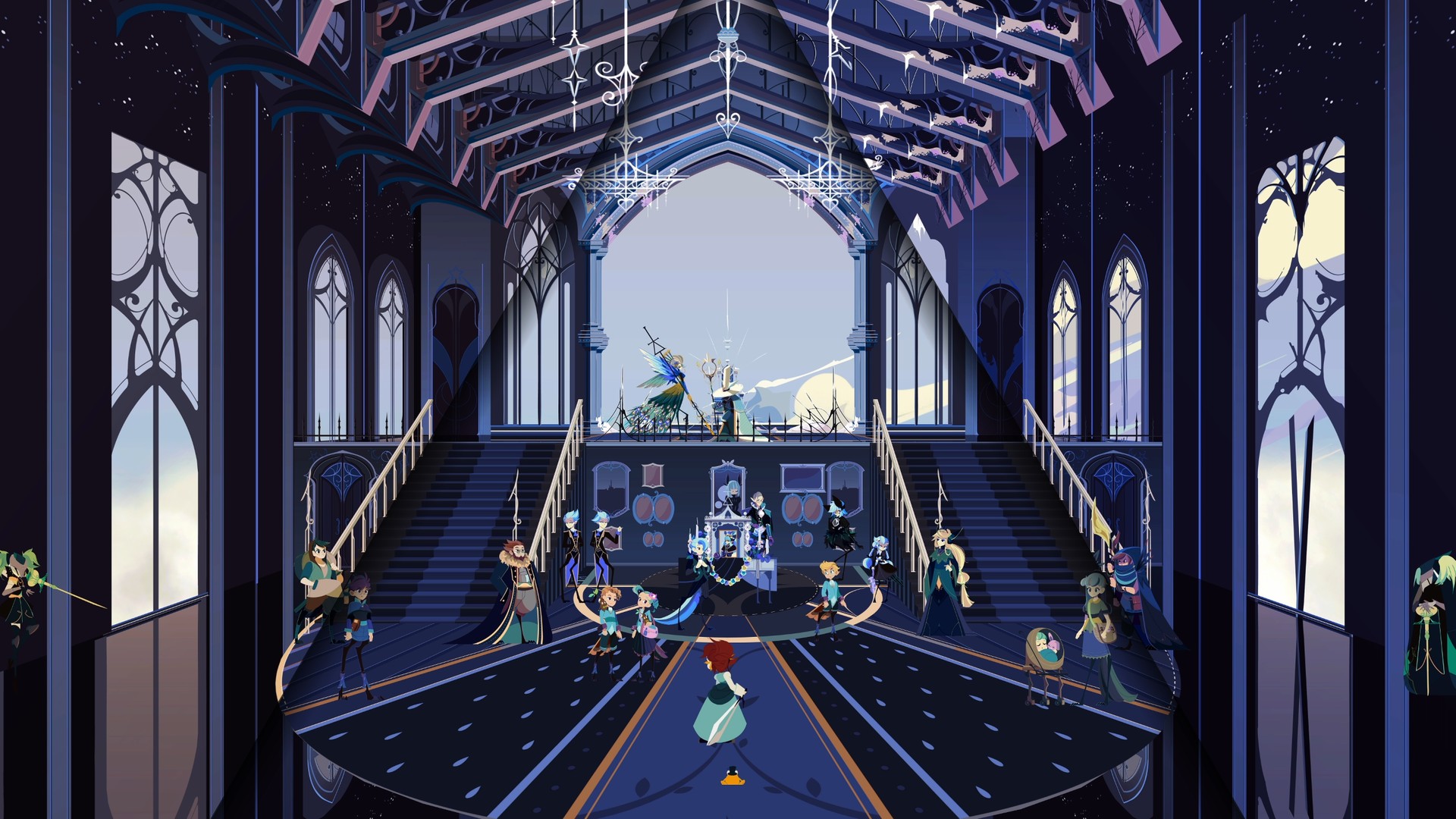 The protagonist Crisbell was always optimistic and headstrong about helping whenever she could, and depending on your choice would display genuine remorse. Your party will grow and change through the campaign with each member bringing their own personality and issues to the table. Every single character is fully voiced with charming and thoughtful dialogue, no matter how insignificant the character is to the story.

The most striking element of Cris Tales is the extraordinary art design and direction. This entire game is one magical set piece after another. Both gameplay and cutscenes play out like a pop-up picture book with varying levels of detail. Wandering around the forest has a certain depth of field with layers of colourful backdrops that are presented like a handcrafted shadowbox artwork. It makes the world feel larger than the active playing field, streamlining the experience of exploration without the player feeling overwhelmed. Each city naturally has its own theme, and thankfully, each theme is woven into the storytelling in a way that flows and feels deliberately designed rather than added in for the sake of a different setting.

Being able to control time sounds like it would be overpowered in combat, but it is only a small fraction of your potential. Each fight is a turn-based scenario that can be a puzzle in itself, at least until you learn the rules of engagement. Enemies will either stand on the left or right of your party, and that will dictate if you can send them into the past or future as well. Each enemy has three variations, some weaker than other iterations of themselves and until you unlock the ability to scan, which records their strength and weaknesses, it is a guessing game on which combination will work. For example, a wolf can be thrown into the past to a younger and weaker version but his speed is increased, yet if you send a slime into the past it grows stronger as that it’s their prime form and the older it gets the smaller it becomes. 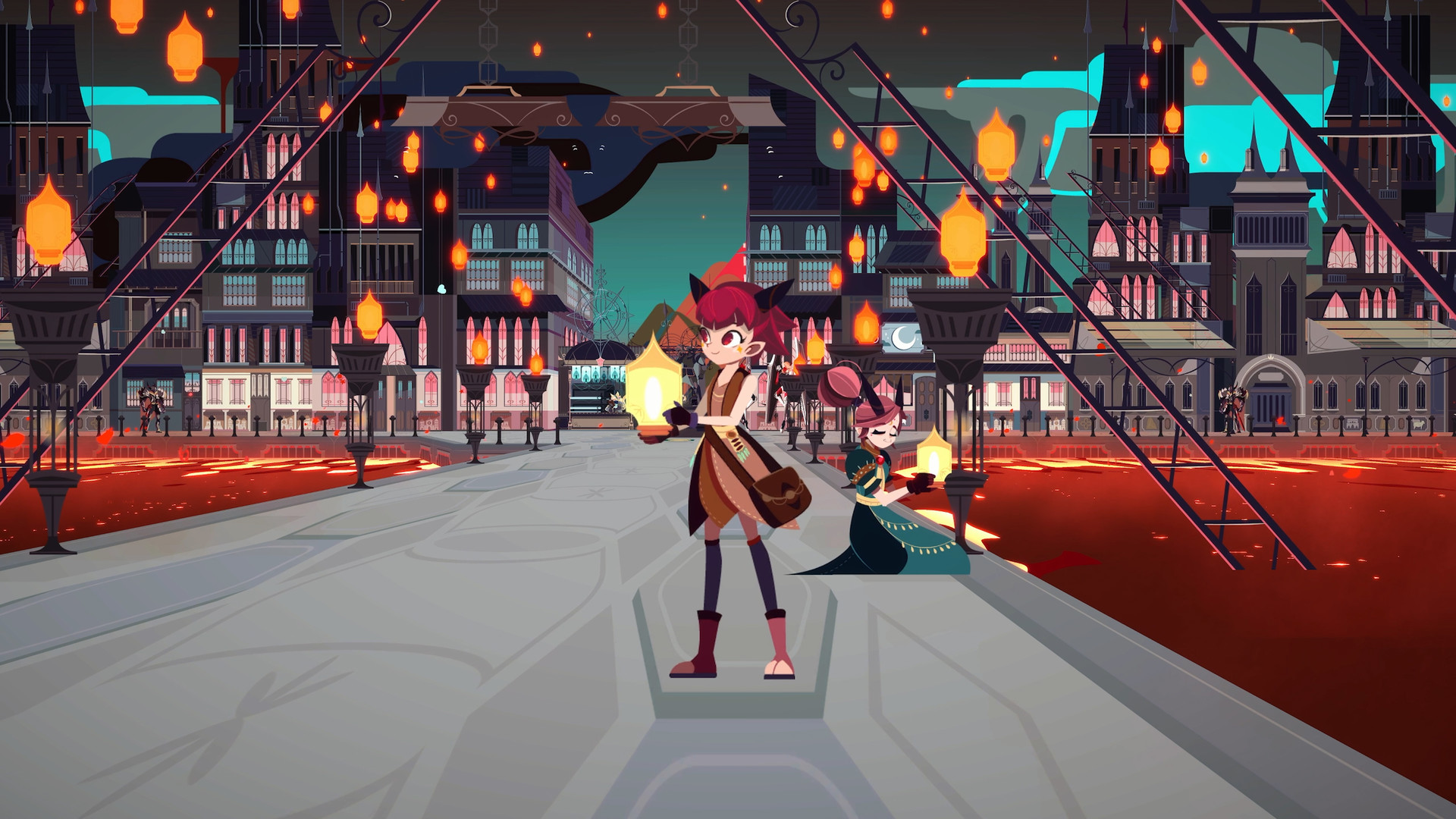 On top of the time factor, you also have multiple elements either through magic or weapon attacks that can inflict burns, poison, or even prime them with a water attack to double down on an electric attack. It’s an engaging system but some of the later fights are a real battle of attrition which can get you stuck in a stun, prime, heal and then attack loop which can leave you mentally exhausted for longer play sessions.

The music side of things can help keep you focused, and generally, it’s a pleasant ambient addition to the in-game conversations or exploration, but every fight has the exact same music track which can start to wear a little thin after a particularly gruelling boss fight. A little variety would have been nice, but classic games in the genre are known for their iconic fight music and victory screens, so in a way, it was a nice homage to a simpler time.

While not without some flaws, such as having to backtrack through the same area multiple times, a chore that might have been less painful if we had a map to reference in either the city or the overworld, Cris Tales has made a definitive impact on my memory with its outstanding visuals and elegant use of time manipulation. A must-play for any fan of the JRPG genre, and an excellent entry point for anyone looking to break into the genre. 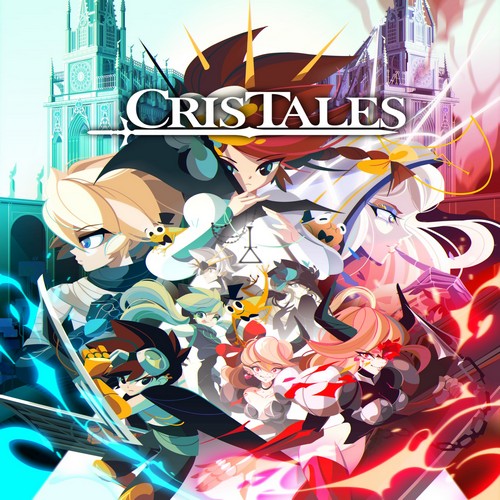 Cris Tales is a gorgeous, indie love letter to classic JRPGs with a new perspective. Peer into the past, act in the present, and watch as your choices dynamically change the future -- all on one screen as you play