It’s time to go on one epic adventure into CrossCode! Brought to Xbox by developer Radical Fish Games and published by DECK13 Spotlight, this title follows in the style of beautiful RPG games of old. CrossCode delivers an experience that will keep you invested for hours on end.

Our story begins with Lea, an avatar lost and confused in the real world with no recollection of who she is and who can’t speak. Yeah that’s right, a mute hero. At the beginning you basically only know the word ‘Hi’, making for interesting conversation between player and any NPC. Waking up on a cargo ship, she must find her way through CrossWorlds (the in-game game) to discover who she really is. An engaging concept of being a player in a game, inside a game, had me hooked from the word go. The lines get blurred between both the CrossWorlds and the real world which I think gives what should be a straight forward game more complexity layers.

Learning the basics of combat in CrossCode is done in a slightly staggered pattern so you can get a grip of one before rolling onto the next. In the end, how you apply it is up to you. As you level up in game, you’ll get circuit points to spend on upgrades inside the skill tree, effectively a circuit system. This allows you to maximise your potential in your preferred combat style, be it more head on with melee attacks or ranged ball throwing skills, as well as upgrading your defensive and health sides too. Combat inside CrossWorlds is also left up to choice; apart from boss battles obviously, as the majority of enemies remain passive until you engage them. When you do engage them, you’ll need to be ready to dodge, sprint, attack and defend from all angles. With each fight you take on there is a ranking system associated with it, so keep your combos rolling and get that rank up to get more experience and better items. 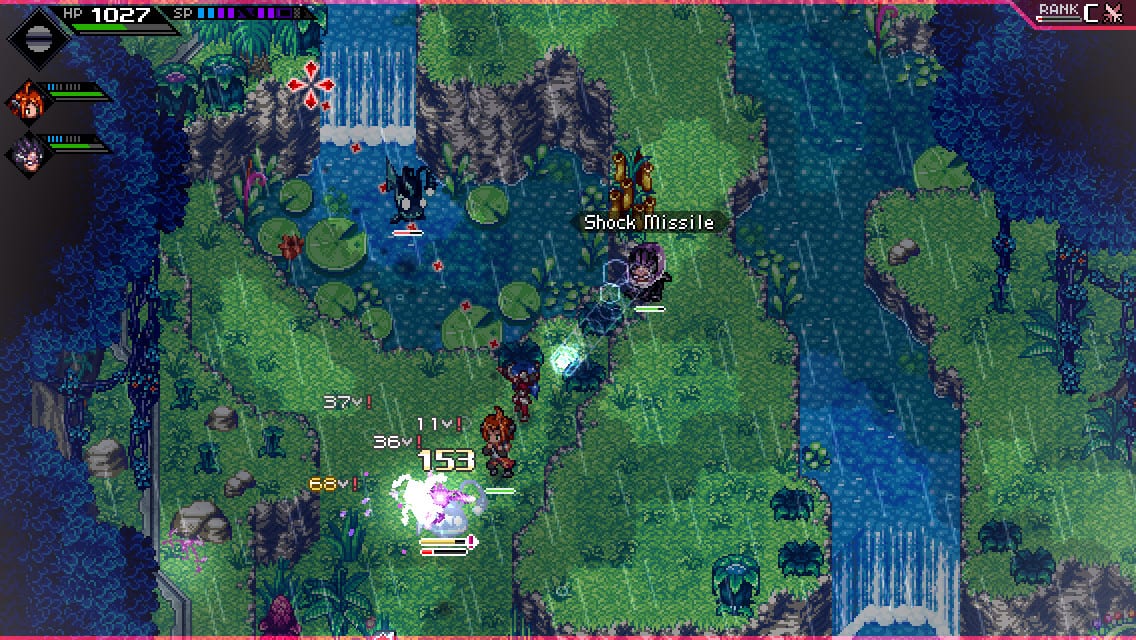 Throughout the game, there are NPCs that will offer quests, of course for experience and items. While not overtly difficult, they require some thinking on your behalf as most are puzzle based. A feature I really love about CrossCode is the passive nature of enemies because there’s nothing more annoying than trying to complete a puzzle with enemies pounding you nonstop! Jumping puzzles and ball throwing puzzles are the main here, requiring some backtracking to achieve results to certain quests.

Ball throwing puzzles require you to use your skills to reach switches and buttons to drop walls and open sections you can’t get to otherwise. Jumping puzzles are at their core, exactly that. Through trial and error, jumping from platform to platform, you’ll eventually find your way to the necessary destination.

Finding items through quests, battle and destruction in CrossWorlds will allow you to craft better equipment for Lea. With markets and stands all across CrossWorlds, you’re never too far away from getting new gear. Level requirements for new gear means you might have to grind out a bit sometimes but in no way does it overtake the game. Play at your own pace and you will still achieve what needs to be done. 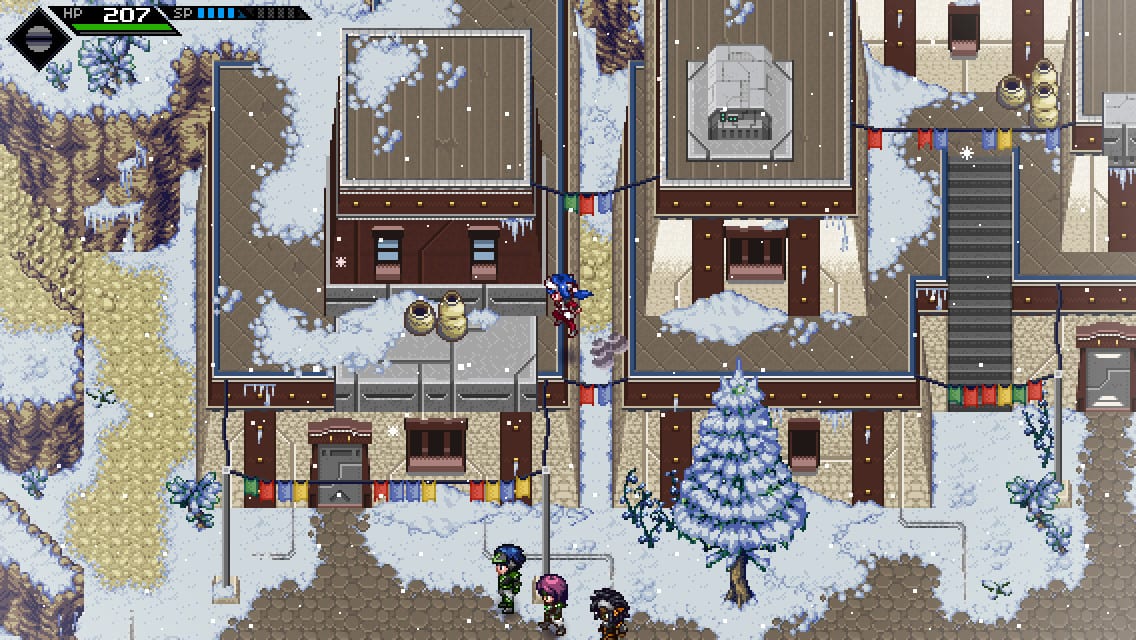 While simple, the graphics give you that games of old feel so many of us have grown up with. Level design is done in a way that will have you coming back to areas just to work out how to get to a certain spot without feeling tiresome or unnecessary. The constant flow of in-game players flashing in and out of areas is a nice touch to keep the feel of the CrossWorlds throughout. The colours are also very reflective of the seasons.

Autumn with its strong oranges and browns to Winter’s whites and soft blues, CrossCode has it all. No area I have come across in-game has been overly busy or lacking in depth which is a true testament to Radical Fish Games for finding such a great balance. The soundtrack for CrossCode is as diverse as you’d expect. Ranging from soft, somewhat peaceful music to accompany you on your adventures, to intense heart pounding music needed for the big boss battles.

All in all, Radical Fish Games has done a spectacular job with CrossCode. Making what could have been just another RPG into something much more. For RPG fans, this is a game that makes you constantly think, pick your battles and envelop you in the story which for me makes it an absolute must have. CrossCode has me locked in with so much to do I already know there’s a lot more hours for me to put into it and I’m looking forward to finding out more about Lea as I continue on the journey. 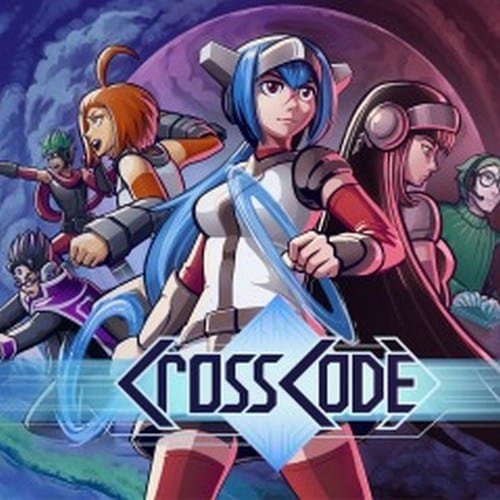