I think it’s safe to say that at one point or another, we have all wanted to take home half the arcade after blowing an absurd number of coins while on a sugar-fueled rampage. In saying that, it is actually entirely possible to buy full arcade cabinets but if that is a little out of the budget, try the next best thing.

‘Cruis’n Blast’ is an arcade game port to the Nintendo Switch by Raw Thrills, and published by GameMill Entertainment. It is an explosion of over the top, yet entirely necessary chaos on the race track, with some couch co-op but sadly no online option.

One of the biggest staples of Nintendo history is to have a bunch of friends throw down in Mario Kart for a bit of mayhem. Since there hasn’t been a new Mario Kart in a concerning amount of time, the window of opportunity to fill the void has never been better. To clarify, Cruis’n Blast is a point-to-point racing sim with destructive and ever-evolving maps, with high octane action from start to finish. It is far from a realistic racing sim hence the reference to Mario Kart. It is just having some plain old wacky fun. 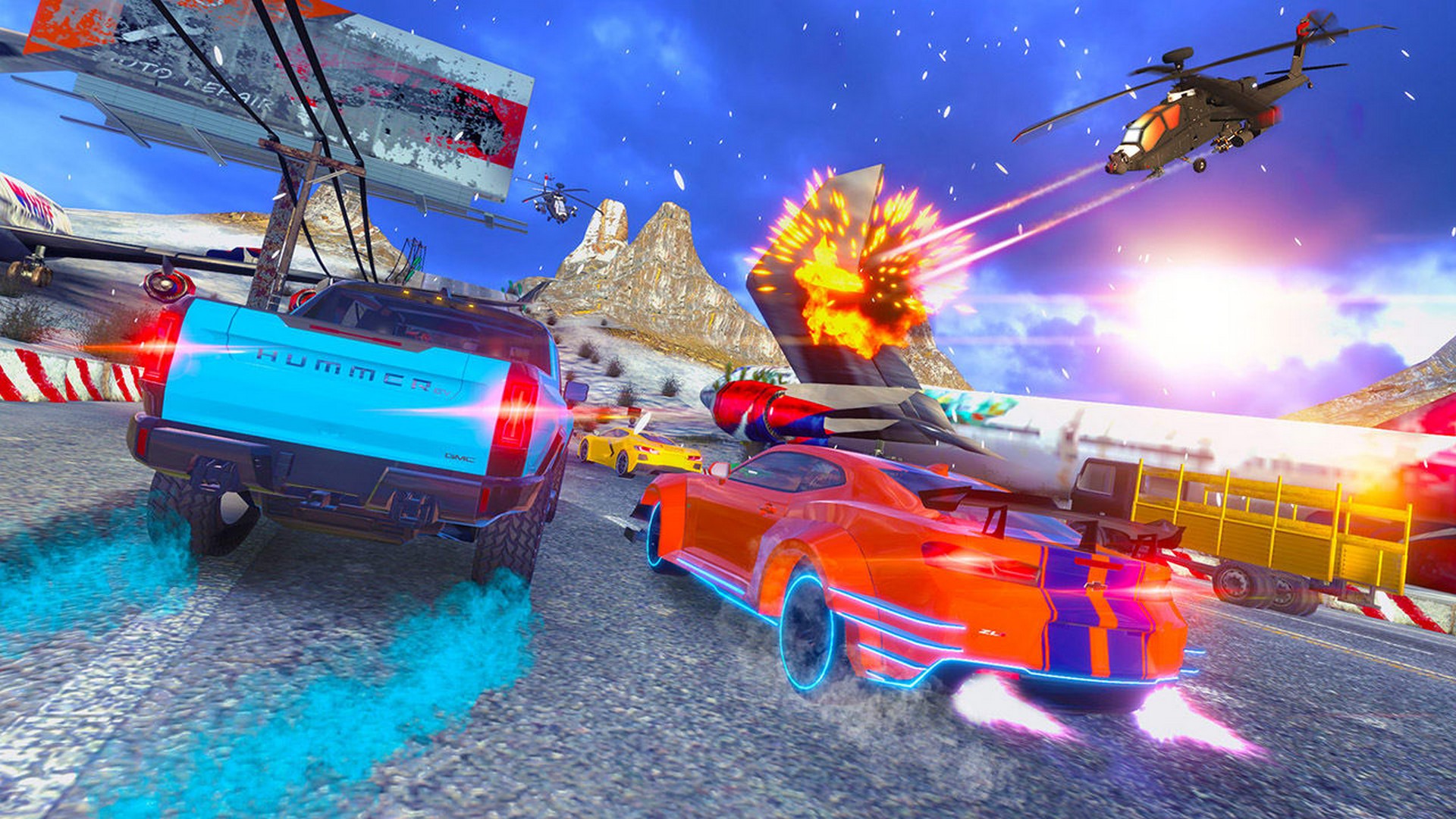 The arcade version had a very limited amount of tracks to rip through and thankfully Raw Thrills have added an additional 19 exclusive tracks to the Switch from the original five. Almost every track is carefully and methodically paced out to take you on a thrill ride akin to a roller coaster experience. This is especially showcased when you are tearing down the mountain side while a truck flips from an alien spaceship attack, only for you to flip down a broken road into a burning city. The attention to detail shines when the tracks are coated with neon lights to pave the way through a daring escape scene and launching yourself through a wayward Ferris wheel by the skin of your teeth.

It was a pleasing art style with emphasis on background storytelling rather than in detailed up close buildings with realistic proportions. Hell, the giant racetrack with glowing floors and bumper rails to keep you on track in the centre of a city is a clear indication that realism is taking a back seat. I do believe I heard the oddly catching Lo-fi theme song more than any other track, yet each one had a fast enough beat per minute to help artificially raise the heart pumping a bit faster to keep the adrenaline feeling flowing. Some had a bit of rock-inspired thumping beats that made you feel like a badass when you scrape a victory from the cusp of defeat.

One of the more surprising details was how smooth the frame rates ran in docked and handheld mode. The Switch typically isn’t a powerhouse of a console and the lighting and textures are purposely dulled a bit to help to keep a steady FPS. It looked crisp as the camera zoomed out as I dramatically blasted through the radiant landscapes of Brazil. Notably, however, when you switch to local co-op there is a visible dip in quality, not enough to take away from the visual candy that is Cruis’n Blast. 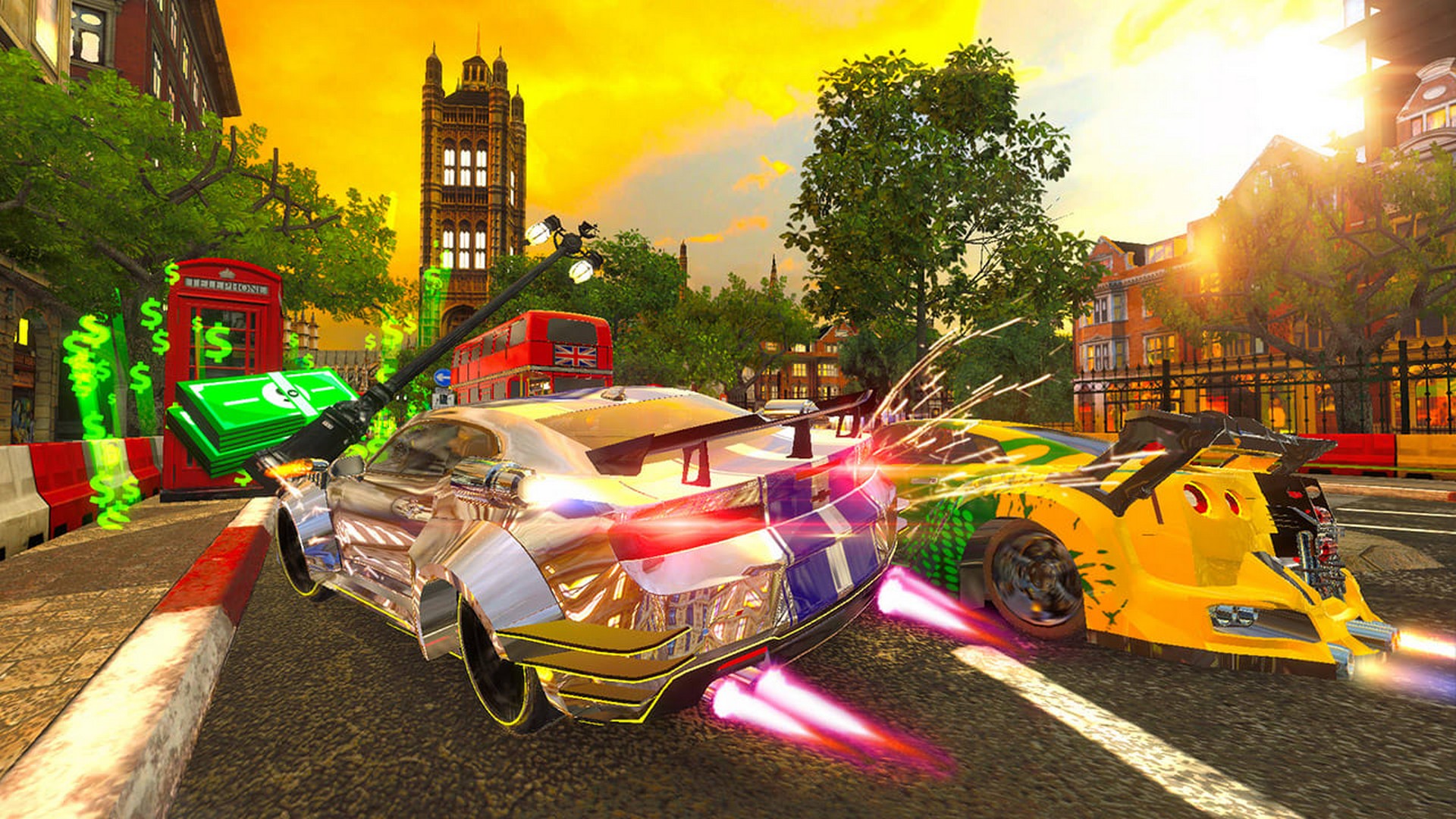 The key takeaway from this game is how simplicity drives the fun factor and gave me many laughing moments. The joy-cons are such a limited controller when you split them in two to share with your friends that the game has adequately designed around it. You could quite literally hold the accelerator and not steer and still finish in the top 4.

There is a break button but you can honestly forget it exists as you can never be turned around and will never actually have to worry about the map falling apart stopping you from continuing. They have added a boost with a successful drift and you can pop a wheelie and flip until your heart’s content off jumps as well.

You may have to forgive the obligatory rubber banding features that are unfortunately present in a lot of racing games but having everyone neck and neck adds to the edge of your seat feeling they were shooting for. I found myself coming back for more to find the hidden keys on each course to unlock more cars, unicorns, or dinosaurs to drive…yes, you read that right. So, let’s set aside the serious hat and get silly with some balls the wall racing with Cruis’n Blast for the Nintendo Switch. 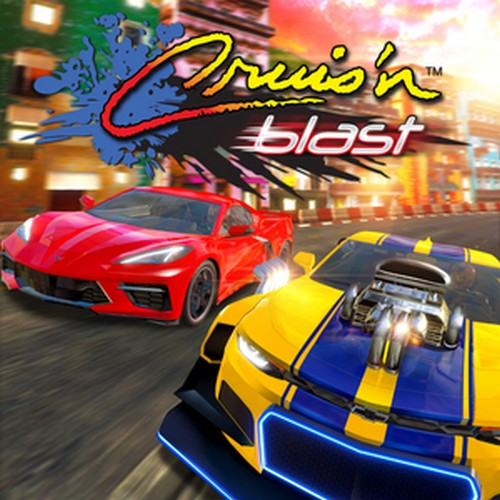 Grab the wheel of 23 custom rides from licensed supercars to monster trucks and unicorns!