The story is set in a world where vampires and humans co-exist, but the story primarily revolves around the main protagonist “Damsel” or called by her friends “D”, a vampire hunter/agent for the DSA (Department of Sanguinarian Affairs) that tasked to uncover illegal activity.

Helped by her colleagues and friends, Swan and Die-ode, D uncovers a plot involving the corporation creators of a product called “Red Mist”, that may have a lethal ingredient in their secret recipe. With the overall story broken into three parts, all presented in a terrific comic book art style, it was highly enjoyable for the simplistic story to unravel over time. Now enough about the story, what about the gameplay and controls you may ask? When diving in, you have the option to take the game on any way you like as they ease you in as a beginner. For those that have a little more under their belt and want a little more challenge, an Arcade Mode and a Damsel Dash Mode with a leaderboard, offers that extra meat to the bone and is definitely a fun option.

Controls are easy to learn and are explained at the beginning, without throwing you out on the deep end, especially for people first getting into the game. So easy in fact, that they come as second nature by the time you know it and you will be wall jumping and gun leaping in no time at all. I found it all came down to the smooth and simplistic combat style.

Even though Damsel only wields her shotgun and wooden spike, the simple combat is a clean addition rather than cluttering up the game with unless items you would only use once. Some missions do seem rather impossible but the catch is following the objective rather than just trying to do everything in the mission. Choose your battles wisely. The downside though is the maps can seem a little repetitive, with the only change up being the enemies and objectives. The objectives seem like they just go in rotations between the same maps.The variety of enemies does mix it up a little along the way with the various obstructions such as lasers and electrical barriers, but the overall backgrounds are the same. It’s those enemies and obstacles you have to worry about as the game does offer an addictive nature to it. It does also give off an air of nostalgia just like old school games like ‘Commander Keen’ and ‘Halloween Harry’ or even as recent as ‘Dead Cells’.

In saying that, I found myself regularly saying “just one more game” making it 50 levels in before I realized how long I was playing for. With the background music also being a perfect fit to the fast paced action making it a nice combination. For some reason, I thought to myself that it was like the nightclub scene in Blade with the loaded music that’s perfect for slaying vampires all night long, and I loved that.

Overall, Damsel is a fun, action packed platformer game that is great for a challenge, especially if you enjoy doing speed runs and also want to enjoy the interesting world that it brings. Simple controls, addictive play and a positive protagonist in Damsel, this title is a terrific time waster for all. 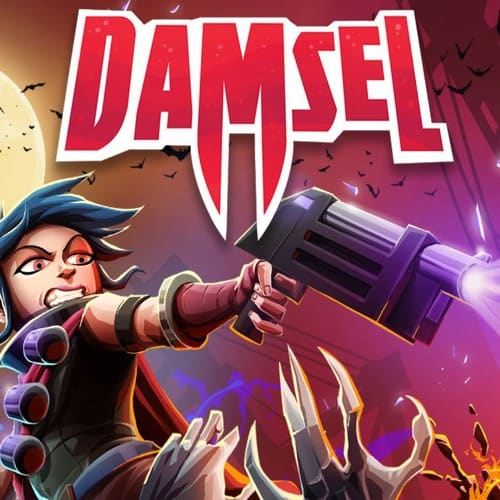