Back in December, we were given the opportunity to try out Darksiders Genesis on PC. Airship Syndicate had moved away from the God of War-esque play style and moved more towards the likes of Diablo, as well as introducing multiplayer, allowing two people to team up and control either War, or the newly introduced Strife. Originally only available for PC, Darksiders Genesis is now available for Xbox and Playstation, and once again I was awarded the opportunity to try it out.

For a fully comprehensive of the whole game follow the link here: https://www.mkaugaming.com/all-review-list/darksiders-genesis-review/

The PC version specifies that the game is best played using controllers, and I have to say that I agree. Controlling like a twin stick shooter, Darksiders Genesis is built for console and plays exactly the same as the PC version. If there is any difference, it went completely unnoticed as the port to console is as smooth as butter. The controls transfer over perfectly to a controller from keyboard and mouse, with button mapping a simple to master. So smooth is the transfer, that I’m finding it difficult to write anything I haven’t already touched on in my last original review.

It isn’t very often that a game effortlessly makes this transition, and most games will have something suffer as a result. Darksiders Genesis is the exception. Whether I continue to play on PC, or jump on Xbox with some friends, I know that I am going to have the same experience either way, minor flaws and all. Airship Syndicate has raised the bar for other developers, and I am curious to see how this will affect games moving forwards. 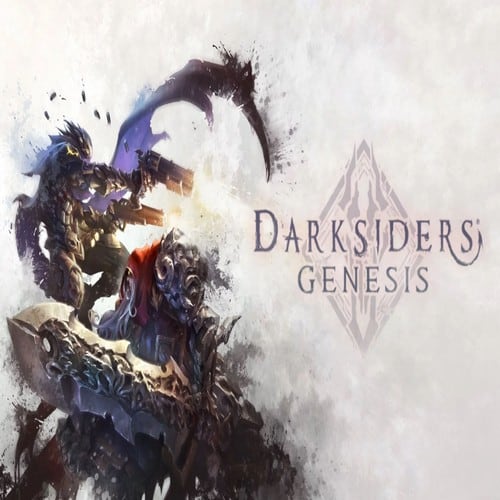 DARKSIDERS: GENESIS gives players their first look at the world of DARKSIDERS before the events of the original game. Furthermore, it introduces the fourth and last horseman STRIFE, as well as Co-op gameplay for the first time in the history of the franchise.