‘Day and Night’ is an ode to Tetris you’d never expect. This little nifty indie game developed by Ridiculous Games, is at its core, a Tetris game for the Nintendo Switch, but with so much more. A puzzle game, it makes you keep playing more and more with its addictive style, and like the title suggests it features a day and night cycle, with seasons in between.

Primarily, Day and Night feels like a learning puzzle game for children that features 5 modes. “Rehearsal” being the starting point as your tutorial, then “Story” to play through and adventure, “Versus” pitting you against friends or CPU, “Survival” to see how long you can last and finally, “Dare” for a real challenge.

In this tale, you play through these cycles matching up the blocks until you fill up the bar, which then continues to rotate the times of the day, all the while competing against your opponent until either player is defeated. The controls are straight forward in the sense of they are no different from Tetris, but it’s the mechanics that are just the little bit more extra. 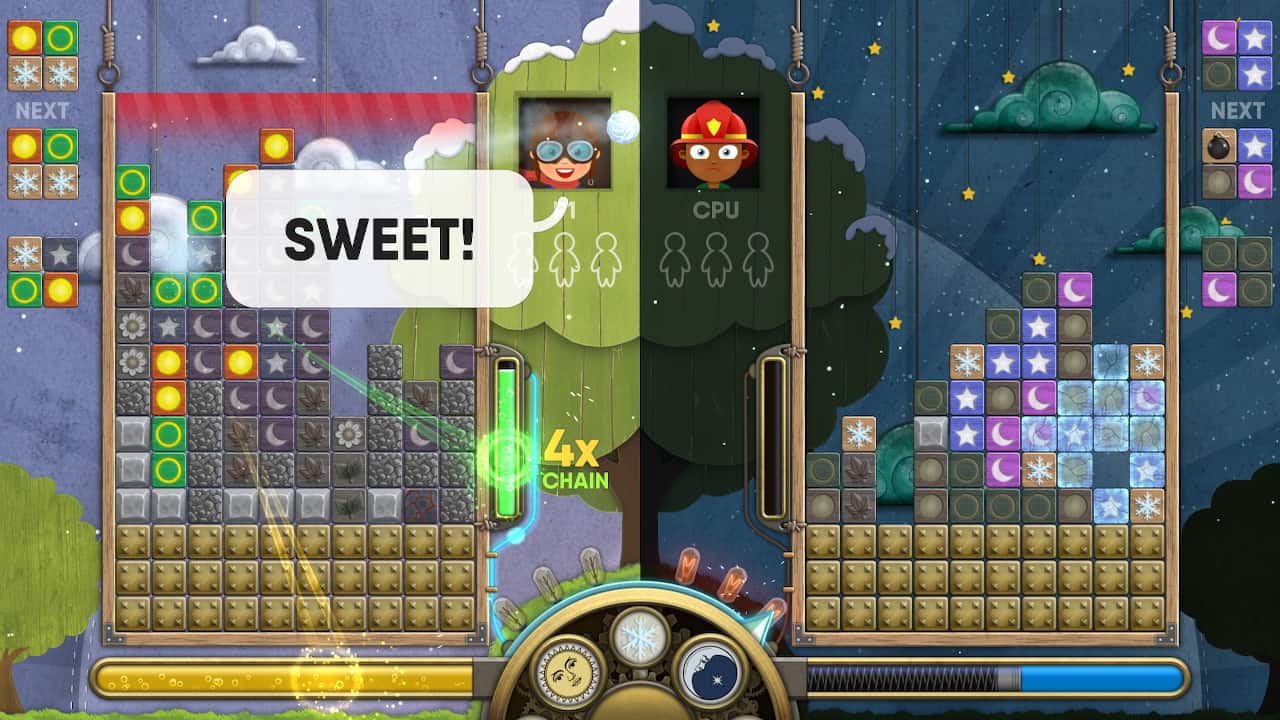 Instead of the set shapes, you play with 2×2 blocks that are made up of even more different ones, you have your ‘day’ set of green and orange and a ‘night’ set of purple and blue, but then season blocks are also thrown into the mix.

Each season block feature different abilities that are used as attacks on your opponent. Likewise, these might be used as weaknesses on you, for example; Winter blocks need to avoided from stacking as it freezes up the play field, but if used strategically can give you an advantage. As you progress, the more your opponent scores in points, the more your area shrinks and vice versa, making for some interesting moments.

The game environment is depicted in a performance stage like atmosphere, with textures that are very flat. The graphics are simplistic as the characters are often singular solid colours. The surrounding areas contain more detail. A cool little throw away feature also, is the fact, that while you play as a child against other children you can unlock outfits such as hats to customise your avatars. 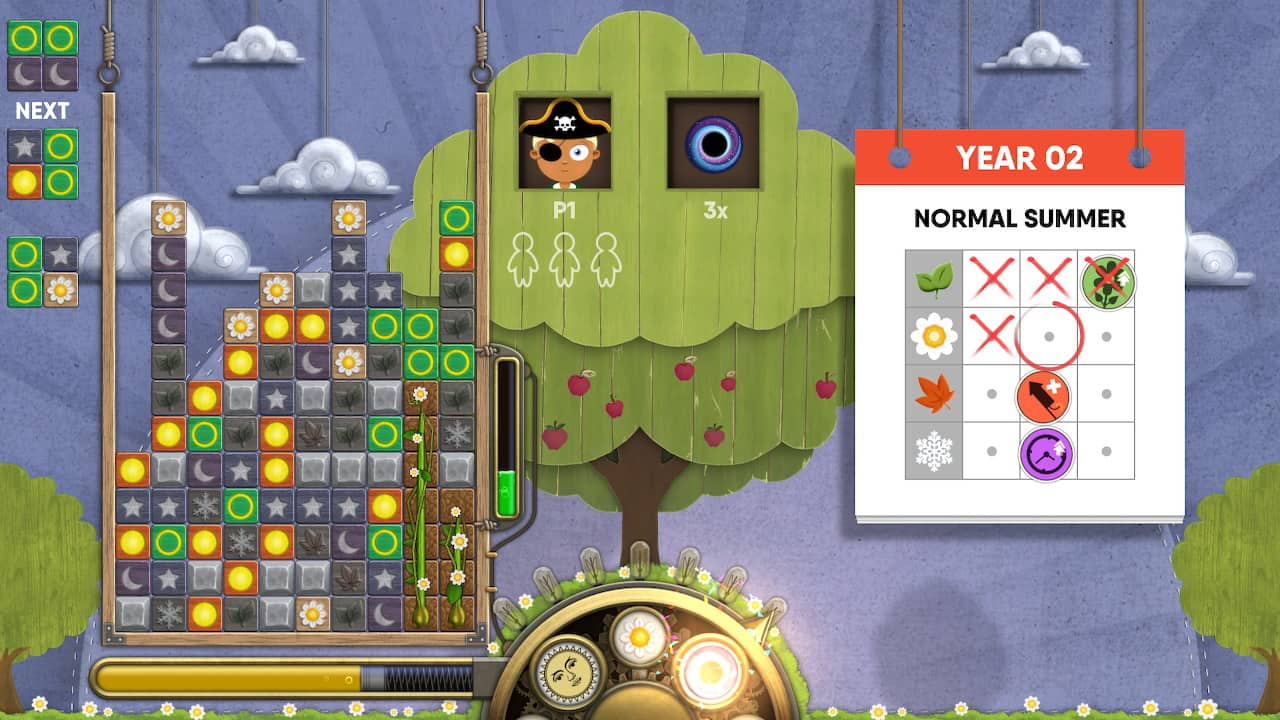 Day and Night also features orchestral music, some of which you’d have heard before somewhere, it’s that pretty generic. Other than that, there is very minimal audio, as most of the songs repeat. In game audio is also limited, being another title that I often played with the sound muted.

Overall, I was expecting something different to what I played. I thought to myself, ‘Yeah, it’s just another Tetris game it’ll be fun’, but nothing amazing, man was I wrong. With it being so different, yet keeping to the core principles of that genre, this was certainly a perfect decision by the developers.

By really taking the base mechanics of what Tetris is and flipping it on its head literally, this is definitely one entertaining arcade experience for friends and family. Although the audio is a little repetitive after a while with not much variety, the game is still a fairly enjoyable. 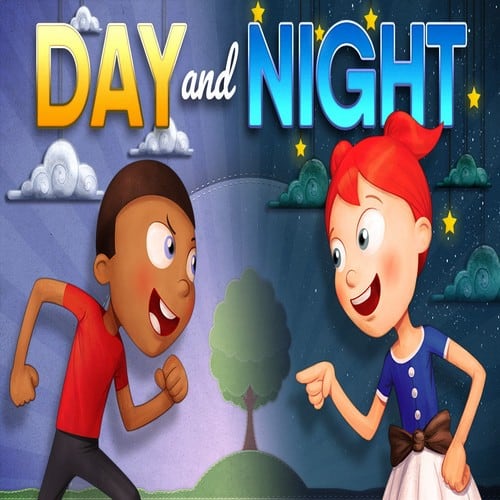 In this fast, fun and frantic puzzle game, match and collect blocks and stay alive long enough to change time, flipping both the game and the rules!. An epic battle between Day and Night sees two opponents - a friend or CPU - race to collect their own time-themed blocks while managing the blocks of their opponent.