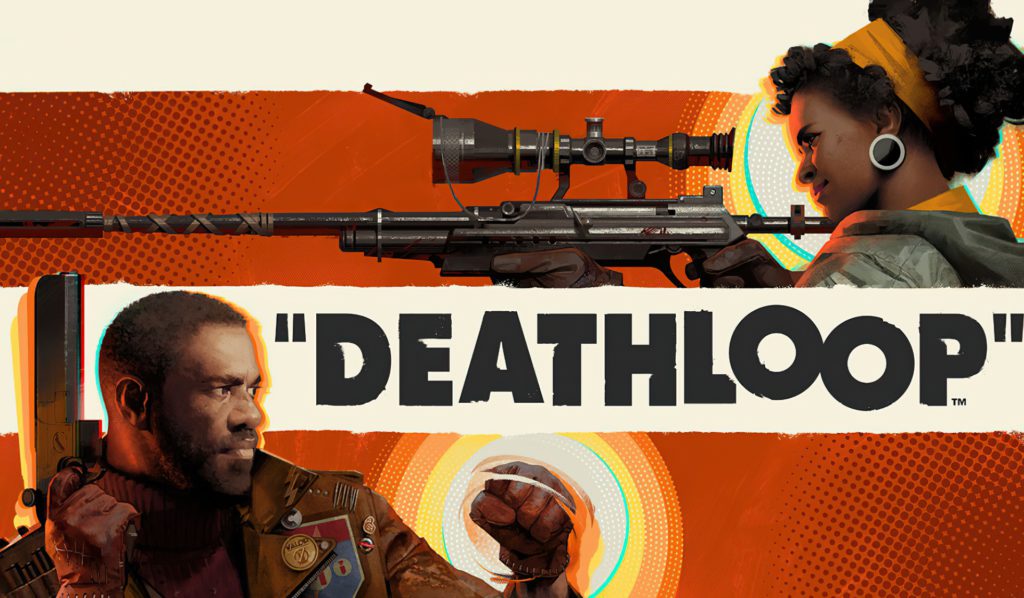 Best known for Dishonored and Prey, the latest release from Arkane Studios, Deathloop, is finally upon us.

You play as protagonist Colt Vahn who is stuck in a time loop. The game starts off with Colt being killed by a mysterious woman named Julianna Blake. Colt then wakes up on a beach on an island called Blackreef with no knowledge of who he is or how he got there. Not long after waking up, Julianna makes contact with Colt and explains his situation along with how Blackreef and the time loop works.

In order for Colt to break the loop, he must track down and kill eight targets called the Visionaries within 24 hours. Blackreef itself is divided up into main areas, and each day cycle is split up into four times of the day; morning, noon, afternoon, and evening. As you play and explore each area, and in each of the different time periods, Blackreef will open up.

After each loop, Colt holds onto anything he learnt. These include things like any shortcuts found to help get around the map without being seen or pin codes for door locks and gated-off areas. So exploring and gathering as much information about each area is highly recommended making it a lot easier for you to plan and kill each of the Visionaries. 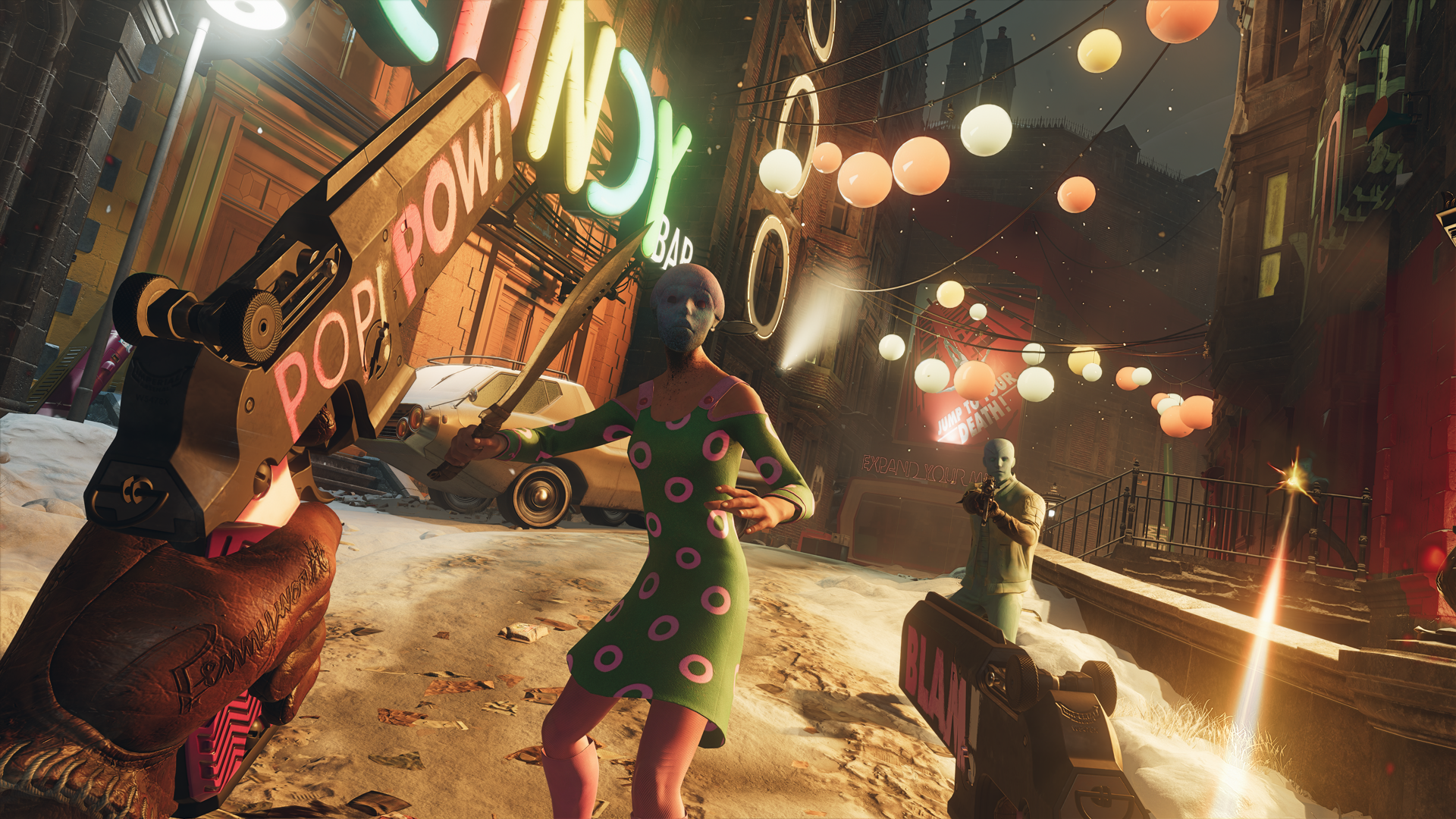 I can hear a lot of you all thinking, this sounds like a lot to take in, and at first, sure it will seem like that, but don’t worry the game actually does a very good job at easing you into it all. After each area or mission you’ve completed, the menu screen is your best friend, keeping track of everything you’ve done, and everything that you’ve still yet to complete.

You’re able to chip away at missions with the game giving you very clear markers on where you need to go and what needs to be done to progress. Sure, the end goal of trying to take out eight targets might be a challenging task on its own, but how to get there is clear and straightforward.

Now as for weapons, Colt can’t take weapons or skills he has found with him between loops. In the beginning anyway. As you play you’ll gain the ability to harvest a material called “Residuum”. You’ll be able to use this material to infuse into items giving you the ability to carry them over into each loop. This is the same for abilities. After each of the eight targets you take down will grant you special abilities such as invisibility or teleportation. 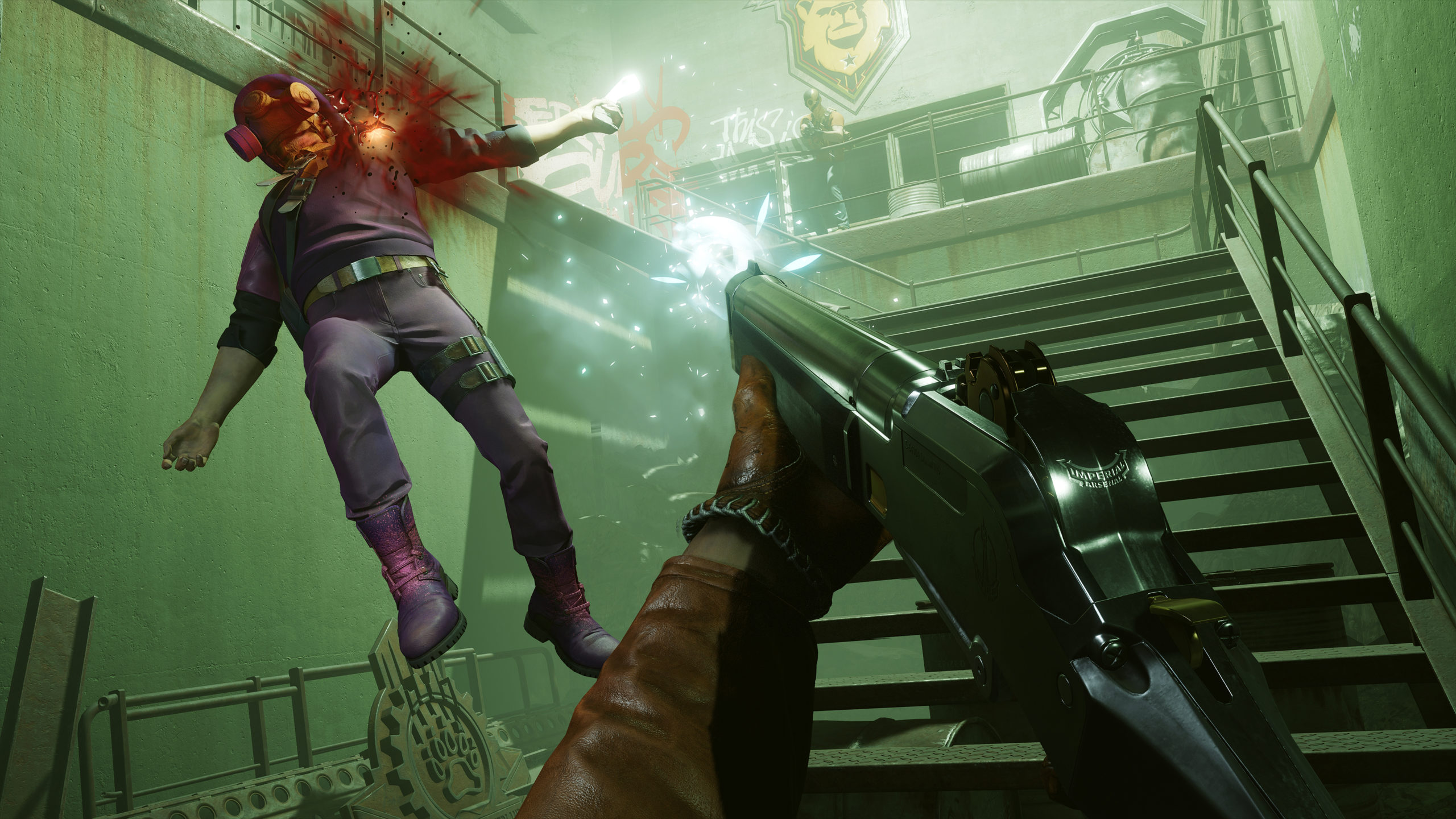 While the premise of having to revisit 4 different locations over and over might sound repetitive, it didn’t feel that way. Outside of finding new information with each time loop, Deathloop gives you plenty of missions and objectives to do such as infiltrating a masked ball or just simply turning on a series of generators. There is always something to do.

And it’s not always, go in guns blazing. It wouldn’t be an Arkane Studios style of game if stealth wasn’t an option. Sure guns out is totally something you can do if that’s your kind of thing and with the interesting and fun types of guns at your disposal, such as say a handgun loaded with nails, so why would you not want to use them, but with how some areas are laid out, using a combination of stealth, and creativity can be a lot of fun. I found myself hardly even using guns in some areas, well outside of the weapons that I could use for stealth takedowns. This is all a prime example of Arkane Studios giving you, the player, the option of tackling the game any way you please.

Now, while Deathloop is mostly a single-player experience, it does have an interesting take on multiplayer. While you play as Colt for the main story, you can also play as Julianna by selecting “Protect the Loop” from the main menu and invade another player’s game to, as the option suggests, prevent Colt from breaking the time loop. It can get pretty stressful when you’re being hunted as you never know when someone enters your game, but at the same time, it’s a lot of fun. 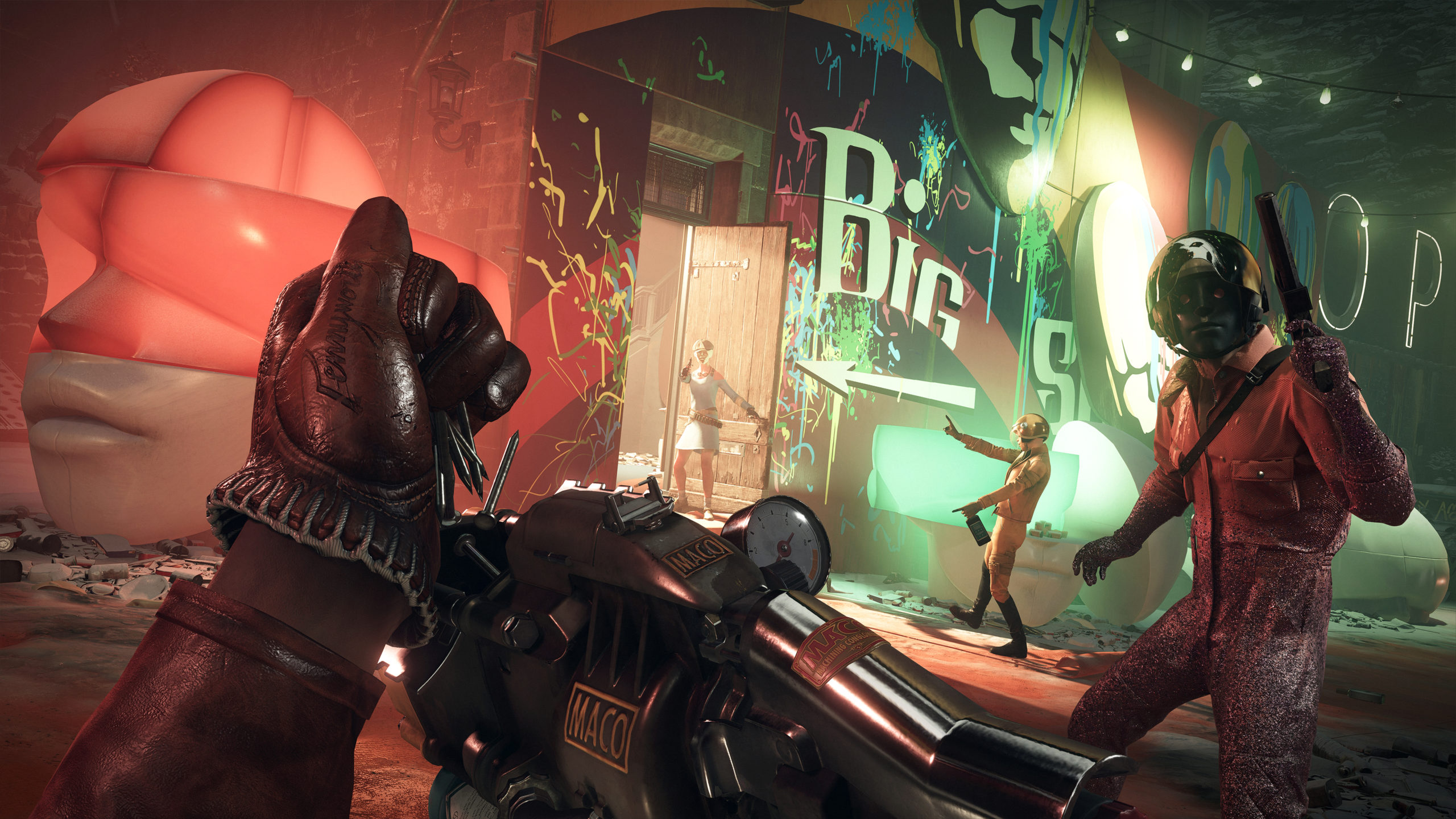 Finally, being currently a Playstation 5 exclusive, the DualSense controller provides further gameplay immersion with the haptic feedback replicating things like footsteps and the adaptive triggers giving guns different feedback during gunfights. Outside of that, it’s business as usual.

All in all, I really enjoyed my time with Deathloop. I’m actually in the middle of my second playthrough, attacking the story from different angles and exploring places I didn’t the first time around. Arkane Studios has crafted a fascinating and interesting place with Blackreef.

In most games, death is usually something you avoid, but in Deathloop, death is sometimes the only option. Now, time to jump back in as Julianna and stop my friends from “Breaking the loop”. 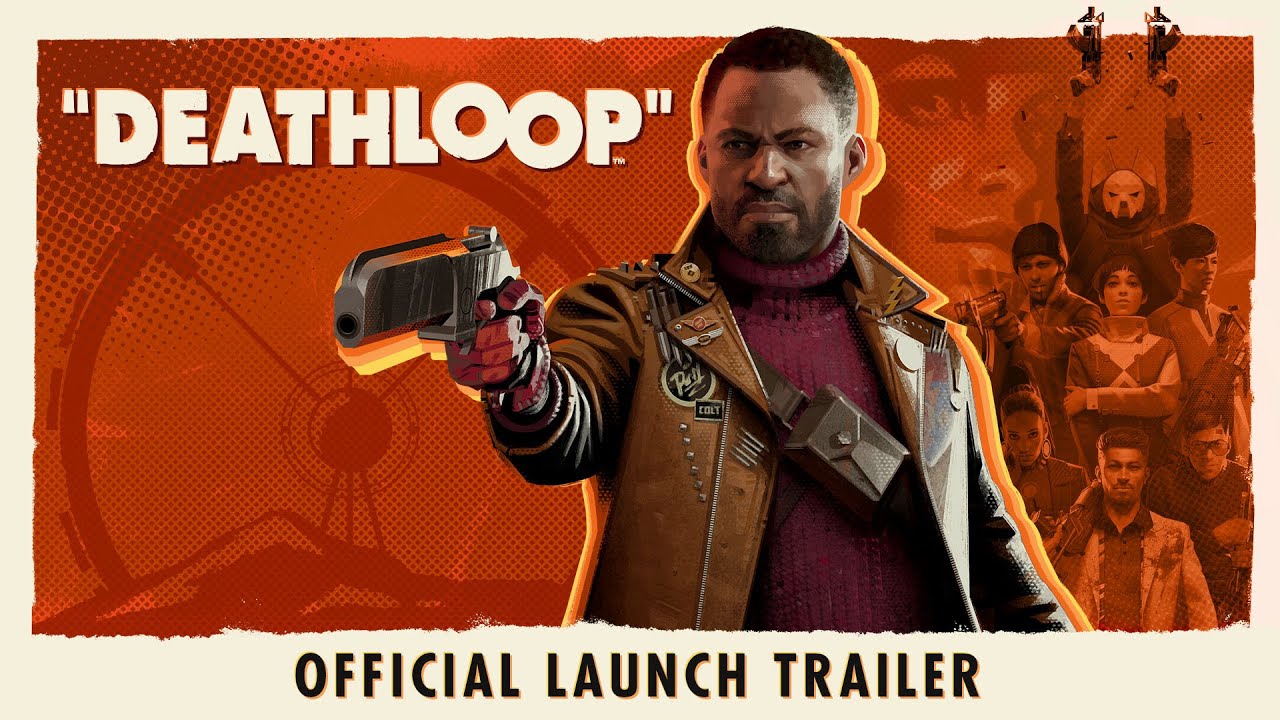 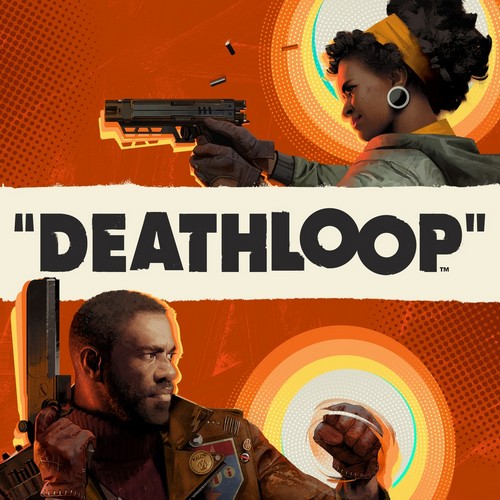 DEATHLOOP is a next-gen FPS from Arkane Lyon, the award-winning studio behind Dishonored. In DEATHLOOP, two rival assassins are trapped in a mysterious timeloop on the island of Blackreef, doomed to repeat the same day for eternity.